Bruce Willis saves his family and Keira Knightley makes a splash in two new films this week on DStv. 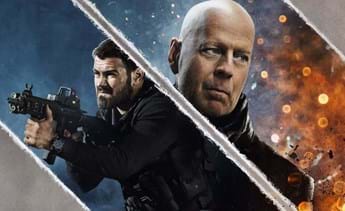 You’d think that bad guys around the world would know better than to threaten Bruce Willis’ family. On the M-Net (DStv channel 101) Sunday night blockbuster, Hard Kill, the action will certainly be next level as a determined Willis must save his family or die trying. Like a platypus, this gentle computer nerd becomes a force to be reckoned with when trapped.

For all the sports fans in your house, this weekend is going to be more action-packed than a Bruce Willis movie marathon. It’s open week and that means unlimited sports from 13 to 14 March from the app. Download here and enjoy!

First on Showmax, get ready for a historically themed double-Keira bonanza. First up in Misbehaviour, experience the shocking events surrounding the 1970 Miss World Pageant that was the catalyst for diversity in beauty standards. Then Gavin Hood (Tsotsi) directs the grinned wonder in Official Secrets which looks at agencies working to blackmail leaders in order to bomb Iraq.

Read on for even more movie magic or click here for the freshest flicks.

Bruce Willis stars in this action blockbuster as Stephen E. Rivkin, a brilliant software developer whose company is worth billions of dollars. Their new operating system, Hydra, is set to revolutionise the world, providing access to any piece of information you could possibly want – from almost anywhere. It’s so safe that Rivkin stores his own daughter’s medical records and X-rays on it. Unfortunately for him, he has enemies who still remember the terrors of 9/11 – and they’re determined to avoid any future attacks in any way they can.

A tale of how a cause for women inadvertently became a cause for persons of colour. Set in London just before the 1970 Miss World competition, a women’s liberation movement decided to make a splash at the live broadcast of the crowning. After the broadcast resumed, there was an additional uproar when Miss Grenada becomes the first black woman to be crowned Miss World.

Directed by South African filmmaker and Academy Award Winner, Gavin Hood, this film is based on true events. In 2003, Katharine Gun leaked a memo that implicated British and American agencies of trying to manipulate a United Nations vote regarding a possible Iraqi invasion.

Get the DStv app, a free service for DStv subscribers. With the DStv app, the same channels you watch on your decoder at home are available for you to stream online at https://now.dstv.com or by using the DStv app on your phone.