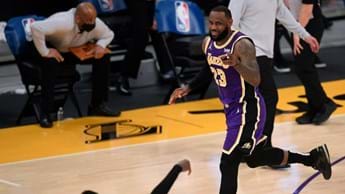 The 2021 National Basketball Association (NBA) annual All-Star exhibition match and the iconic March Madness collegiate basketball tournament will bring the very best of basketball to screens across Africa this March on ESPN and ESPN2.

Showcasing 24 of the league's star players, The NBA All-Star match will air live on ESPN2 (DStv channel 219) on 8 March 2021 at 03:00. For the first time, the league’s annual global celebration of the game will take place on one night only, during which the two All-Star teams will compete to win each quarter for their respective charity beneficiaries.

To whet the fans’ appetites, the exciting 3-Point Skills Contest will take place right before the game in Atlanta on ESPN2 from 01:30 with Portland Trailblazers’ superstar Damian Lillard set to take part. Repeats of the 3-Point Skills Contest and the All-Star match will be broadcast later that day at 8:00, 15:00 and 21:15, all on ESPN2.

Los Angeles Lakers’ LeBron James and Brooklyn Nets’ Kevin Durant lead the list of 10 players who have been selected by fans, current NBA players and a media panel to star in the 2021 NBA All-Star Game. The two legends will serve as team captains for the Team LeBron vs Team Durant matchup as both players lead their respective conferences in voting and will draft the rosters from the pool of players voted as starters and reserves for each conference on 4 March.

Durant will, however, not play in the game due to a hamstring injury that has prevented him from playing in the last seven Nets games. He will stay on as captain though, after receiving the most fan votes of any player in the Eastern Conference. Indiana’s Domantas Sabonis will replace Durant on the court, with Boston’s Jayson Tatum moved up from reserve to starter to fill in that gap.

On the same day, 8 March, the next video in the Bob O’Connor comedy series will launch on ESPN and ESPN2, and on ESPN Africa social media platforms as the special correspondent continues his hilarious commentary on American sports.

The action on American basketball courts continues later in the month as the National Collegiate Athletic Association (NCAA) March Madness matches is scheduled to start on 18 March.

This popular NCAA single-elimination basketball tournament features no less than 67 college teams. This tournament is known as one of the standout and most thrilling annual events on the sporting calendar. With 2020’s tournament having been cancelled due to the pandemic, fans are chomping at the bit for this year’s instalment of March Madness, which will broadcast live on ESPN (DStv 218).

“An action-packed schedule, stuffed to the brim with the very best basketball action, will culminate in both the NBA All-Star and March Madness champions being crowned, live and exclusively on ESPN and ESPN2,” said Evert van der Veer, Vice-President, Media Networks, The Walt Disney Company Africa. “It’s going to be a great month for basketball fans across the continent.”

For updates on the NBA, March Madness, and from the world of American sports, fans can connect to @ESPNAfrica on Facebook, Twitter and Instagram or visit https://www.espn.com/

DStv has extended its Catch Up service to Access and Easy View customers, and expanded the offering for DStv Compact Plus, Compact and Family