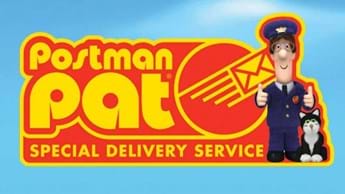 The holidays are nearly here! And you can start the party early when you Choose Joy and spoil the kids with some awesome children’s movies, shows and entertainment on DStv!

For the older kids, superheroes ready to save the day are back in new episodes of Ghost Force on the Disney Channel (DStv channel 303), and Danger Force is also back with epic new adventures.

And for the little ones, a brand-new show called Newton Adventures starts on CBeebies (DStv channel 306), and a special Postman pat series, Postman Pat: Special Delivery Service, will also brighten their day.

Liv, Andy, and Michael are 3 junior high school students who, unbeknown to their friends and family, form the Ghost Force – a superhero team who have 1 main objective: Keeping the City of New York safe from feral and mischievous ghosts who wish to take over the city in this animated adventure series.

In new episodes of this kids’ superhero series, Captain Man and the Danger Force are hired to deliver a big-budget Hollywood movie to its premiere, but the producer warns them that rival studios and internet trolls are out to steal the movie.

Tune into this kids’ show where Freddie has a bug hotel, and he wants to make beds for the bugs with sticks and leaves. Unfortunately, all the sticks he can find in the garden are the wrong size!

For over 27 years, Postman Pat has delivered enchanting entertainment to the delight of young children around the world. In his latest series, Postman Pat Special Delivery Service (SDS), everyone’s favourite postman, delivers more than ever!