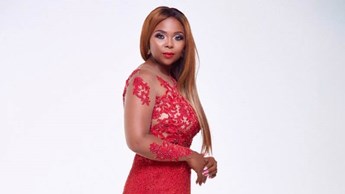 As one of the faces of football on SuperSport, Mpho Letsholonyane is among those chosen to be celebrated in SuperSport’s “Define your Great” campaign, an opportunity for the names behind the headlines to reflect on their individual journeys through the world of sport.

The campaign launched on SuperSport last weekend and gives a glimpse at what has defined these women’s paths and what drives them to leave a legacy.

“Being a woman in sport is a daily struggle but we keep it moving,” she says of the stereotypes that continue to prevail. Not that she’s daunted: she’s navigating her own path.

“Do your homework, learn the game, but most importantly, have fun,” she says of her attitude towards work.

Having grown up in Daveyton, east of Johannesburg, she says that sport was a huge feature of her life. “Growing up, my father would wake in the early hours to watch boxing. I also developed an interest in football because our weekends consisted of having my dad’s friends over to watch a match. He would on occasion take me to the stadium. I loved the stadium vibe, and still do.”

For all her father’s influence, her mother remains her eternal role model. “She is an unbelievable human being and her never-say-die attitude towards life keeps me going.”

Letsholonyane herself gravitated towards sport and was a 100 and 200m athlete at school – she was vice captain of her school house athletics team – and dabbled in football with the boys on her local street.

Having signed up with SuperSport for the first time in 2009, she has enjoyed some singular highlights.

These include hosting the 2018 FIFA World Cup final – “one of those standout moments for me” – and unprecedented in SA television history.

“I felt the responsibility of not letting down any woman who will [again] one day host the final,” she says.

The previous year, 2017, was also momentous as Letsholonyane became the first woman to host the SAB Media Awards, in its, and her, 37th year.

“I have also thoroughly enjoyed anchoring multiple tournaments on TV, from Afcon to Chan, to the Olympics and local cup competitions. Sport broadcasting has been quite a ride.”

Even though she has many ambitions, her mind is well set on the legacy she would like to leave.

“Empowering women through the gift of conversation and giving the ability to open up the industry, and not just in broadcasting,” she says emphatically.

She says she is motivated by doing what she loves. “I get to meet some of my fave sports personalities. I’ve achieved a lot of what I’d set out to do and I’m excited about the future.“

Notwithstanding her own status as a role model, she admires Serena Williams for her mental strength and colleague Motshidisi Mohono for her grace and passion for rugby. “Serena’s made of steel, something women tend to need in bucket loads just to navigate life. On the broadcast side, I love watching Motshidisi at work. She’s amazing. Besides my mother, I am inspired by watching how others navigate through life. I take lessons from different people.”

Football, cricket and golf vie for her affections – and in that order – with Caster Semenya and Williams favourites.

“Others are Zlatan Ibrahimovic for his wit and arrogance, Erling Haaland because I’m curious about the legend he is about to become, Lewis Hamilton because he’s been magic on the track, Ntando Mahlangu because he’s such a chilled person. And Akani Simbine, a talented and amazing human being to boot.”

Asked about her inner greatness, Letsholonyane offered a response that reflected her deep self-awareness.

“One can’t truly say they are great unless they can point to doors they have helped open for others along the path to greatness. With that said, I’m still working on my great, but it feels awesome to know that someone thinks I’m great. I am honoured.”

From the UEFA Champions League to Vodacom Super Rugby, live stream up to 11 SuperSport channels, including. Catch Up on highlights or download to watch later via the DStv app on your mobile device. DStv can be accessed online at now.dstv.com or through the DStv app for Android or iOS. The app is free to download on the Google Play Store, Apple App Store or Huawei App Gallery. Live channels and Catch Up content are available and data costs will apply when streaming and downloading content.