Police, parenting & politics in Brooklyn Nine-Nine, Loli’s Luck and The Oval on DStv this week 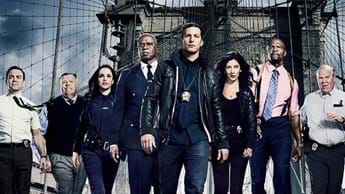 The heat is on this September with three awesome new international series coming exclusively to DStv this week!

Comedy Brooklyn Nine-Nine will take its final bow with the start of S8, which was completely re-written during 2021 to reflect on both COVID-19 and the BLM movement. And Jake and Amy have plenty of family drama at home, too, during their first year as parents.

Telemundo (DStv channel 118) brings us a delightfully funny and romantic brand-new telenovela Loli’s Luck, which will tug at your heartstrings.

And new episodes of political drama The Oval will bring fresh scandals and challenges for First Family the Hunters at The White House.

In the final season, Detective Jake Peralta and his police friends will tackle the Black Lives Matter movement and the precinct experiences drastic changes as a result of the COVID-19 pandemic. Rosa quits her job and becomes a private investigator after losing faith in the system.

Successful, independent career woman Loli Aguilar’s (Silvia Navarro) life changes when her best friend dies, leaving her custody of her two children. Suddenly Loli must tailor her life and decisions around the children’s needs while building a new support structure for them.

S2 is back from a beak with Donald returning home to a surprise that makes him rethink his approach to Lily. Sam acts out of character, and Hunter holds his first cabinet meeting, but it doesn’t go as Donald had planned.