Local Women rule in Giants of The City, Lezothi, Legacy & Reyka, on DStv 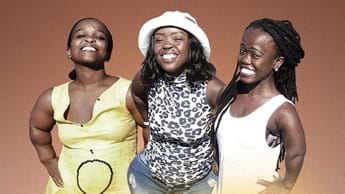 Get ready for amazing Women’s Day content this week on DStv, like Mzansi Magic’s (DStv channel 161) sassy TV movie Lezothi. And meet some little people making it big as theytackle the challenges of life in Johannesburg with dwarfism in Giants of The City.

Local M-Net (DStv channel 101) crime drama Reyka sees our favourite profiler Reyka get closer to the cane fields serial killer – and her abductor, Speelman – while the Price family divas are setting their differences aside to try to save Felicity from her evil husband in local telenovela Legacy.

There’s a thrilling new season of true stories that shocked South Africa in Huisgenoot: Ware Lewensdramas. And don’t forget the fabulous drama and scandals in fresh episodes of local telenovelas Lingashoni and DiepCity.

If it’s local, it leads

Giants of The City S1

This local reality show takes a look at the challenges faced by people living with dwarfism in both in their personal lives and their struggles trying to navigate the metropolis.

When doctor Nozipho returns to her hometown where she was referred to as undesirable, she suddenly becomes the most eligible bachelorette. Almost every man tries his luck with her, including her childhood friend, Letlapa.

South Africa's popular magazine Huisgenoot shares some of its biggest stories. S8 starts with an investigation into the mysterious death of 3 people in Pretoria, and the assassination of an apartheid activist.

Reyka is rushed to hospital after she gets burnt trying to save a traditional healer’s life. The healer’s employers, the Tyrone family, are pulled into the case and are accused of harbouring a witch doctor responsible for the murders.

James plots his takeover of Legacy and has complete control over Felicity. Dineo, Elizabeth and Angelique gather for their war party to take back control over the company, and Angeligue reveals 1 of her biggest and darkest secrets.

Mandla knocks in the last nail on Mohau’s coffin, the Mchunu brothers have a sticky situation on their hands, and Mpumi starts to feel the consequences of her actions. Mandla must then protect what’s left of the Cele reputation.

Smangaliso gets an ultimatum, Ntswaki seeks Maureen’s help with a woman invading their territory, and Makazi makes Sne’s life difficult. Maureen suspects that’s there is more to Mgedeza’s relationship with Zola and she goes mad with jealousy.