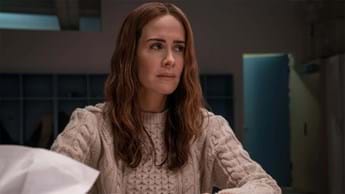 Zombie beavers? In this economy? DStv dials up the thrills and the laughs this week at the movies.

Sarah Paulson plays a mom with a sinister secret in the psychological thriller Run. Successful drug dealer Quadir Richards (Columbus Short) is ready to give up his empire in True To The Game when he falls in love, but it’s not a business you just leave. Things turn freaky when a group of college friends on holiday run into deadly wildlife with a difference in Zombeavers. And in romantic comedy Dating Amber, 2 friends fake a relationship to hide their sexual preferences from their parents.

Grab the remote and get cosy on the sofa! And for more snack-sized info on DStv’s biggest shows, check out #OhSnack on the DStv YouTube Channel.

Teenaged Chloe (Kiera Allen) has a range of health conditions and is home-schooled by her mother, Diane (Sarah Paulson). But Chloe starts to suspect that Diane is manipulating and controlling her in this psychological thriller.

A group of college friends’ much-needed break from their studies is ruined when they are attacked by undead aquatic rodents that want to feast on their brains in this horror comedy. Starring Rachel Melvin, Cortney Palm and Lexi Atkins

True To The Game

In this high-stakes crime thriller, a charismatic drug lord tries to start a new life after he falls for a young woman who makes him see the world differently. Starring Columbus Short and Vivica A. Fox.

In this comedy set in Ireland during the mid-’90s, Eddie and Amber fake a relationship to stop everyone speculating about their sexuality. Eddie wants to follow his dad into the military, while Amber dreams of moving to the liberal hub of London.