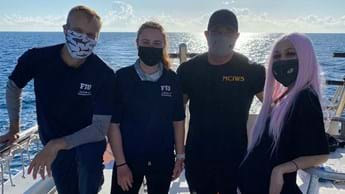 To round things up, we spoke with environmental biologist Laura Garcia Barcia, who lends her expertise to the two programmes that bring Shark Month to a close: Shark Attack: The Paige Winter Story, and The Croc That Ate Jaws.

Laura is a PHD student at the Predator Ecology and Conservation Lab, at Florida International University, where she specialises in the effects of pollutants on marine animals. For Shark Fest, she took shark attack survivor Paige Winter into the lab and out on the water to help her to take another step towards recovery from the encounter during which she lost a leg and part of her hand.

“One of my advisors, Dr. Mike Heithaus, has been working for an NGO for many years. This year he asked me if I wanted to get involved, “ Laura reveals. “We made sure that the science we're doing, and the conservation actions different researchers are taking to protect sharks, are portrayed throughout this whole Shark Fest. It's been an overarching theme, and there's a lot more diversity of shark species represented, and a more diverse pool of scientists represented, too, with a lot more women and minorities in STEM, which is something we're also very excited about.”

Growing up in Spain, documentaries and movies fuelled Laura’s passion for studying marine life. “I've been interested in marine science since I was about 10 years old when I visited the largest aquarium in Spain (The Oceanogràfic in Valencia). And through movies like Deep Blue Sea, or Jaws and documentaries from Nat Geo, I just got fascinated by sharks and I wanted to study them.

It hasn’t been a simple study path. “In Spain, there's no marine biology degree, so I studied environmental biology. Then in my senior year, I came to Florida to take all of my marine bio electives, and specialise in shark research,” Laura explains.

“That's when I started working with Dr. Mike Heithaus in the Everglades with juvenile bull sharks, and I fell in love with the Everglades. It’s the only place in the world where you will find sharks, crocodiles, alligators, all living together in the same ecosystem. These little sharks are just everywhere. It’s astonishing to me how adaptable they are to changing tides and super shallow waters. One day the water is completely fresh water. Then the tide comes in and it's all salty. While other animals have to leave the area, bull sharks just adapt.”

It’s an encouraging story for anyone who’s been shy about joining the field, after getting the impression that the study of marine mammals and the big ocean predators is overcrowded. 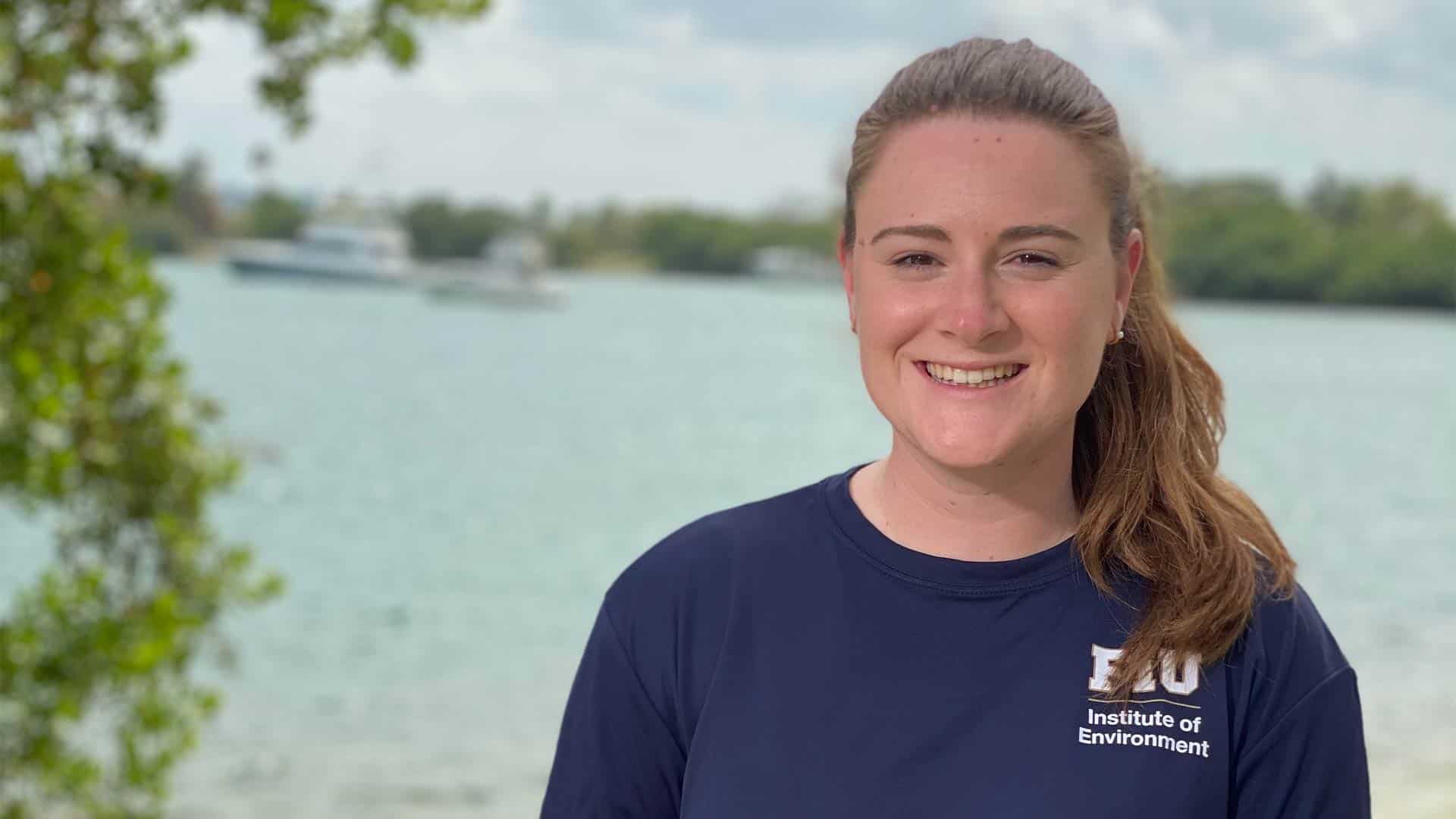 Laura’s fascination with sharks makes her a perfect on-screen match for Paige. “Paige is extremely young, she's 19 years old. She was 17 when she suffered the shark attack. And she's just so positive in every aspect of her life.”

“Her recovery, both physically and mentally has been extremely fast for how bad her injuries were. She has this attitude of like, ‘I'm gonna do with my life, whatever I want, whenever I want’. It really works for her. She's very strong, and it was an honor to meet her,” says Laura.

“I met Paige the day that we were getting her on a boat. She was a little unsure of how her balance was going to be with a prosthetic because she had never even been on a boat before the injury. So she was a little bit nervous about that, more so than about seeing the sharks, I would say.” 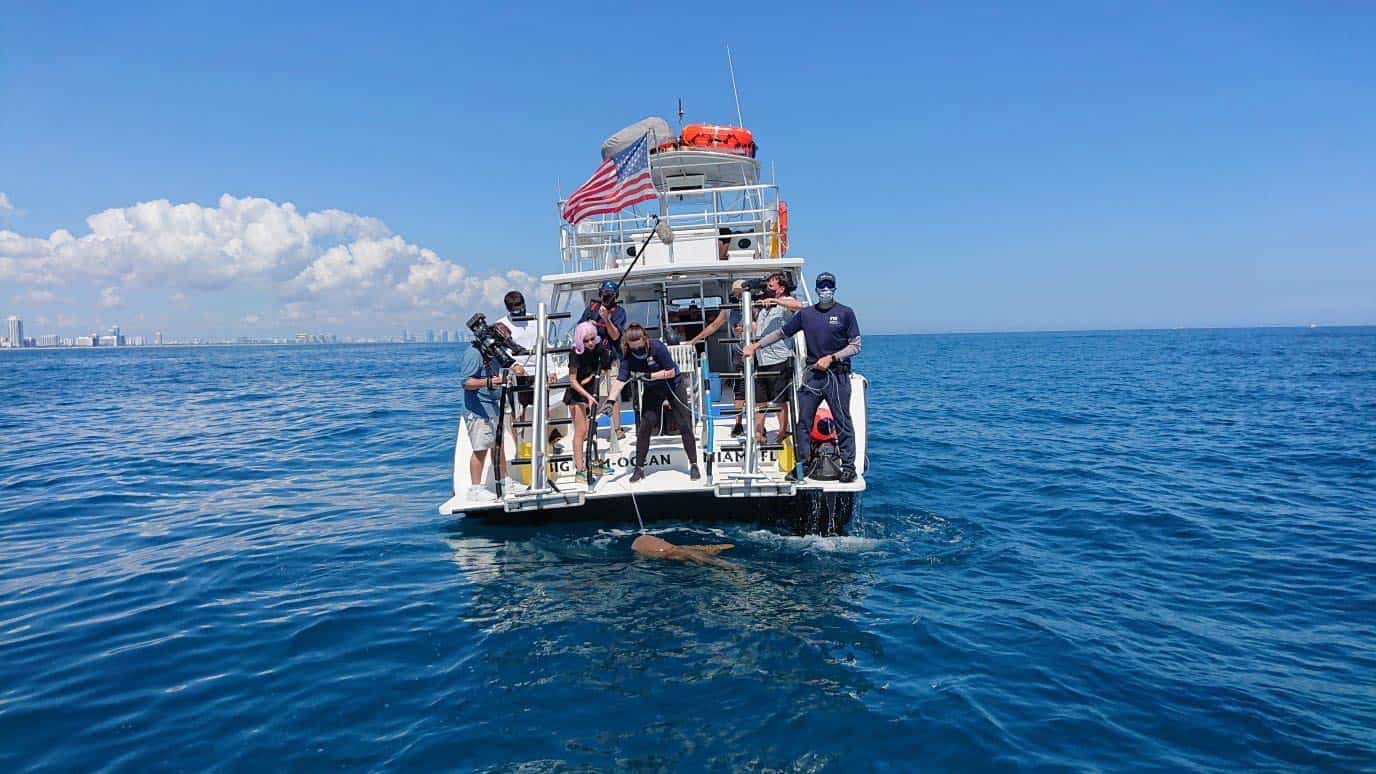 We asked Laura what people around Paige’s age can do to be better advocates for the ocean. She had four major suggestions: 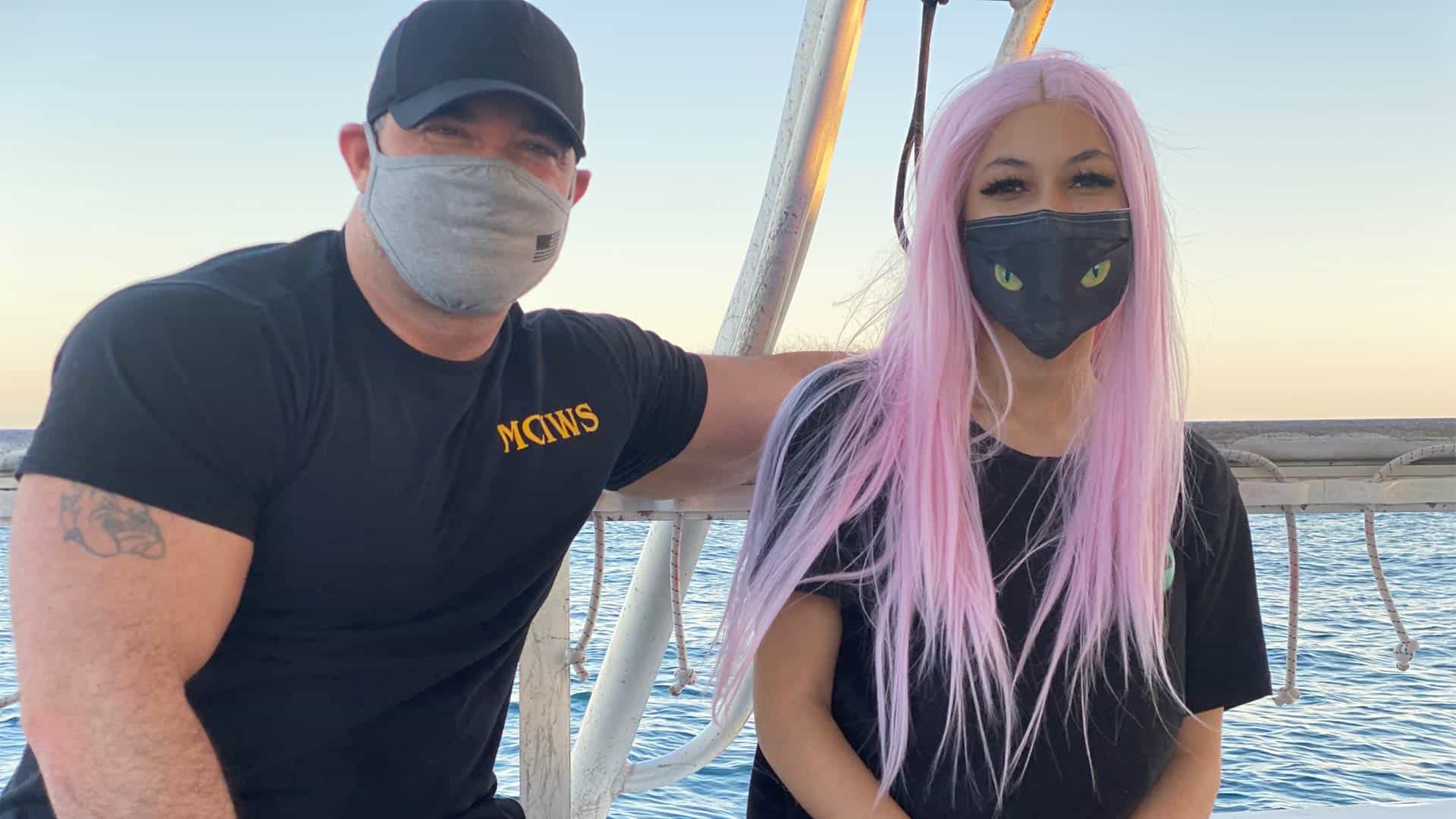 Charlie Winter and his daughter Paige learned a lot about sharks

If Laura could have her very own Shark Fest episode in 2022, she says, “I would like to draw attention to the effects of marine pollution on marine predators.”

“We could raise awareness on how plastics and different chemicals affect marine life, not only sharks, but other large marine animals, too. We're still just scratching the surface of you know what the effects of microplastics are in any kind of marine animal, including sharks.”

Watch The Croc That Ate Jaws on Saturday, 31 July on National Geographic (DStv channel 181) at 18:45