15 riveting picks for your weekly dose of local entertainment

Family ties are put to the test in Mzali Wam and competitive overachievers never pass on the chance to outplay on Celebrity Game Night SA. 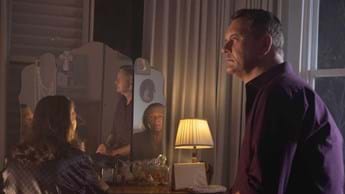 Every move is a dance with MTV Base’s Amapiano music show, but all that dancing can make you hungry for those dishes whipped up on kykNET’s Slank and VIA’s Sjefhuis.

And if that doesn’t do the trick, just feast your eyes on the scheming and deviousness served up by multiple SAFTA and Golden Horn winners on Legacy.

All this and more in this week’s top local picks:

“Even if you don’t remember who you are, I’ll remember that I’m your mother.” Voor ek Vergeet is kykNET’s (DStv Channel 144) Sunday night made-for-television movie that tells the moving story of a mother and son and the bond they have because of the struggles they’ve overcome. Starring Hannes van Wyk (Fynskrif; Sara se Geheim), Amanda Strydom (Binnelanders) and directed by Sanet Olivier.

For Love and Music

Mzansi Magic (DStv Channel 161) never fails when it comes to your "lokshin bioskop" viewing. This Saturday at 20:30 get your popcorn ready for For Love and Music. Here, we see the story of vibrant Obakeng and his eccentric best friend, Mpilo, who have one week to retrieve a stolen taxi to avoid getting themselves killed. Can their street-smart and savvy ways help them find it in time? Directed by Star Mphahlele and starring Isidingo’s Mtlatsi Mafatshe and Lesego Chabedi.

If you don’t watch for the antics pulled off by Jason, Ayanda and Anele, then you’ll definitely watch the fabulous second season of Celebrity Game Night just for the bevy of guests and seeing them thrust out of their comfort zone. This Sunday night, Anele welcomes siblings Khanyi Mbau and Lasizwe, on opposing teams of course, presenter Lunga Shabalala, Idols SA judge Unathi, rapper Rouge and actress Candice Modiselle.

Nthathi Moshesh (Lockdown) and Rami Chuene (The Queen) lead in Isono, an all-star drama on BET (DStv Channel 129). This week, Esther licks her wounds in the privacy of her apartment, but her bad luck still follows her. Mary prepares to wow the Swedish NGO to secure funding for her money-laundering orphanage. Gabriel and Abednego must hatch a plan to save Zakwe and Destiny.

Meanwhile, officer Cooper is made to give up the security video of the altercation between Vanessa and Kalinda. Mary comes up with a strategy to get more money out of the Swedes and she and Gabriel clash over the heist. Makwande goes to his match without his girlfriend, Esther, while she lands up in danger again.

Hell hath no fury like two women looking out for their progeny, and the first season of Legacy is proof of this. James gets his claws deeper into Felicity as Gordon, Angelique and Stefan hunt for the key to his undoing. Petra (Trix Viviers from Trackers) must choose between her family and her future; and decisions are made. A spanner is thrown in the works, disrupting James’ perfect plan. Felicity prepares for the biggest day of her life,

Cookbook author Iné Reynierse looks at the whole family dynamic and their relationship with food in Slank, a lifestyle show that’s dedicated to healthy living. This Sunday evening, Anja gets her body ready for performance on stage, there’s an upcoming engagement for radio personality and actress Pulane Sekebe as her partner asks for her hand in marriage and Jimmy Abbott puts on his Springbok jacket again after years of not being able to fit into it.

This Mzansi Magic (DStv Channel 161) drama series is about a young girl who finds herself at the centre of a human trafficking syndicate that’s unlike any you’ve come across. This week, Ntokozo and Joyce return to rural KZN with Ntokozo deciding that she’s going to stay with her biological mother. Sibongile is forced to confess the truth to Godfrey and he feels betrayed. The series airs every Monday and stars Masasa Mbangeni (Housekeepers).

Take eight young, ambitious chefs hungry for their big break and set them up in a villa where they will duke it out to land an apprenticeship with master chef Bertus Basson – and just let the cameras roll around the clock. This show combines all the thrills of cooking-competition formats with the voyeurism of fly-on-the-wall observational reality TV.

This docu-series looks at the true stories of dramatic events that happened to people and how this forever changed their lives. Guests range from those who’ve lost their limbs after horrific accidents to those dealing with mental illnesses such as post-traumatic stress syndrome or panic attacks.

Hosted by Thato and rapper Nadia Nakai, Gen Z is a show positioned to give the entertainment industry a platform to introduce viewers to the next generation of artists, celebrities and socialites before anyone else does. It is the pulse of the next generation of South African talent, trends, fashion and lifestyle all in one.

This eclectic music genre has hit the airwaves and it’s all the rave on the streets of SA. Amapiano is a fusion of jazz, house music, hip-hop and gqom, and the amapiano musicians we can’t get enough of include Samthing Soweto, Kabza De Small, DJ Maphorisa and The Soul Dictators. That’s the great thing about the South African house music industry, it constantly reinvents itself whether it’s smooth sounds, outlandish artists and epic collaborations – house music is here to stay.

A young scholar calls on TT Mbha and the Mzansi Cribs Makeover team to help breathe new life into her mom, Kgomotso’s, home. Kgomotso has dealt with several break-ins over the years which have left her despondent and fed up. TT and his team have just three days to bring the sparkle back into this home. If TT looks familiar, you’ve seen him on Somizi’s reality show, Living the Dream With Somizi.

Secrets are unveiled, family members are at odds, mistakes are made and tensions run high in this season of the hugely popular soap. New episodes of season 7 to stream on Showmax from Wednesday and the whole of seasons 1 to 6 are available to binge on from the beginning. Suidooster stars Denise Newman, who won a SAFTA for Best Actress in a TV Soap for her role as Bridgette October, and Cedwyn Joel and Lauren Joseph.

The Real Housewives of Durban S1

While these Housewives have managed to rise above the catty fights and petty arguments that we love to see on these reality shows, the ladies from Durban show us just how spicy they can get when LaConco and Annie butt heads. Sorisha, forever diplomatic and the peacekeeper, organizes a day of kart racing to ease the drama that's brewing among the ladies. Unfortunately, her good intentions fall short, and Ayanda receives a disturbing call from her family.

New episodes are added on Fridays on Showmax.

If you’re a DStv Premium subscriber, Showmax is included in your subscription, just go to the website to sign up. DStv Compact and Compact Plus subscribers can add Showmax to their subscription for just R49pm.

Get the DStv app, a free service for DStv subscribers. With the DStv app, the same channels you watch on your decoder at home are available for you to stream online at https://now.dstv.com/ or by using the DStv app on your phone.