Content on Showmax won 45 awards, more than half of the content prizes given out over the weekend, and the most by far of any streaming service.

Showmax Originals alone won 17 SAFTAs, the most of any channel or streamer.

Tali’s Baby Diary and Glasshouse were the two biggest winners at the SAFTAs overall, with five awards each, tied in first place with Mzansi Magic’s telenovela Diep City.

Here’s the best content in South Africa to stream now, across each of the key categories, all available to binge on Showmax: 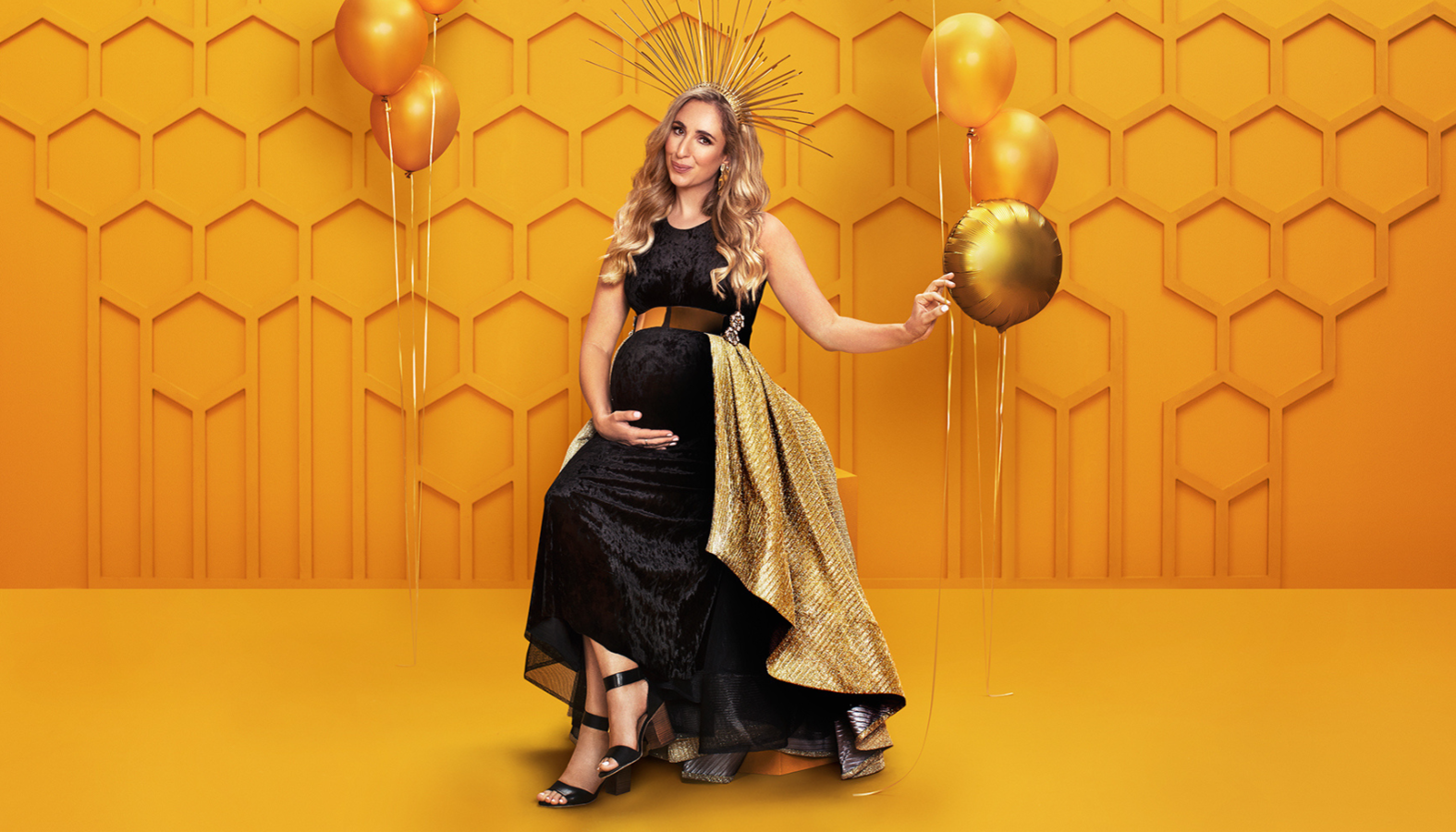 With five awards, including Best TV Comedy, the Showmax Original Tali’s Baby Diary is jointly the biggest winner at this year’s SAFTAs.

Produced by Sketchbook Studios, Tali’s Baby Diary is the sequel to the first ever Showmax Original, Tali’s Wedding Diary, which set a (then) record for the most first-day views on Showmax and was similarly the most awarded comedy at the 2019 SAFTAs, taking home five prizes, including Best Comedy.

In Tali’s Baby Diary, an unexpected pregnancy forces Tali into a desperate pivot from Insta-influencer to wholesome momfluencer.

Showmax is currently in production on Tali’s Joburg Diary, premiering in November 2022.

Glasshouse - the most awarded feature film at this year’s SAFTAs 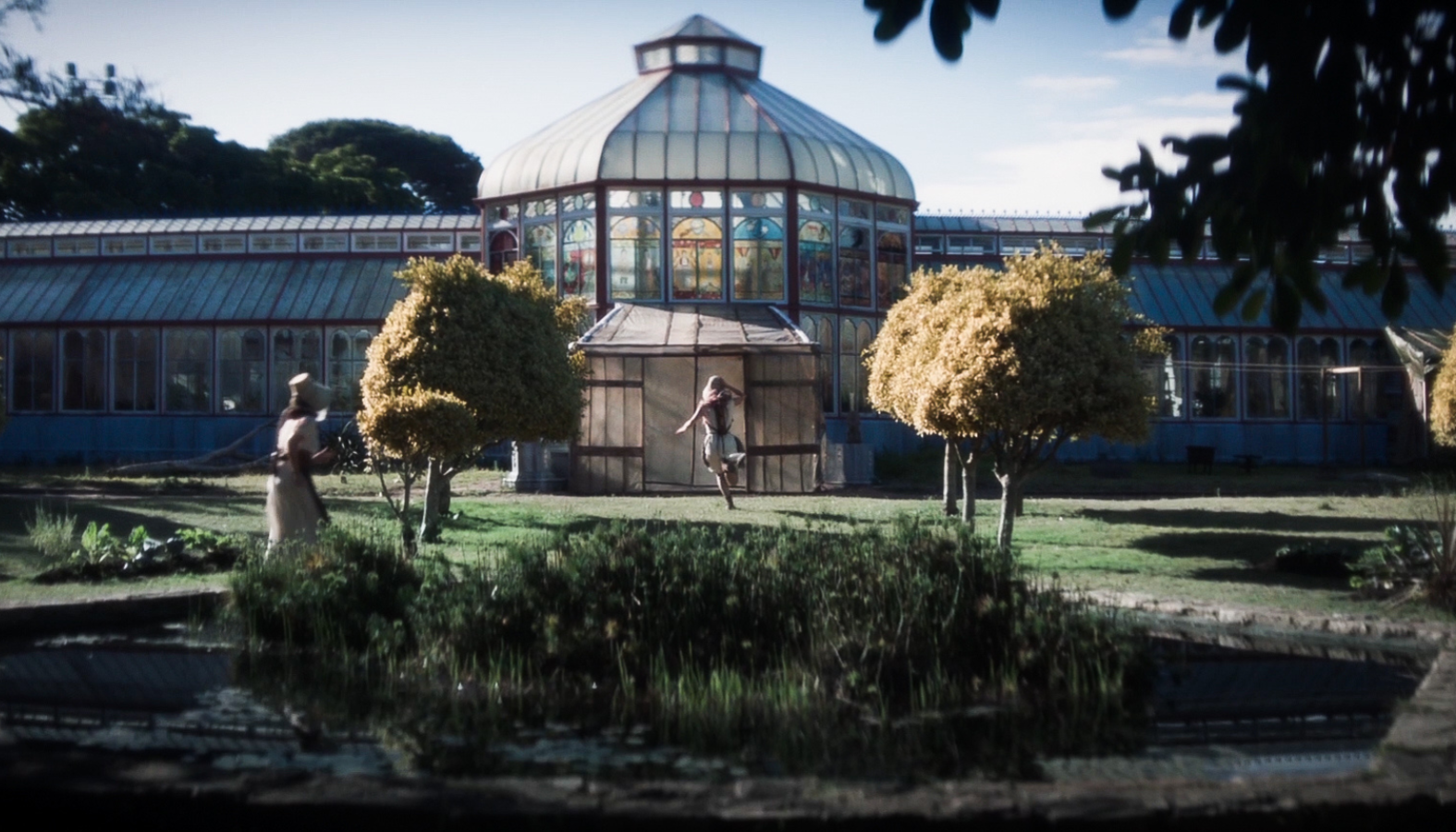 The Showmax film Glasshouse won five SAFTAs, making it the most awarded feature film this year - and the joint biggest winner overall too.

Directed and co-written by Kelsey Egan, Glasshouse is set after an airborne dementia known as The Shred has left humanity roaming like lost and dangerous animals, unable to remember who they are. Confined to their airtight glasshouse, a family does what they must to survive - until the sisters are seduced by a stranger who upsets the family’s rituals, unearthing a past they have tried to bury.

Before coming to Showmax, Glasshouse had its world premiere at North America’s top genre film festival, Fantasia, in Montreal, Canada in August 2021 - and also screened at Fantastic Fest, the largest genre film festival in the USA, earning multiple five-star reviews and an 84% critics’ rating on Rotten Tomatoes.

Film Threat’s Lorry Kitka singled out Glasshouse as her “favourite film of the year so far”; Exclaim proclaimed, “Kelsey Egan is a filmmaker to keep an eye on”; and Comicon.com called the film “a folk horror movie that could become a modern classic.”

• Amy Jephta won the Best Director SAFTA for South Africa’s Oscar entry, the multi-award-winning Barakat, about a Muslim widow trying to bring together her fractured family over Eid-al-Fitr to break the news about her new romance

• Mandla N’s Boxing Day, about two siblings trying to find the money to bury their gogo, won Best Made For TV Movie

Each 25m episode in the five-part anthology is set in the same hotel room, with the same housekeeper (Lida Botha), but with different stories, characters and genres.

In their four-star review, Channel24 said 4 Mure “can effortlessly compete on an international level when it comes to the creativity and quality… A beautifully crafted limited series… This is edgy Afrikaans with a foreign, subtitled, indie look and feel to it. It’s got an air of Wes Anderson… and maybe even a hint of Ryan Murphy... The storylines bubble with that Black Mirror type of secrecy that feels fresh, clever, and unexpected.”

The Wife - the Zulu brothers are officially the best! 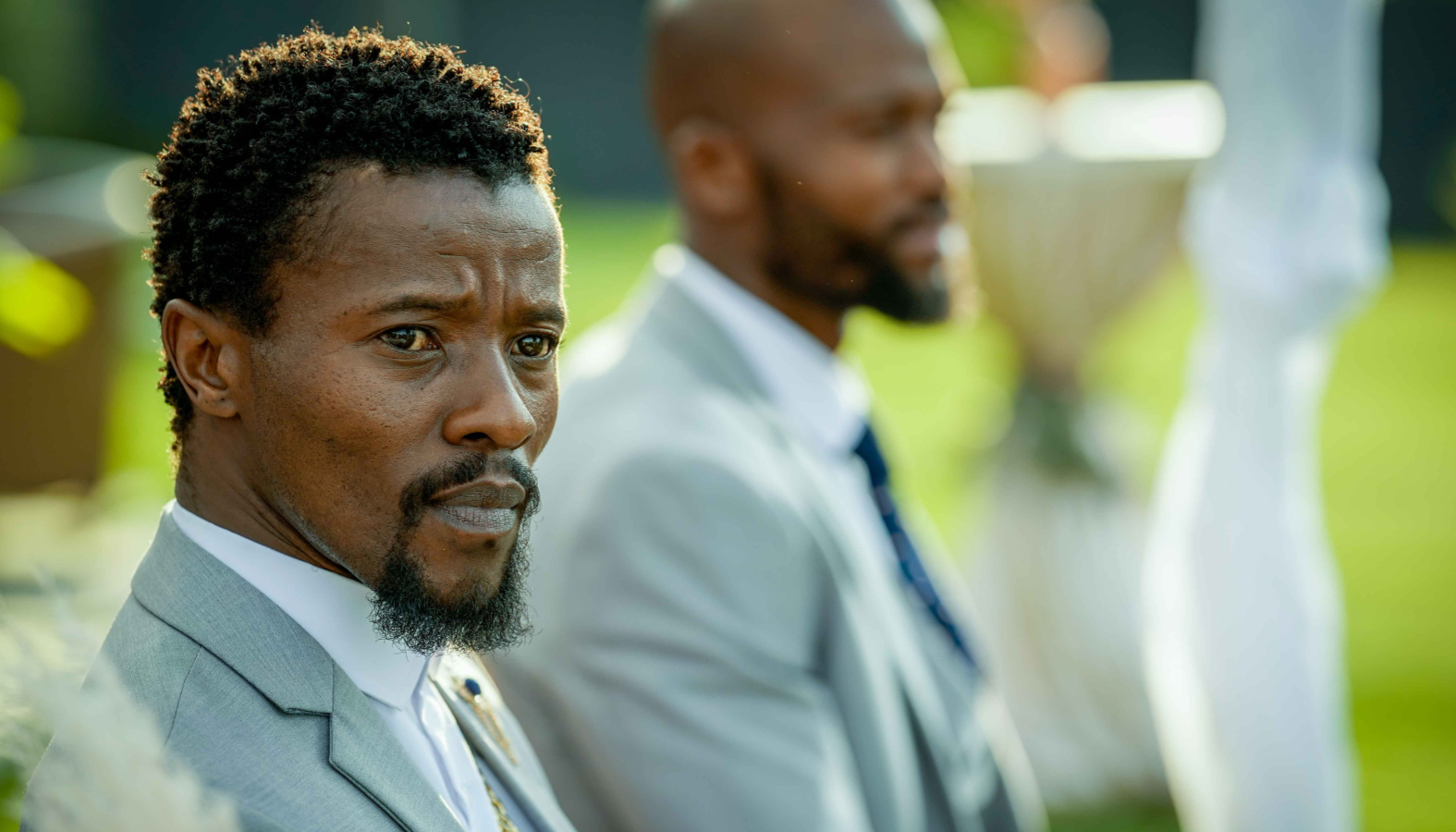 The first Showmax Original telenovela, The Wife, didn’t go home empty handed though, with the SAFTA jury agreeing with the 5am Club that the Zulu brothers are the best, giving Best Actor to Bonko Khoza as Mqhele and Supporting Actor to Abdul Khoza as Nqoba. This is Bonko’s first SAFTA win and Abdul’s second.

Produced by Stained Glass, the record-breaking, Twitter topping first season of The Wife followed Hlomu, a journalist who fell in love with taxi driver Mqhele, not realising that when you marry a man, you marry his secrets.

Showmax is currently in production on S3 of The Wife, premiering in November 2022.

• kykNET’s Suidooster was named Best Soap Opera for the first time at the 2022 SAFTAs. The soapie follows three families - The Octobers, the Samsodiens and the du Plooys - as they work, live and love side by side at Suidooster, a small shopping and business centre in Ruiterbosch in Cape Town

Devilsdorp - the best made for TV documentary in SA 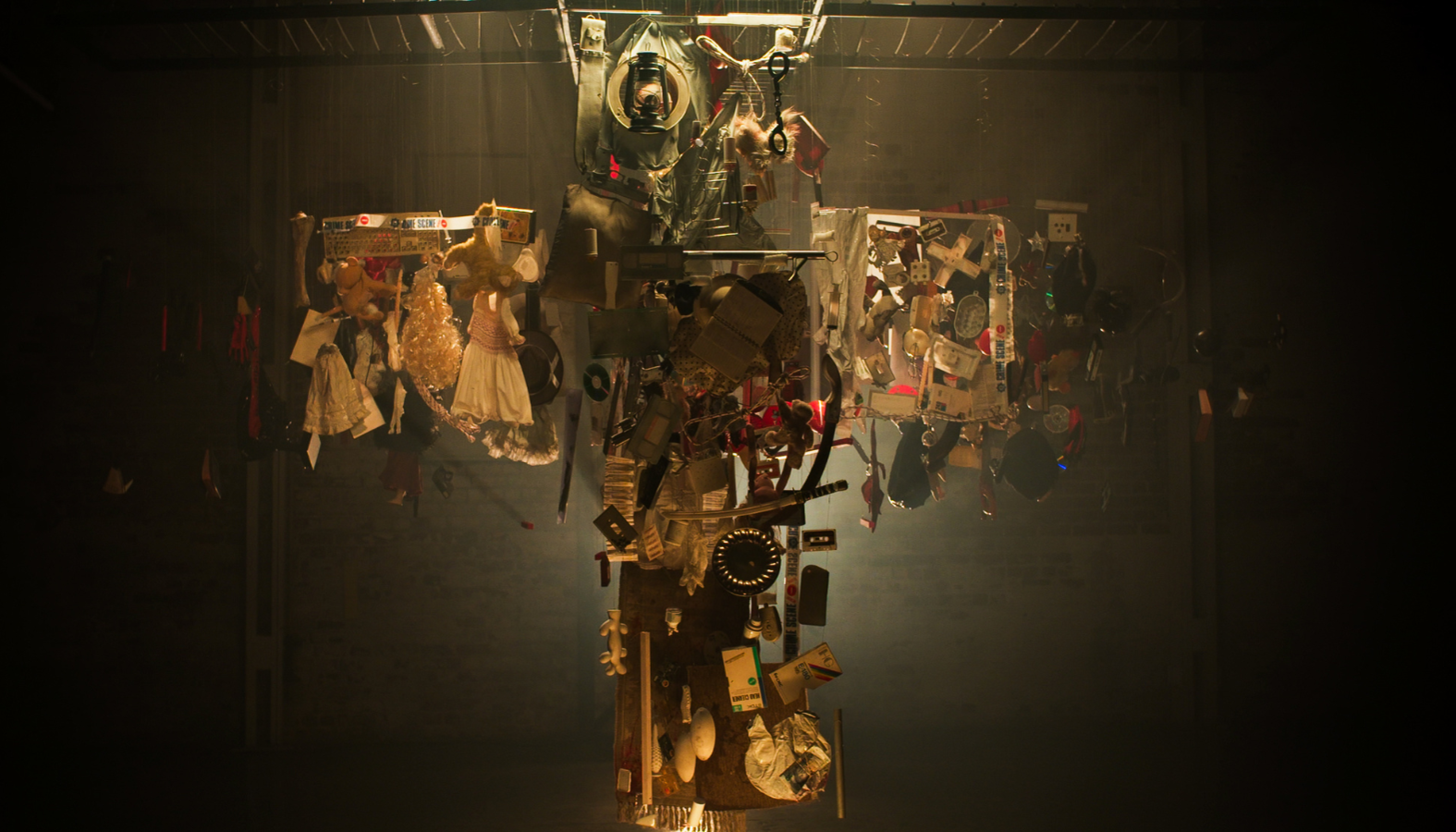 In 2016, a spate of brutal Appointment Murders gripped the town of Krugersdorp, leaving sales people and consultants terrified to book meetings in case they were the serial killer’s next victims. The investigation led detectives to a series of unsolved cold cases, the so-called Satanic Murders, and to links between 11 Krugersdorp killings between 2012 and 2016. They discovered these were the work of the Electus per Deus (Chosen by God) cult.

“Our thoughts are forever with those families who lost their loved ones,” director David Enright said on Facebook after the win. “Your courage remains inspirational.”

• VIA’s Die Staat Teen was named Best Factual Programme at the SAFTAs. In this true crime series, state prosecutors open their confidential files to tell the story of the most challenging or memorable court cases of their legal careers, including the murders of Uyinene Mrwetyana and Gill Packham.

The 13-part, 30-minute BET Africa reality show follows the Umlilo-hitmaker through her pregnancy with her second child, Asante, whose father is musician Bongani Mohosana, popularly known as Murdah Bongz. DJ Zinhle also has a daughter with rapper AKA.

Look out for appearances from close friends like Pearl Thusi and Nomuzi ‘Moozlie’ Mabena.

Named Best Short Film at the 2022 SAFTAs, #WeAreDyingHere chronicles the journey of three soldiers forced to survive in a war they did not choose. As the war against women rages around them, they attempt to find solace to process their pain under the constant threat of their enemy lurking in the shadows. #WeAreDyingHere takes on the violent culture of harassment, abuse, rape and femicide, taking a necessary pause to gain insight into the experience of living as a woman. 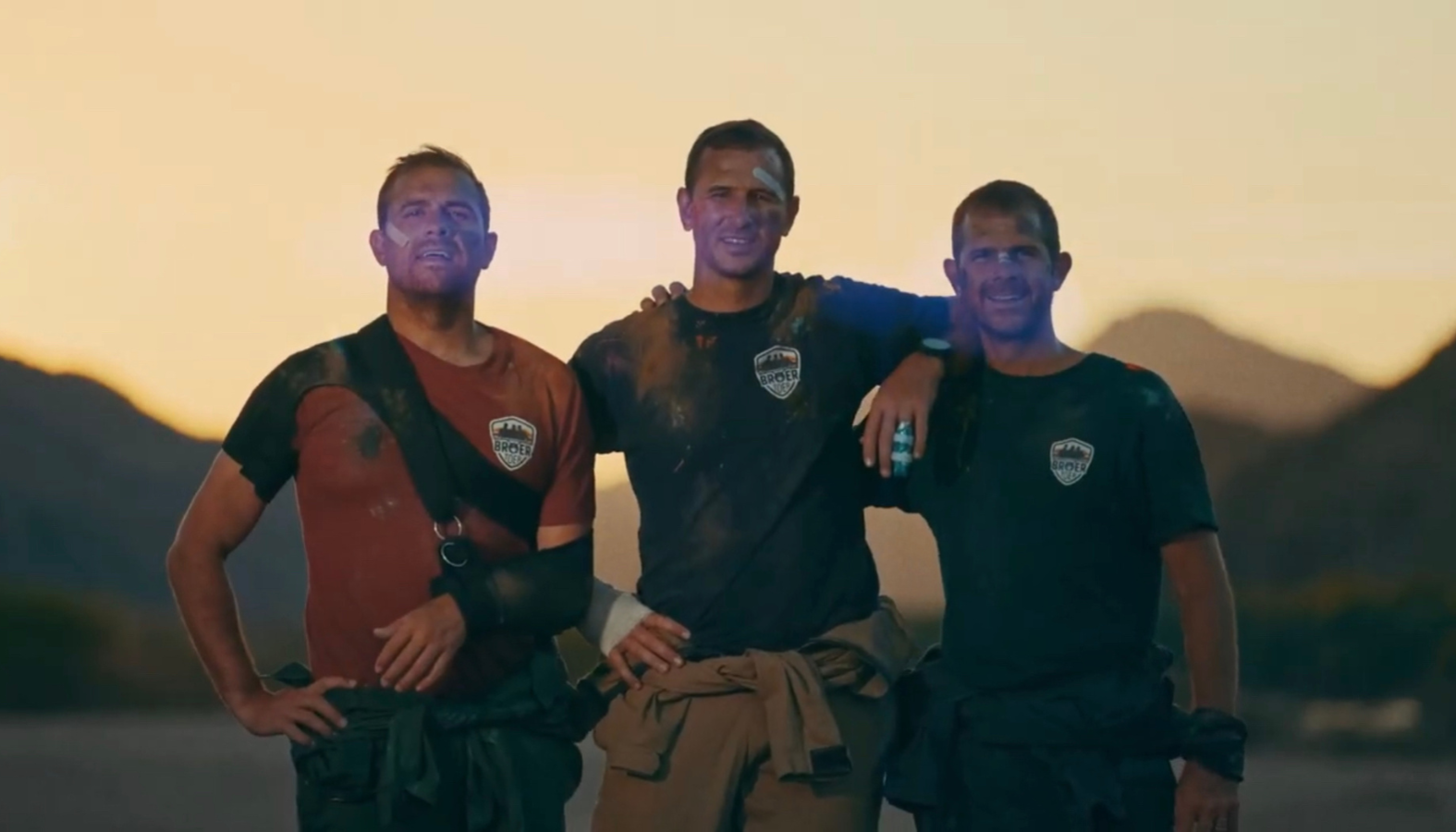 Three brothers, three bikes, no licenses, one big adventure – all the ingredients for Die Broer Toer.

Actor Bennie Fourie (G.I.L., Hotel) is famous for being funny, but he and his brothers, Reynold and Wilbrie, are also well-known for their legendary road trips. From road tripping in a souped-up Nissan Sani at university to hiking trails with the family - if there’s a road, they’ll take it.

Even as the demands of adulthood pull Bennie, Reynold and Wilbrie in opposite directions, they always manage to find time for one more trip - or in this case, a season’s worth of them, from the Tankwa Karoo to Riemvasmaak, Vioolsdrif to the Koue Bokkeveld.