News
17 August 2022
Will he achieve the mission or join his fellow Fake Housemate Modella and not come to the table?
Subscribe to watch Get Showmax

Deji joined the Big Brother Naija House unexpectedly, and his presence in the House has been welcomed, mostly by the ladies. They have been crushing on him since Day 1, and he has built a bromance with Dotun. Although he opened up to Deji about not liking Chichi, the two have grown close, sharing some intimate conversations in recent days.

During his Diary Session today, Biggie gave him a secret mission as he did with Modella. Big Brother would like Deji to start frantically complaining about his Level 1 Housemates, and the complaints should escalate as the days progress. Not only should he complain about his Level 1 Housemates, but he should state that he feels that his happiness will only be possible if he moves to Level 2. On Friday, he should pack his bags and demand to be moved to Level 2. Biggie gave him creative freedom on how to navigate this Task and he said he will start complaining today to make sure he is ready to make his demands on Friday.

With 13 Housemates in Level 1, there are potentially loads for him to complain about. Chichi's moves on him have been blatant, but is he comfortable with them? The two have had intimate conversations this week, opening up about their childhoods and inspirations, so it seems as if their ship might be sailing. Will this be a good place for him to start complaining?

His friendship with Doyin has been rocky, moving from comforting to arguing in a few hours. On Monday, Deji was feeling bad about being disqualified from the HoH Games for not freezing, and Doyin encouraged him after they lost the Games and HoH title. However, their subsequent conversation had Doyin telling Deji that they could never be friends because he is too sensitive and insecure.

Yesterday, Doyin asked Deji not to speak to her until they leave the House, and he agreed. He also called her a hypocrite, and Doyin called him insecure. She was also Deji's first pick when Biggie asked him who in Level 1 would he move to Level 2 to help them win the HoH Games. He reckons Doyin has a soft spot for Level 2 Housemates.

DAY 26
Deji also decided that Doyin was the perfect person to help him kickstart his Task. While in the bedroom, he complained to Doyin that he wanted to move to the Level 2 House because he has 'woman drama' and although Level 1 has been lucky from the start, their luck might become a curse soon.

After speaking to Doyin, he had a conversation with Dotun, where he revealed that he might consider switching Houses to avoid overcrowded places so he won't have arguments with people in Level 1. His plan to prevent flipping at Housemates on his Level failed as he couldn't hold back his thoughts on how messy they are in Level 1 and how much he can't deal with living like this. 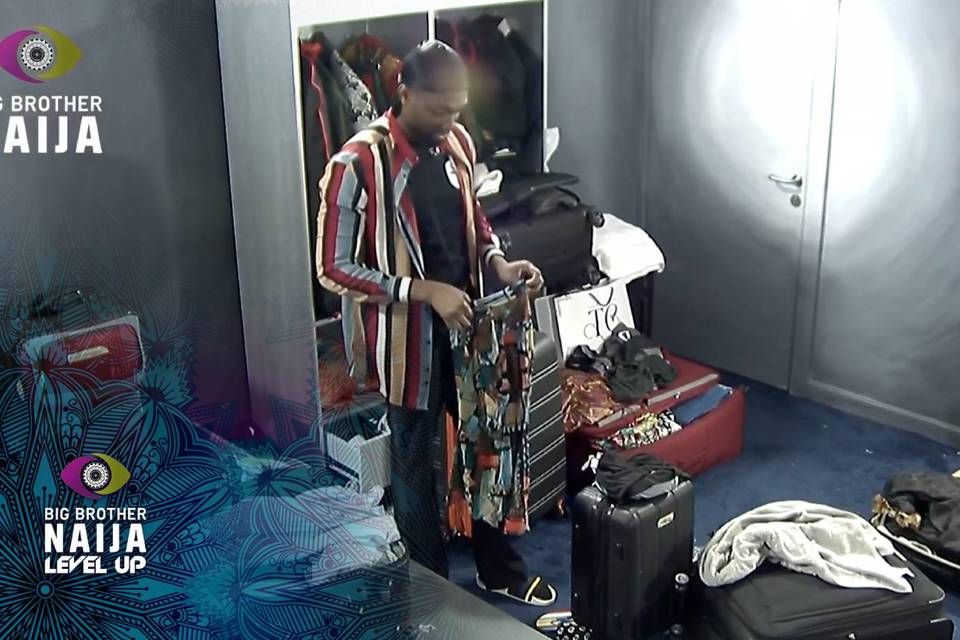 It had been days since Deji confided in Dotun about his increasing unhappiness with being in Level 1. Deji has finally come to the precipice of completing his Secret Task as he was seen in the bedroom packing his clothes and his belonging into his bags. He was joined by Chichi who almost caught on to what he was up to. She asked Deji if he is planning on leaving after seeing that he was packing all his belonging, "why are you packing like you are going away?" Deji allayed her suspicion by claiming that he just wanted to put his things in order. Chichi didn't even catch on when Deji gave her a keep-sake, which she graciously accepted.

Do you think that Deji did a good job in pulling off Biggie's Secret Task?

Video
Day 36: Secret missions for Fake Housemates – BBNaija
Level Up Housemates summarise their experience in Biggie’s House as “new”, “intense” and “bumpy,” thus far. Biggie also gave fake Housemates Deji and Riders Rachel, and Chizzy a secret mission that they were to execute during the Live Show.
Video
Day 26: Deji implements his Secret Task – BBNaija
After receiving a Special Task from Biggie, Deji begins to execute it in conversations with Doyin and Dotun.
News
Day 25: Maria's secret powers – BBNaija
Shhh...can you keep this secret?
Video
Day 25: Something about Maria – BBNaija
The #BBNaija Housemates reflect on how they feel about Maria as Head of House this week during the Diary Session. Many are the comments, some of which are conflicting. Far from your TV? Stream #BBNaija now on the DStv App on any connected device!