The first Betway Arena Games was a comedy of errors as Brighto tore his gloves, Eric spilled the chemicals all over himself and Neo wrapped a ripped hair net over his head. Vee didn’t even want consolatory applause from her fellow Housemates. 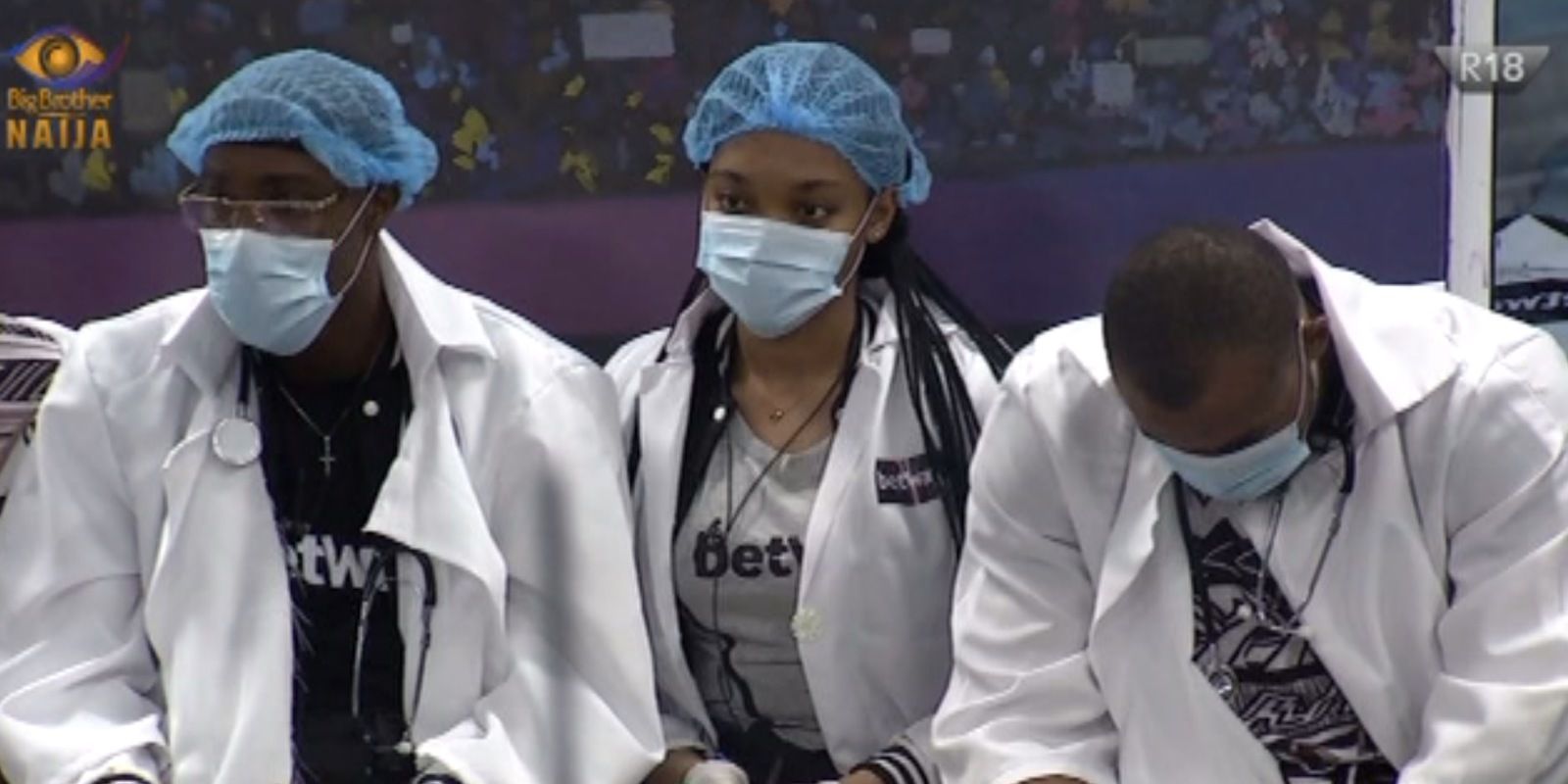 The Coronavirus-themed obstacle course made it clear to Big Brother: he was grateful that none of the Housemates are medical practitioners. Housemates were given two minutes to change into medical attire and then gather supplies. None of them was able to complete the course in time.

The words “All of you failed” rang through the Arena Room. And even though there was nothing at stake other than bragging rights, the failure still stung, just that little bit. You could tell in the Housemate’s faces.

Lilo and Nengi went the furthest though, and as a consolation, were not deducted ten seconds off of their time. Some of Nengi's fans took this as a reason to celebrate.

Nengi says she's here to show the world that she's more than just a pretty face,

At the end of the game, Big Brother jibed: “You have succeeded in contaminating the drugs you were supposed to be dispensing. Big Brother is grateful that some of you aren’t medical practitioners.”

Video
Day 9: Timing and speed at the HoH Game – BBNaija
Housemates gathered in the Arena yet again to go head-to-head for the title of Head of House. As the incumbent HoH, Eloswag was not allowed to play, along with the new Housemates, Deji and Modella. As their first Game, Housemates had to set the watches provided to them to 4pm. The top three contenders were Dotun, Hermes and Cyph, but only one reigned supreme.
Video
Day 21: Another day, another Challenge in the Level Up House – BBNaija
Once again, Housemates gathered in the Arena for a sponsor Challenge by Munch It Nigeria, and Housemates were tested in many aspects, including their knowledge of music, movies and creativity.
Gallery
Betway Trivia and Arena Games round 10
The final week in the Lockdown House was packed with interesting Betway Sports Trivia and Arena Games for the final five Housemates.
Gallery
Betway Trivia and Arena Games round 8
The Big Brother Lockdown Housemates had another exciting Friday with the Betway Sports Trivia and Friday Night Arena Games.