Day 26: Prince is victorious in the Betway Arena Games

News
14 August 2020
In a Game dedicated to the hardworking rural women of Africa, Prince pays tribute.
SUBSCRIBE TO WATCH

Tonight Betway Arena Games were a tribute to the queens in rural Africa, who toil daily to make sure that their families are well taken care of and safe. 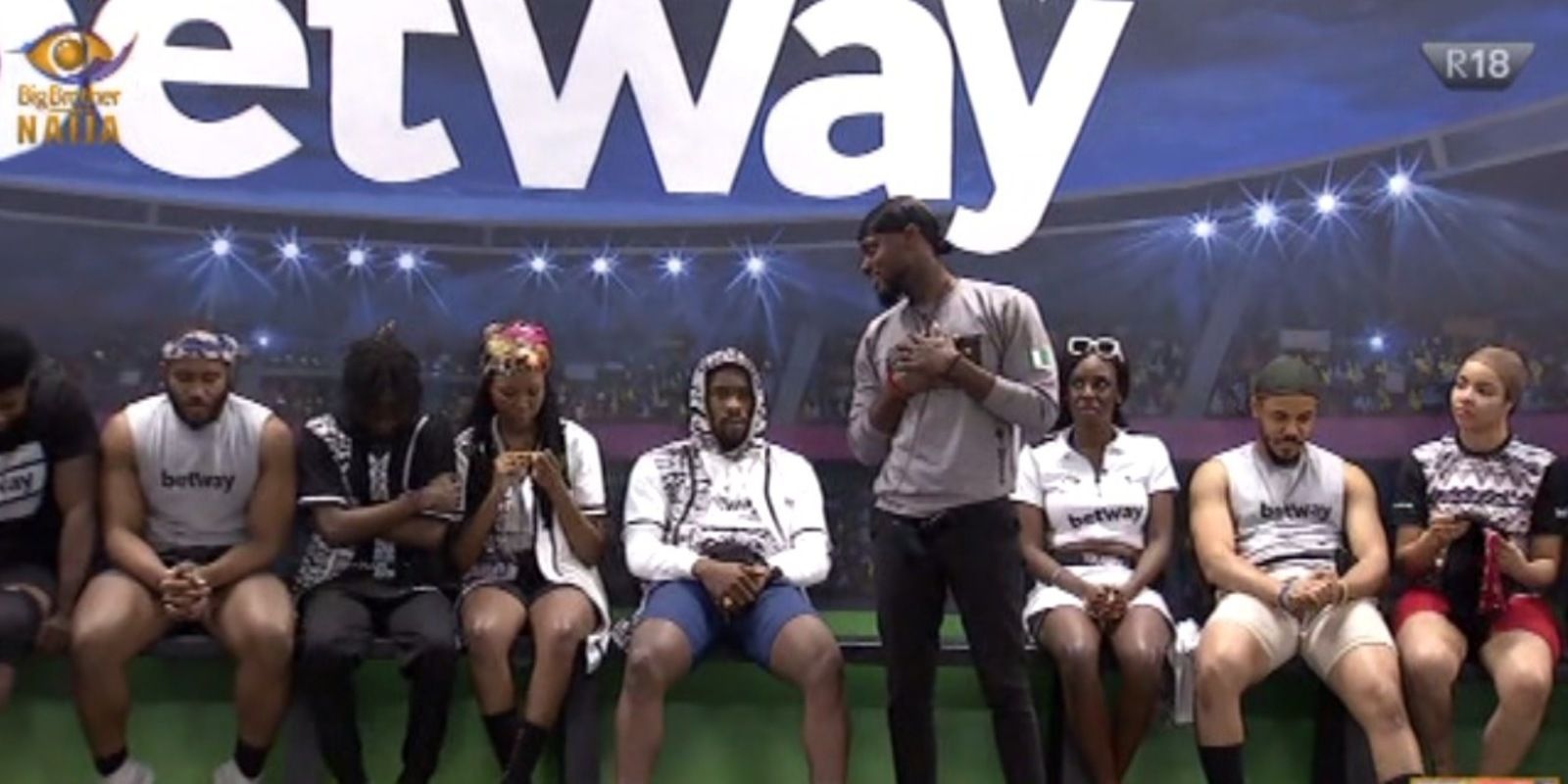 Mimicking the role of women in rural Africa, the Housemates were to go through the market set up for their Game, shopping for items to take home to their families. Their shopping journey was to include rolling a headwrap in order to place their basket on their head and then go from stall to stall picking up items for their basket. They would have three minutes in which to finish the Game. 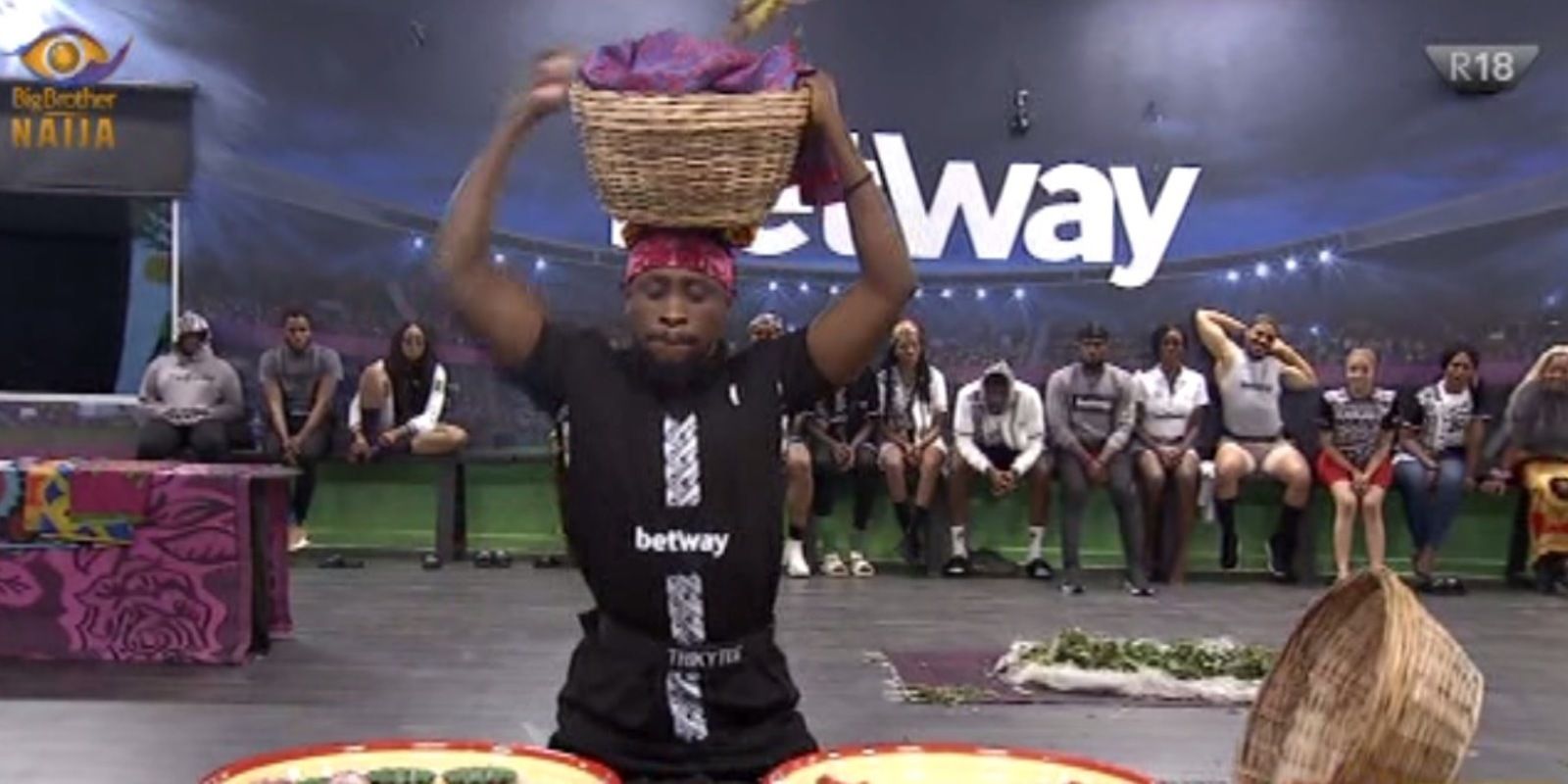 The guys were on fire

All the guys did very well with no hangup's what so ever. They made their way from stand to stand, picking up each bunch of plantain with one easy swoop to place in the basket. Praise made his way through the course for instance, without ever putting his basket down once to pick anything up, earning him a round of cheer from the Housemates. Kiddwaya approached the game with his arm firm to maintain his balance to make it through the Game in under one minute. Trikytee, Neo, Brighto and Laycon played a similar Game, making it through within a minute in each of their turns. 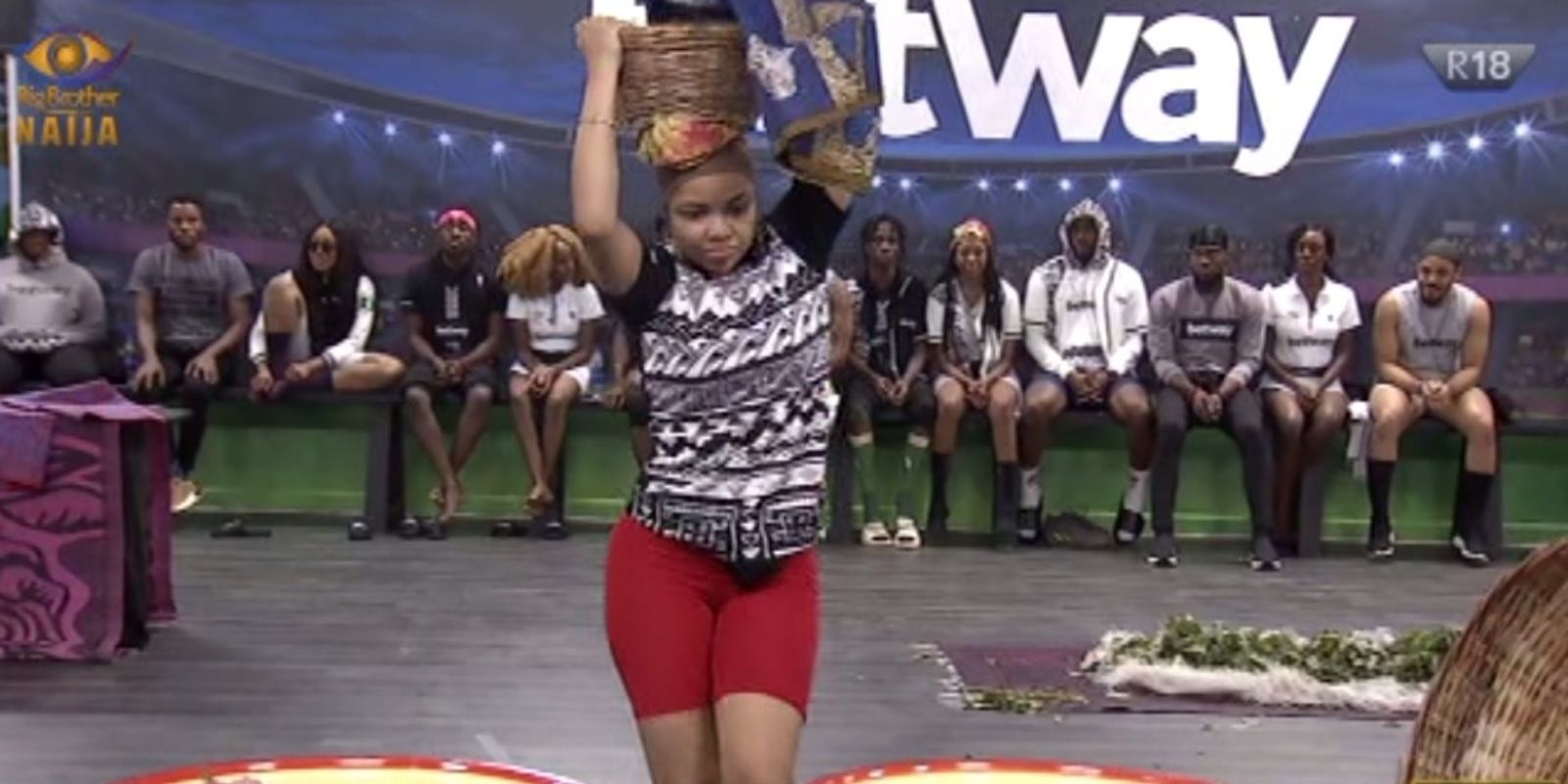 The queens ruled the roost

The ladies in the group held their own in the task with Housemates like Dorathy and Nengi making it through the task in just 47 and 46 seconds respectively. Lucy managed to get through the task with two minutes remaining however, she used both hands when crossing the stream. Erica was paced in her approach, going stall by stall to make sure she gets her fruit and veg into her basket. Kaisha was nervous, but very paced as she made it through the round, just as Wathoni and Vee did. 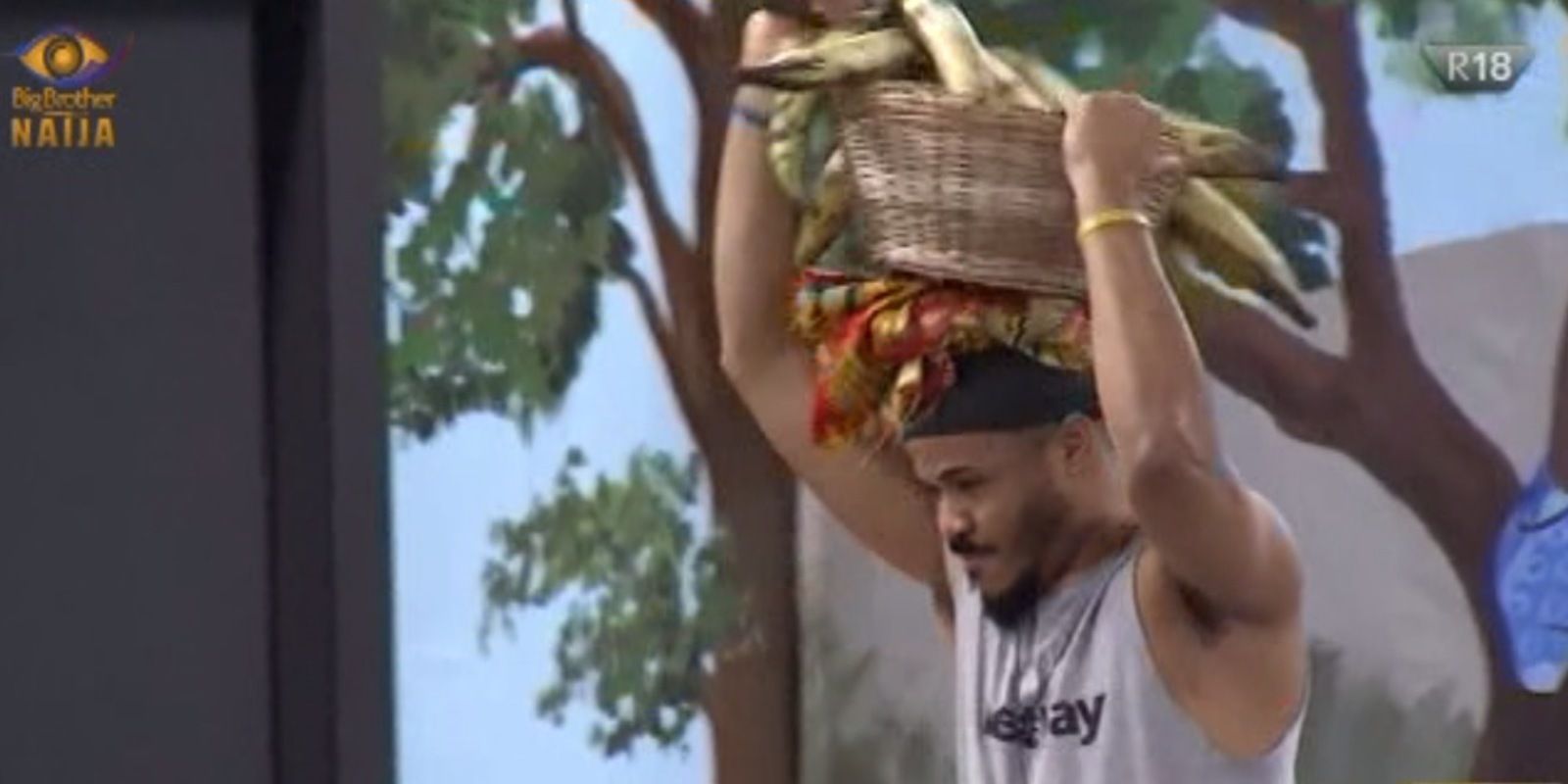 Rules were made to be broken

Even though Prince won the games, we think it is clear that Tolanibaj and Ozo were the winners of the viewers choice awards tonight.

Tolanibaj dropped her basket and decided to continue dragging the plantain and her headwrap in one hand, maintaining her basket on her head with the other hand. She finished up the race with much applause from the geng.

Ozo had a frenzy when he punched the plantain into the basket because it would not fit. Here's what some of you had to say about that:

Ozo & Tolani you guys made Night for real😹😹😹

Regardless of the plantain punching bag, Biggie hoped the Housemates had fun and was also quick to tell them to drop the food they were picking up to take back into the House with them. All we can say is, what a night.

Video
Day 44: Another moment of fate – BBNaija
The #BBNaija Housemates brought their speed and tenacity to the Arena this evening during the Head of House game. Catch more drama and more action from the #BBNaija House LIVE on DStv Channel 198.
News
Day 41: Abeg’s obstacle course – BBNaija
It took luck, grit and a bit of strength to get through this Task. Here’s the run-down of the Friday Abeg Task.
Video
Day 26: Prince Wins Betway Arena Games
Prince shone tonight as he made his way through the market to Win the Betway Arena Games this evening.
Gallery
Betway Trivia and Arena Games round 10
The final week in the Lockdown House was packed with interesting Betway Sports Trivia and Arena Games for the final five Housemates.