News
12 August 2020
Nothing beats playing an exciting game of musical chairs, especially when you’re on Lockdown.

Today’s Task had the Lockdown Housemates playing the game of musical chairs, courtesy of Oppo Nigeria.

First, Oppo Nigeria had them kitted fully for the Task ahead and you can always trust your Lockdown Housemates to put their swag into any merchandise and give us some fire looks.

As you know, the game of musical chairs is played by walking around chairs to music and when the music is turned off, the players find a chair to sit down on.

All Housemates were required to split into two groups of eight males and eight females in each group. There were seven chairs carefully arranged in the Arena. Once the song started playing, the female group began the game by dancing around the chairs. When the song stopped, the Housemate without a chair automatically became number one and was required to sit on the bench.

Again, the music then played and the remaining seven Housemates danced around the chairs until the music stopped. The Housemate still standing became number two and sat on the bench. This went on until all the Housemates in group one had their numbers. Once group one was done, the seven chairs were reset to the original position and it was the turn of the male group to play. Then this went on until all members of the group had a number. 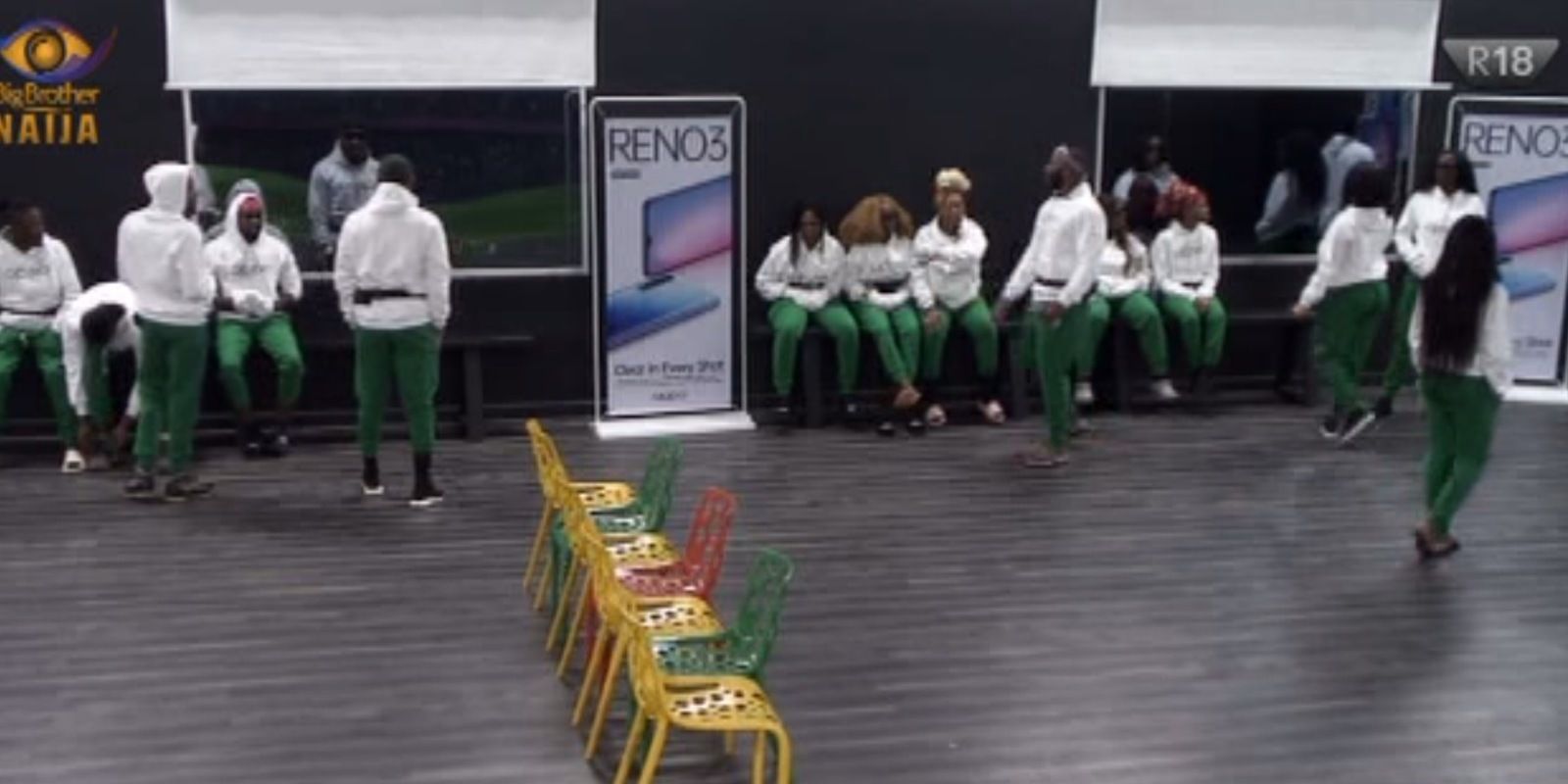 Let’s dance, shall we?

As soon as the music started playing, the Lockdown ladies started dancing, while some were practically dragging their feet to align their bodies with the chairs. Cheater alert! Starting with Lucy, the ladies all dropped one by one out of the game and the chairs kept reducing in numbers. Then was Wathoni, Kaisha and the rest, until it was left with Vee and Nengi to go butt-to-butt in this game. Nengi came out victorious in this round. 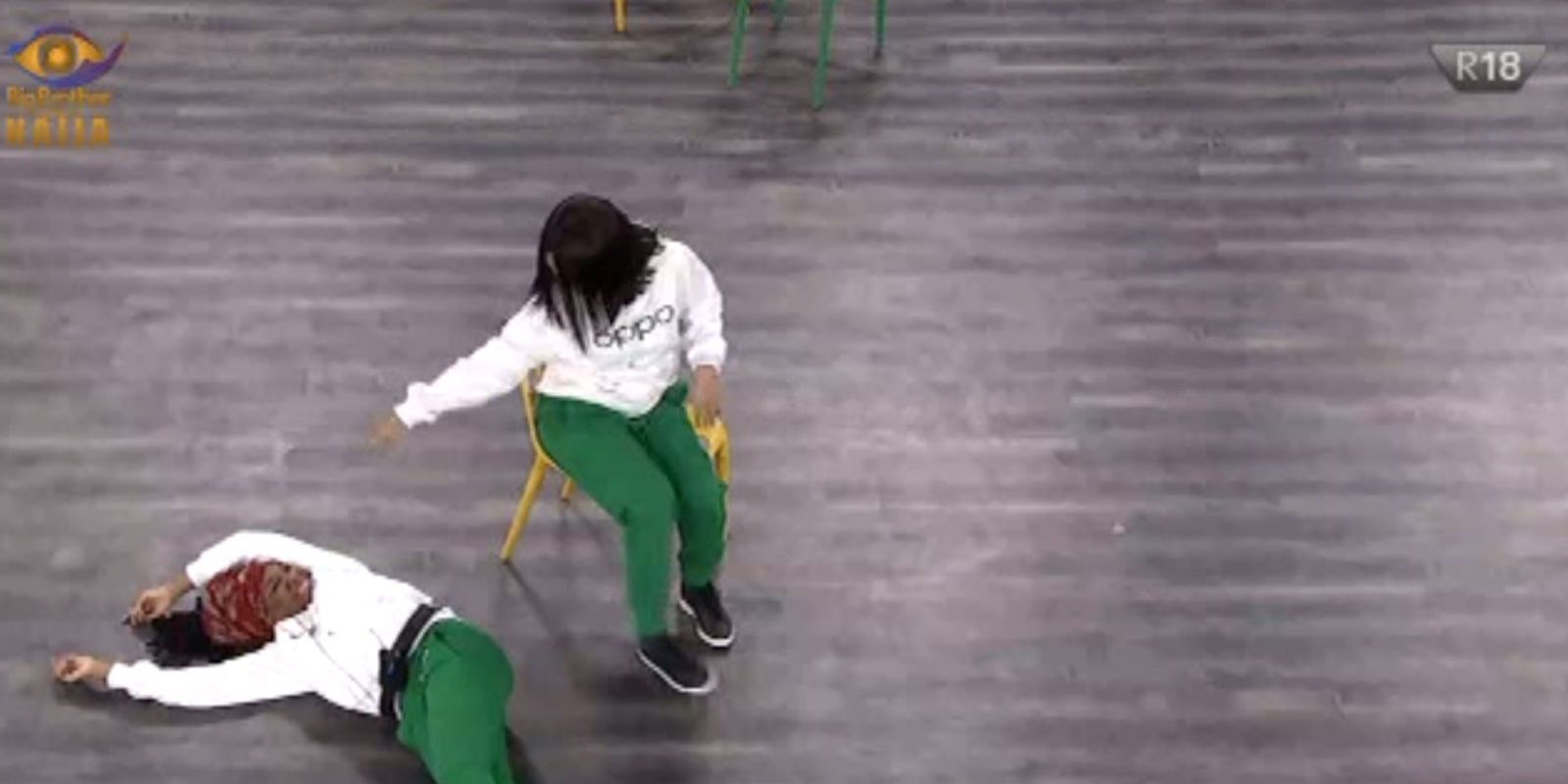 As for the guys, let’s just say they were having fun with the Task and it was funny seeing Ozo and Neo fight for the chair to enable them play and end up being paired with their preferred partners. As luck (or not) would have it, cupid turned it’s arrow the other way around and Neo ended up winning this round which would make him automatically paired with Nengi, while Ozo with Vee. Or maybe not… 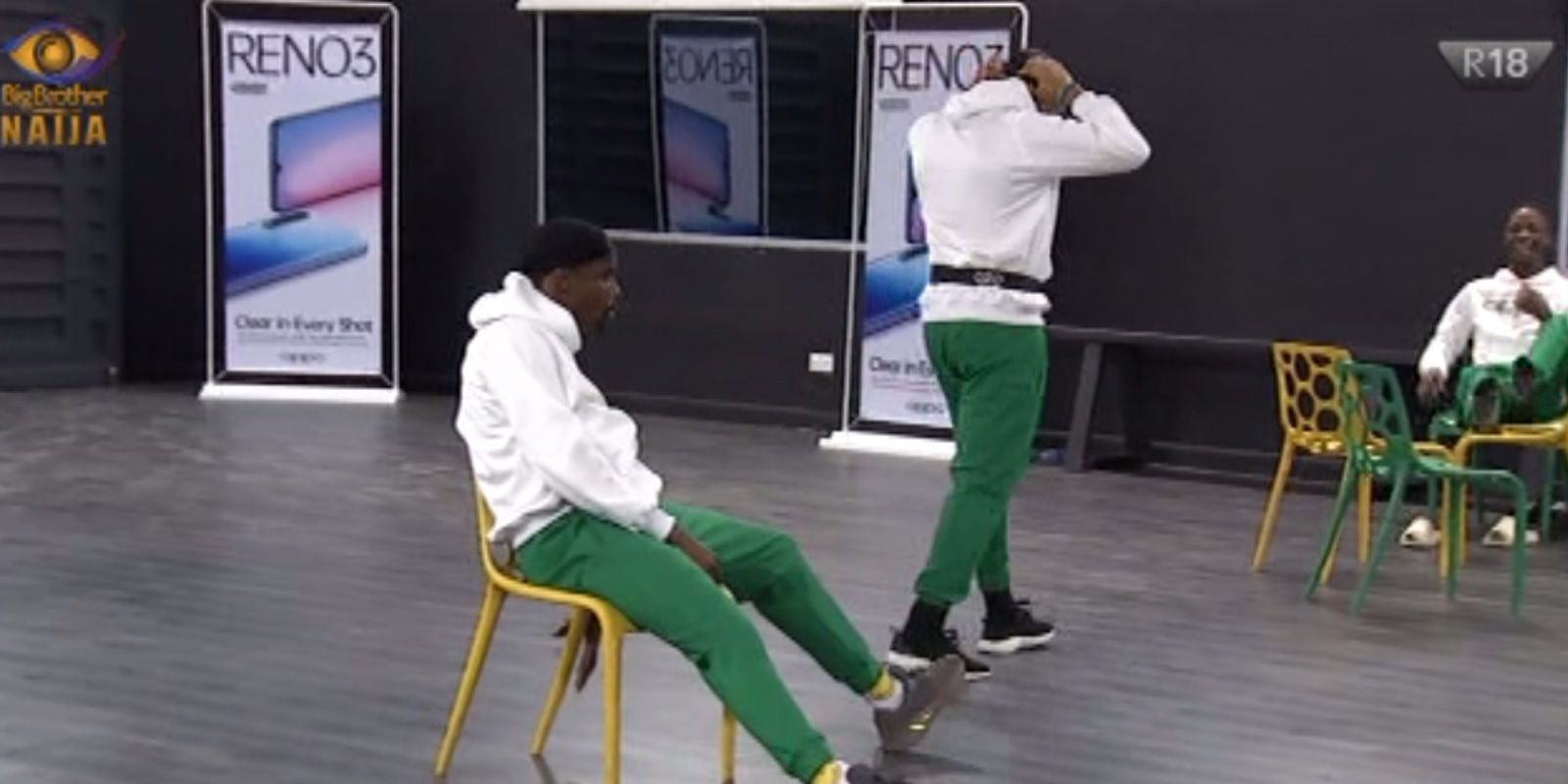 Our VAR caught some of the Housemates cheating intentionally just to make sure their numbers matched that of their resident baes. We see you Tolanibaj/Prince and Erica/Kiddwaya. Or should we just agree that it was a coincidence? Lol. Let’s see how Biggie judges this.

Video
Day 24: Fluttering across obstacles – BBNaija
Courtesy of Flutterwave, a Nigerian fintech company, both Level 1 and Level 2 Housemates competed in an obstacle relay game where team members played different roles to complete the obstacle course.
Video
Day 64: Housemates reflect on Level 3 twist – BBNaija
"I was like bro, this brief says Guest o," said Bryann as he, Adekunle and Daniella discuss how the Level 3 Housemates were confident in still being in the Game.
Video
Day 24: The Oppo musical chairs Task
Today’s first Challenge got the Lockdown Housemates playing the game of musical chairs, courtesy of Oppo Nigeria.
News
Day 45: The Oppo spelling bee game
As part of the Oppo Task for the day, the Lockdown Housemates were required to participate in a fun spelling bee game.