News
07 August 2020
A few Housemates have lost their groove and only time will tell when they will get it back.
SUBSCRIBE TO WATCH

It's the third week and in spite of the Wager Task victory, a few Housemates are still upset or in a phase. Getting out of it might be hard and only time will tell when they eventually will.

As a reward for outstanding performance during the Wager Task, the Head of House was given the fridge so the Housemates could celebrate with their favourite brand of alcohol. But that wasn’t exactly the interesting part. Things turned sour briefly when Dorathy realised Ozo had the key but he was hesitant to open the fridge because he was waiting for a certain someone. That certain someone happened to be Nengi who was still in the kitchen. You all saw it too.

Dorathy is annoyed with Ozo for waiting for Nengi, instead of announcing to the house about the key to the fridge had been given to him.

Dora is pissed that Nengi responded to her while she was talking to Ozo.

Ozo tells her not to be annoyed. #BBNaija

Na wa for this Ozo sef😏

Later some people on this app will be blaming Dorathy unnecessarily for getting pissed off, even when she always stand for what is right😗#bbnaijalockdown2020 pic.twitter.com/PwiTGATpXt

If Dorathy is in love is it a bad thing for christ sake, why will Ozo wait for just one person before opening the fridge for the hms,.

An upset Dorathy wasn’t even willing to hang out with the rest of the Housemates when the fridge was open until Ozo came to placate her. She didn’t give in until she accused Ozo of not wanting to open the fridge until she asked him who he was waiting for. She was also upset that she heard Nengi defiantly say he was waiting for her. Eventually, Ozo was able to appeal to her before she joined the rest of the Housemates. A few of you thought there was more to it.

Dora is jealous. And she needs to handle this better. FFS.

You have been moody

Laycon has been in a phase since he opted for letting Erica be to ease the hurt. In a conversation he had earlier with Erica, she agreed to Laycon’s suggestion that he gives her a little breathing space just to get his act together and get over his affection for her. A strategy that didn’t seem to be working in his favour as he laid in bed mopping. Praise was quick to tell him that he had been moody all morning and needed to get himself together. He even had a notion what he believed Erica was doing to Laycon.

Some people want to eat their cake and still have it, they will reject you and still want you in their life.... hmm Praise to Laycon this evening 👍🏽

Notwithstanding, he tried to lift Laycon’s mood and even promised to help distract him from Erica. A few of you thought Praise had done enough for Laycon.

Praise has tried his best for him.
If after now, he doesn’t give himself sense then I would have no reason to doubt they’re doing laycon this thing from the village 😂.

He better conducts himself properly so he will carry the 85million home in peace sha 💀.

Erica on her part can't seem to get enough of Kiddwaya and this was just after breaking it off a night ago. When Vee and Tolanibaj again asked her if she felt anything for Laycon, she responded that all she was thinking about at that moment was Kiddwaya. That sealed it for them even though Erica earlier mentioned that she wished she could insert Laycon’s mind in Kiddwaya’s body, but for now, it seems she’s pretty much okay with the physical attraction she has for Kiddwaya

Laycon isn't the only one that has lost his groove, Lucy too has been feeling a little blue. It seems like her groove left when Ka3na did. She has been a shadow of her old safe. Dorathy had to encourage her to get back in the game. “You were a vibe when you got in and you need to allow yourself enjoy the experience,” she said. Lucy, in turn, let her know that there was a lot going on and it was quite frustrating. 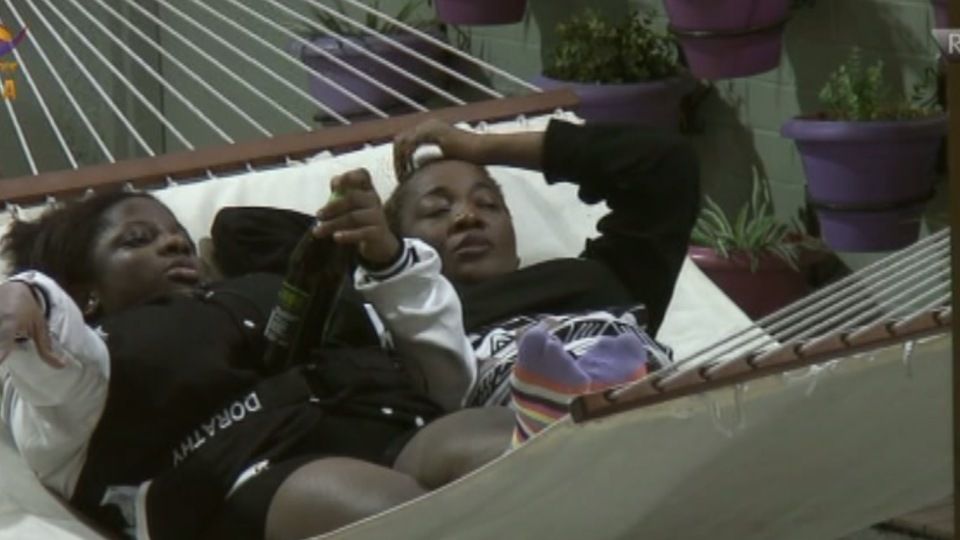 Eric may have found a new cosy buddy and it’s none other than Wathoni. The two spent time huddled next to each other while hanging out with the Housemates. Wathoni who had crossed parts with Tolanibaj over Prince may soon hop on another ship soon enough. 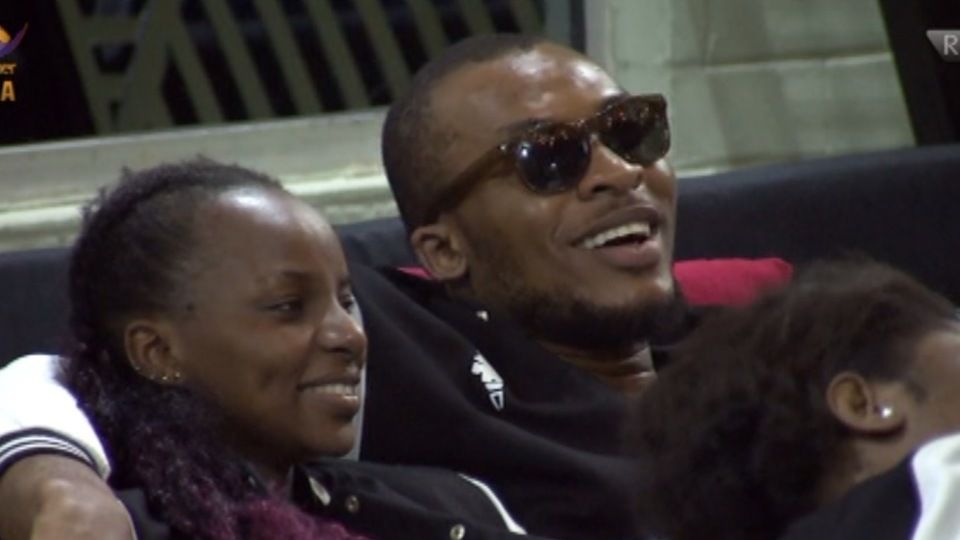 We weren’t the only ones that noticed it.

Is that Wathoni and Eric tickling? pic.twitter.com/BfqRfDAyAJ

A lot is going on in the House; some finding love, some depressed over lost love and some just trying to get their groove back. All in all, its just another week in the Big Brother Naija House.

News
Day 27: Level 2 Housemates brought the groove – BBNaija
Vibes, twerking and kissing were the order of last night's pool party.
Video
Day 27: Daniella clears the air on the 'lost' condoms– BBNaija
"Me, Daniella Peters, I was not in any condom worth experience," Daniella assures her fellow Level 2 Housemates as they question her about the missing condoms.
News
Day 63: Groove and drama
It was a lit Saturday Night Party with the amazing DJ Lambo, the super talented Joeboy and a bit of drama on the dancefloor.
News
Day 28: The calm after the groove
With every Saturday Night Party, comes a bit of drama, but not this night.