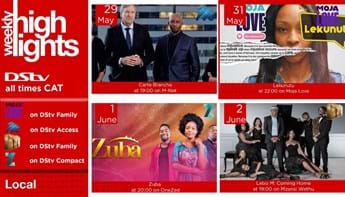 Wednesday 1 June at 20:00 on OneZed, available on DStv Compact and up

Thursday 2 June at 19:00 on Mzansi Wethu, available on DStv Access and up

Monday 30 May at 21:30 on Africa Magic Family, available on DStv Family and up

Tuesday 31 May at 19:00 on Africa Magic Showcase, available on DStv Compact and up

Wednesday 1 June at 20:30 on Africa Magic Urban, available on DStv Compact and up

Thursday 2 June at 21:00 on Africa Magic Showcase, available on DStv Compact and up

Monday 30 May at 20:00 on Pearl Magic Prime, available on DStv Compact and up

Wednesday 1 June at 21:00 on Maisha Magic Bongo, available on DStv Access and up

Thursday 2 June at 19:30 on Maisha Magic Plus, available on DStv Compact and up

Friday 27 May to Thursday 2 June at 11:00 on SuperSport Tennis, available on DStv Premium

The second week of the 2022 French Open continues through the week of Friday 27 May to Thursday 2 June.

Friday 27 to Sunday 29 May at 22:00 on SuperSport Golf, available on DStv Premium

The PGA Tour continues with the Charles Schwab Challenge at the Colonial Country Club in Texas, with a purse of US$8.4million.

Saturday 28 May at 21:00 on SuperSport Premier League, available on DStv Compact and up

The final of the premier club football competition in the world, the UEFA Champions League, will see Liverpool take on Real Madrid at Stade de France in Paris.

Sunday 29 May at 14:00 on SuperSport Motorsport, available on DStv Premium

The eighth round of the 2022 MotoGP World Championship will be the Grand Prix of Italy, held at Autodromo Internazionale del Mugello in Tuscany.

The 2022 NRL season will continue with a Friday morning thriller between the Brisbane Broncos and Gold Coast Titans.

The 2022 MLB season will feature a Saturday night battle between the Atlanta Braves and Miami Marlins from Georgia.

What Happens in Vegas

Friday 27 May at 21:45 on Studio Universal, available on DStv Compact and up

After a wild night in Vegas, Jack and Joy end up getting married. To make matters worse, they win a jackpot of three million dollars that makes it impossible for them to get out of their marriage. Starring Cameron Diaz and Ashton Kutcher, directed by Tom Vaughan.

Nanny McPhee and the Big Bang

Caught between a hectic life of tending to the family farm and raising a group of spirited children, Isabel Green is in desperate need of a helping hand. Nanny McPhee appears at her door step. Starring Emma Thompson and Maggie Gyllenhaal, directed by Susanna White.

In a post-apocalyptic world, Regan and her family learn that the alien predators can be defeated using high-frequency audio. Armed with this knowledge, they then set out to look for other survivors. Starring Emily Bliunt and Cillian Murphy, directed by John Krasinski.

The people trapped in a collapsed northern diamond mine only have a few hours of air left. A group has to drive on treacherous thawing ice to rescue them while also dealing with an unknown threat. Starring Liam Neeson and Amber Midthunder, directed by Jonathan Hensleigh.

Monday 30 May at 16:30 on TLNovelas, available on DStv Family and up

Wednesday 1 June at 17:00 on Zee World, available on DStv Access and up

Thursday 2 June at 20:00 on Telemundo, available on DStv Access and up

Monday 30 May at 07:25 on Dreamworks, available on DStv Compact and up

Monday 30 May at 15:50 on Nickelodeon, available on DStv Compact Plus and up

Tuesday 31 May at 18:40 on Disney Channel, available on DStv Compact and up

Wednesday 1 June at 10:05 on Nick Jr, available on DStv Compact Plus and up

Monday 30 May at 18:00 on BBC Lifestyle, available on DStv Compact and up

Top chefs judge passionate home cooks who participate in competitive culinary challenges to develop their cooking skills and win the title of the best chef.

Tuesday 31 May at 21:00 on Discovery ID, available on DStv Compact and up

‘Evil Lives Here: Shadows of Death’ reveals how the impact of a crime changes people, and what follows that life-changing event. Anchored by intimate POV interviews, this original series explores how a crime forever alters the lives of those involved.

Jackie Quiñones, a hard-partying National Marine Fisheries Service agent, has her life thrown into disarray when she gets tasked with investigating serious crimes in her popular beach community.

Thursday 2 June at 20:15 on History Channel, available on DStv Compact Plus and up

Deep in the swamps of Louisiana, a group of people with a culture rooted in American frontier skills and values carries on their long tradition of self-reliance. Season 13 of the series follows the fiercely proud “Swampers” during the alligator hunting season as they battle Hurricane Ida, heatwaves, changing tides and dangerous sinkholes.

Claire Beauchamp Randall, a nurse in World War II, mysteriously goes back in time to Scotland in 1743. There, she meets a dashing Highland warrior and gets drawn into an epic rebellion.

Host Guy Fieri goes on a road trip and visits diners, drive-in restaurants and dive bars that are popular among the locals in the US, and interacts with the owners, staff and the customers.

Take a closer look at the relationship between Ghislaine Maxwell and Jeffrey Epstein.

The Real Housewives of Miami

‘The Real Housewives of Miami’ (abbreviated RHOM) is an American reality television series. Developed as the seventh instalment of ‘The Real Housewives’ franchise, it focuses on the personal and professional lives of several women living in Miami, Florida. 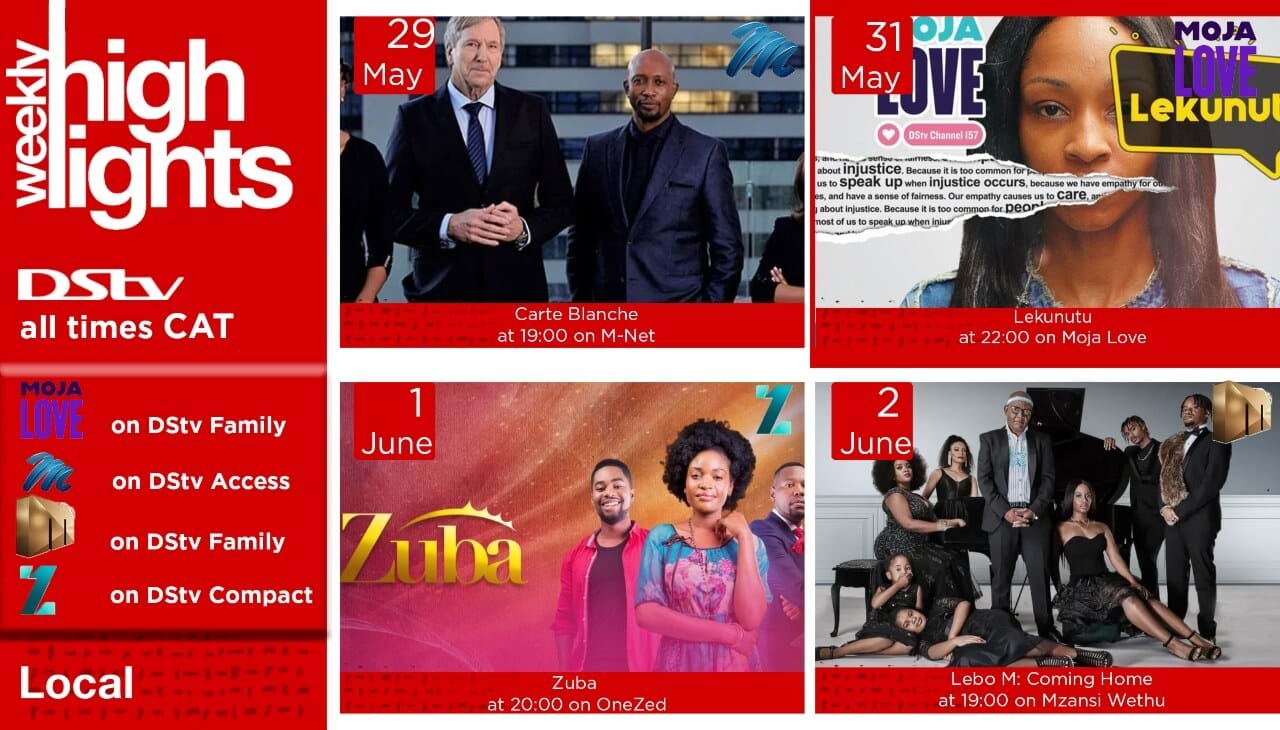