Get to know your K-pop superstars!

With over four billion views on YouTube, there aren’t many people who haven’t heard of Gangnam Style. 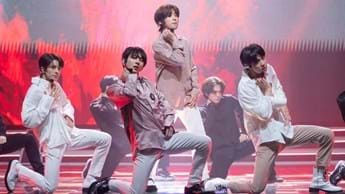 The music video that satirised the wealthy and flamboyant side of South Korean society and K-pop culture was the first K-pop song to make a significant impact on the Western music industry. But the world of K-pop has a lot more to it than that one viral music video.

K-pop is influenced by styles and genres from all over the world, such as pop, rock, hip hop, electronic dance, folk, and even jazz, on top of its traditional Korean music origins. It typically features bright, kaleidoscopic displays of highly choreographed dance routines, quirky and fun concepts, and a dreamy portrayal of the Korean singers.

The genre is unique in the sense that it mixes Western influences with Korean performance or “point choreography”, which is why it is has transcended language to become the international phenomenon it is today. And now, K-pop and K-series have come to DStv on a new pop-up channel, tvN, on Channel 134.

Curious about what the life of a K-pop idol is like? It’s not all luxury as you might expect. Many management agencies in South Korea offer binding contracts to upcoming artists who must train extensively and in strict environments to meet the high standards of the industry.

It’s a long way to the top in the world of K-pop, but here are some of the successful superstars you can get to know on DStv’s new tvN channel:

Not only is Park Sung-hoon a former South Korean figure skater who has earned silver medals at the South Korean Figure Skating Championships, but he is also a current member of the popular South Korean boyband ENHYPHEN. The band was formed during the 2020 survival reality show, I-Land, which airs Thursdays at 18:30 CAT on tvN, DStv Channel 134.

Seo Hyun-jin made her debut in 2001 as the lead vocalist and dancer in K-pop girl group M.I.L.K. Five years later, she moved from music to acting and secured her stardom in Another Miss Oh, a romantic television series about two women who share the same name and a destiny with the same man who can see the future. It's on Mondays to Wednesdays at 18:45 CAT on tvN, DStv Channel 134.

This South Korean actor started on stage, performing in musicals and plays before entering the film industry. Today, he stars in one of South Korea’s highest-rated dramas, Encounter, airing weekdays at 21:30 CAT on tvN, DStv Channel 134.

Kim Hye-soo not only has a long history of leading and supporting roles in films and TV dramas, but is also a budding artist with a master’s degree in journalism. On top of all that, she speaks five languages! Watch this talented actor in Signal, a South Korean whodunnit showing weekdays at 22:30 CAT on tvN, DStv Channel 134.

This K-pop star is a member of the first ever South Korean actor group, 5urprise, who reversed the conventional path to fame by starting off as actors and then moving into singing careers. Don’t miss him as he plays an aloof and uncaring police officer in Korean drama Watcher, airing weekdays at 12:30 CAT on tvN, DStv Channel 134.

Thanks to the DStv pop-up channel tvN, we can experience more vibrant and artistic cultures that are emerging from the international music and film scene.

Want to watch the best of South Korea’s shows and series on your phone or a tablet? Download the MyDStv app and enjoy the convenience of live streaming. You can also use it to manage your subscription from the comfort of your home.