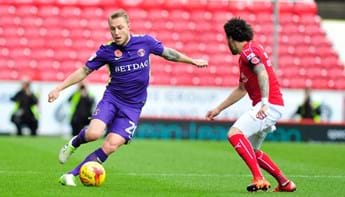 Viewers on DStv can look forward to even greater sporting variety, with some thrilling action coming their way on ESPN and ESPN 2 from Friday 8 to Thursday 14 October 2021.

The first live action on ESPN arrives on the morning of Friday 8 October, with the Houston Rockets taking on the Miami Heat (04:00 LIVE on ESPN)  in the first of five live National Basketball Association (NBA) pre-season games which will be aired this coming week.

Heat guard Tyler Herro says he is planning to have his best season yet in 2021-22: “For me, one of the biggest things was hearing people say that I partied too much, that I’m not in the gym, that I don’t love the gym,” he explained. “If you knew me, you’d know I try to be the hardest-working dude out here. So, I think you’ll see that this year.”

The morning of Monday 11 October takes us back to pre-season NBA action, with the Milwaukee Bucks facing the Oklahoma City Thunder (01:30 LIVE on ESPN ) and the LA Lakers hosting the Phoenix Suns (04:00 LIVE on ESPN), while Tuesday 12 and Thursday 14 October features Philadelphia 76ers v Brooklyn Nets (02:00 LIVE on ESPN) and Charlotte Hornets v Dallas Mavericks (00:30 LIVE on ESPN) respectively.

New Dallas signing Reggie Bullock says he is looking forward to making his mark: "From when I played against the Mavericks last year, I liked the way that they competed as a team,” he explained. “They’ve got great players, so it was an easy no-brainer for me (to sign with the Mavs).”

He added, “Being with the Knicks last year, we made it to the playoffs, but I see (the Mavs) as a team that has taken that next step to be in the postseason. I felt like the skill set that I have was easy for me to be able to make this move to be able to come back down here and be around a great organisation and a great city around great fans and just bring my game here.”

ESPN 2 this week is all about American Football, kicking off with a National Football League (NFL) battle between the  Seattle Seahawks and Los Angeles Rams on the morning of Friday 8 October (02:20 LIVE on ESPN 2).

Rams coach Sean McVay recently lavished praise on quarterback Matthew Stafford for his play early in the regular season: "He had a look in his (eyes) I mean there was no (flinching). You talk about nobody flinching. He just stayed the course. He relishes those moments and he was at his best when his best was required. That’s the epitome of competitive greatness displayed by him and a lot of our guys," said McVay.

The final NFL action for the week arrives on the morning of Tuesday 12 October, with the Baltimore Ravens at home to the Indianapolis Colts (02:15 LIVE on ESPN 2). Ravens quarterback Lamar Jackson says he may celebrate a touchdown with more acrobatics after raising eyebrows with his flip in a victory over the Kansas City Chiefs.

"I'm kind of sore," Jackson said while stretching out both arms. "I didn't want to tell Coach (John Harbaugh) because Coach would probably (have) said something to me about flipping next time. I don't know; I'd probably do it again though."

Card Link
On your Screen 24 August 2021
It’s true, DStv Premium customers get Showmax at no extra cost, and subscribers on other packages receive a 50% discount.