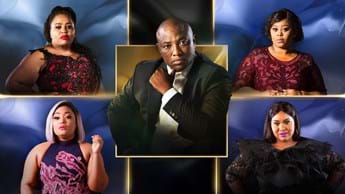 One of TV’s hottest shows is back for a fifth season, and it promises to be the wildest ride yet. Musa Mseleku and his four wives are ready to be the talk of the social media town when brand new episodes of the much-loved Uthando Nes’thembu come to Mzansi Magic in September.

Season 4 ended on a cliffhanger, with Musa confronting his wives about the lack of harmony between the households, wives dressing inappropriately, and other accusations that divide the family.

Season 5 picks up with the Mseleku wives reuniting to fix their issues and explore what led to them in the first place. Mamkhulu takes the lead by organizing an all-girls trip – but will this have the intended effect, or will it only sow further seeds of division? After all, as any connoisseur of reality TV knows, women alone on a trip is often where the most drama happens.

This doesn’t mean Musa is off the hook – he is taken to task by his wives for his own shortcomings, such as his inconsistency and lack of truthfulness when it comes to how he deals with his wives.

“This reality TV show continues to give viewers content that is intriguing and explosive, and as we head into heritage month, it gives them further insights into cultural practices that have been around for decades in the modern-day family set-up,” says Nomsa Philiso, the Director of Local Entertainment Channels at M-Net.

Season 5 continues to explore each woman’s storyline, from MaCele’s intention to move out of the homestead and MaYeni’s journey as a grandmother to MaNgwabe trying to heal her shaky marriage and Thobile navigating her fertility issues.

In the beginning, it seemed Musa understood the adage “happy wife, happy life”, but as the seasons have progressed, he has struggled to keep everyone happy. Will he finally find his way back to marital equilibrium, or has he built a house of cards?

On your Screen 07 September 2021
Escape your reality

How to beat the mid-year slump

card link
On your Screen 07 September 2021
After an exciting and intense two weeks of the top 16 battling it out for viewers’ votes, the top 10 for Idols season 17 was announced in a star-studded live show.