Are you not entertained? Enjoy the best African entertainment this October

It’s another brand-new month and we’re once again taking your home entertainment experience to the next level with exceptional local and international content.

Guess what? It’s another brand-new month and we’re once again taking your home entertainment experience to the next level with exceptional local and international content. 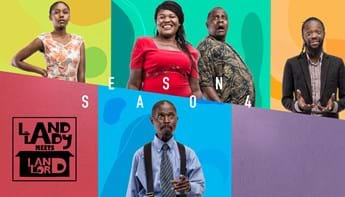 This month, M-Net Channel 101 brings viewers the very best in gripping series. From the Best of Brit with police procedural’s to courtroom drama to emotional depictions of love, Monday’s will never be the same again.

Starting on Monday, 11 October at 20:30 CAT is Vigil, a British police procedural miniseries created by Tom Edge and produced by World Productions (the producers of Line Of Duty, The Pembrokeshire Murders, Save Me, and Bodyguard).

Following Vigil, viewers can continue to tune in to The Good Fight S5 at 21:30 CAT. In the fifth season, Diane (played by 15-time Emmy Award nominee and winner Christine Baranski) is forced to question whether it’s appropriate for her to help run an African American law firm with Liz (Audra McDonald known for her roles in Private Practice and The Good Wife) when the firm loses two top lawyers. Meanwhile, Marissa (Sarah Steele) and the firm become entangled with Hal Wackner (Mandy Patinkin), a regular Chicagoan who decides to open his courtroom in the back of a copy shop. If you missed any of the episodes, you can find them on DStv Catch-up to get updated.

Then, also on 11 October, HBO’s Scenes from a Marriage premieres at 22:30 CAT. The miniseries is written, directed, and executive produced by Hagai Levi (Our Boys, The Affair, HBO’s In Treatment).

Card Link
On your Screen 24 August 2021
It’s true, DStv Premium customers get Showmax at no extra cost, and subscribers on other packages receive a 50% discount.