DStv customers can look forward to an exclusive, action-packed sporting line-up for the next few months with SuperSport and ESPN bringing you unbeatable coverage from the world’s top sporting events. 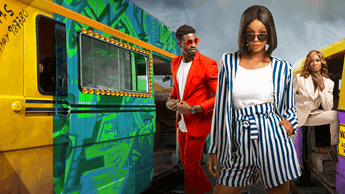 DStv customers can look forward to an exclusive, action-packed sporting line-up for the next few months with SuperSport and ESPN bringing you unbeatable coverage from the world’s top sporting events.

The key highlight is the 2022 FIFA World Cup in Qatar running from 21 November to 18 December: That’s 64 matches in prime time – all live on SuperSport – plus a unique offering of highlights, historical footage, news updates and feature pieces with notable analysts and commentators.

And while the build-up to Qatar 2022 continues, DStv brings you the best football action from around the globe, including the Premier League, La Liga, Serie A, UEFA Champions League, UEFA Europa League, FA Cup and more.

The football variety extends to the Major Soccer League, Turkish Super Lig, Eredivisie and Scottish Premiership, all of which feature on the two ESPN channels, which also provide action from the National Basketball Association (NBA), Major League Baseball (MLB) and National Football League (NFL), with a major the highlight the Super Bowl set for 14 February 2022 at the SoFi Stadium in California.

Following the Olympic Games, another major upcoming highlight is the 2022 Commonwealth Games in July and August. With over 5,000 athletes from 72 nations – including Nigeria, Kenya, and South Africa– the Commonwealth Games are always a celebration of competition, unity and humanity.

But cricket lovers don’t have to wait until next year for global showpiece tournaments, the 2021 ICC Men’s T20 World Cup will be held from 17 October to 14 November, with 16 teams playing out 45 thrilling short-format matches.

DStv viewers also enjoy unrivalled coverage of rugby, tennis, athletics, golf and the best motorsport, including Formula 1 and MotoGP, while SuperSport will continue to look out for boxing fans by securing the very best fights with boxers like Deontay Wilder, Canelo, Tyson Fury and Manny ‘Pacman’ Pacquiao.

SuperSport will spotlight Africa’s own UFC champions: Francis Ngannou, Israel Adesanya and Kamaru Usman, who are all true warriors in the Octagon. The WWE Universe offers weekly live airings of Raw, SmackDown and NXT, features, magazine shows and monthly Pay-Per-View specials – all headlined by WrestleMania 38, which will be held in Arlington, Texas in April next year.

Viewers on DStv can enjoy an unrivalled selection of sporting action from around the world!