The best African content to binge this December, from Troukoors (Wedding Fever) to The Wife

The best African content to binge this December, from Troukoors (Wedding Fever) to The Wife 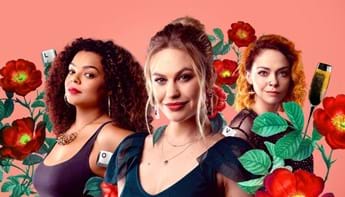 Troukoors (Wedding Fever), the first Showmax Original romcom, is made by SAFTA winner Louis Pretorius and SAFTA nominee Albert Snyman of Infinity Films, the creators of critically acclaimed and much loved shows like Die Boekklub and Fynskrif, with regular collaborator Nina Swart directing.

“Troukoors is like good champagne: light and bubbly and more-ish, with a tendency to bring out people’s naughty sides,” says Candice Fangueiro, head of content at Showmax. “It’s like Younger or The Bold Type, but set against the splendour and romance of the Cape wedding industry.”

Showmax’s first telenovela, The Wife, has broken Uthando Lodumo’s record for the most first-day views of all time on Showmax, as well as Devilsdorp’s record for the most hours watched within four days of launch, outperforming the launch of any film or series on Showmax ever, including the likes of Game of Thrones, The Real Housewives of Durban and The River.

Inspired by Dudu Busani-Dube’s bestseller Hlomu The Wife, the 40-episode first season tells the story of a journalist (Mbalenhle Mavimbela from Skeem Saam) who falls in love with a taxi driver, Mqhele (Bonko Khoza from Neckie Youth), not realising that when you marry a man, you marry his secrets.

The Wife has topped the Twitter trending charts for four Thursdays in a row, while early reviews are glowing. As IOL’s Debashine Thangevelo put it, “Honestly, I can’t sing the praises enough of this homegrown offering… The actors share incredible chemistry, and their respective performances are unparalleled… Don’t be surprised when it bags a lot of nominations at next year’s award ceremonies.”

Jessica and her lover, Sophia, look forward to a mountain escape for a few days before New Year’s Day, while Jessica’s environmental activist fiancé, Daniel, is away at a conference. So when Daniel arrives to surprise Jessica, he is the one that gets a surprise. Now, with the truth revealed about Jessica’s infidelity, is there a way to save their relationship or will this be the last time the three of them are together?

The ultimate relationship test, Temptation Island South Africa follows couples at a crossroads in their relationship, where they must mutually decide if they are ready to commit to one another for the rest of their lives — or go their separate ways.

Together, the couples experience a luxurious holiday in paradise (aka Knysna), where they live separately - with 20 sexy single men and women who are looking for love. This last taste of the single life is meant to help answer their most difficult questions about their relationship, like, “Are we meant to be?” and “Is there someone better out there for me?”.

A South African/Canadian co-production, Influence was nominated for a 2021 Critics’ Choice Documentary Award for Best Political Documentary, screened in competition at Sundance, and was named Best South African Documentary at the 2020 Durban International Film Festival, among other accolades.

Vulture calls Influence “the kind of story that makes you question everything,” while The Globe and Mail calls it "extraordinary” and “eye-opening."

With six SAFTA nominations (including for Best Comedy) and a win for Best Scriptwriting, the popular BET Africa-Showmax co-production Black Tax is back for a second season of laugh-out-loud hilarity as career woman and single mom Thuli Dlamini tries to keep up with paying her dues to her family, who supported her journey to success.

SAFTA winner Jo-Anne Reyneke (Broken Vows, Isono) returns as Thuli, with Mandla Jwara (Isithembiso) nominated for Best Actor at the 2021 SAFTAs as her father. Industry legend Clementine Mosimane, a 2020 SAFTA winner for Poppie Nongena and 2021 nominee for How To Ruin Christmas: The Wedding, plays her mother, while comedians Sne Dladla and Jason Goliath also star.

Created by Meren Reddy, Joshua Rous and Luke Rous, who have 15 SAFTAs between them, the popular sitcom is produced by Rous House Productions (Inconceivable, Elke Skewe Pot, High Rollers).

THE EDGE OF EXISTENCE | Stream now

Filmed in Tanzania over three years, The Edge of Existence takes viewers into the heart of the growing human-wildlife conflict in the western corridor of the Serengeti.

While the urgent need for conservation has been widely publicised, there’s been less awareness about its cost to the neighbouring communities, from farms getting trampled just before harvest to livestock - and even humans - being killed by predators. As The Guardian said in their review, “If you thought your commute was stressful, imagine sharing it with an elephant herd.”

“Conservation is not sustainable unless we find workable solutions to human-wildlife conflict that can support the communities affected,” James told Responsible Traveller. “And no solution will be feasible unless it takes both humans and wildlife into account.”

South Africa’s official entry to the 2021 Oscars, Toorbos is an adaptation of the beloved Dalene Matthee love story about the uprooting of Karoliena Kapp, one of the final forest dwellers in Knysna in the 1930s.

As Karoliena, Elani Dekker was nominated for a 2021 SAFTA for Best Actress, with Variety praising her “fine, quiet” performance and comparing her “guileless poise” to a “younger Keira Knightley” and Screen International saying the film is “built around” her “luminous and intriguing central performance”.

Screen International describes Toorbos as “a refreshingly unusual and unpredictable period-piece…” while Variety calls the film “a satisfying marriage of folky period romance and environmental parable from the misty, mossy depths of South Africa’s Knysna forest region: a national beauty spot much enshrined in local literature and lore, but rarely given this kind of grand-scale screen showcase.”

Set in Lamu and Nairobi, Subira is a coming-of-age story that follows Brenda Wairimu (Monica, Disconnect) in the titular role as a free-spirited Muslim girl who struggles against traditions and gender stereotypes to live out her dream of swimming in the ocean.

From a young age, all Subira has ever wanted was to learn how to dive in the ocean. And her fisherman father (Abubakar Mwenda, Nairobi Half Life, Mission to Rescue) is willing to teach her when the right time comes, much to the disapproval of her mother (Nice Githinji, Rafiki, Lusala), who, like others in their conservative Lamu community, prepare their daughters for only one thing - to be married to a good man from a good family.

KenyaBuzz praised Subira as “the sweetest movie to come out of Kenya in 2018”, while The Hollywood Reporter called it “ a coming-of-age story that addresses the universal issue of taking control of your life, regardless of the challenges society and culture bring.”

Local reality TV hit The Coolest OG’s was shortlisted for Competition Show of the Year at the 2021 Content Innovation Awards in London.

The show sees 12 senior citizens compete for the title of hippest “golden oldie”. Each episode introduces a new challenge, ranging from gaming to songwriting, music video production to modelling, art to acting and more - activities that might be second nature to millennials and zoomers (the Gen Z crowd), but could give an older person pause. With the help of their grandchildren and influencers, the seniors battle it out, with someone being forced into early retirement every episode, until only one - the ultimate Coolest OG - remains, taking home a cash prize of R100 000. The judges - who look at both performance and swag - are a panel of four 20-somethings making waves in the fashion, music, film and food industries.

“It’s more than just a TV show with grandparents doing wacky things - it’s an opportunity to talk about ageism in society,” says Jimmy Muteba, executive producer of The Coolest OG’s at Rebelintown Productions. “Older people are a marginalised group, often excluded from conversations, media and entertainment. We need to talk about it - and The Coolest OG’s tries to do that in a fun way. If we’re lucky, we’ll all get old one day.” 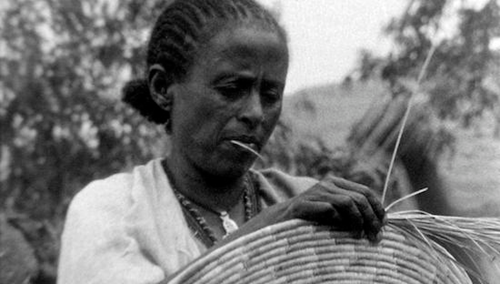 Ethiopian filmmaker Haile Gerima has been named the first recipient of the Academy Museum of Motion Picture’s Vantage Award for “an artist or scholar who has helped to contextualise and challenge dominant narratives around cinema.”

The 1975 classic, Harvest: 3000 Years is Gerima’s second fiction film, which played at Cannes to acclaim and won two prizes at Locarno. “Inspired to make a film in his mother tongue, Amharic, after seeing Ousmane Sembène’s Borom Sarret (1963), Harvest: 3000 Years turns away from the cityscapes of Bush Mama for a more expansive setting. In rural Ethiopia, a greedy landowner exploits the peasants who tend his property, commanding them from the shade of his veranda. But a griot challenges the social order and slowly an awakening occurs among the suffering workers,” says the Academy, calling the film “elliptical and epic.”

The film’s fans include Oscar-winning director Martin Scorcese (The Irishman, Taxi Driver), who wrote, “He shot it on black-and-white 16mm, with non-actors speaking Amharic, during two weeks of his summer vacation, on the run and in the midst of a civil war. It was after the overthrow of Haile Selassie and right before a military dictatorship was installed. Difficult conditions, you might say. That sense of monumental effort pervades every frame of Harvest: 3000 Years. It has a particular kind of urgency which few pictures possess. This is the story of an entire people, and its collective longing for justice and good faith. An epic, not in scale but in emotional and political scope.”

As Oscar-nominated director Ava DuVernay (Selma, 13th, When They See Us) tweeted, “He is a beacon to me and many. A true cinematic revolutionary.”

In Umakoti Wethu, SAFTA and Africa Movie Academy Award Best Actress winner Fulu Mugovhani gives another prize-worthy performance as Khathu, a Venda woman struggling to conceive, who finds herself in crisis when her Zulu husband's new job takes them back to KwaZulu-Natal, his overbearing mother, and his old flame.

Beyond Black Productions executive producer Moeketsi Moeketsi says Umakoti Wethu is an attempt to “pay homage to a beautiful part of the isiZulu culture while in the same breath giving voice to those individuals that may not always be heard within that same culture.”

EVERYTHING ON SHOWMAX IN DECEMBER 2021

To see everything on Showmax in December 2021, including the Gossip Girl reboot and a new season of the critically-acclaimed What We Do In The Shadows; the 2021 Golden Globe nominee The Personal History of David Copperfield; and the Guy Ritchie-Jason Statham action blockbuster Wrath of Man, click here. Please note this release schedule is subject to change.