Fans of the WWE can gear up for another thrilling week of action on SuperSport, with live airings of the NXT, SmackDown and Raw shows running from Wednesday 17 to Tuesday 23 November 2021.

The action begins on the morning of Wednesday 17 November with WWE NXT Episode 643. Former NXT Tag Team Champions MSK have sworn that they will regain their hunger and reclaim the belts... sooner or later.

“We held the titles for so long, but we forgot what it is like to hunt,” said Wes Lee. “But maybe this is what we need: you need to reach the lowest of the lows to get to the highest of the highs. It’s only a matter of time until MSK gets back to the top of the mountain.”

Saturday 20 November brings Episode 1161 of WWE SmackDown. A newcomer to the blue brand is Xia Li, who has promised to make a major impact on the women’s division.

“I’m not coming to SmackDown to make up the numbers,” said Li. “I’m putting the whole women’s division on notice: Xia Li is here, and I don’t care who you are, what you have achieved in the past, what belt you hold... none of that will matter when you come up against me. SmackDown is about to have a major change, and I’ll be right at the heart of it.”

Tuesday 23 November will feature Episode 1487 of WWE Raw. Seth Rollins has set his sights on WWE Champion Big-E and is determined to prove that he can get the better of the New Day member.

“You think Big E is worthy of that belt?” said Rollins. “I know what it means to have that title, to represent the company... it’s a weight that he can’t carry. But I can. Maybe it would be best for everyone if I just took that title off him. So says Seth Freakin’ Rollins.”

Don’t miss out on all the WWE content on DStv. And while you’re on the move, you can stream the action on the DStv App. 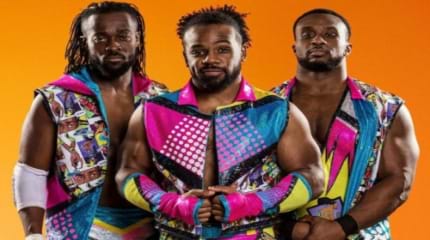