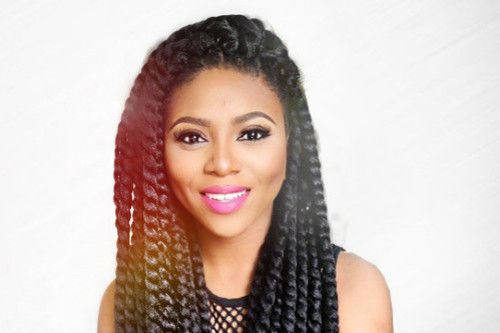 Hailing from North London, Coker has received high acclaim for her work on the popular TV show "Street Request" a music request segment targeted at young adults that airs on MTV Base. She can be heard on the weekly fashion talk show "Baileys's Boutique" and seen on red carpets across the globe.

Prior to her arrival in Lagos, Ms Coker worked in London for BBC, Bauer Media, London 360 and OHTV.

In 2011, Coker debuted as a radio presenter at the popular radio station 96.9 Cool FM serving as co-host with on-air personality Dotun. Stephanie has starred in one of Africa's most successful television dramas "Tinsel" and landed a position as a VJ on MTV Base.

In 2012, Coker and MTV Base team were awarded for Best TV show at the FAB Magazine Awards. She was recently signed with pan-African TV Network, Ebony Life TV and luxury alcohol brand, Bailey's. You can find the globe-trotting beauty on her new web-series "Steph Rocks TV". Coker has also added "entrepreneur' to her resume as she launched her protective braiding hair "Krochet Kulture" in 2016, which has received raging reviews from customers.