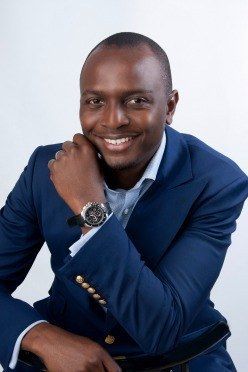 After graduating from the University of Lagos with a BSc in Economics, IK started his career in entertainment in 2001 with a job on Rhythm 93.7 - before then it was all fun and games. No paying jobs.

After a brief sojourn in the world of advertising, Ik decided to return to his first love: Radio Presentation in 2003, and has continued to wow fans on radio since then. IK has attained continental acclaim with presentation skills. This has been further endorsed by the fact that he has been the host of M-Net’s Big Brother Africa for the past 6 years. A show that is broadcast live right across Africa.

In 2014, Africa Magic encouraged IK to take things a step further, and commissioned him to produce a new show for the channel. IK designed, executive produced and presented Highlites With IK. The show was an instant success and is currently in its second season (2015).