News
17 August 2022
It was a very tense session for the Housemates.
Subscribe to watch Get Showmax

Following yesterday's Level 2 Diary Sessions, Big Brother touched base with the Level 1 Housemates to find out what they thought Afrofuturism meant. He also asked the Housemates about their sentiments over Khalid and Ilebaye's Eviction, as well as who of their fellow Housemates they would send to Level 2?

Sheggz was first up! Biggie asked him about the future of Africa, and he responded saying that Africa is already a strong continent. He continued to say he feels it's currently being exploited, specifically Nigeria. Sheggz shared that he felt blessed to be at the winning Level as far as this week's HoH Games were concerned. When Biggie asked him who of his Housemates he would send to Level 2, he chose Deji and Rachel. He also picked Rachel as the Housemate who would potentially be Evicted if there were any surprise Level 1 Evictions this Sunday.

Dotun followed soon after Sheggz and told Big Brother that his understanding of Afrofuturism is that it's a blend of African cultures with a mix of technology that will exist in the future. When asked about Level 1's Wager Task preparations, he said his Housemates are doing their best to ensure that they win the Wager Task this week. Dotun told Biggie that if he were to choose two Housemates to go into Level 2, he would pick Hermes and either Doyin or Chichi.

According to Giddyfia, Afrofuturism is bringing African roots or culture to the future to solve problems. When Biggie asked him where he saw Africa in the next 100 years, he simply said he felt like Africa is yet to shock the world. He shared with Big Brother that he was glad his Level won the HoH Games but he said Hermes is feeling disrespected as the Head of House. If he had a chance to send some of his Housemates to Level 2, Giddyfia said he would choose Doyin because she once spoke about wanting to move and Dotun because he is a responsible spirit and would shine in Level 2.

Chichi said she didn't know much about Afrofuturism and that her fellow Housemates have jotted down several ideas for the Weekly Wager Task. She added that Africa will be a great continent in the next 100 years. When Big Brother asked her about Ilebaye and Khalid's Eviction, she said that Khalid's exit from the show was shocking and that she didn't expect that it would happen to him. Chichi picked Doyin and Dotun when Biggie asked her who of her fellow Housemates she would send to Level 2 and also chose Doyin to be Evicted if surprise Evictions were to happen this Sunday.

During her Diary Session, a hesitant Allysyn explained Afrofuturism as the use of technology for the future. Allysyn said that their Task preparations are going well and that they have a few ideas they are working on at the moment. When asked about being in Level 1, and how she felt about being on the winning team she said she felt bad for Level 2. "I was surprised by Khalid's Eviction because he was a strong Housemate, which is why we opted to put him up for Nomination, so I was surprised when it happened. I was sad for my friend Daniella as well," said Allysyn about Khalid's Eviction after Biggie probed.

Hermes went into the Diary Room after Allysyn and told Biggie that his definition of Afrofuturism is a means by which the future can be made better for Africans using technology. "It would be an improved way of life for the people by the people," he said. He added that he is not confident about the Weekly Wager Task preparations because his fellow Housemates are too laid back.

Hermes said there is a certain attitude they have with regards to staying in the House. He said when they brainstorm as a team, people would not do anything to actualise the ideas, Bella, Chichi and Chomzy in particular. According to him, Dotun is productive. He continued to explain that Khalid's Eviction was hard since he was a strong character for this season. Ilebaye has always been the life of the party since the season started and had a strong character too. He said Chichi should be the one to be Evicted because she doesn't pull her weight around the House.

Adekunle said that Afrofuturism is the use of technology so that  Africa will be the motherland for the whole world. He was happy that Level 1 won the Head of House Games and was ready to leave if they lost. Adekunle added that Khalid's Eviction surprised him because he was a strong member of the team but wasn't surprised by Ilebaye's Eviction. When Biggie asked Adekunle who of his fellow Level 1 Housemates he would choose to send to Level 2, he chose Bella and Sheggz without any hesitation. He said that they seem inseparable and that the removal of Sheggz from Level 1 would ease up some of the tension.

Doyin was none the wiser regarding the meaning of Afrofuturism. She gave her best attempt at answering the question and said that it is using technology to answer Africa's issues in the future.  She said that the Task preparations aren't going well but are yet to be analysed as time goes by. "Africa will be more advanced than America in 100 years and it will be beautiful," she said when Biggie asked her where she saw the continent in 100 years. She is grateful for the fact that their Level is on a winning streak for the HoH title and feels bad for Level 2. Doyin, however, is not sure how it's impacting the game though she feels Level 1 is becoming cocky. When Biggie asked her about the recent Evictions, Doyin said that she was surprised by Khalid's Eviction as he came across as strong.

In one of the most hilarious Diary sessions yet, Big Brother was asked to go to the market to buy salt for Level 1 by Diana. She explained Afrofuturism as a concept that would help Africa develop to international standards using technology. She was saddened by the fact that Level 2 keeps losing the HoH task and said she would send Sheggz and Bella to the Level 2 House if she had to choose. 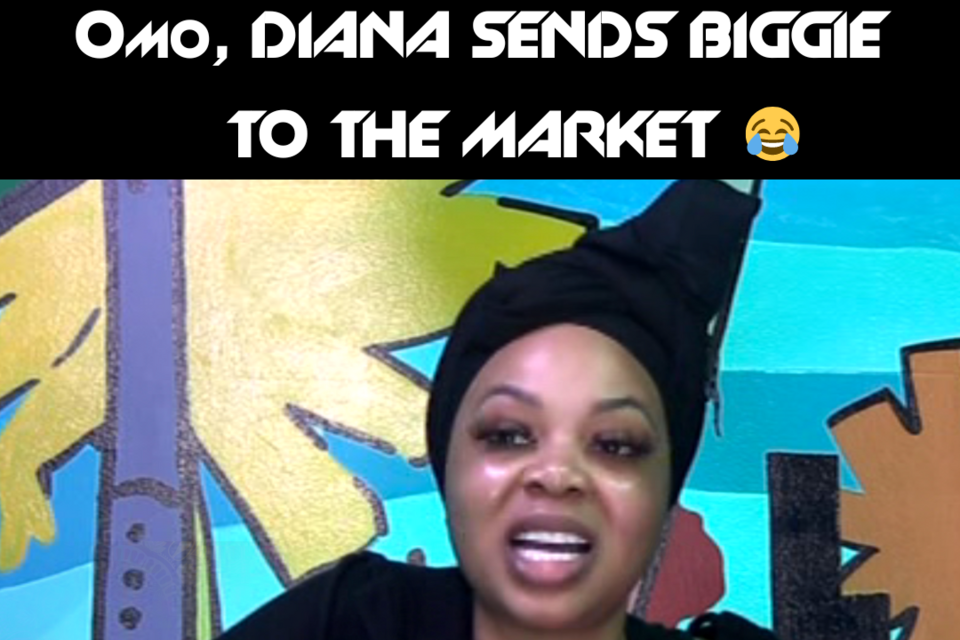 During his Diary Session, Deji defined Afrofuturism as the technology that will be used in the future for a better Africa. Deji voiced out his concerns over the fact that he might be leaving and told Biggie that he wants to put his all into the Task, not only because he is competitive, but he also wants to leave his mark in the Game. He said he is happy that Level 1 is on a winning streak where the HoH games are concerned and he is gunning for the title as well. Deji wasn't surprised by Ilebaye's eviction but he was surprised by Khalid's. He said that Khalid was a strong Housemate and that his Evictions shook things up in Level 1.

Chomzy told Biggie that she is not sure what Afrofuturism means, but she sees Africa taking over the world in 100 years to come. Chomzy also added that she was relieved that she is safe for the week due to her Level's win but feels their win was by grace. When Biggie asked her about Ilebaye and Khalid's Eviction, she explained that last week's Eviction affected her game on Monday since Ilebaye was her friend. She didn't know she was up for Eviction until the Saturday Night Party. She said that she didn't have an encounter with Khalid, so she is not too affected by his Eviction.