Moments to remember from the #BBNaija S5 Reunion

News
15 July 2021
We bid farewell to our Big Brother Naija Lockdown Housemates by shining a spotlight on all the memorable moments from when they reunited on television one last time.

The Big Brother Naija Season 5 Reunion kicked off on Thursday 17 June, wrapping up on 2 July 2021. The Housemates came to clear the air – and clear the air they did! From triangles to octagons (you do the math), fallen friendships and everything in between, this Reunion was everything we never knew we needed.

Episode 1 started off on a light note and saw the Housemates giving all of us an update of what they have been up to since they left Biggie’s House. Little did we know that as soon as Episode 2 aired, the drama would be unleashed in full force. Are we complaining? Not a chance! 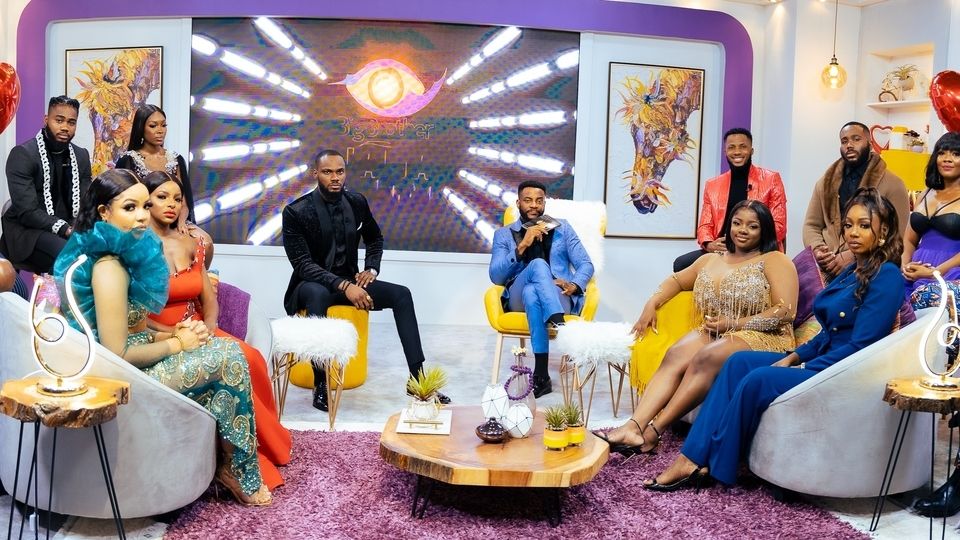 Here are the top six moments that had us glued to our screens:

Like all of us, Ebuka wondered why Dora was so pressed by Ozo and Nengi’s relationship if she and Ozo were “just friends”? In her defense, Dora said she didn’t mind the relationship but didn’t appreciate knowing the couples’ back and forth. She also didn’t understand why Ozo kept inserting himself in Nengi’s drama with Prince.

It would seem after Prince had removed himself from the Nengi, Prince and Ozo equation, Kiddwaya felt it fitting to jump right in. Though we could see the chemistry between these two [Kidd and Nengi] they maintain they were and are just friends.

Just when we thought we were done with math, Prince wanted to top everyone with his “octagon” as Tolanibaj jokingly referred to the situation. In actual fact, it was a pentagon since it was a situation that involved five Housemates. Prince cleared the air saying he and Nengi were done when he was pursuing a relationship with Tbaj. He and Dora were friends, though she had openly confessed to liking him. Wathoni also had her eyes set on Mr. Nigeria. However, in the end she picked her friendship with Tbaj over being boo’d up with Prince.

Then there was this moment between Lucy and Kaisha. 👀  All we're going to say regarding this situation is "whew!" 🍿 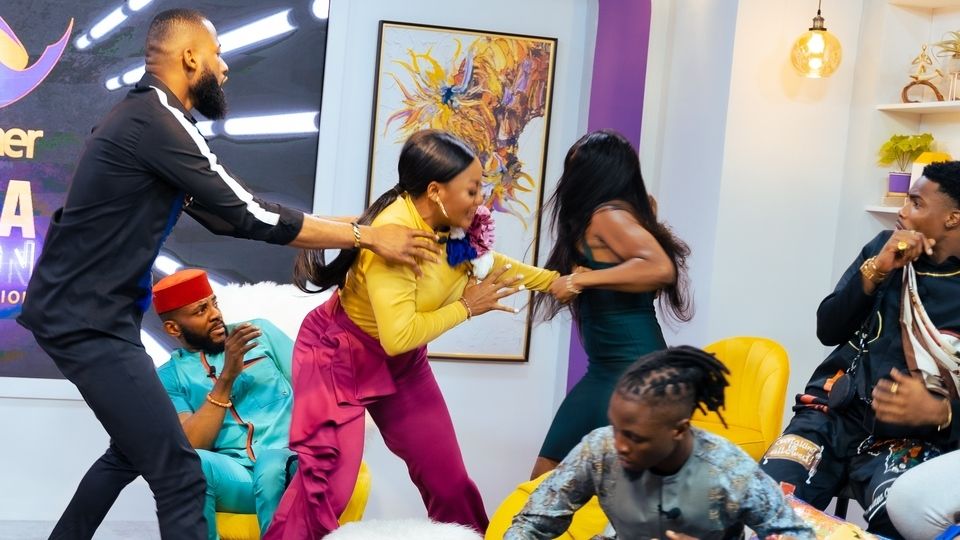 Dora and Brighto spill the tea:

Dora had us all clutching our pearls when she admitted she had an intimate moment with Brighto in the House, proceeding to own the revelation “with her full chest”. However, it would seem things weren’t so rosy the following morning between the two. Dora claims Brighto was cold towards her and acted like nothing had happened the previous night. For his part, Brighto didn’t have much to say about this. Well alright now.

If you think you’ve heard it all then you’re wrong. “Aggressive cuddling” was the term for this Reunion. Turns out Praise and Ka3na also had an intimate moment that Ka3na will remember, but not for the best reasons. 👀  We’ll leave this one to your imagination. 😅 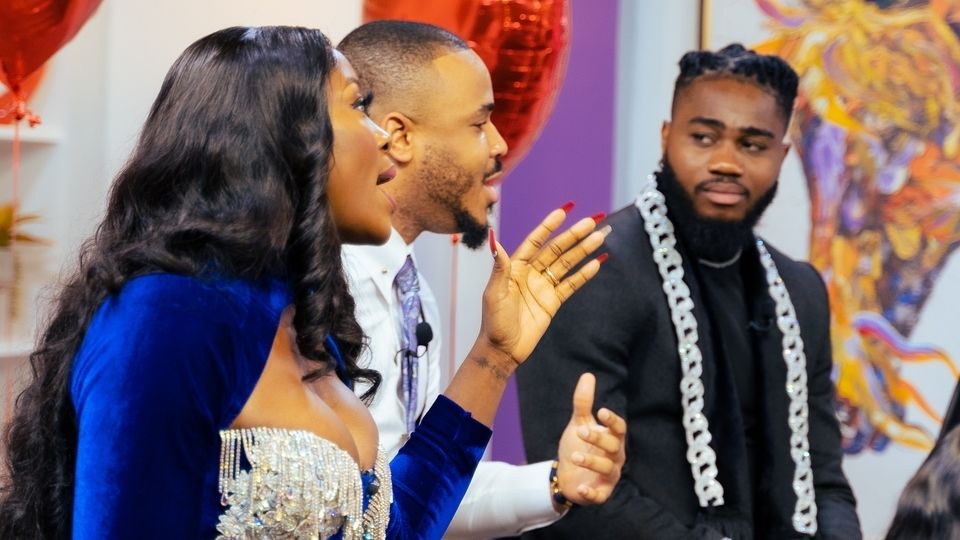 Kaisha seems to think Neo had a thing for her and was playing a game with her and Vee, but Neo denies all of this. These two went off at each other and Neo ended up apologising for not liking Kaisha the way she thought he did.

The Housemates closed off the Reunion by addressing life outside the Big Brother Naija House, particularly the influence of social media in their lives. Friendships fell through the cracks; Ka3na unfollowed almost everyone, Kaisha and Lucy threw hands, Prince voiced out his disappointment with Neo and we even got to see our first Reunion hug. 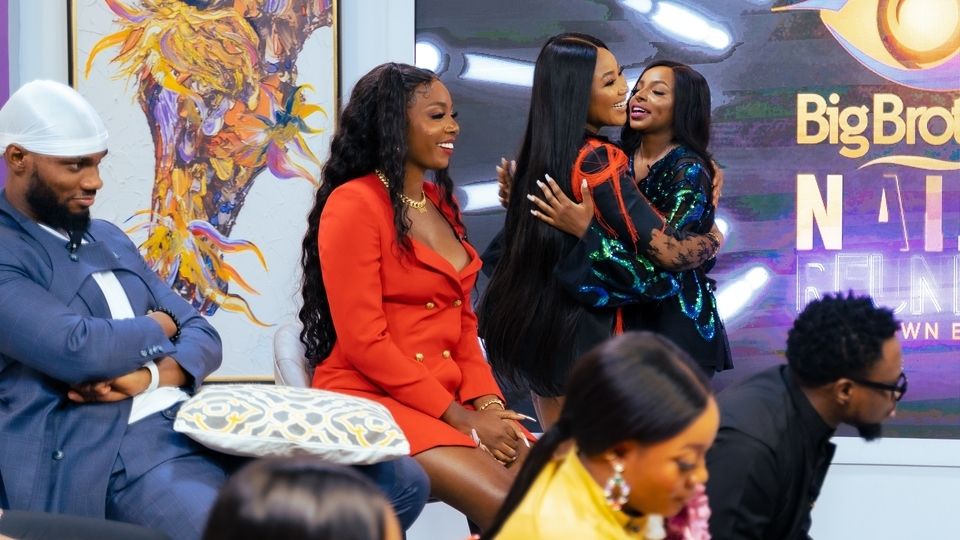 There you have it! A Reunion that gave us everything we needed.

News
Day 70: Most memorable party and after-party moments this season – BBNaija
Diamonds are forever but a good party is also a vibe that lasts a lifetime.
Video
Finale: The Comic Moments
Even when they had misunderstandings, the Pepper Dem Gang have found some happy and funny moments together. Watch their happy and funny moments here.
News
More triangles? What to expect from the Lockdown Reunion
While we await the most anticipated reunion on June 17, Ebuka gives us a sneak peek into what went down at the BBNaija Lockdown Reunion.
Gallery
Day 70: The Saturday reunion party – BBNaija
Biggie gets the Party Arena lit one last time with the Top 6 Housemates and the Evicted BBNaija Housemates.