We welcomed the ever suave Ebuka onto the stage this evening, as usual, marking the fifth Eviction Live Show of Big Brother Naija season 5. As we watched the nervous Housemates in the Big Brother Naija House we were left wondering what the night had in store for us. Let us not waste time and get right into it! 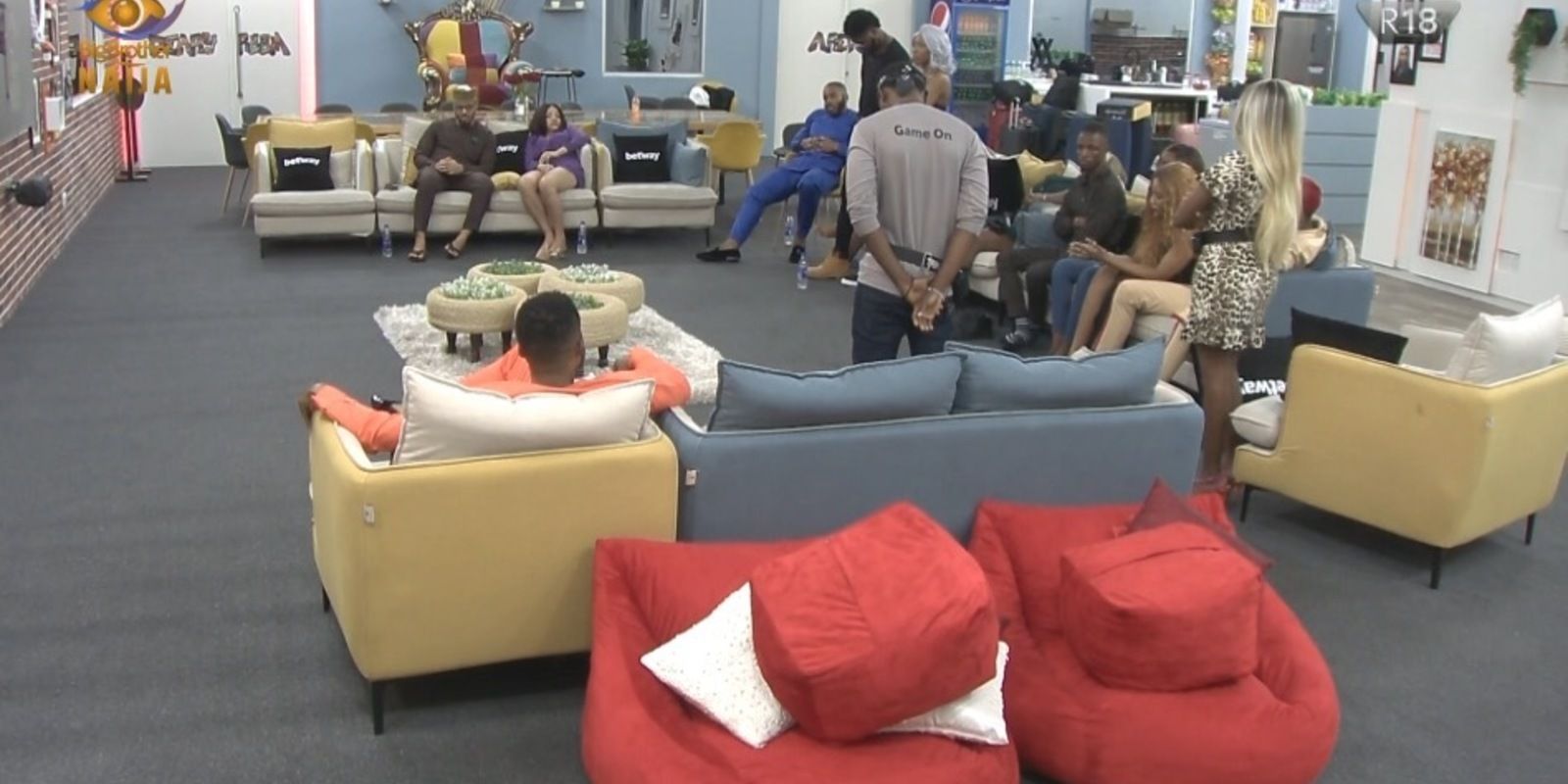 The bottom four
Up for Eviction tonight were first-timer Vee, second-timers Wathoni, Praise and third-timer Trikytee. Here is how the rest of the night transpired. 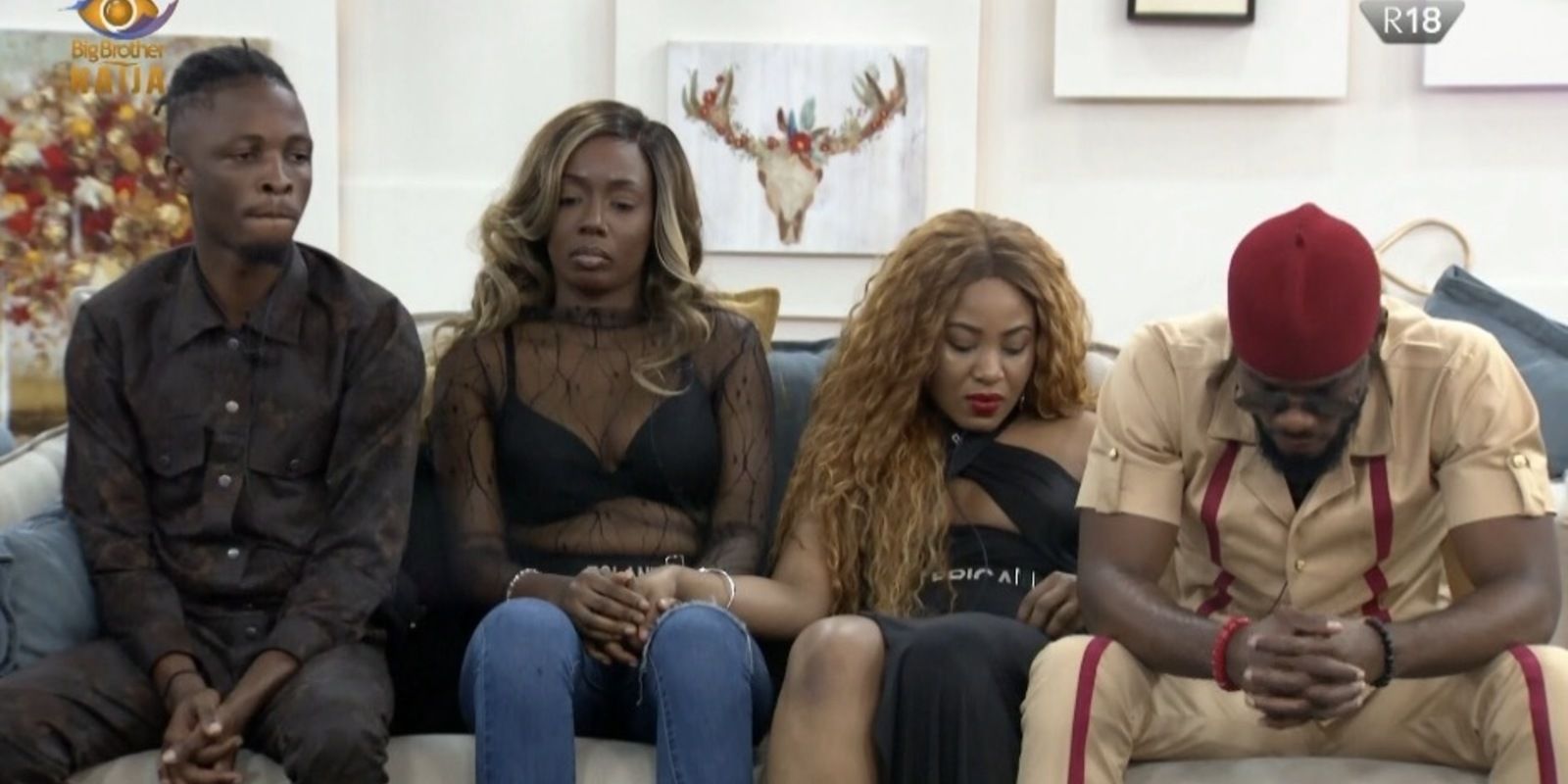 Ebuka checks in with the Housemates

As is custom, Ebuka checked in with the Housemates letting them know that even he, like Biggie, had his eye on them while they are in the House. Kiddwaya told Ebuka that he could not speak to his reign, adding that only his fellow Housemates could do so. When Ebuka asked Tolanibaj why she did not want to be in a group with Lucy, she fumbled for a while before Ebuka finally pulled the reason out of her. She told him that in fact, it is Lucy's attitude that made her not want to be in the same group. Meanwhile, Brighto told Ebuka with a straight face that he never told Kiddwaya that Neo came into the House with a script. Lucy told Ebuka that for the moment, she likes Praise. 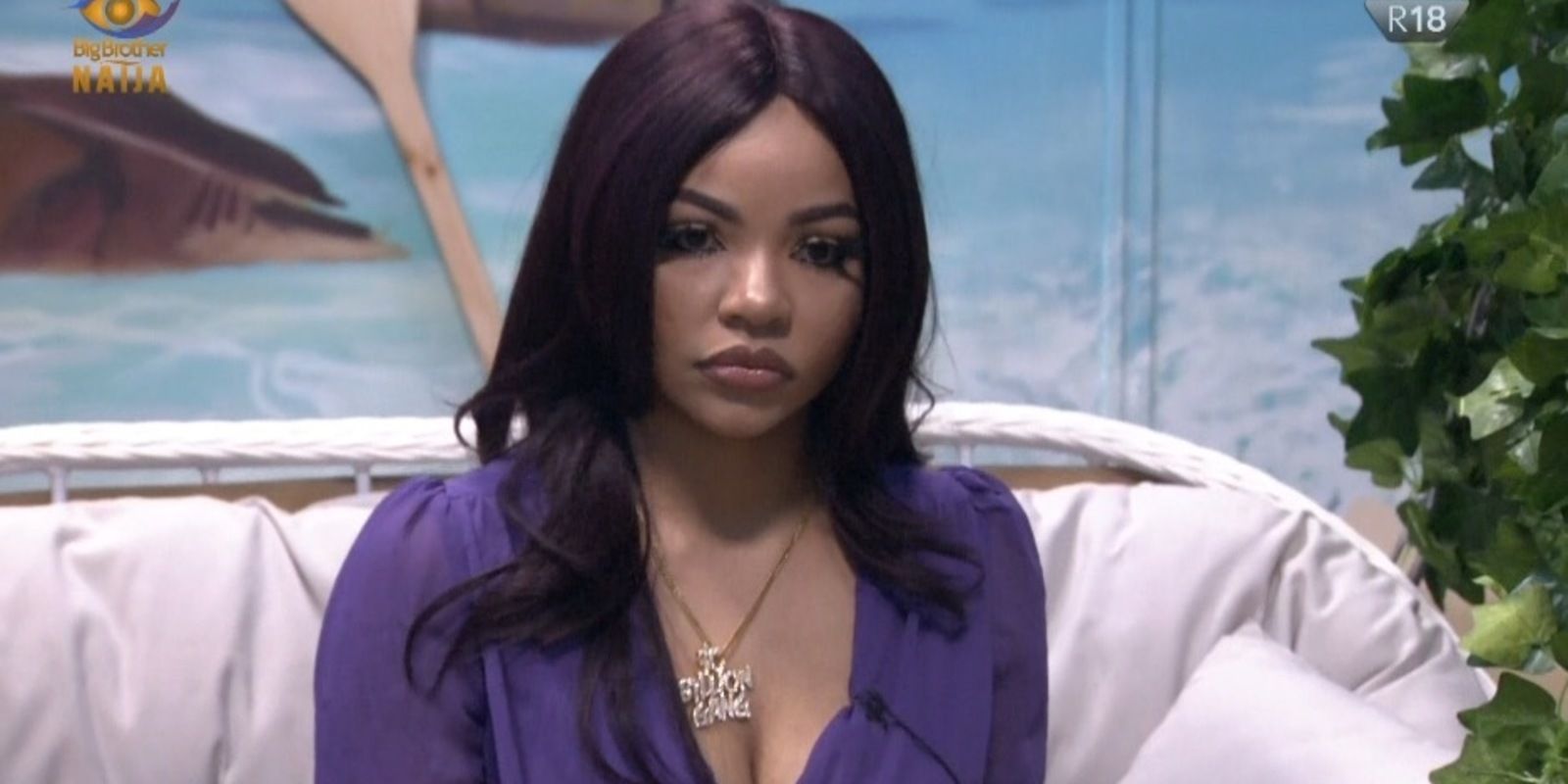 How did the Housemates Vote?

As usual, we did not see everyone voting on our screens, but you can watch the full clip as soon as it becomes available on the website. What we did however see was Tolanibaj voting for Praise and Vee. We saw Nengi Voting for Praise and Wathoni and, we also saw Brighto voting for Trikytee and Praise. Here's a look at how it all went down: 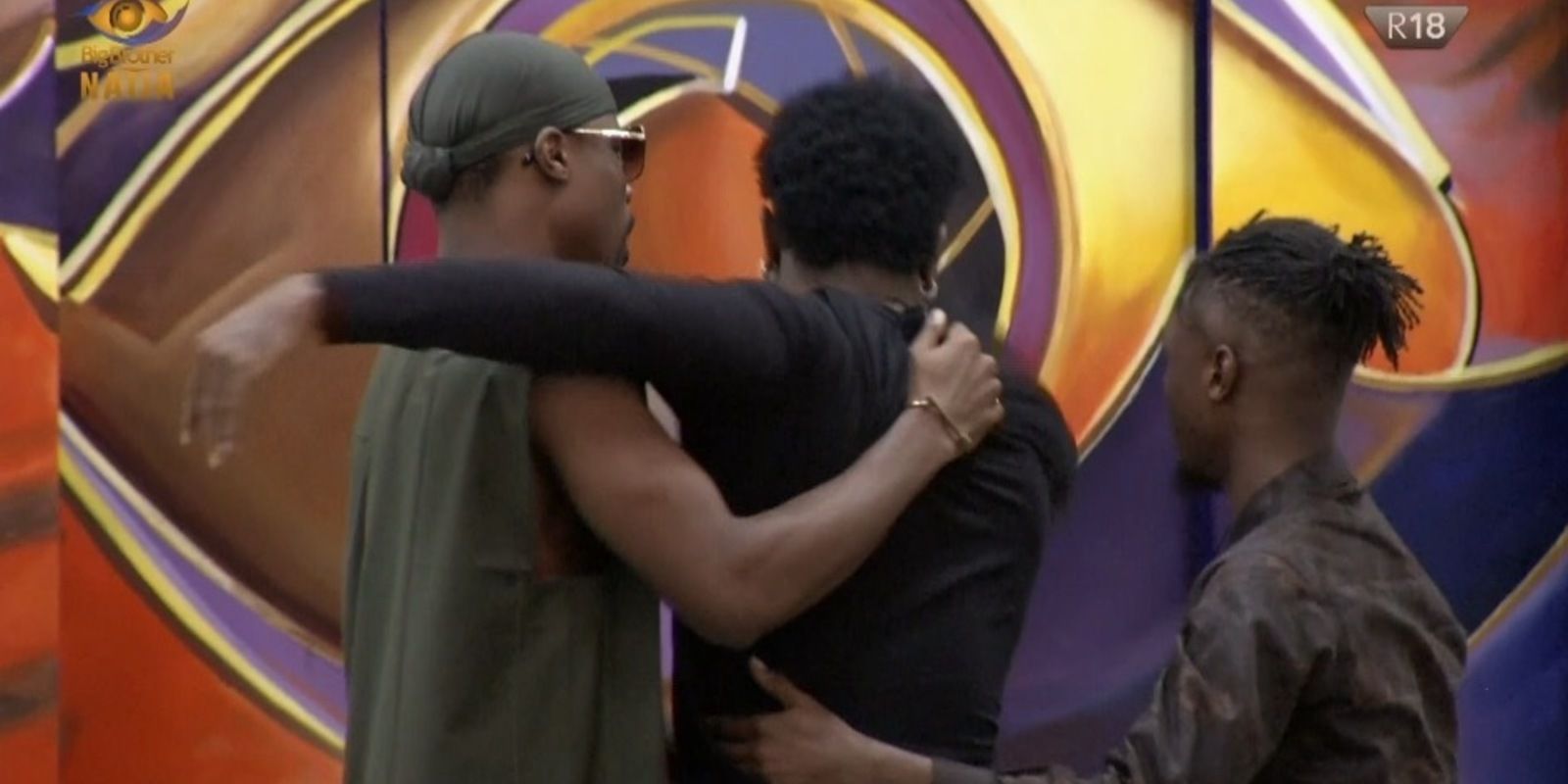 Praise became the sixth Housemate to leave the House today. Though it was an emotional goodbye from the House, it was not as emotional as it has been in the past for everyone. The most notable reaction, however, was from Neo who screamed as Praise's name was announced - just as he had screamed when he thought Vee was going home. The Housemates all said their customary goodbyes and a calm and collected Praise left the House.

As Praise graced the stage with Ebuka he explained that today was his late brother's birthday and so was a very sad day for him. Despite this, however, he remained hopeful for the future. When asked what was up with him and fellow former Housemate Ka3na, he explained they both have their commitments outside the House. In other words, the two had an arrangement. He also told Ebuka that he has big plans to start up a support initiative to empower dancers as he is a passionate dancer himself. For a quick glimpse at Praise's journey in the House, watch the video here:

What's an Eviction Show without some parting shots? Ebuka asked Vee why she told Laycon to stay away from Erica. A confident Vee told Ebuka that she would always take time to advise her friend and what she sees ahead is tears. When Ebuka asked Prince about Tolanibaj being his second choice, Prince tried to dance around the issue. Eventually, however, he announced that he and Tolanibaj are an item and that is the way he intended for it to stay. 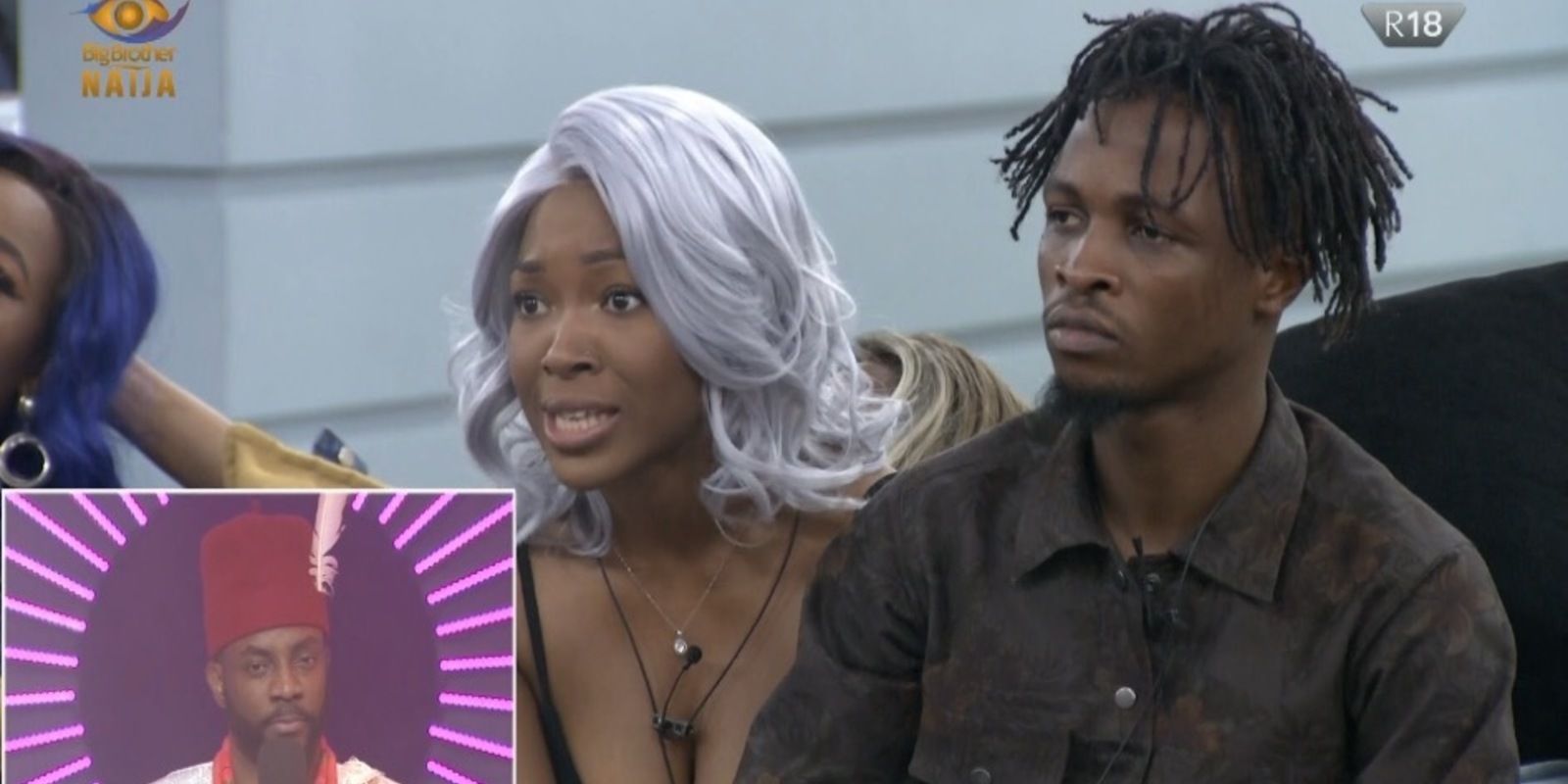 Ebuka told the Housemates that they seemed trusting of each other, which is ok, but not the best strategy. He reminded them that there is N85 million at the end of this. He then signed off by reminding them that "when ya goat lost, na your neighbors compound you go first check".

Video
Last round with EmmaRose – BBNaija
Tega confronts Pere about his lack of support for her. Cross apologises to Saskay and EmmaRose explain their relationship one last time.
Video
Tega and Boma come clean – BBNaija
While Tega explains her marital status and the perceived scandal between her and Boma, things between Beatrice and Maria become almost physical.
Gallery
Praise gets Evicted
Praise becomes the sixth Housemate to be Evicted from the Lockdown House.
News
Live Show: A Triple Eviction
Tonight the Big Brother Naija House said goodbye to Tolanibaj, Wathoni and Brighto in a shock Triple Eviction!