News
16 August 2020
The fifth Live Show of the Season served us Kaisha’s Eviction from the Lockdown House and here’s how it all went down.

As expected, Ebuka came through with all the outfit sauce as he was graciously styled by Mai Atafo in his stunning attire. As he launched the Live Show, his announcement to kick-off tonight’s show was met with a mix of emotions as that only meant one thing – Eviction! By his side, was DJ Neptune who also served us zaddy goals in his outfit. He didn’t only come to serve mad tunes on the Stage, but also came to serve looks.

In no order, Trikytee, Kaisha, Wathoni, and Neo were on this week’s bottom four table and as so, were asked by Ebuka to prepare for possible Eviction.

As per the usual Sunday Live Eviction tradition, after the announcement made on the bottom four, the Lockdown Housemates were called into the Diary Room by Biggie to cast their Votes. Starting with Kiddwaya, Biggie called the Housemates one after the other to Nominate one of the bottom four Housemates.

Stay tuned to our website to see a full video of how your faves voted and who they voted for. You can also catch the full Voting session on Showmax at 18:00 WAT on Monday. Don’t miss it! 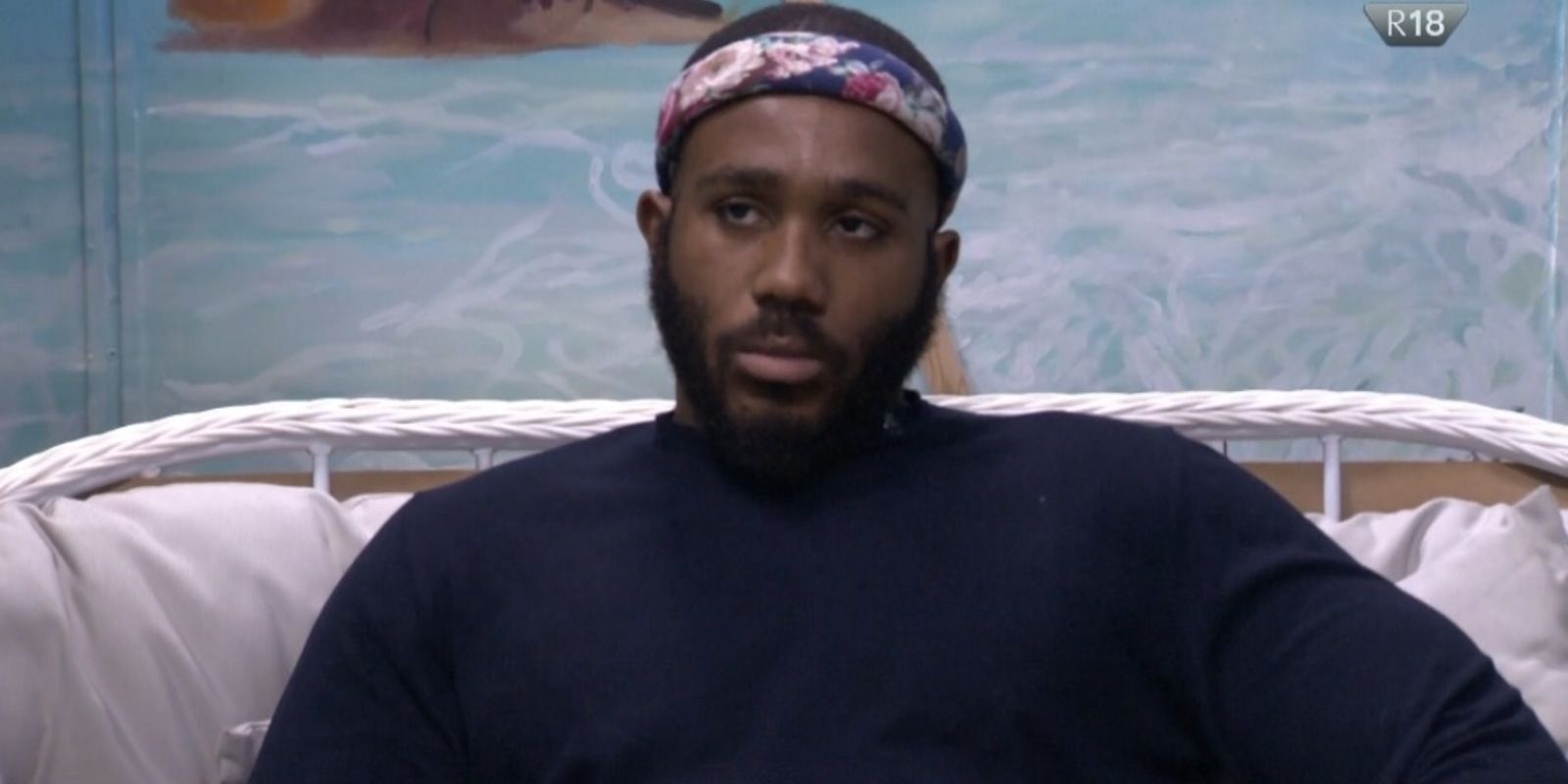 Being the fifth Housemate to be Evicted from the BB Naija Lockdown House, Kaisha said her goodbyes to the Housemates. As she went through the doors, her exit was received with surprised (not for some of them) faces and best wishes from her fellow members of the Lockdown geng.

When asked how she felt, Kaisha gave her usual response on “I’m okay”. This prompted Ebuka to drill her even more, asking her how she felt about being voted out by the other Housemates. “I am not surprised that they Evicted me, I know they didn’t like me and I could just tell,” she disclosed to Ebuka.

When asked about her sudden closeness and what seemed like attraction for Neo, she admitted that she liked Neo in the House and didn’t even mind shaking his existing love ship. After all, every male Housemate is single as far as she’s concerned. E for what? E for Energy! Her Lockdown personality may have been reserved, but she sure gave us a lot of drama and funny moments in the House and will surely be missed on our screens. 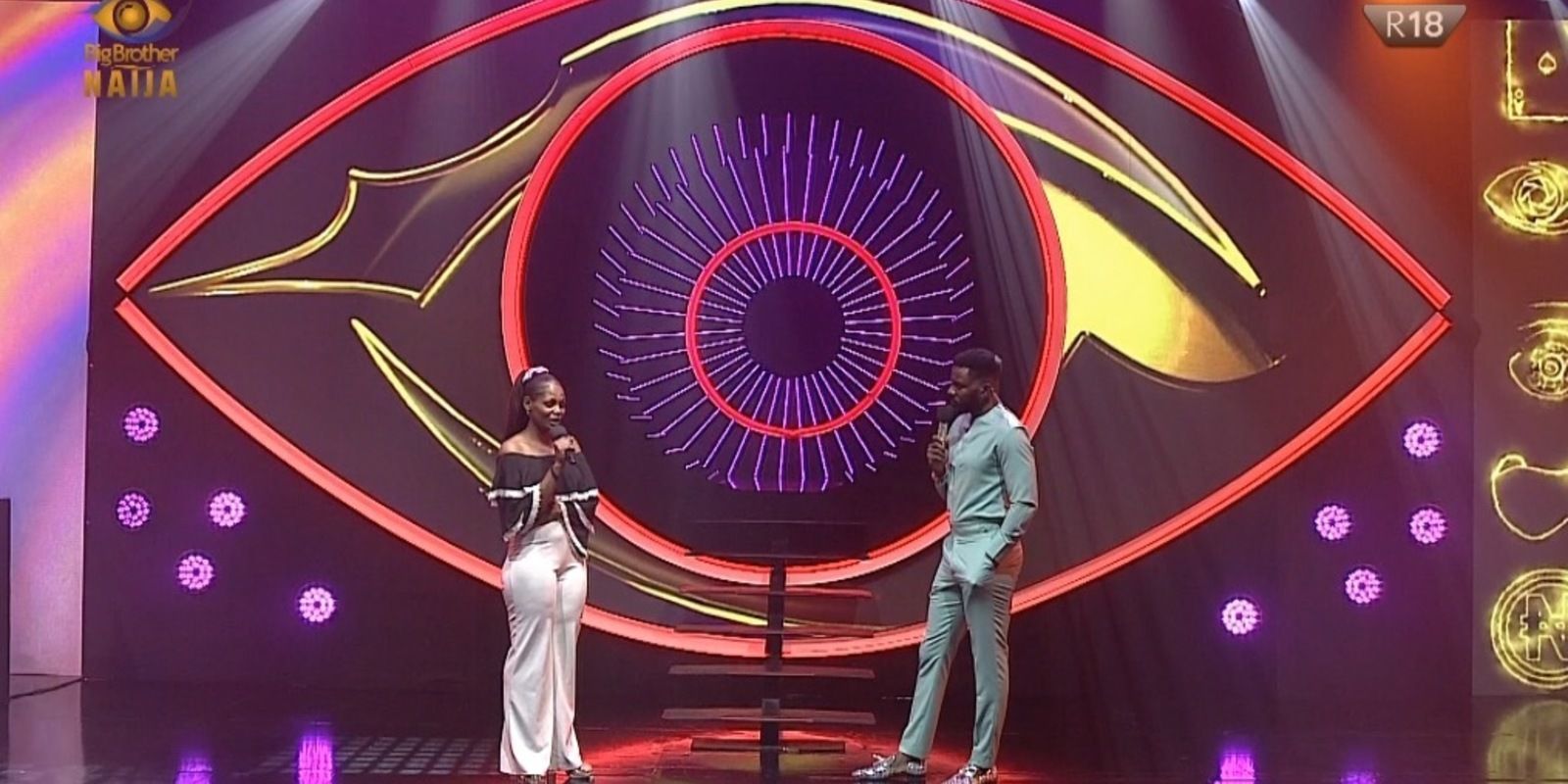 With regard to her future plans, Kaisha reveals that she plans to continue with her skincare business and also further her education. We are rooting for you girl, good luck!

What’s a Live Show without some table shaking from Ebuka? Tonight, was no exception as he started this session with Lucy by asking her what transpired between her and the other Housemates she has had a heated argument within the House. Lucy replies saying everything was just as a result of misunderstanding and miscommunication, especially with the case of her confrontation with Erica. 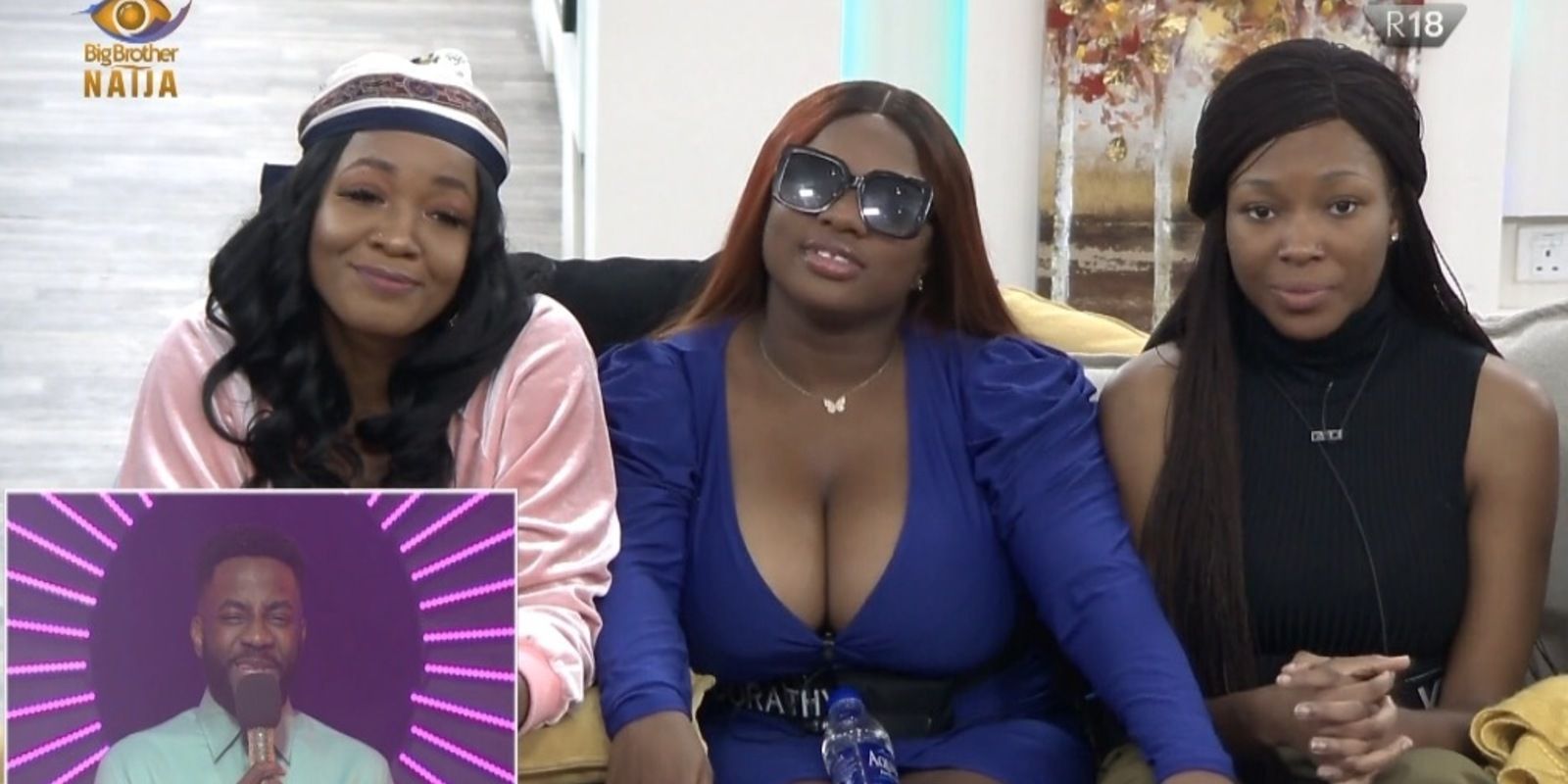 On this same table, Erica was asked on her reason for getting confrontational with about three Housemates this week. She answered Ebuka by explaining how she felt Brighto being her friend, had disrespected her when it was time for rehearsals last night and instead of joining in practice, her went ahead to take a bath. She continued by saying that she feels Lucy judges people a lot, which is why she had to confront her after the statement Lucy made last week. 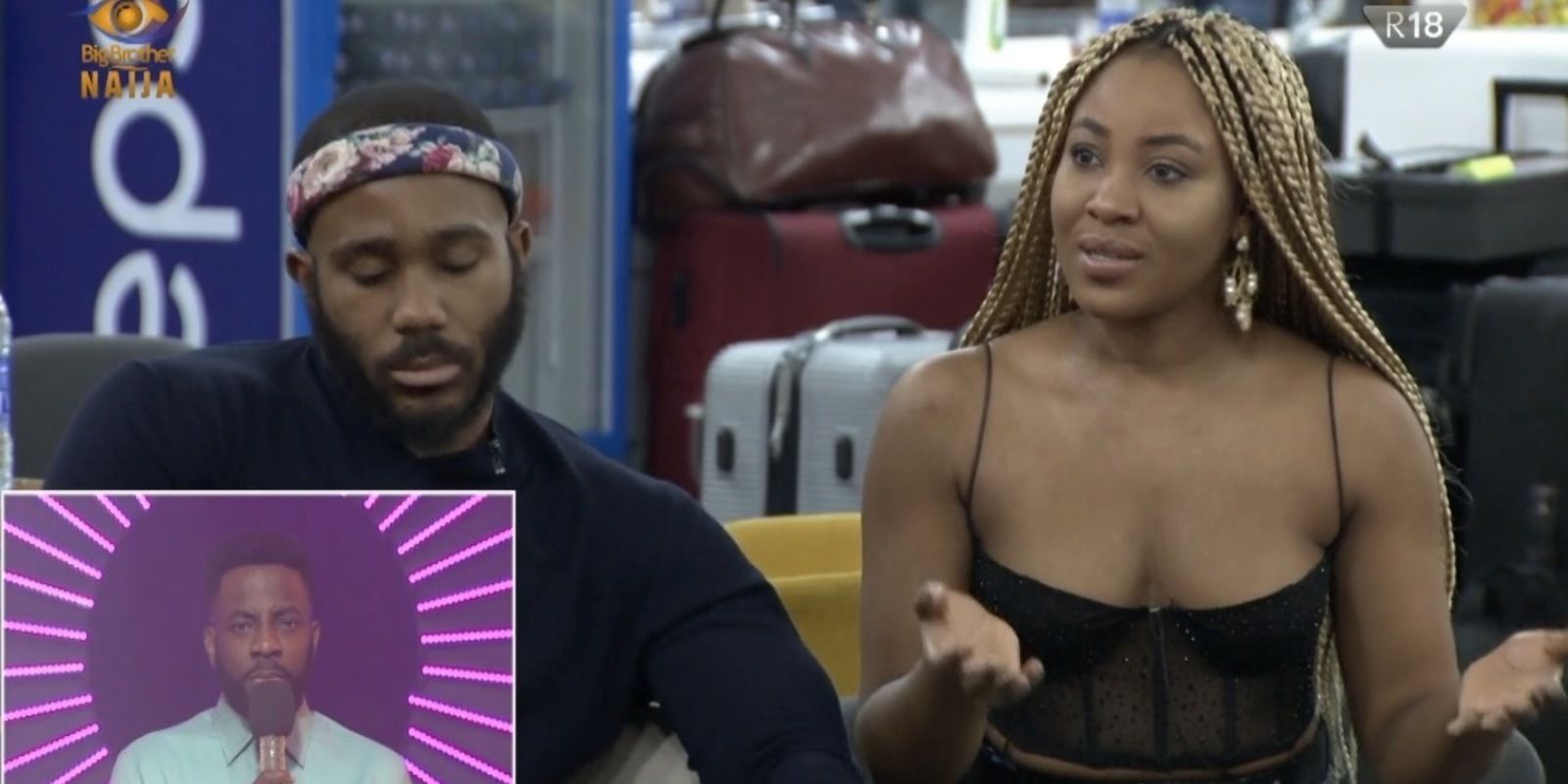 Who would have thought that a mere hiss was what fueled the heated argument between Kaisha and Nengi yesterday? Kaisha explained what went down and said she felt disrespected by Nengi for no just cause. On the other hand, Nengi thought she heard a hiss from Kaisha, which pushed her to hurl some abusive words at Kaisha. Well, now we know that they have settled the issue and there’s no beef.

Wawu! Ebuka almost had the Housemates pee in their pants as he announced a second Eviction tonight, which happened to be false. Whew!

To end his chat with the Housemates, Neo was asked about the mood in the House and why the Housemates weren’t giving the vibe and lit mood they started the season with. To which Neo replied saying, “Everyone is now dulling and not all of them are showing their true selves, if that’s how they want to play the game, I’ll play along.” Do you agree that the Housemates are still fronting for one another though? 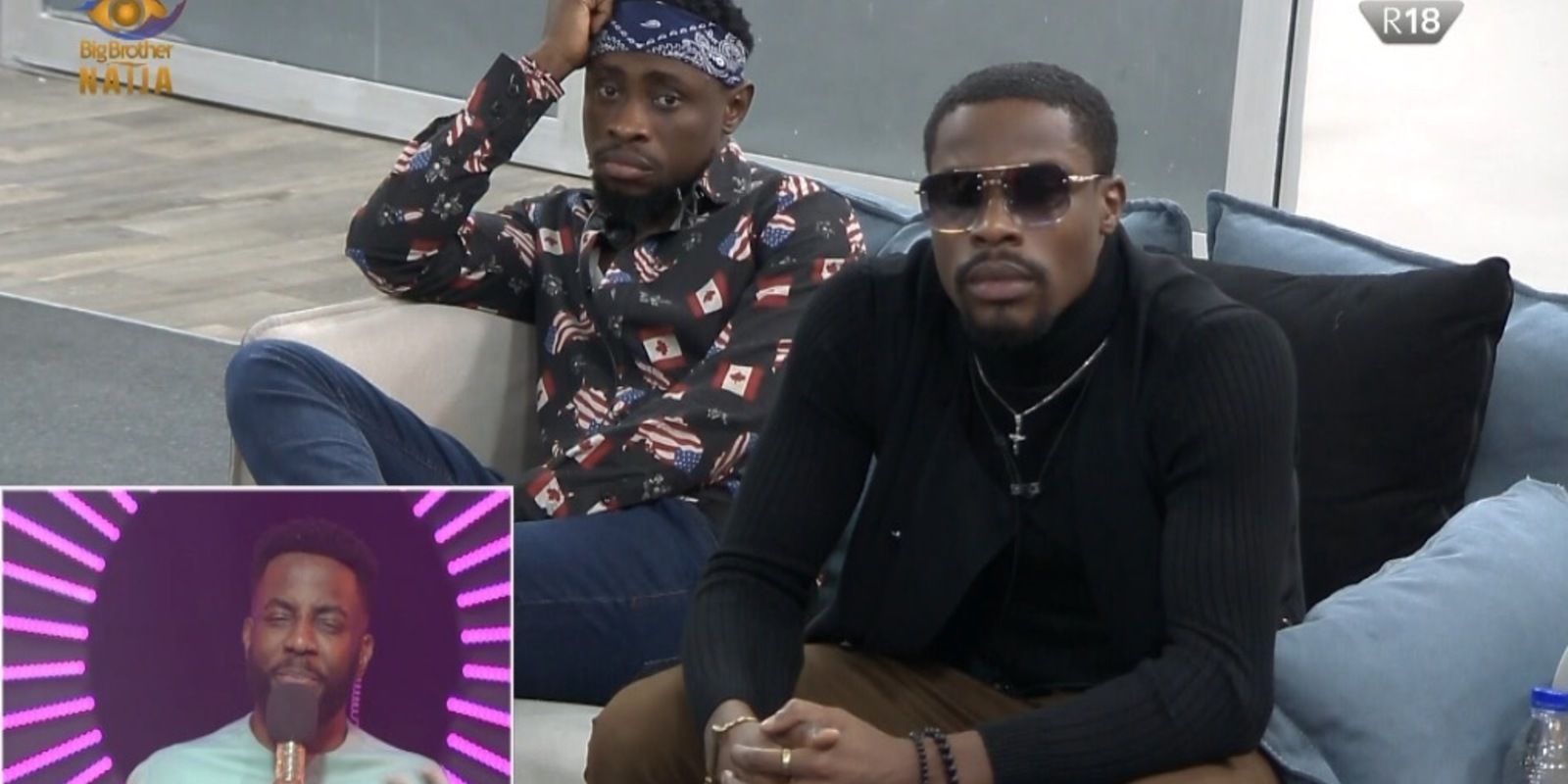 With the Eviction of a fifth Lockdown Housemate, let’s see if the rest of the Housemates will heed to Ebuka’s advice – “Play your game but don’t make it too obvious,” he said.

Video
Live Show 12 – 2 Oct: Bella gets Evicted – BBNaija
Big Bella becomes the fourth Housemate to get Evicted during the Finale, making her one of the Top three Level Up Housemates alongside Bryann and Phyna.
Video
Live Show 11 Oct 02: Chichi gets evicted – BBNaija
Chichi is the second housemate to be evicted
Gallery
Kaisha gets Evicted
The fifth week of the Big Brother Live Show brought the thrills and put us in our feels as we said goodbye to Kaisha.
News
Live Show: Housemates cast their Votes for fifth Eviction
Following this Season’s Live Eviction tradition, the Lockdown Housemates were required to Vote out two of the bottom four Nominated Housemates between Trikytee, Kaisha, Wathoni and Neo.