After the Housemates completed their Monday Night Task with Vee as their new HoH for the night, they proceeded to keep each other company through an evening of banter, reminiscing and laughter as the night wound down. 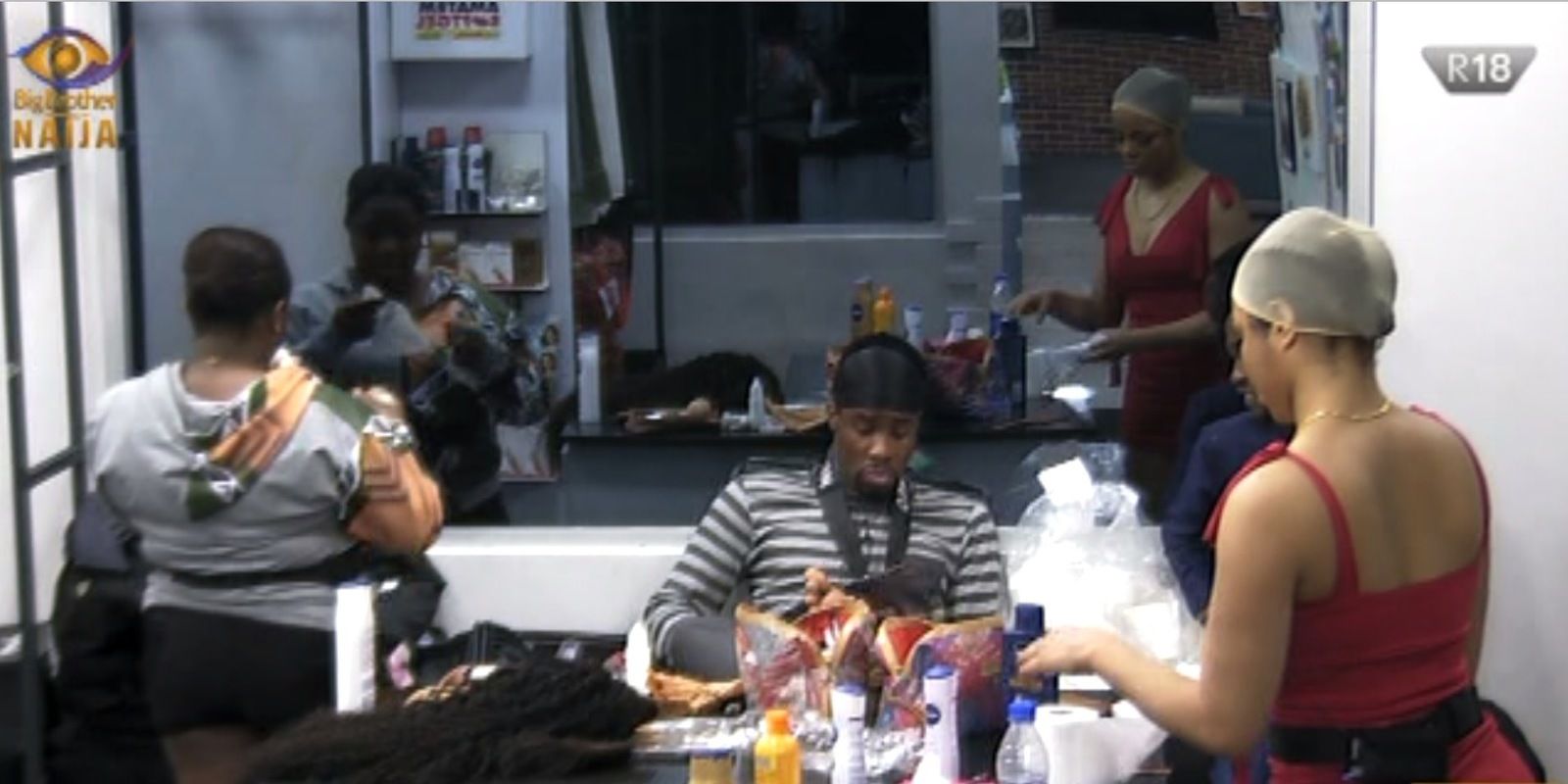 After their fabulous dinner, while in the changing room, the Housemates found themselves discussing how many of them were not always on the list for deputy HoH. Laycon didn't think anyone except Trickytee would have picked him for Deputy HoH, Nengi also said that not many Housemates would have picked her. When Dorathy didn't think many would have picked her, the rest disagreed with her completely. The crew was moved by an announcement that the storeroom was open. As they had already taken their groceries, the naturally wondered what it could be. 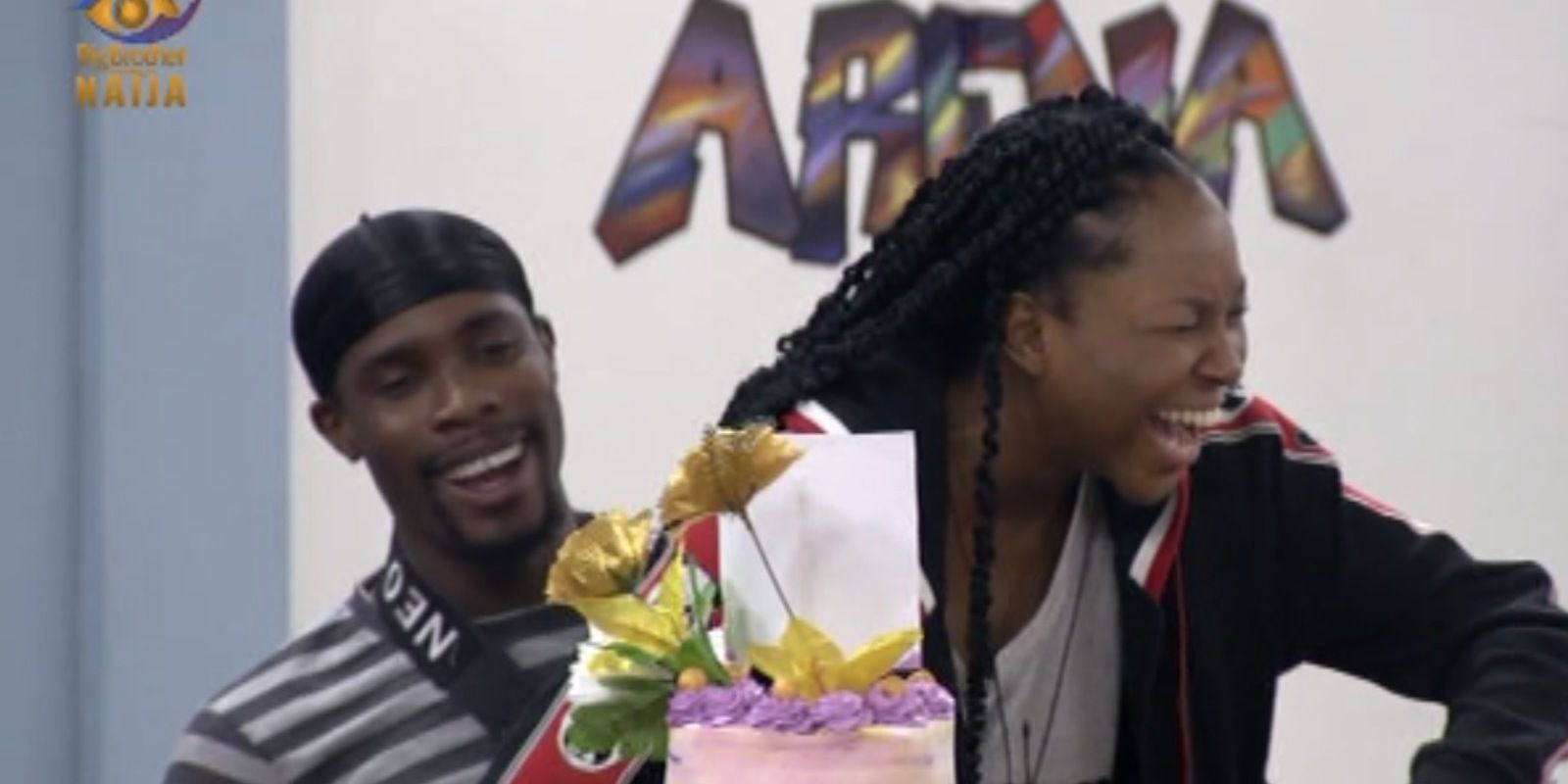 The Housemates ran to the lounge excitedly, minus Dorathy who had decided to shower right before the announcement. The other housemates, of course, took the opportunity to play a prank on Dorathy making the cake they had just received larger than life. They each played an equal part in making it seem as if gifts had been dropped off for them with a note congratulating the Top 5. As Dorathy rushed out of the shower, she laughed with them, telling them she knew they were lying when she heard someone offer to open her package. 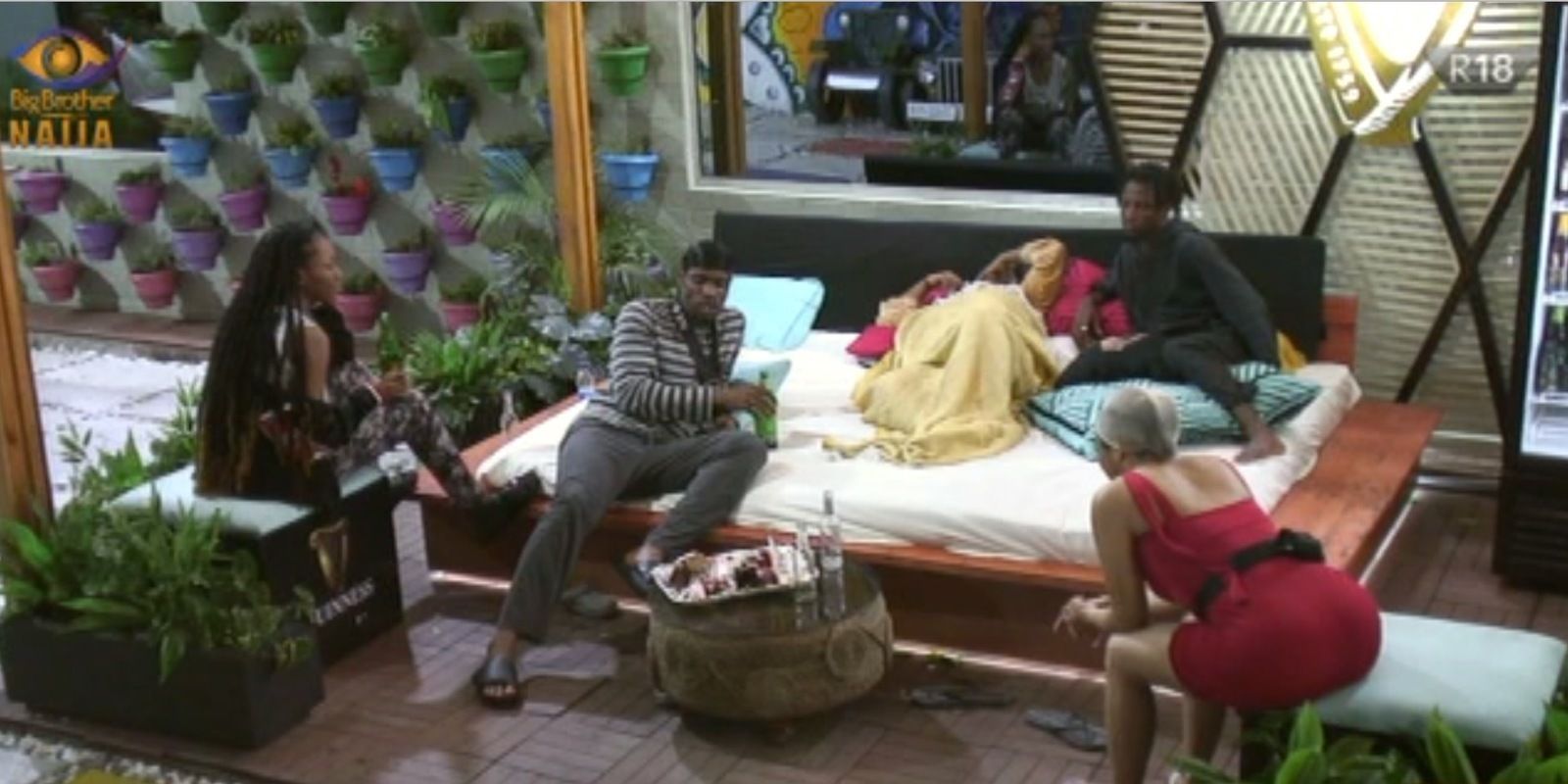 Relaxation in the garden

After devouring some of the cake in the lounge, the Housemates moved into the garden where Vee brought drinks . The conversation began with Saturday Night Parties to talking about former Housemates and Ebuka shaking and breaking tables. Vee told the Housemates that she still could not get over Erica telling Ebuka that she was confused about why Vee and Neo were not dating yet. Laycon also expressed his shock at being asked about Kiddwaya and Erica. They all laughed at Ebuka's reactions and the fact that he knew everything. The crew also had a laugh about Dorathy being asked about Wathoni and Brighto right before they were both Evicted.

There has been so much happening in the House in just one day and we know we will see more as we go through the last few days and count down together to the final Sunday.

Exercise your power to keep your favourite Housemate in Biggie's House by voting here. You can also download the MyGOtv and MyDStv apps for additional Votes. Stay tuned to Big Brother Naija on DStv channel 198 and GOtv channel 29, brought to you by headline sponsor Betway, and gold sponsor Guinness. You don’t wanna miss out on any of the action so sign up on DStv or get GOtv Max or Jolli.  Stay plugged into all things #BBNaija on the website and follow us on YouTube, Instagram, Twitter, and Facebook

Video
Day 9: Timing and speed at the HoH Game – BBNaija
Housemates gathered in the Arena yet again to go head-to-head for the title of Head of House. As the incumbent HoH, Eloswag was not allowed to play, along with the new Housemates, Deji and Modella. As their first Game, Housemates had to set the watches provided to them to 4pm. The top three contenders were Dotun, Hermes and Cyph, but only one reigned supreme.
Video
Live Show 4 - 7 Aug: Cyph’s Big Brother Naija journey ends – BBNaija
An HoH contender for two weeks running, Cyph has ensured that he is constantly at the top of his game. He has had fun in the kitchen but less fun during exercise, even injuring himself at some point. Cyph found romance outside his Level and left an excellent impression on Doyin who cannot stop talking about him and having his children.
News
Day 69: Lovers and friends
The Top 5 Big Brother Naija Lockdown Housemates spent an evening of fun and laughter, as lovers and friends.
News
Day 68: No fan like a BBNaija fan!
The Big Brother Naija Lockdown Housemates would never be where they are were it not for you, the fans.