News
05 September 2020
For the second phase of today’s Scanfrost Task, the Lockdown Housemates were tasked to a quiz competition.
SUBSCRIBE TO WATCH

Earlier today, the Lockdown geng were grouped into five teams and asked to come up with a skit within a short period of time. Team Cooker consisting of Laycon and Lucy; Team Refrigerator with Prince and Neo; Team Laundry had Ozo, Nengi and Trikytee; Team Generator comprising Vee and Kiddwaya  and Team Air-conditioner had Dorathy and Erica.

Still maintaining their teams, the Housemates got called into the Garden for the second phase of today’s Task. One member of Team Laundry was required to volunteer to serve as the umpire for this Task.

Before proceeding with the quiz session, all Lockdown Housemates were asked to gather in the main Lounge immediately after reading the brief to watch a video. The content of the video was to play a pivotal part in sailing through the quiz Task, hence, they were advised to pay close attention to the video. The video was played once, and it had all the information about the Scanfrost brand and all its products. Once they were done watching the video, they proceed to the garden to begin the quiz. 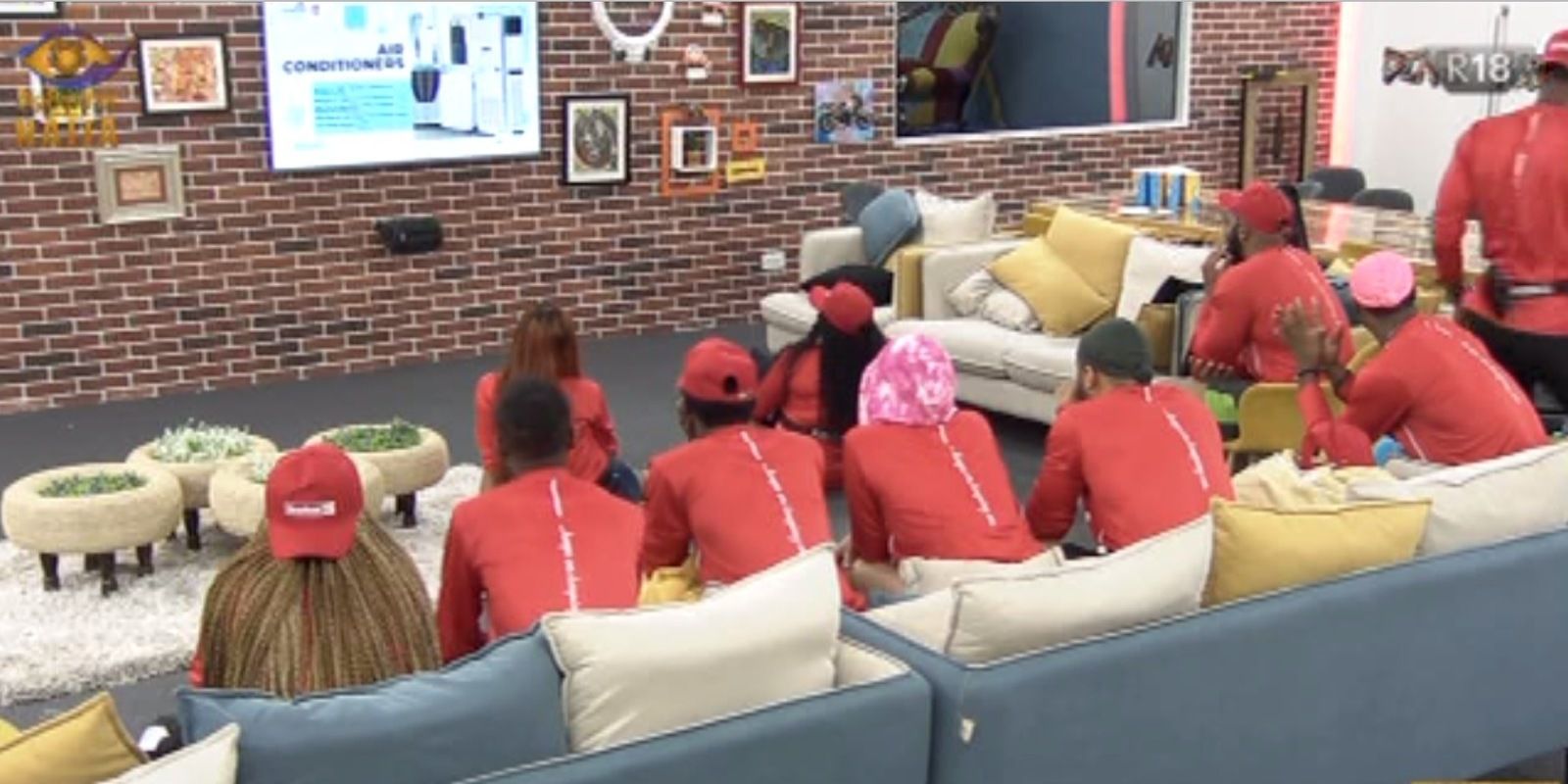 In the Garden, each team had to stand in front of the cut-out image of the Scanfrost product they represented, while the umpire stood by the larger Scanfrost backdrop beside the HOH lounge. There were 10 question cards on the pedestal placed by the large backdrop. The answer to each of the question was written on the other side of each card.

At the sound of the buzzer, the umpire proceeded to read out the questions one after another. Once a question was read, the first team to raise their hands got the opportunity to answer the question. The umpire then had to determine which team was first to raise their hand and this seemed to be confusing as some of the teams found it difficult to follow the rules and ended up making it disorganized. Biggie then called on the House to listen to the Head of House explain the rules of the game. Whichever team was picked by the umpire was not to be opposed by the House.

Once a team was called to answer a question, they only had 15 seconds to give the correct answer.  If the team’s answer to a question is incorrect, the umpire was at liberty to say so.  This gave the other teams another opportunity to answer the question by raising their hands again. Also, if a team was unable to give the answer within the allotted 15 seconds, Biggie buzzed out the team and the other teams could raise their hands again. For every correct answer given, the team earned five points, and for every incorrect answer given, the team lost two points. Big Brother collated the points and instructed them to leave the Garden after the quiz game. 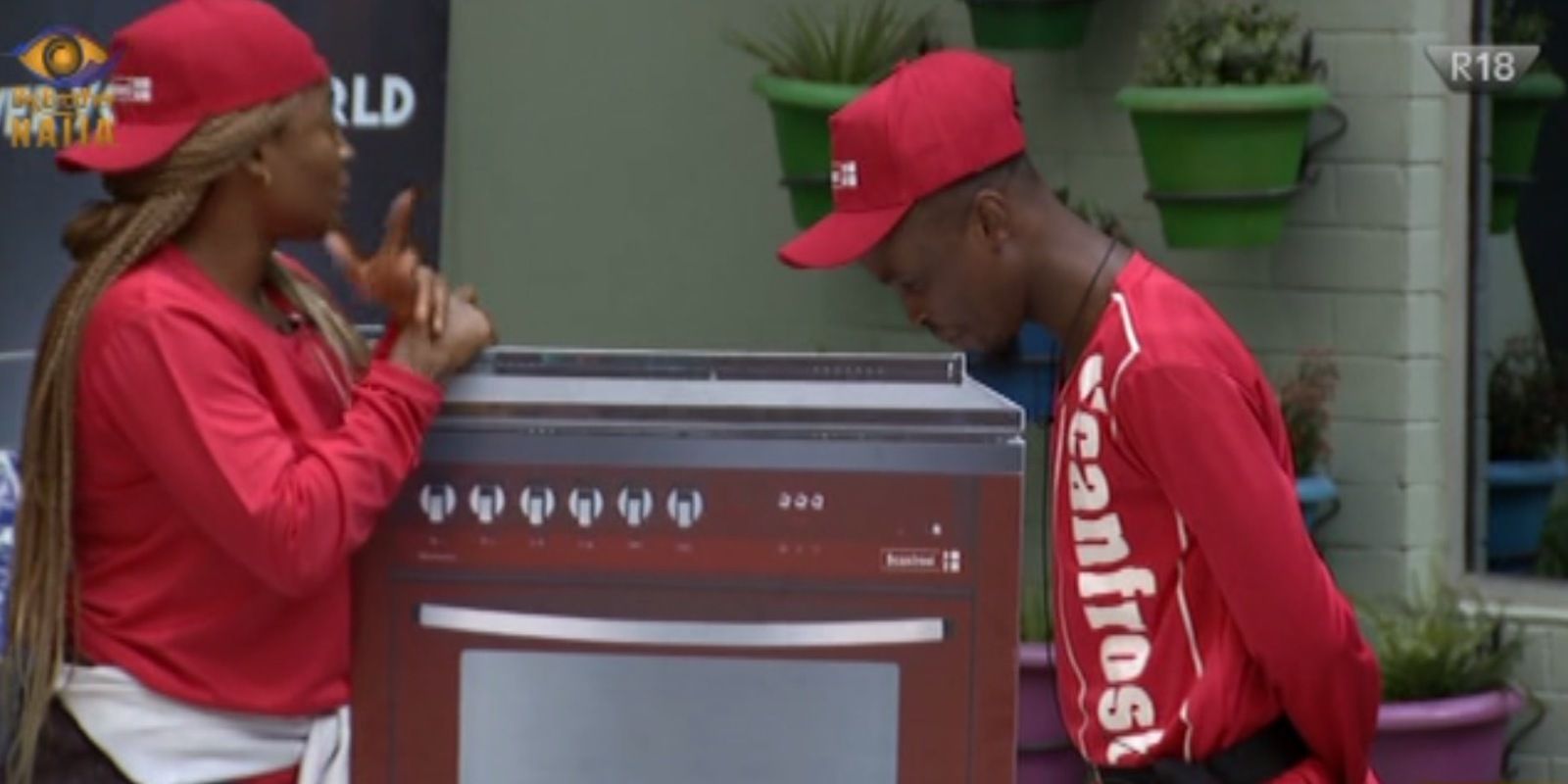 And the winner is…

For abiding by the rules laid out for the skit Task, Team Refrigerator won this round with a total of 30 points. 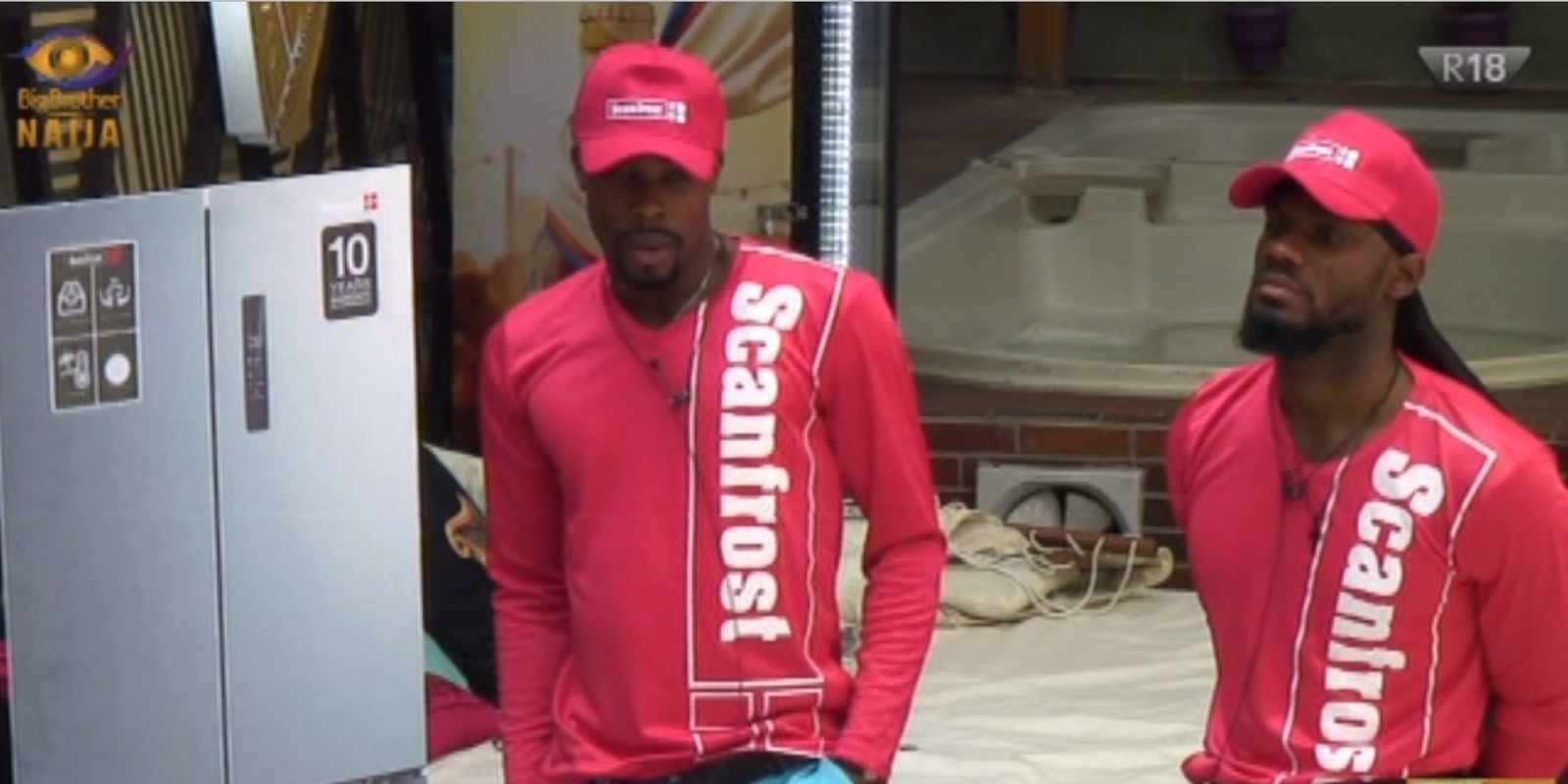 Congratulations Prince and Neo! As today’s winners, they will each receive one Scanfrost product.

Video
Day 10: “I was dodging girls,” Sheggz – BBNaija
The first Saturday Night Party is still a talking point amongst the Level 1 Housemates. Dotun called Sheggz out for being overprotective about Bella and not giving her a chance to dance with other people. In response, she declares that it’s not a bad thing to have a good time.
Video
Day 22: Phyna and Groovy get cozy – BBNaija
Phyna and Groovy get into a little private time under the duvet just a day after he confessed to having feelings for Chomzy.
News
Day 48: Saturday fun with Scanfrost
A Task from Scanfrost made sure that the Big Brother Naija Housemate’s relaxed Saturday turned into a competitive and hilarious one.
Video
Day 48: Quiz time with Scanfrost
The Housemates have a fun day with a quiz with Scanfrost.