Day 47: Trikytee blows to a win

News
04 September 2020
Today's Betway Arena Game was all about balloons and only one Housemate could blow himself to victory.
SUBSCRIBE TO WATCH

Trikytee has won the seventh Betway Nigeria Arena Games. After facing a five-stage obstacle Challenge, Trikytee emerged winner in one minute, 45 seconds. He was followed closely by Prince who finished in one minute, 49 seconds.

The Arena Games was all about balloons divided into five obstacle courses. The first course was to pick up an empty balloon, blow it up and use the air to move the four plastic cups carefully placed on the table from their current position to the bulls-eye position on the opposite end of the table without knocking any off. For the next stage, the Housemates had to pop balloons with a dart before proceeding to blow up a balloon in a cup to make a stack of cups. The fourth stage had them crawling through a tunnel with a balloon before finally hopping with two additional balloons to the finish line. They had three minutes to complete the course and any infringement attracted a 10 seconds penalty.

After an intense competition that saw Lucy and Erica not being able to make it past the first stage and Kiddwaya trying to slide to the finish line, Trikytee emerged victorious completing the Challenge in record time. 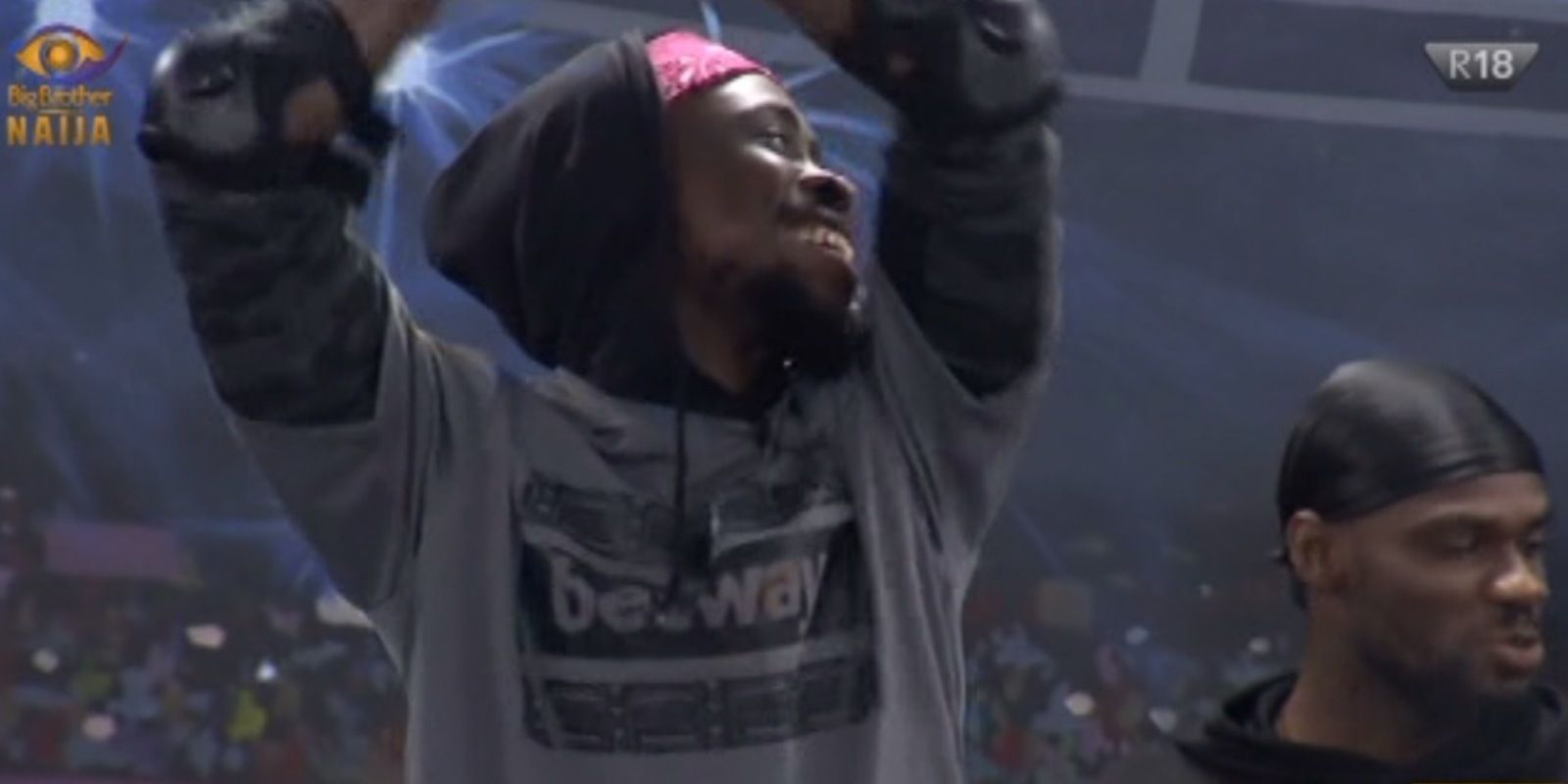 Courtesy of Betway, Trikytee got 20 BB Naira added to their wallet for winning. Kiddwaya also received 20 BB Naira for winning the previous Arena Games.  Nengi, Ozo, Erica, Neo and Laycon had earlier won the Betway trivia and they each received 25 BB Naira.