News
02 September 2020
The Housemates had a blast as they kept us entertained with the Wager Task preparations which turned into a comedy show.
SUBSCRIBE TO WATCH

Before going into the rehearsals, the Housemates talked about some viral social media trends and just as we’ve noticed in the past weeks, Dorathy, Prince and Laycon seem to be such huge Twitter fans and are familiar with the trends in that universe.

Next, the Lockdown Housemates deliberate on how to go about their Wager Task and how to bring their different ideas together to make sense out of it. Trikytee took them through what seemed like a structured flow for their Wager but Neo mentioned that he prefers the drama from yesterday’s rehearsal. They finally agreed on a less structured presentation that would make the Wager come with a natural flow. How well do you think the Housemates understand the Wager brief?

As usual, after their morning workout, the Lockdown Housemates activated their sleeping mode and when they decided to gather in the Lounge after breakfast for their rehearsals, it was a struggle to get them active. It took the intervention of Trikytee to shake off the sleep and get them excited for the Wager ahead. First, he got them to form a circle and randomly called out the names of the ex-Housemates they are playing out, when he called the names, each of the Housemates were expected to mimic the Housemate and keep up with the flow. This was funny and also fun to watch and Twitter joined didn’t miss out in the fun.

This is ozo and Erica mimicking Tochi and Erica in a party scene... .😂😂😂 #BBNaija pic.twitter.com/sovTiWaBdF

These hms have me laughing so hard😂😂😂😂😂 #bbnaija

After the Wager rehearsal, Dorathy and Prince called their friend, Lucy aside and questioned her on her mood. According to them, they heard her crying to Neo earlier and for this reason, they wanted to find out why. “You can’t keep taking it personal when your ideas are not accepted during Tasks, we need to learn how to work together in the House. It’s the seventh week already and you need to know how to adjust to certain things in this House since you should be used to all of it,” Dorathy told Lucy.

When given a chance to explain her sudden mood in the House, Lucy said she wasn’t upset because of people turning down her ideas; instead she wasn’t happy with the way her friend, Ka3na, was being portrayed in the Wager Task preparations. “What of the times she was happy in the House, singing and twerking to entertain everyone, why didn’t they mimic that? Why are they only picking out the controversial moments that involved her in the House,” she said amidst tears. She further talked about the fact that the Housemates only refer to her (Lucy) as the Housemate that cooks and cleans, and she didn’t like that. According to her, she would rather not want to be remembered for that only after spending such a long time in the House.

“It’s not even that deep,” Dorathy told her. After hearing her side of the story, Dorathy and Prince tried to explain to Lucy that taking these things personal would only stress her further, especially when it involved Tasks in the Lockdown House. 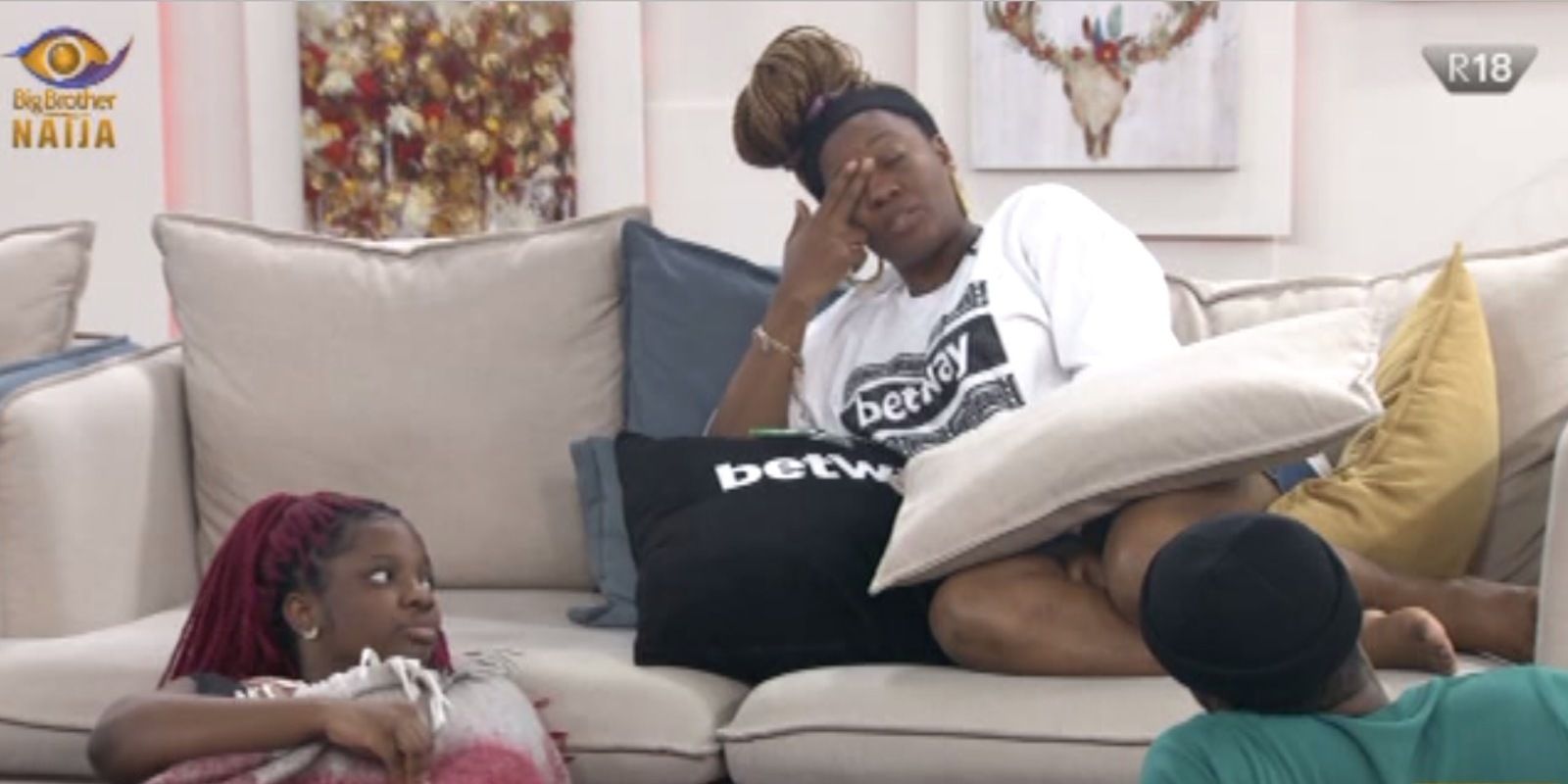 Do you think Lucy was overreacting or did she have a point that should not be overlooked? Perhaps the fear of being on the table of possible Eviction has gotten to her.

Video
Angel takes on Maria – BBNaija
A revisit of the comments made by Maria about Angel in the House soon turned into a heated argument between both ladies. While Maria explained the reasons behind her comments, Angel explained why she didn't think the comments came from a good place.
Video
Day 60: Travelbeta Task rehearsal – BBNaija
During their Task rehearsal, Housemates gave their creative interpretations on how Travelbeta has made travelling abroad easy and accessible.
News
Day 45: Feedback on the Wager preparations
The streets of twitter have a couple things to say about how the Housemates are preparing for their Wager.
News
Day 45: You spell it out
We all know that English is hardly anyone in Africa’s mother tongue and the Housemates had to spell for their Oppo Task.