Day 44: Dodgeball for the morning

News
01 September 2020
The Big Brother Naija Housemates woke up for a group Game of Dodgeball in the morning.

The Housemates usually walk into the Arena and get into their routines, shaking off the previous night and working out to start the days. Today, four Housemates broke the routine deciding they were going to have fun while they were here, switch things up and do the morning workout it their way. 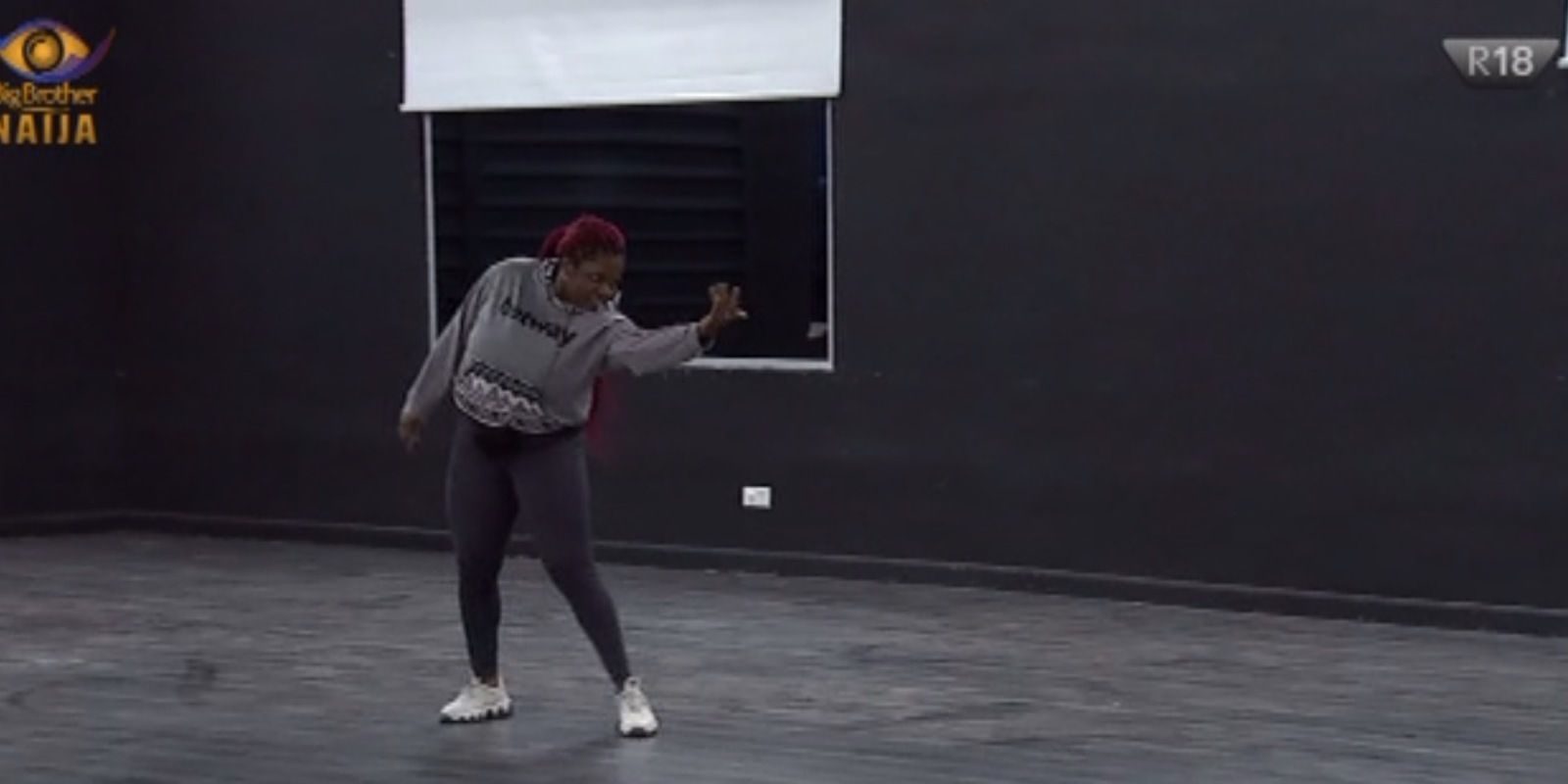 As the Housemates walked in this morning the vibe was quite low Housemates were a little slow until Lucy, Laycon, Vee and Dorathy decided to switch it up. The four ran around the Arena tagging each other eventually tagging Neo, an innocent bystander who was just trying to dance in peace. As he tried to avoid the Housemates, they tagged Nengi and this was enough to bring her into the game. 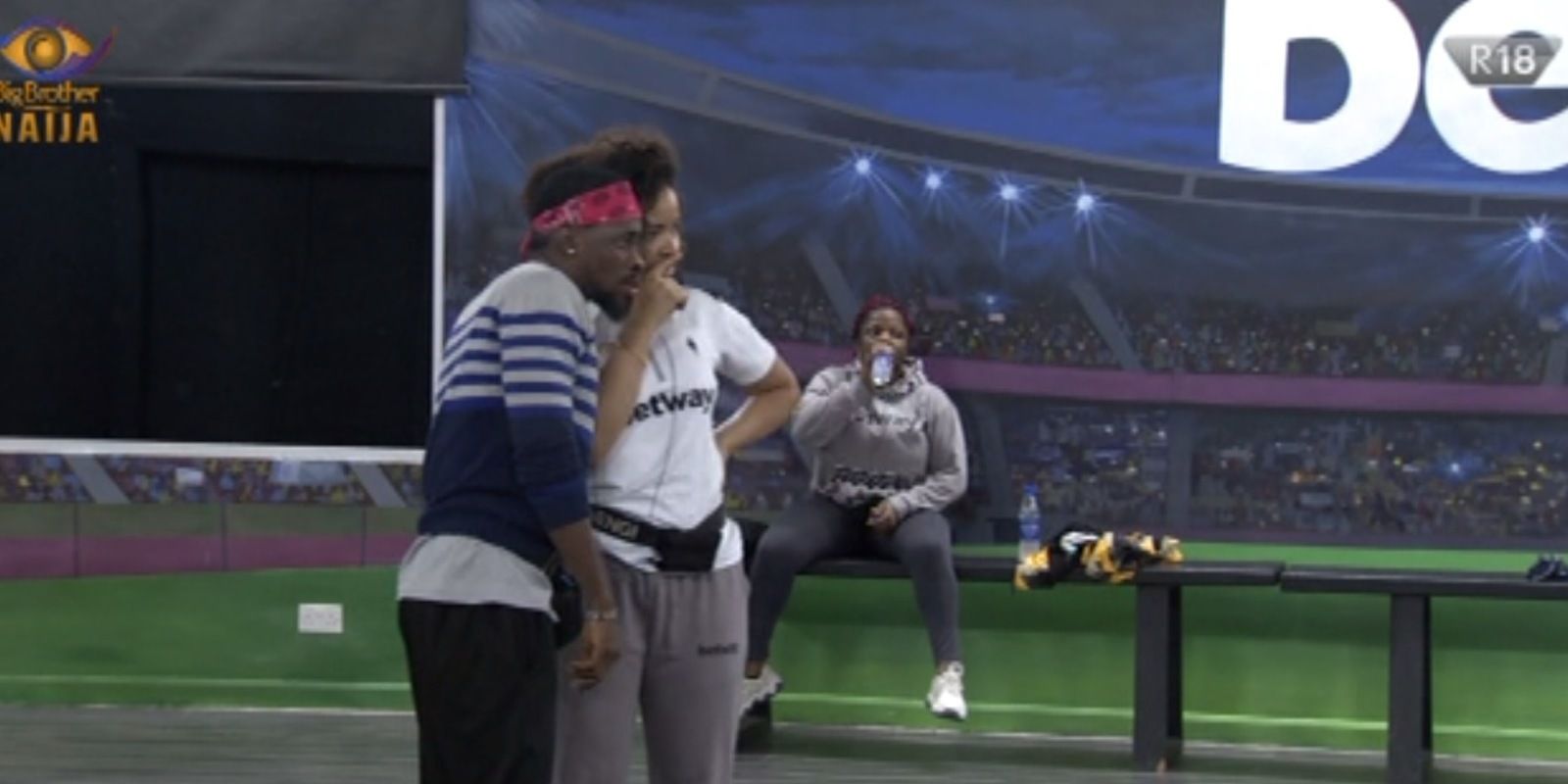 As if by nature, each of the Housemates fell into the Game, one by one, having fun without any of the tension and emotion we saw in the House from yesterday.

Once all the Housemates were involved, the game became more organized and the Housemates organized. There was no denying the Game got them envigorated for the morning with tag showdowns between Ozo and Kiddwaya, then Kiddwaya and Neo, Neo and Lucy, Trickytee and Ozo and so on. Only Erica stayed out of the Game for a while, eventually unable to stay out for the fun that everyone was having. 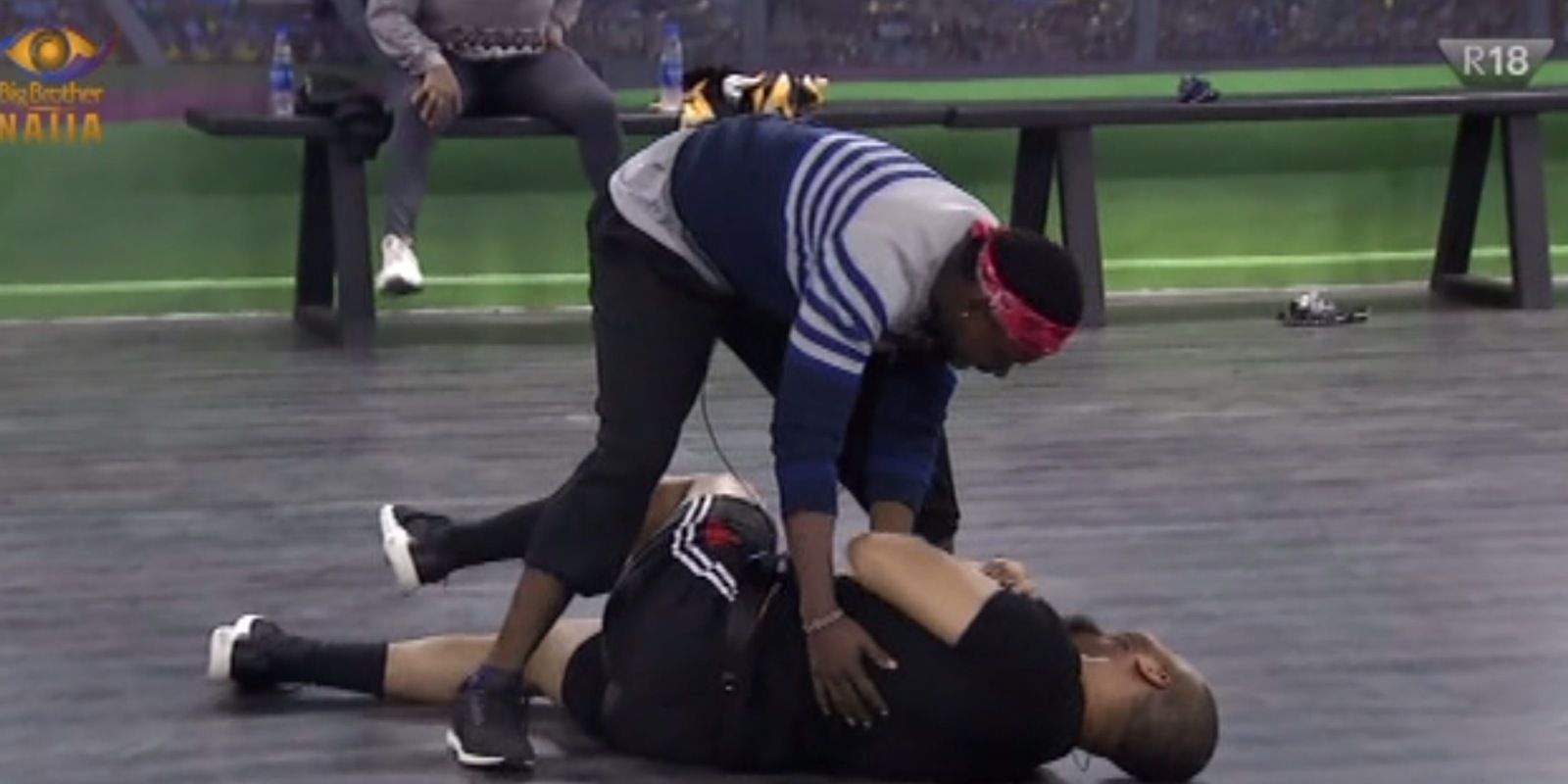 The same became a Game of doubles resulting in the Housemates turning it into a Game of strategy, Neo and Nengi decided to tag Kiddwaya and Prince, resulting in an epic showdown between Nengi and Prince. After this, the Housemates decided to up the stakes; creating a ball from socks and participating in a Game of dodgeball for the last half of the Game, making it slightly harder. The Game went on until Nengi, Prince, Laycon, Kiddwaya and Neo were the last Housemates standing.

This was also one of the rare moments that we see all of the Housemates joining in a voluntary physical group activity. 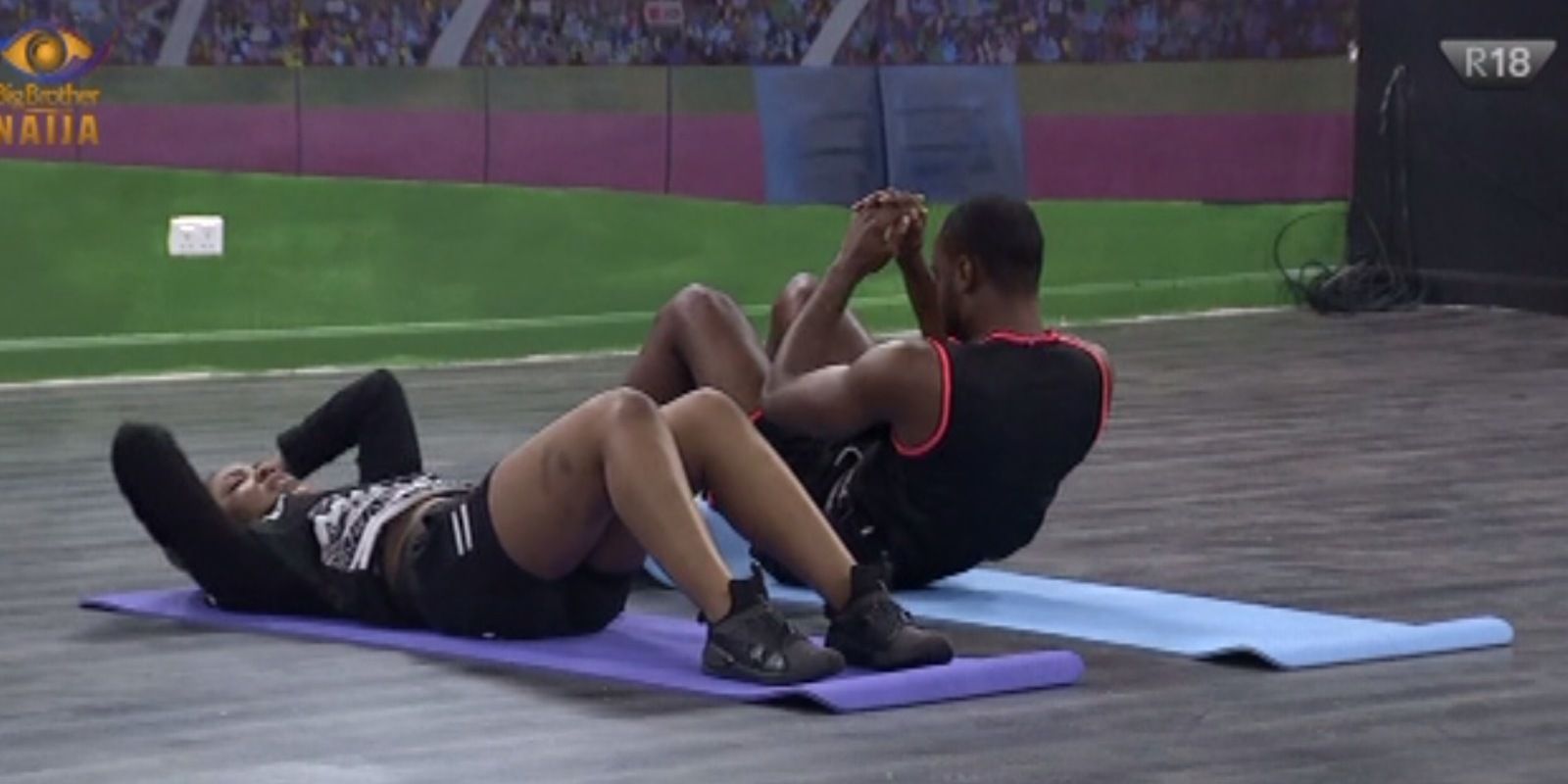 As the Game subsided and the Housemates sat down one by one, tired from their Game, only Prince and Erica remained helping each other in some morning ab workouts for the day. Prince seemed to push Erica this morning as she made her way through her leg lifts with him while Neo, Dorathy and Lucy got back to dancing. 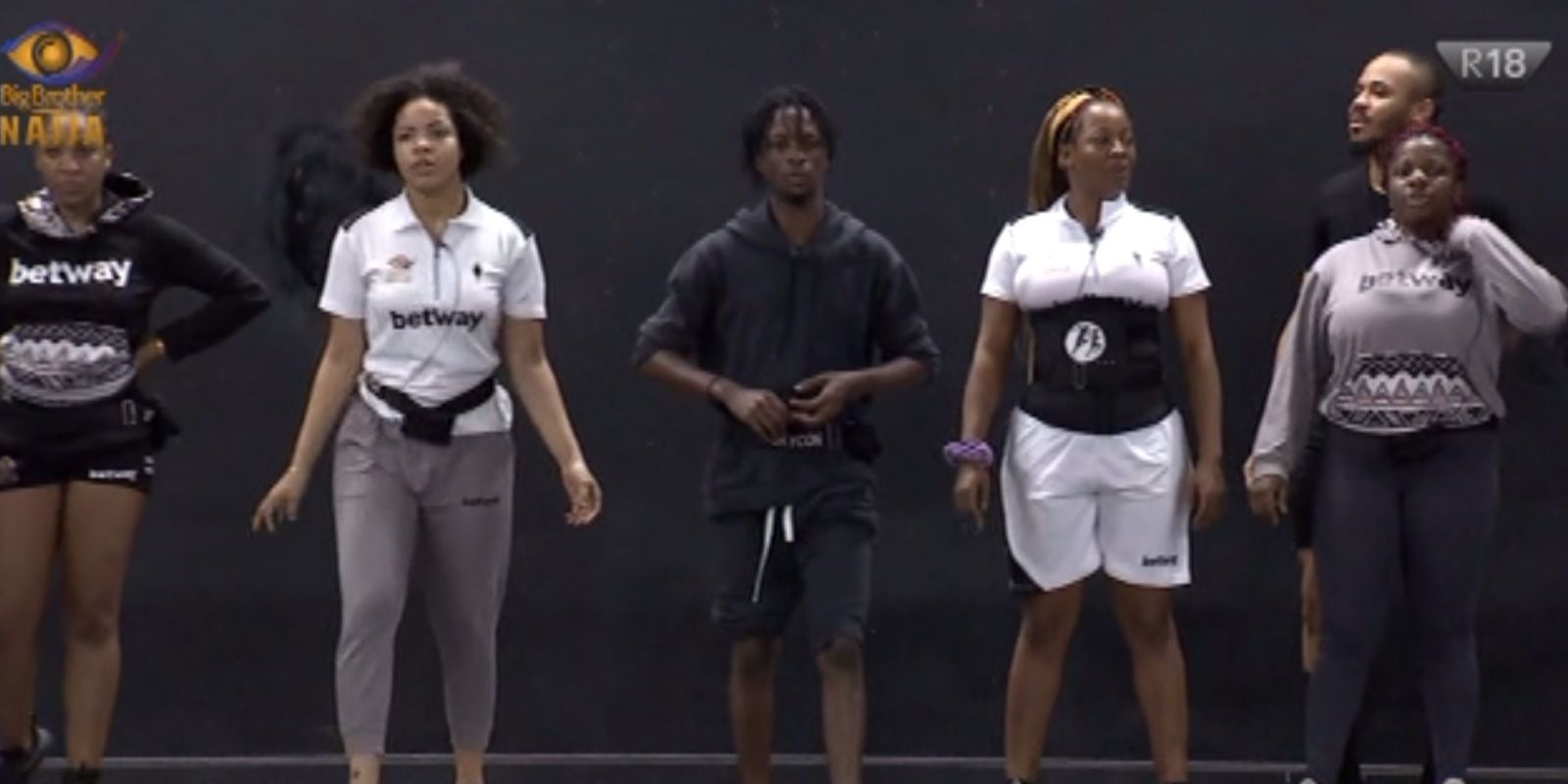 And just like that, within the blink of an eye, the Housemates had turned their day from drab to fab with an all-inclusive workout that involved every single person highlighting all their abilities for the day. As we prepared to watch what would happen for the rest of the day.

Video
Day 56: Phyna's early morning wahala – BBNaija
Phyna and Groovy's intimate conversation in the HoH Bedroom turned into a morning of confrontation between herself and Chichi over what Chichi told Groovy about Phyna.
Video
Day 52: Early morning shenanigans – BBNaija
Groovy and Phyna speak on the revelation of Level 3, while Allysyn and Hermes steal little kisses in the rain.
News
Day 44: A Johnnie Walker Wager
This week the Big Brother Naija Housemates keep walking with Johhny Walker.
News
Day 44: A comedy switch up
The Big Brother Naija Housemates have a new Thursday Wager Brief and naturally it has been on their minds since they got it, here are some of their initial thoughts.