Day 42: Prince the king of hair

News
30 August 2020
Sunday mornings in Biggie’s House have become synonymous with the Darling and Mega Growth sponsored and Housemate’s manned hair salon. A lot of hair styles have come and gone, and one man has been responsible for a lot of them.
SUBSCRIBE TO WATCH

They say that one’s hair is their crowning glory and today, even though the Big Brother Lockdown Housemates got off to a late start, their efforts in the salon again yielded great results. With the fifth Sunday Night Live Eviction Show looming over the 12 Housemates up for Eviction, the race to score every available point has intensified. 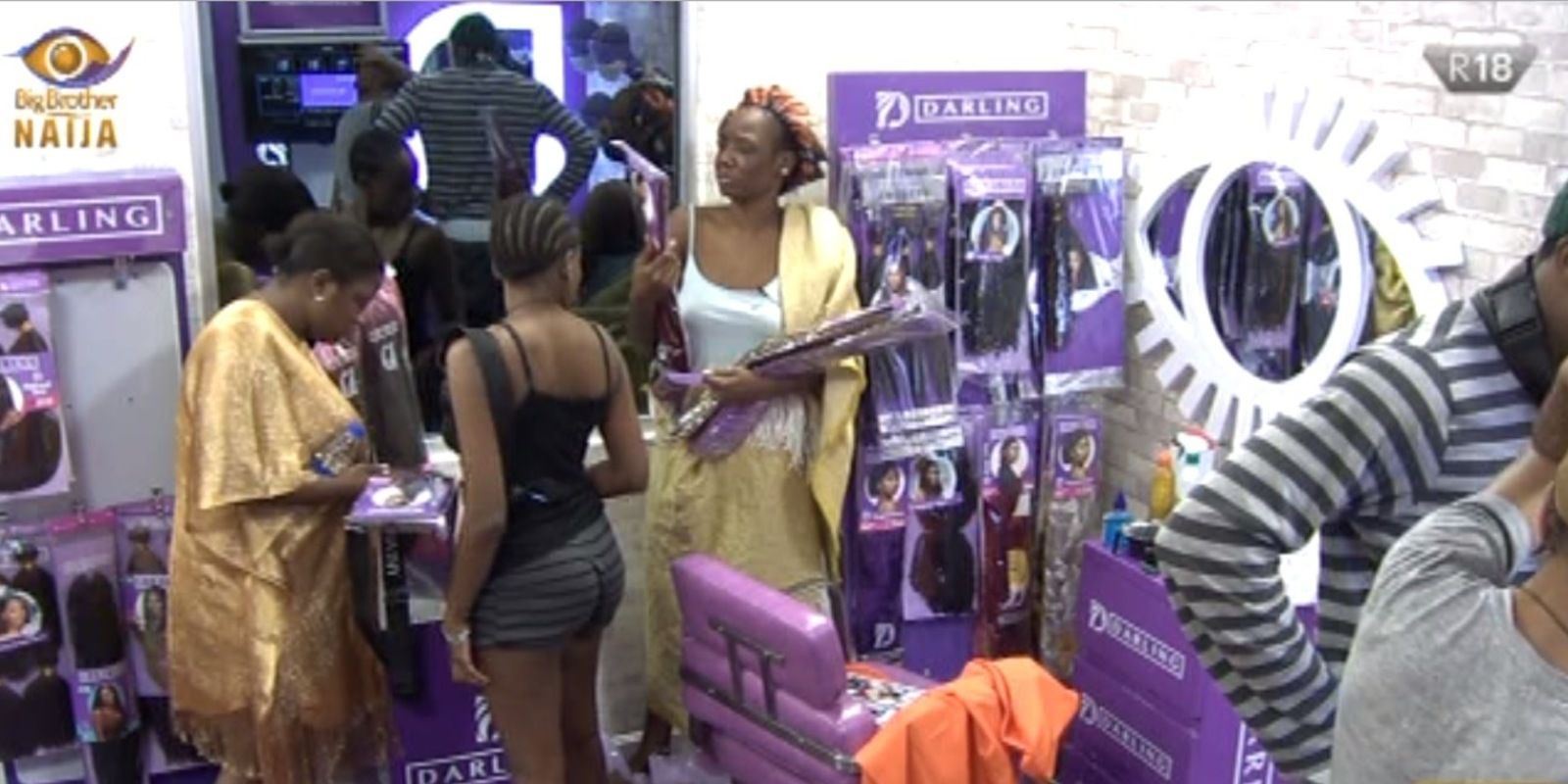 Doing nearly as much work as doctors during the lockdown

Like a large number of the other successes during season 5, doing hair was a collaborative affair as Housemates washed, braised, and styled each other towards follicle perfection. The usual suspects were giving a helping hand in the Darling Salon. Trikytee unplaiting and braiding Wathoni, Dorathy giving Lucy the wash of her life, Neo assisting Vee, and Prince doing nearly as much work as doctors during the lockdown. 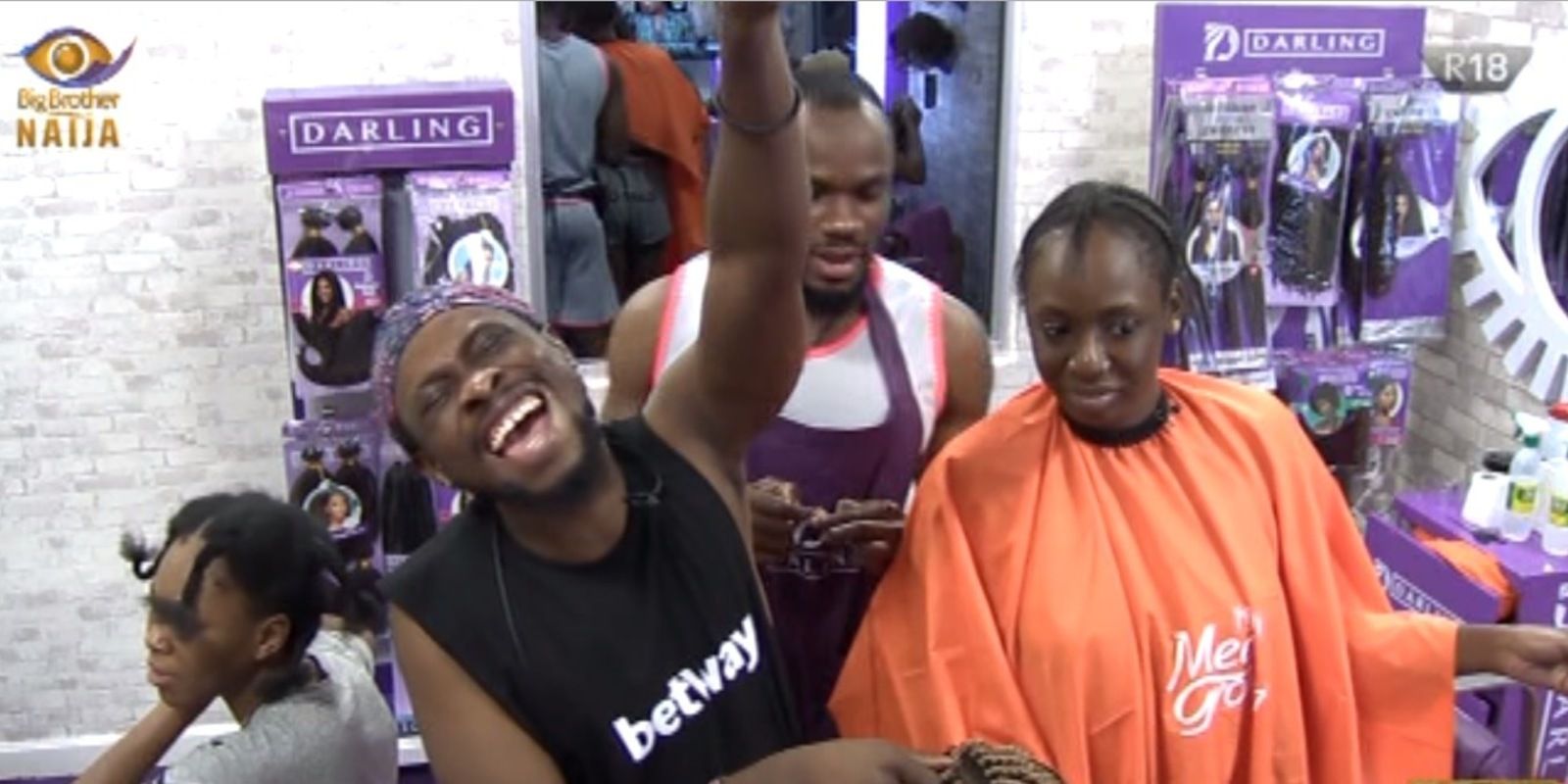 Prince has shown from day one that he is a major competitor and even won the Arena Games during week four while being a prominent feature in every Task and competition. The Sunday Darling challenge is where we have seen him become everyone's, stylist, barber, and overall hair guru. It's safe to say that if Prince was to be Evicted, he would leave many Housemate’s heads unkempt. 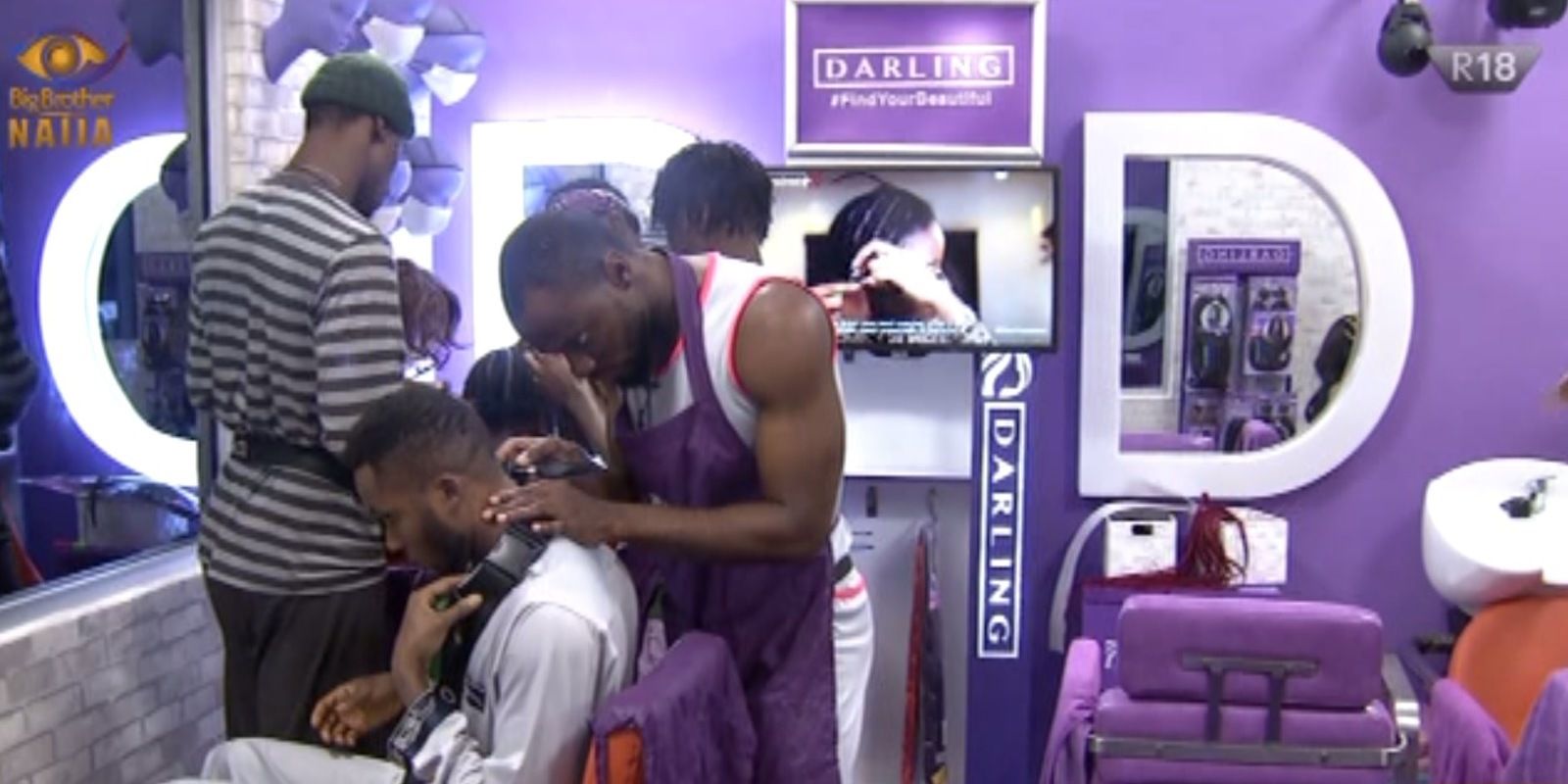 His competitive nature is so strong that we have sometimes even seen him deal with losing not very well. This was evident after the Pepsi Task when losing bruised his spirit so much that he needed to be consoled. He was also inconsolable after his loss to Ozo in the Head of House Challenge when victory was so close and yet so far. He dealt with this torment by seeking solace from his House bae Tolanibaj.

It will be interesting to see how much further his competitive spirit develops, as we head into the last weeks of Big Brother Naija season 5.

Check out the scores as they stand:

Video
Day 22: Phyna and Groovy get cozy – BBNaija
Phyna and Groovy get into a little private time under the duvet just a day after he confessed to having feelings for Chomzy.
Video
Day 21: A sweet surprise– BBNaija
After a long day of preparing and taking part in the weekly Wager Task, The #BBNaija Level Up Housemates get a sweet surprise from Johnnie Walker.
News
Day 35: Keeping up with the Darling Hair sessions
Juicy rewards await the Housemates with the highest amounts of points in this Season’s hair styling, maintenance and hair support, courtesy of Darling Nigeria.
News
Day 17: Ozo rages at Prince
For the first time this Season, the House witnessed an awkward fight between love contenders.