News
30 August 2020
Week six in the Big Brother Naija House had more ups and downs than a roller coaster. Take a ride with us as we relive the highs and lows that made it a week to remember.
SUBSCRIBE TO WATCH

One of the most joyous things about watching Big Brother Naija is that every week holds promise, surprises, and more drama than a bad family reunion. This week was no exception as the Housemates won big in life while losing in other ways. Here are the highlights worth remembering from week six.

Head Ozo
The universe seems to love Ozo as he scooped his second Head of House and chose Nengi to be his Deputy. Under his tutelage, the House managed to turn their Wager into a win for only the second time. Their last win also came with him at the helm and the results show that if you want to have a winning week in Biggie's House, make sure Ozo is in charge.

Winners know how to win
Speaking of winning, the Housemates winning ways didn’t stop at the Wager as every Task they faced, turned into a triumphant success. As a group the Housemates were piping hot during the Indomie Task, they also cashed in when Kuda Bank came knocking, and when Pepsi was in Biggie's House, they hit all the right notes to turn it into a payday. Winning became a way of life this week for the Housemates.


Sinking ships?
The only place the Housemates weren’t winning was in their love lives as the ships in the House faced rough waters and may not be sailing much longer. Ozo may be winning in his leadership role, but is failing in his love life as Nengi brother-zoned him after the party on Saturday. Kiddwaya and Erica have also been dealing with makeups and breakups, is their cruise heading towards an iceberg? Even the ever-steady Neo and Vee experienced rough waters as ‘ships in the House suffered this week.


Heros in the House
The Wager this week was themed around the heroes in the Housemates lives and it had them painting up a storm. The stories that flowed during the presentation made tears flow on both sides of the screen. To end off the week in style the Housemates were dressed as superheroes for their party and looked hotter than the water they had missed so much. 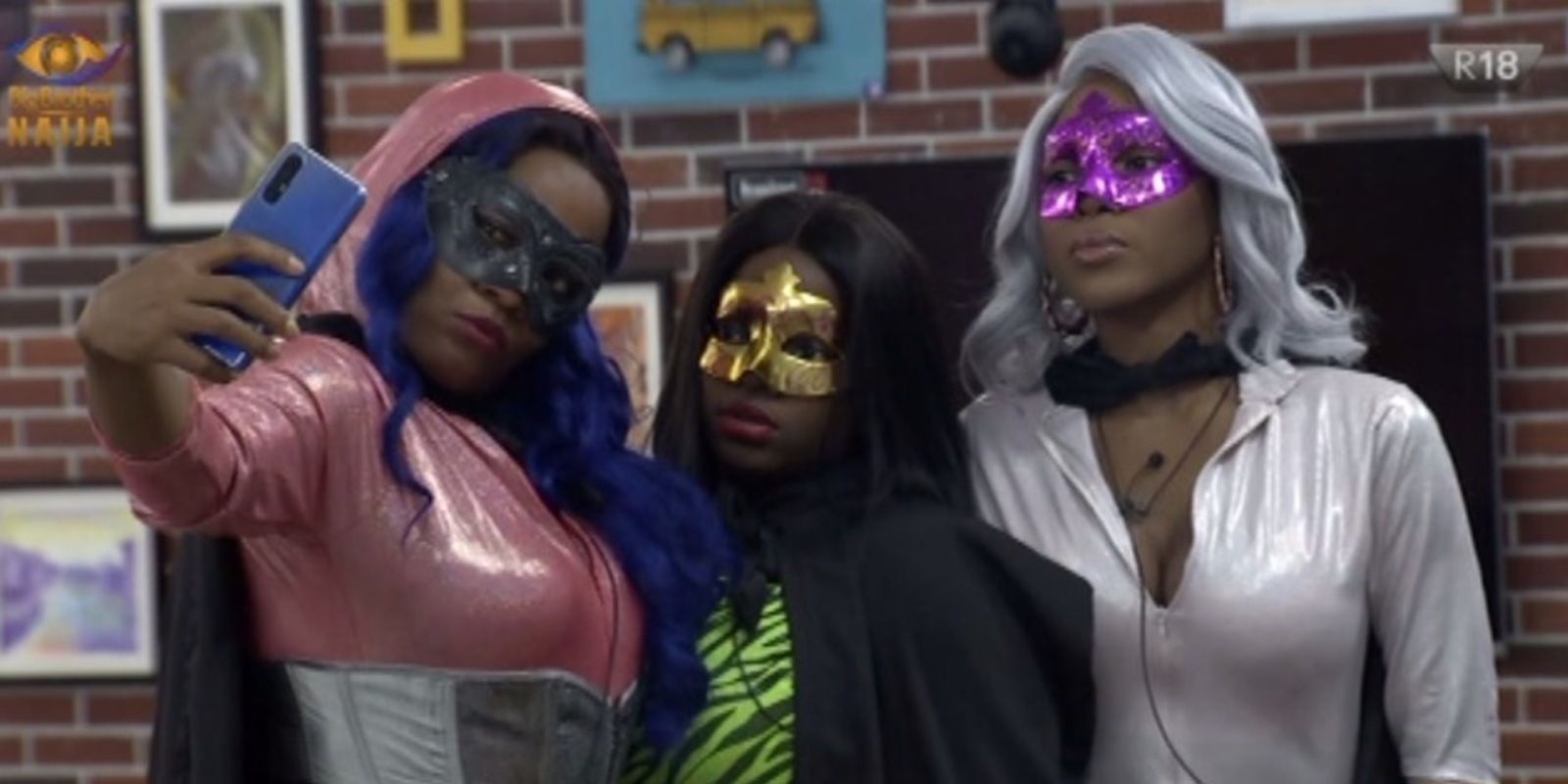 All in all this week was a great one for everyone, even if some of the sore hearts wouldn’t agree.

Video
Day 15: Week two in the Level Up House – BBNaija
Ships grew, strikes were issued, and the gist was shared. Week two in Biggie's House has not been without any entertainment as Housemates do all they can to stay in the House till the final day.
Video
Day 22: Week three in the Level Up House – BBNaija
Biggie switched things up this week by having Housemates switch House Levels. We celebrated Leo babies Modella and Khalid’s birthdays, while Sheggz voiced out his worries about gents that would make a move on Bella if he were to be Evicted. Ilebaye and Bryann butted heads and Allysyn and Doyin are confused about which ship must they dive into.
News
Six Shine Ya Eye Twists that left us shook – BBNaija
Biggie gave us a show to remember, with just the right touch of twists to shake things up this Season.
Gallery
Week 6 Tasks
Every week the Big Brother Housemates get the chance to show off their talents thanks to our sponsors. Here's is where the photographic evidence of their efforts lives.