News
29 August 2020
The Big Brother Naija Lockdown Housemates took on the second part of the Revolution Properties Task which was to replicate their estate's gates using cards.
SUBSCRIBE TO WATCH

Part two of today's Revolution Properties Task came in and the Housemates were challenged with the very real Task of creating a 3D structure out of cards, which they soon realized was very difficult in the garden. The ask was simple, take a look at the image of your estate's gate, and recreate it, with the poker cards provided.

How did the Housemates perform you ask? Let's take a look! 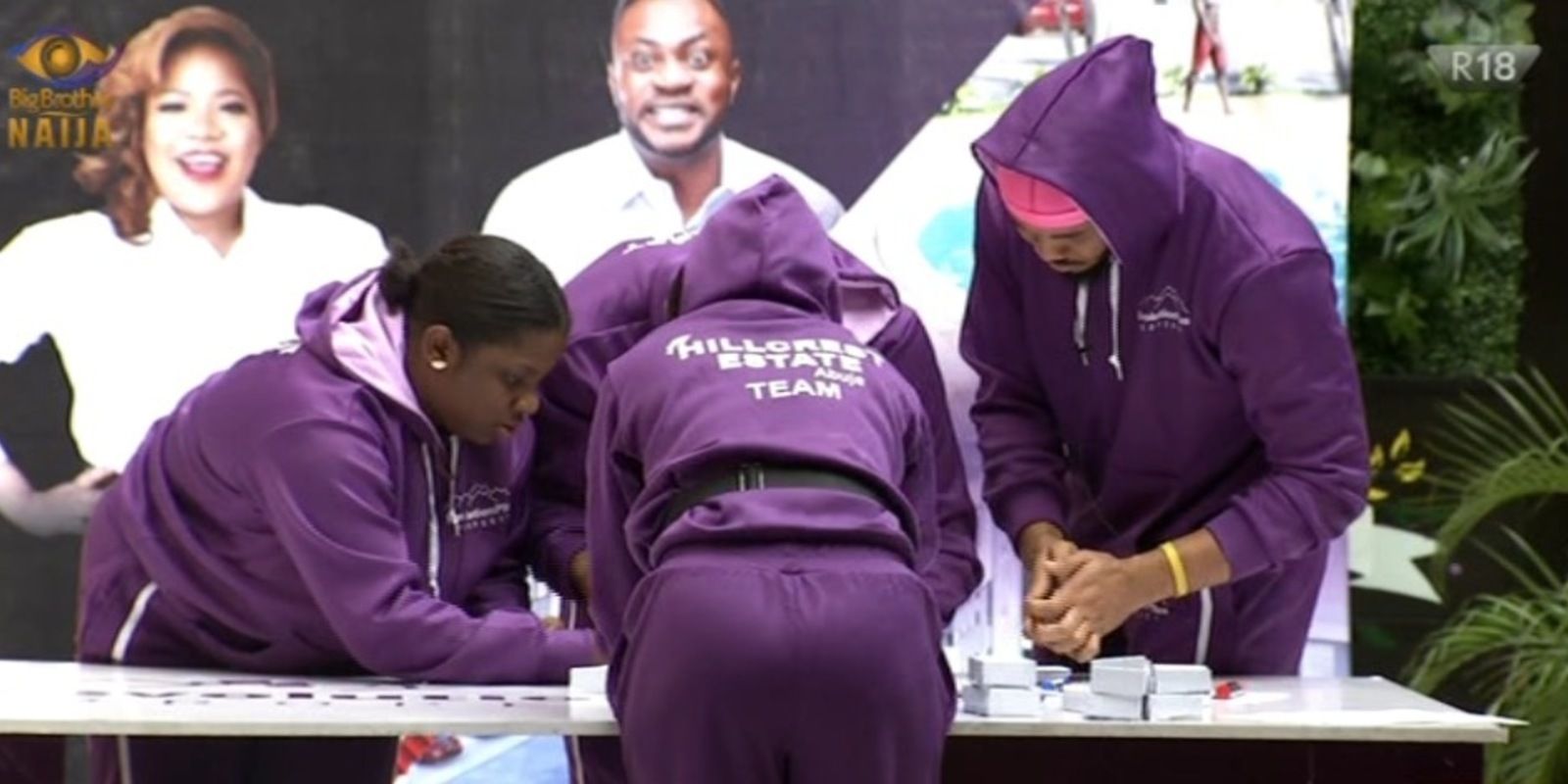 The team which included Dorathy, Ozo, Neo and Wathoni found this part of the challenge difficult. Trying to get the cards to stand while battling with the wind proved quite a task. They understood that the heavier the cards were, the more they would stand, but failed to find a way to get the thicker walls to stand. At some point, they tried to shield the cards with their sheet of paper but their structure succumbed to the wind. 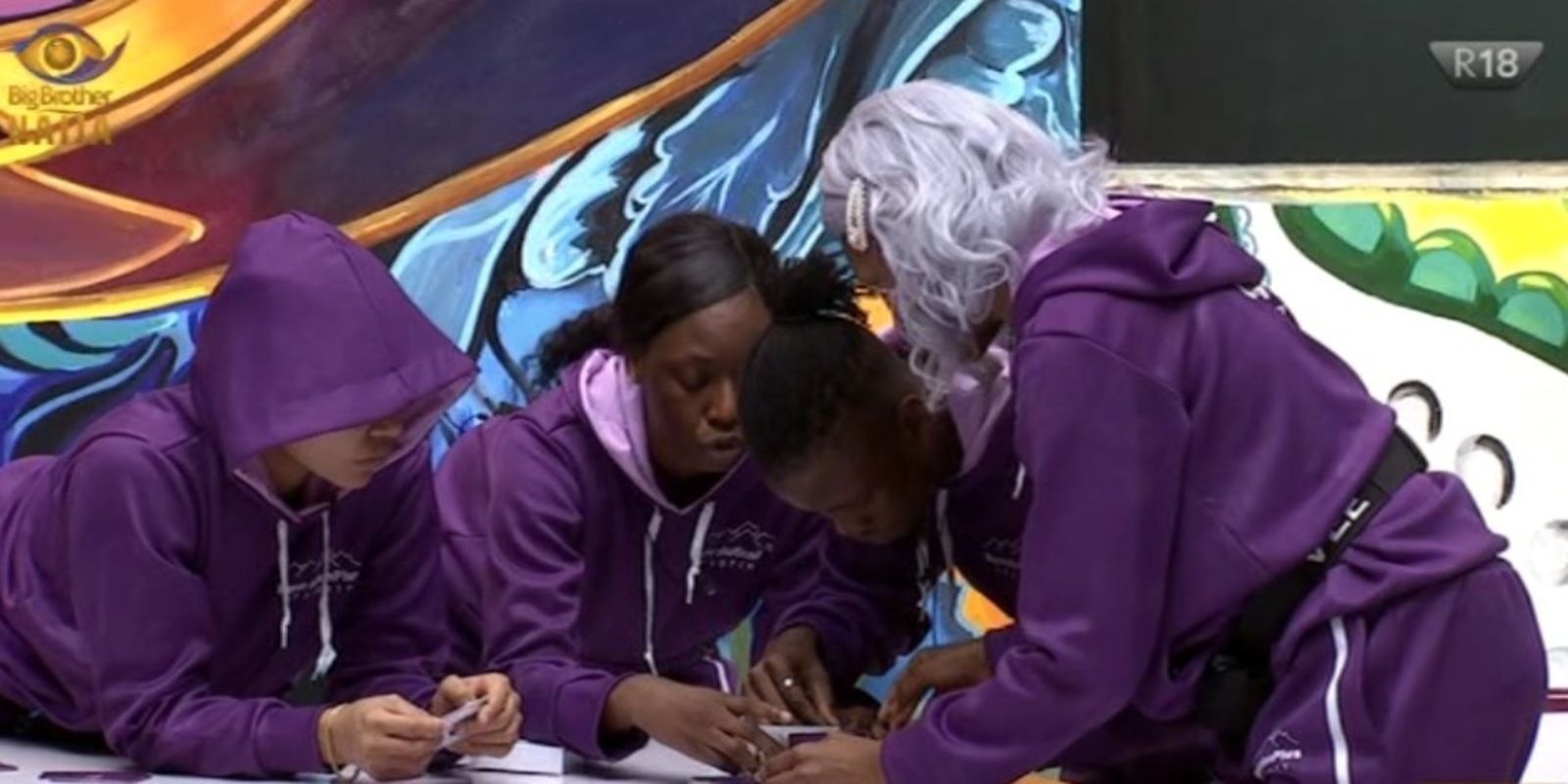 After having watched the previous Housemates build in the wind, the team represented by Laycon, Vee,  Nengi and Tolanibaj decided to start by planing their structure with all the foundation cards laying in front of them. The wind also proved incredibly challenging to their Task, though they used their bodies as a shield against it. Taking lead from Laycon, they tried adding more cards to their foundation, to make the walls thicker, just as the team before, to no avail. Foundation was the name of their Game and by the time the buzzer went off, they had one small structure that they took apart. 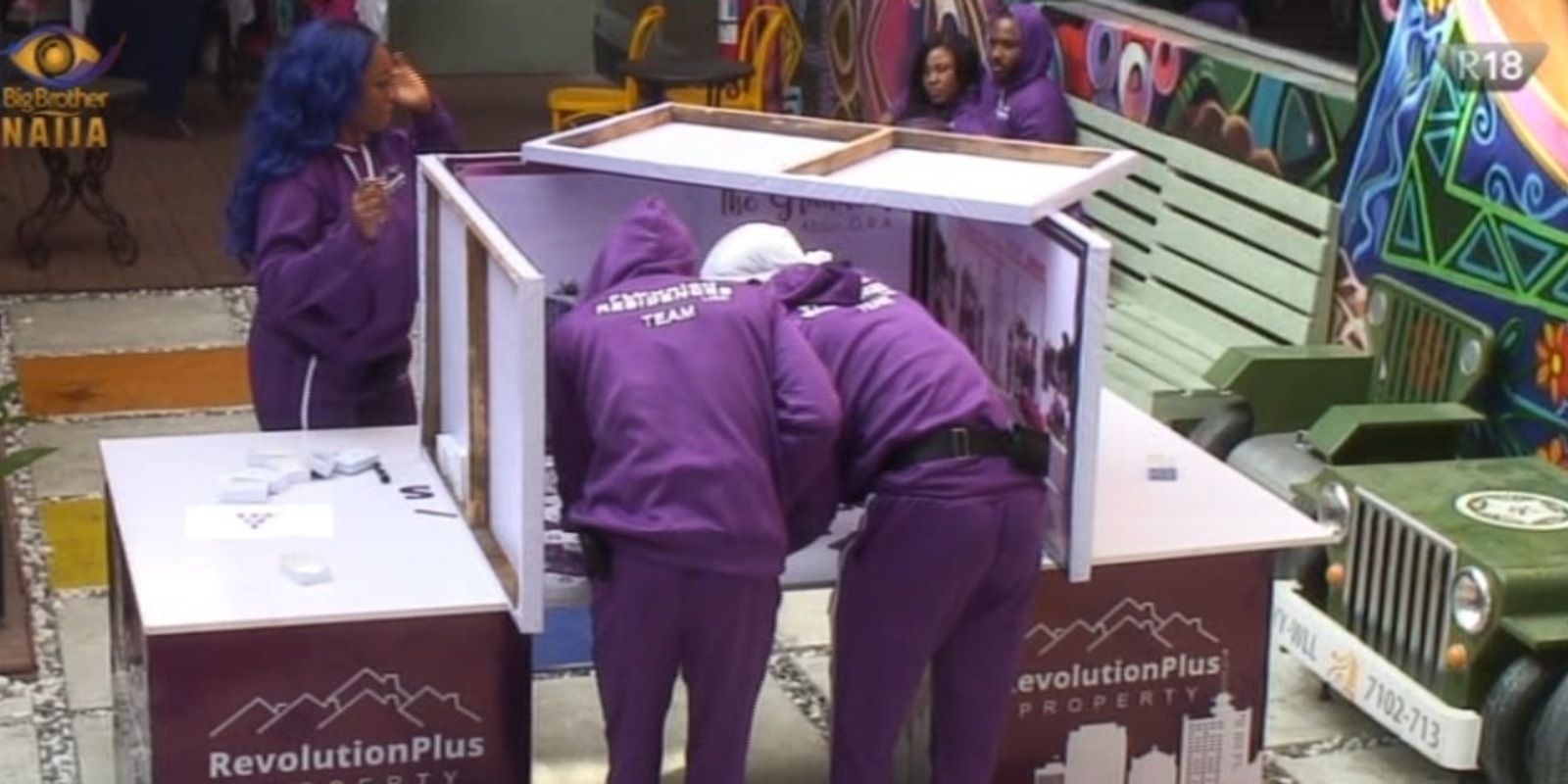 Lucy, Prince and Brighto came up for their turn with a master plan. They decided that they would build their structure but first, they would build a structure around them using the boards in the garden to fortify their gate against the wind. Huddling together to make it work, the team went between building and holding the structure around their gate together. Prince was the lead builder who remarked that 'It's not easy man, this thing keeps on falling.' When it as time to remove the boards from around their structure, they enlisted Kiddwaya to help and on the count of five, the boards were no more and their structure managed to stand for a split second before half of it collapsed. 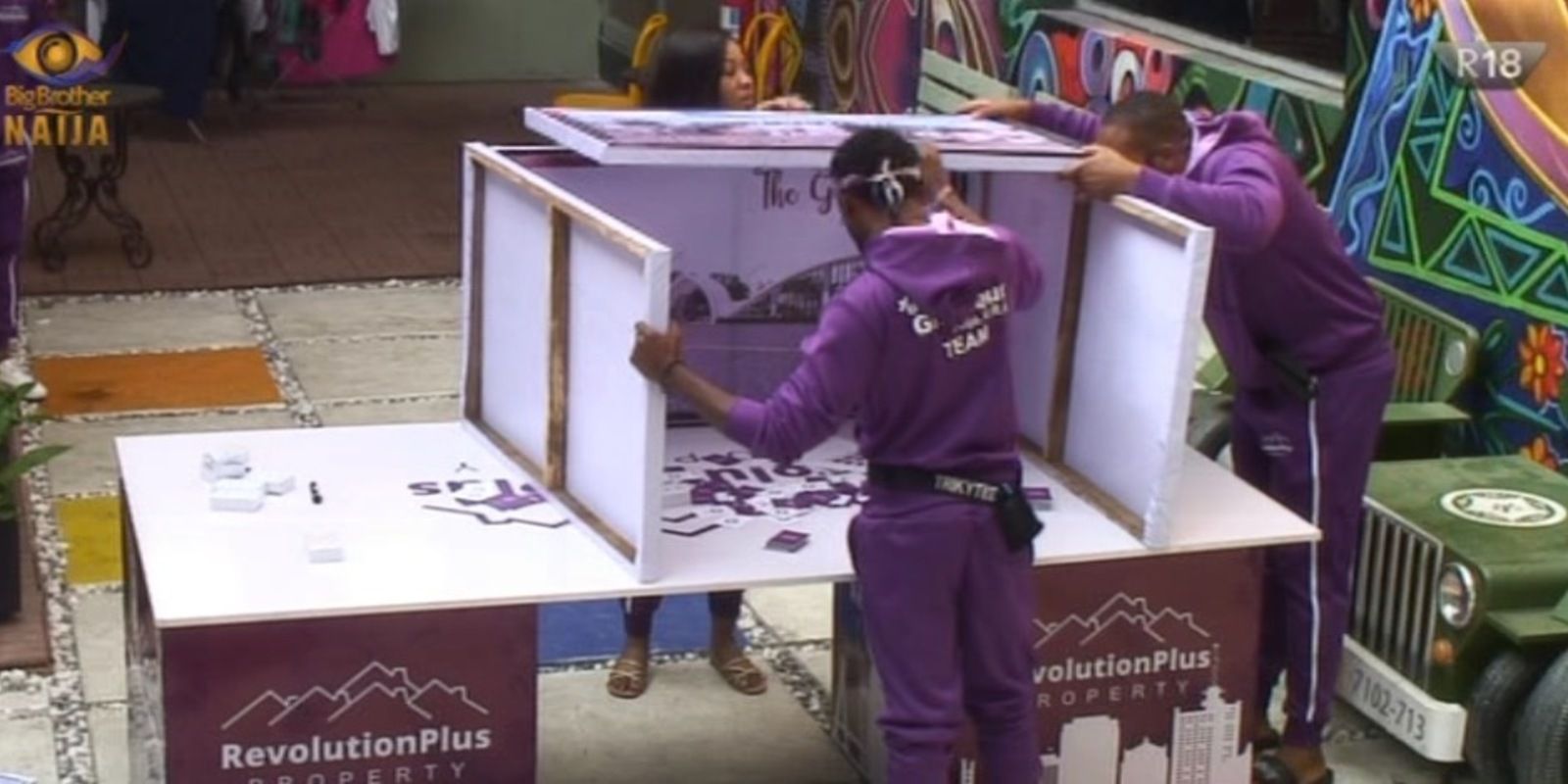 Only team Flourish Residence was able to gain 25 points in the second round of the Task, leaving two winners. Kudos to team Hillcrest and Victoria's Court and Garden who each take home N1 million!

The wind made for a difficult Task today, but the Housemates still took up the challenge and gave it their all. A winning mentality.

Video
Day 15: Week two in the Level Up House – BBNaija
Ships grew, strikes were issued, and the gist was shared. Week two in Biggie's House has not been without any entertainment as Housemates do all they can to stay in the House till the final day.
Video
Live Show 4 - 7 Aug: Christy O’s Big Brother Naija journey ends – BBNaija
The self-proclaimed shy girl, Christy O, slowly came out of her shell as her journey progressed in the Big Brother Naija House. She made an impression on Pharmsavi the pharmacist from Day 1, and the two continued to get closer daily. She engaged in a couple of altercations but has maintained her demeanour throughout.
News
Day 41: Superhero Saturday Night Party
When it comes to partying on a Saturday night, no one does it better than the Big Brother Naija Lockdown geng!
Video
Day 41: Revolution Plus Task part two
The Housemates battle it out against the wind and gravity to build 3D replica’s of their estate’s gate with a deck of cards to win big. Congratulations to teams Hillcrest and Victoria’s Court and Garden!