For the first time ever, Kiddwaya has won the Betway Arena Games making him the champion for the 6th week. He takes over from Praise, the winner of the last edition. From being Deputy Head of House to being the HoH and now, the Arena Games champion, Kiddwaya has had an amazing run in the House so far. 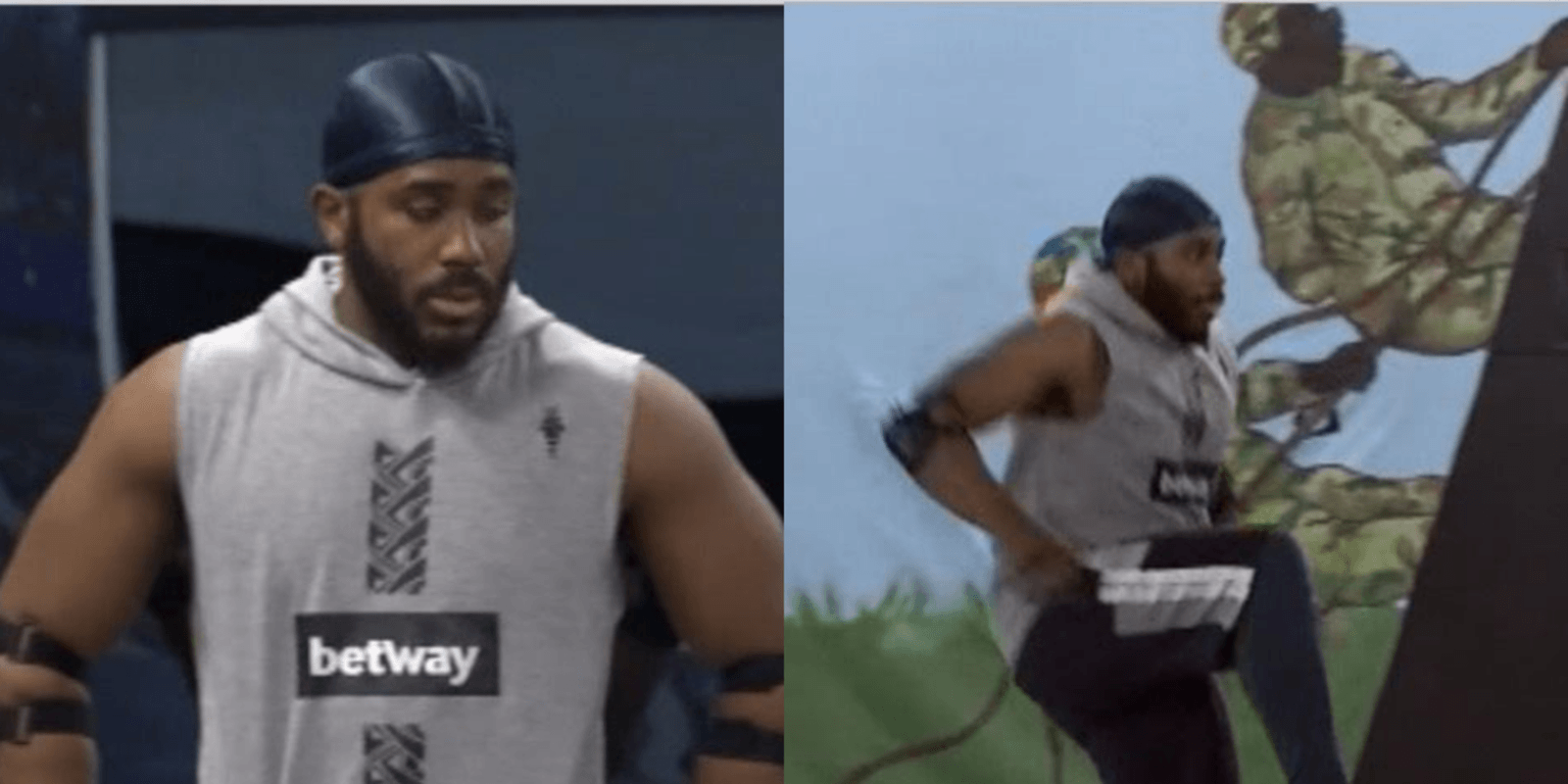 In keeping with the week’s Superhero theme, this edition of Betway Arena Games paid tribute to the brave men and women of the armed forces that bravely risk their lives to ensure safety and featured a basic armed forces training exercise. To get the Games started, the Housemates were provided with elbow and knee guards as the got briefed about what the course entailed.

The Betway Arena Games featured six simple courses that each Housemate had to complete in three minutes. For the first course, the Housemates had to run through tyre tracks making sure to step in every tyre hole without skipping any hole or jumping over any tyre. From there, they moved to the second course which involved them running under the arch. On completion, they moved on to the monkey bars where they swung from bar to bar without skipping or they had to restart. The next stage was the tunnel escape. For this course, they had to crawl on all fours as fast as possible through one side of the tunnel to the other before proceeding to climb up and down the steps. The final course involved climbing a simple wall to complete the entire course.

The challenge was a game of speed and stamina and they all put in efforts with a few stumbling along the way but they quickly picked themselves up and got back in the swing of things. In the end, Kiddwaya clinched the victory in record time. 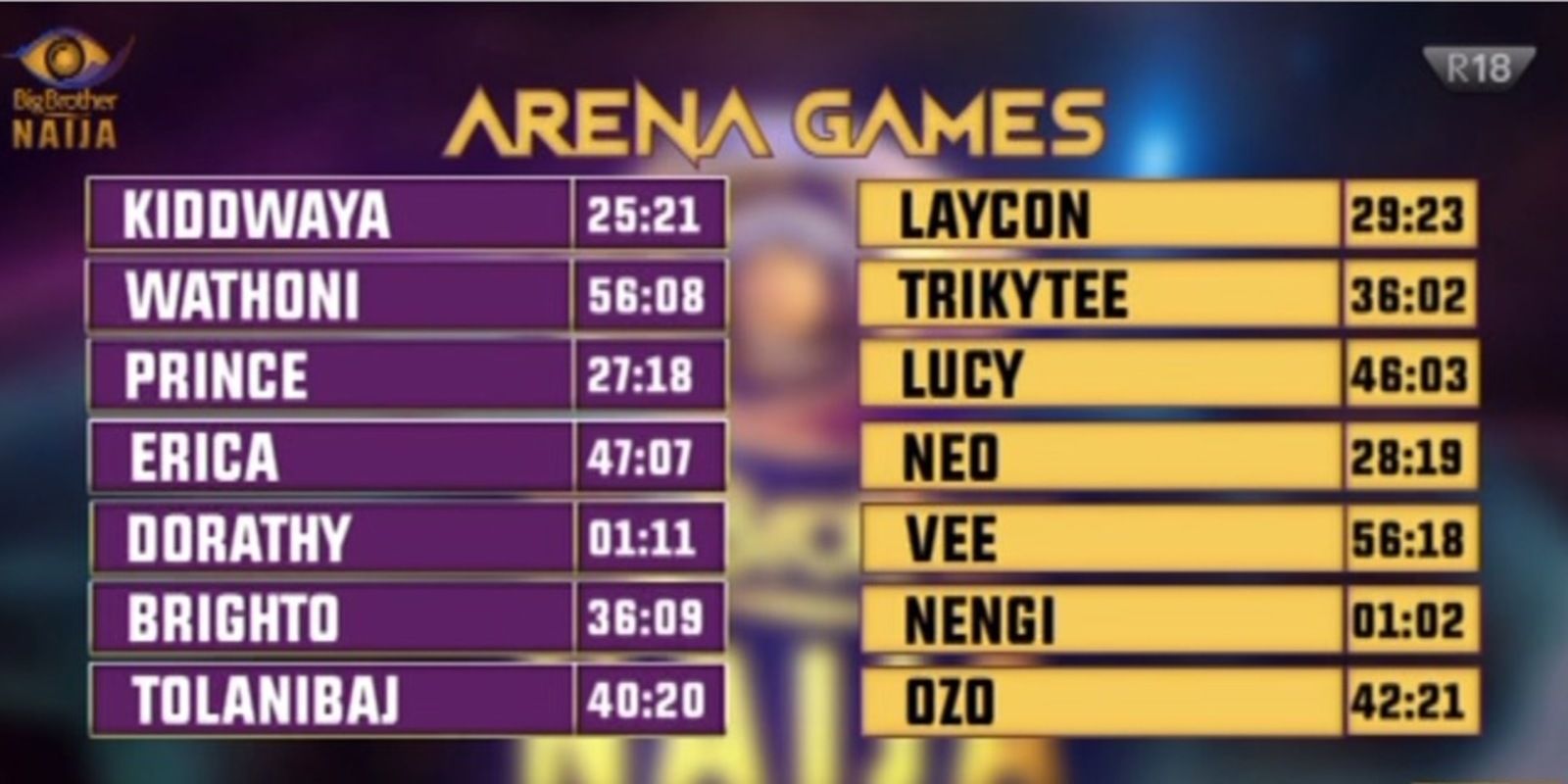 Kiddwaya’s prize still remains a mystery as Biggie announced that he will be awarded on Monday. Just like Kiddwaya, we are also looking forward to what he will be rewarded with and if he will be sharing it with anyone special.

Video
BBNaija Gist: Whitemoney shares winning recipe – BBNaija
After an amazing run and a victorious Finale, Whitemoney opens up about his journey in the House. Guided by love and positivity, he explains how he overcame every obstacle on his path to victory.
Video
Day 37: An eggy HoH Game – BBNaija
The BBNaija Housemates reminisce on their challenging HoH Games and how an egg stood between them and ultimate victory.
News
Day 40: A Victory for Omashola And Cruisetopia
For his unmatched speed and accuracy, Omshola came first in the Arena games and Cruisetopia emerged the overall winners.
News
Day 30: Kiddwaya is in command
It's the morning after Kiddwaya was crowned BBNaija Head of House and he seems to have everything in control.