News
27 August 2020
The Big Brother Housemates had to bank on each other in order to scoop up two million Naira worth of winnings. Here's how they turned effort into a huge payday.
SUBSCRIBE TO WATCH

The Big Brother Housemates were faced with another daunting Task, and they jumped over the hurdle spectacularly. The two-part challenge put to them by Kuda Bank was to first create a skit about the amazing features and advantages of the bank. The second part three teams had to untie a knotted rope as a team, the same way the bank has untied the complications around banking.

Part one
The plays once showcased the creativity of the Housemates and all three teams had creativity oozing from every moment of their performances. Team Free Bank Transactions showed the importance of instant transfers in a pinch. Team No Funny Charges made the most of their stage time and their play contained many moments of mirth. Team Free ATM Card also showed that a serious subject like banking can also inspire serious laughter while getting the point across.

Part two
Anyone who has ever had interactions with a bank knows that cutting through their red tape is a seriously difficult affair. The three teams had to untie an extremely knotted rope the same way Kuda Bank has untied the complications around banking. 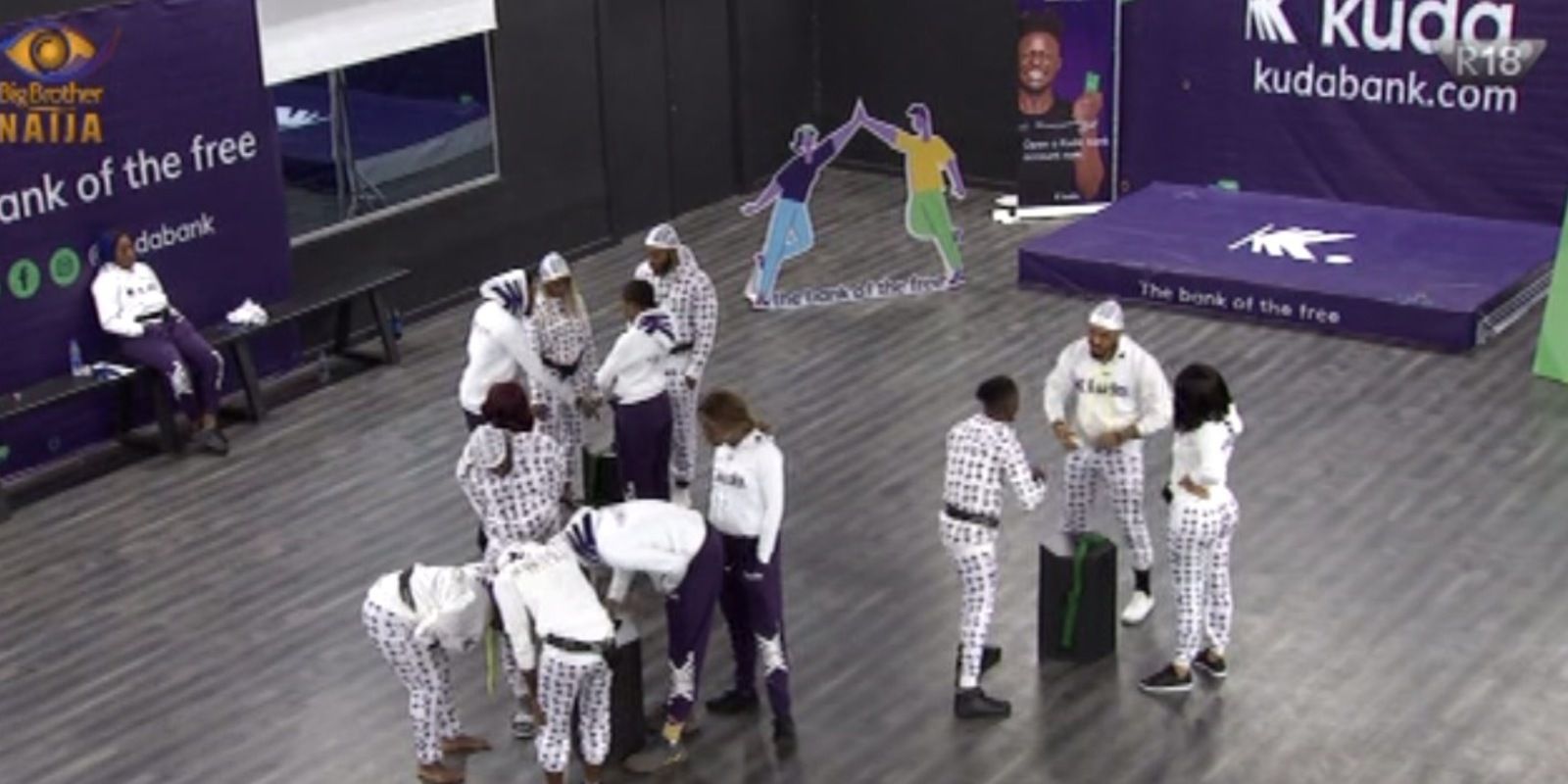 The prizes
When a bank is involved, you would expect there to be tonnes of money being splashed around, and that was the case exactly. Of the prize money up for grabs, No Funny Charges and Free Transactions both shared One Million Naira worth of winnings for their efforts and participation. The big winner on the day was Free ATM Card who got to share in One Million Naira which meant that Neo, Trikytee, Dorathy, Prince, and Tolanibaj all added 200 000 Naira to their budgets.

Another day filled with fun and winnings for the Big Brother Housemates as their ingenuity led them to a happy win. Good to see them return to their winning ways.

Video
Who blocked who? – BBNaija
Whitemoney and Queen explain the miscommunication that prevented them from shipping after leaving Biggie’s House.
Video
Arin and Nini's fiasco – BBNaija
Both ladies address the altercation that started brewing right from the moment they exited the House. An altercation that questions the true state of their friendship.
Video
Day 39: The Kuda Break Free presentation
Free ATM Card, No Funny Charges, and Free Bank Transactions all showcased their banking related plays and once again the Housemates went above and beyond the call of duty for our entertainment.
Video
Day 39: All about the Kuda skit
After being divided into three teams, the Housemates have to hurry and prepare a skit for Kuda bank. There's a lot riding on this.