News
26 August 2020
After a triumphant return to their winning ways, the Big Brother Housemates used their gym time to reset rather than sweat.
SUBSCRIBE TO WATCH

The change in leadership the Big Brother Household has inspired changes in so many other facets of the Housemate’s behaviour. This was vividly evident in the Housemate’s work out today as the session yielded mixed results for even the most fervent exercise enthusiasts.

Neo has continued to inspire his fellow Housemates during workout time, and his group session with Erica, Vee, Tolanibaj, Ozo, and Nengi was a festival of floor-based core crunching exercises. To help keep the spirits as high as they were after the Indomie Task win yesterday, Neo called out names to count the number of repetitions they were doing. This served to bolster the mood at first, but by the fourth set of movements, the majority of the group had given up, with Erica even managing to catch a nap. 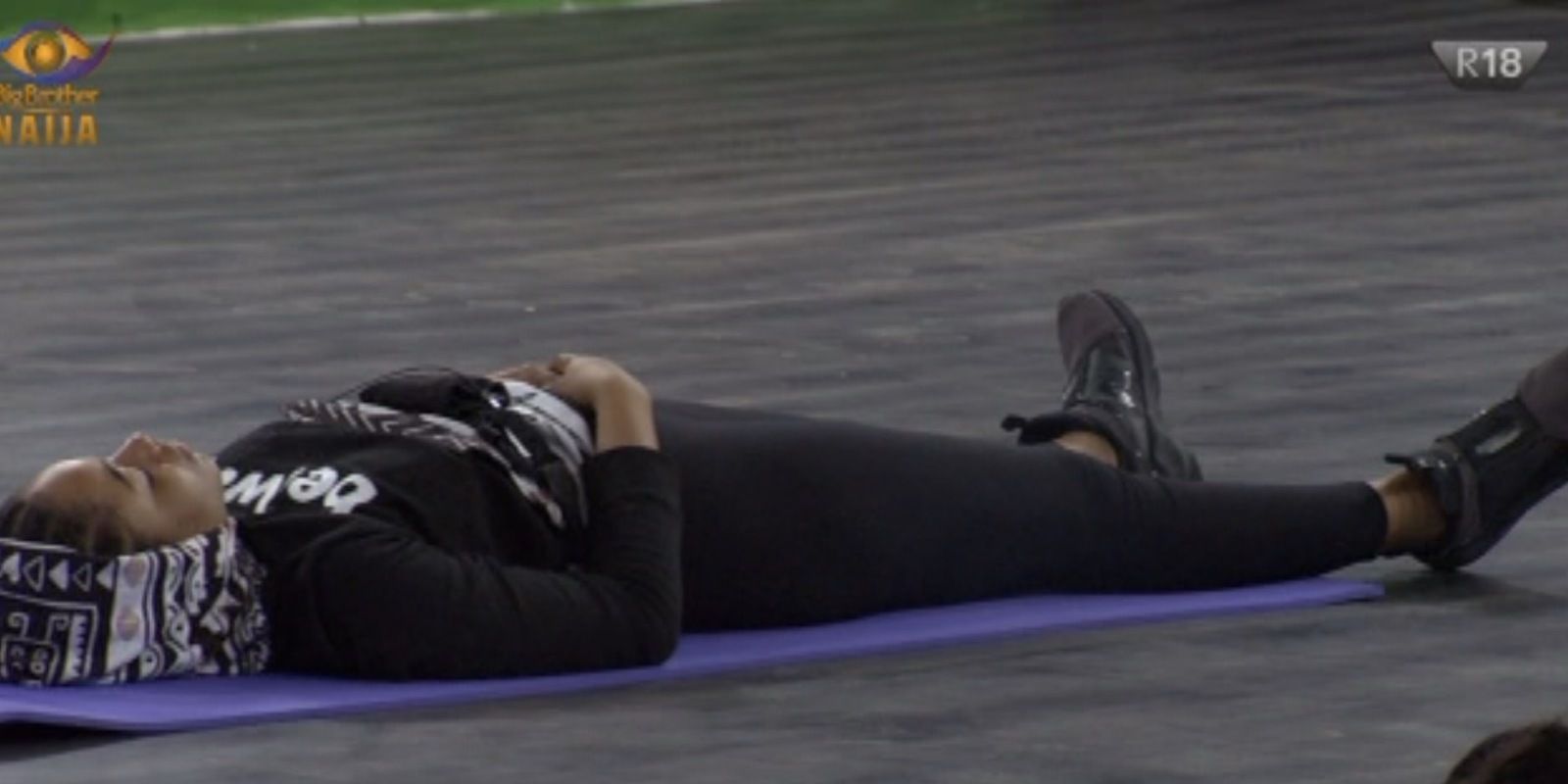 Using the buddy system to make sure their pump time wasn’t wasted was Kiddwaya and Brighto, along with Prince and Trikytee. Prince and Trikytee continued their mission to perfect the pushup and the pair spent the majority of their time doing sets on their Betway mats. Kiddwaya and Brighto also got the blood pumping with press-ups, but then stopped to engage in their other favourite exercise, gossiping. The pair enjoyed the chat up until Biggie issued Kiddwaya with a warning for not having his mic on, and hopefully, this doesn't lead to another strike. 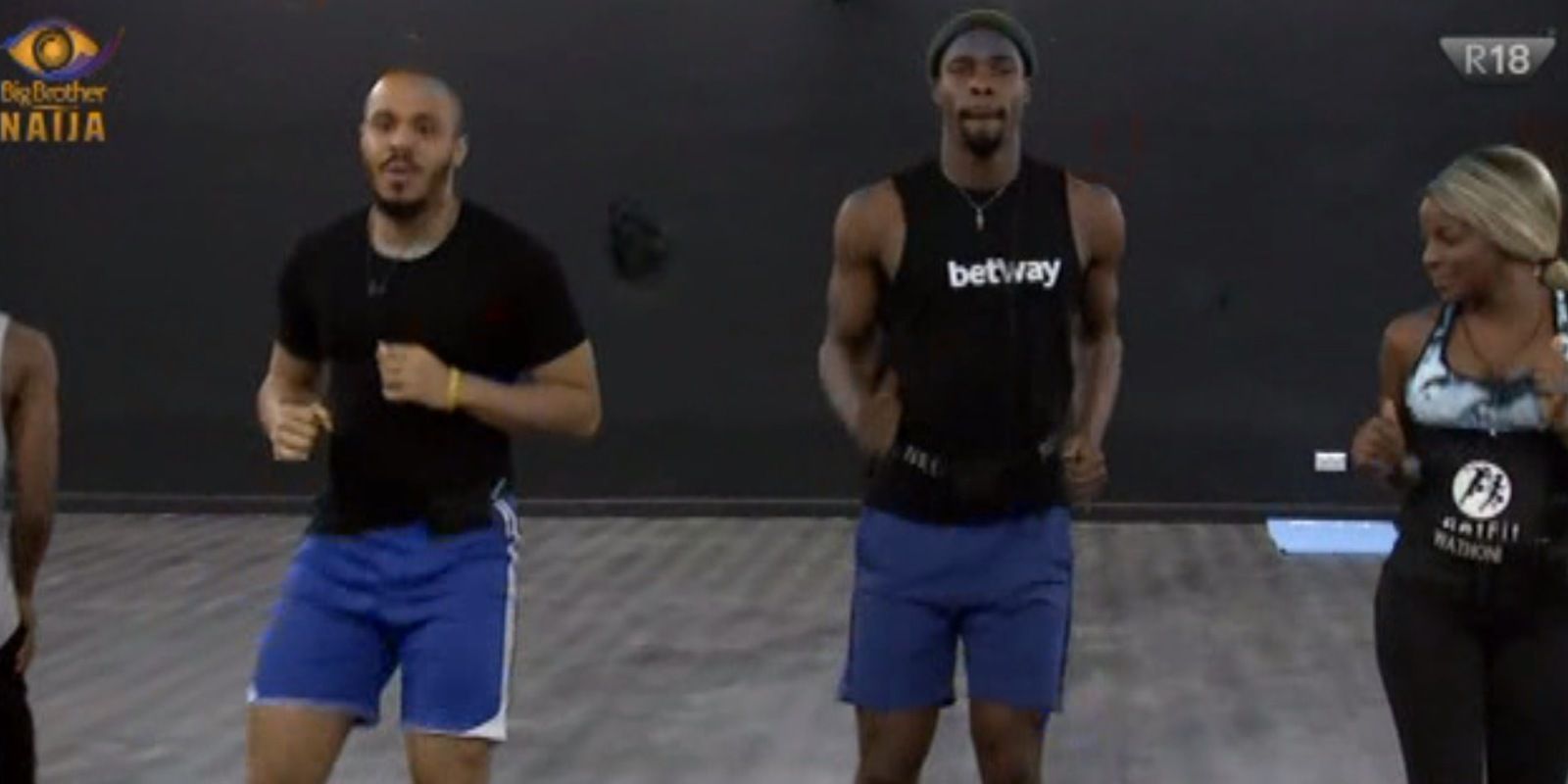 Working out on her own and enjoying it has become a regular feature of Lucy’s mornings in the Arena, today she loudly enjoyed willing herself through her mixed cardio routine. Deviating from his usual routine of holding up the wall was Laycon who seemed to be thoroughly engrossed in his walk and talk with Wathoni. 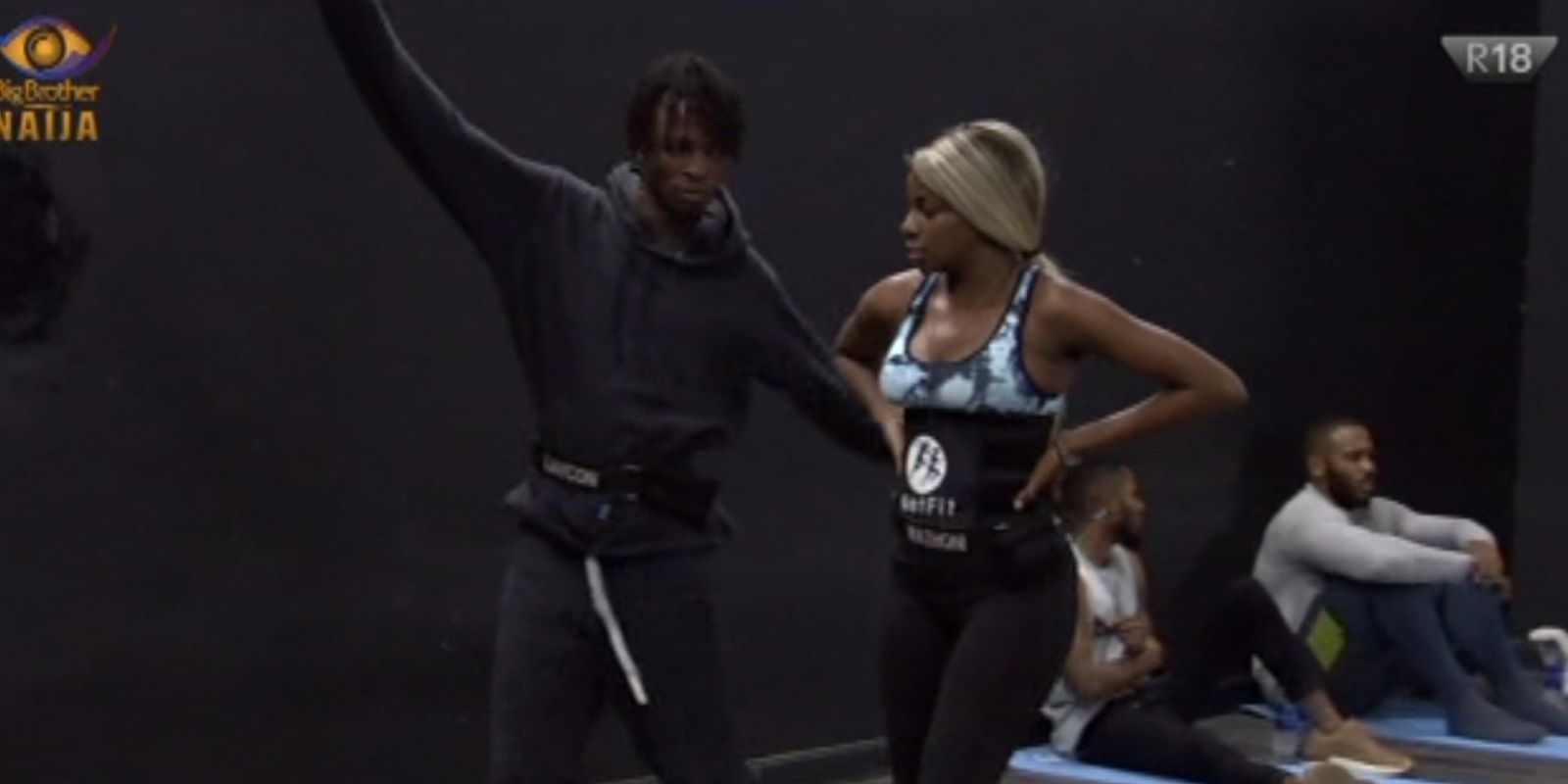 The end of the work out saw the majority of the Housemates join Dorathy in resting on the bench. Perhaps they spent so much energy cooking delicious Indomie yesterday that there was very little left for sweating today. As long as they continue winning and giving us great moments like the wedding skit yesterday, then we can forgive the Housemates for not leaving it all in the gym today.

Video
Day 29: Cross comes for Nini – BBNaija
Cross seems to be tired of being ‘just friends’ with the ladies and wants something serious. In a chat with Nini he expresses his affection for her and how he would like to ‘eat her’.
Video
Day 38: Housemates get on this Revolution – BBNaija
Housemates rehearse their jingles, sales pitches and skits for their Revolution Plus Property Task and we are here for this creativity.
News
Day 32: No sweat gym session
Gym time has become nap time for the Big Brother Housemates.
Video
Day 42: 'I'm tired of this $#it' - Kiddwaya
Once again Erica and Kiddwaya are having a disagreement about their relationship and where it is headed. After many makeups and breakups in the past week, will this be the final fight that ends it all?