News
25 August 2020
Today’s Task had the Housemates not only doing one of their favourite things in the BB Naija House - cooking Indomie, but also smiling to the bank with 4 million Naira.
SUBSCRIBE TO WATCH

The Lockdown Geng have won 4 million Naira in the Indomie ‘Share your Style’ cooking Task. Now, if you are quite familiar with the Lockdown Geng, then you’d know one of their favourite things to do in the House is cook and number one on the list of meals they love to make is Indomie. So, today’s Task was a delight to them as they stepped in the kitchen to cook up a tasty delicious meal for the Indomie ‘Share your Style’ cooking Task. Not only did they whip up a meal, but they also got to present it adorned in their rich native attire while sharing a bit about their respective culture and their cooking recipes.

After getting paired for the Task, each pair was asked to exchange their special ingredients with their partners and cook using the ingredients exchanged. Batch by batch they entered the kitchen to make their meals. Each batch made up of two pairs of Housemates had 30 minutes to make their meals and they hurried to make sure their meals were ready before the buzzer went off. 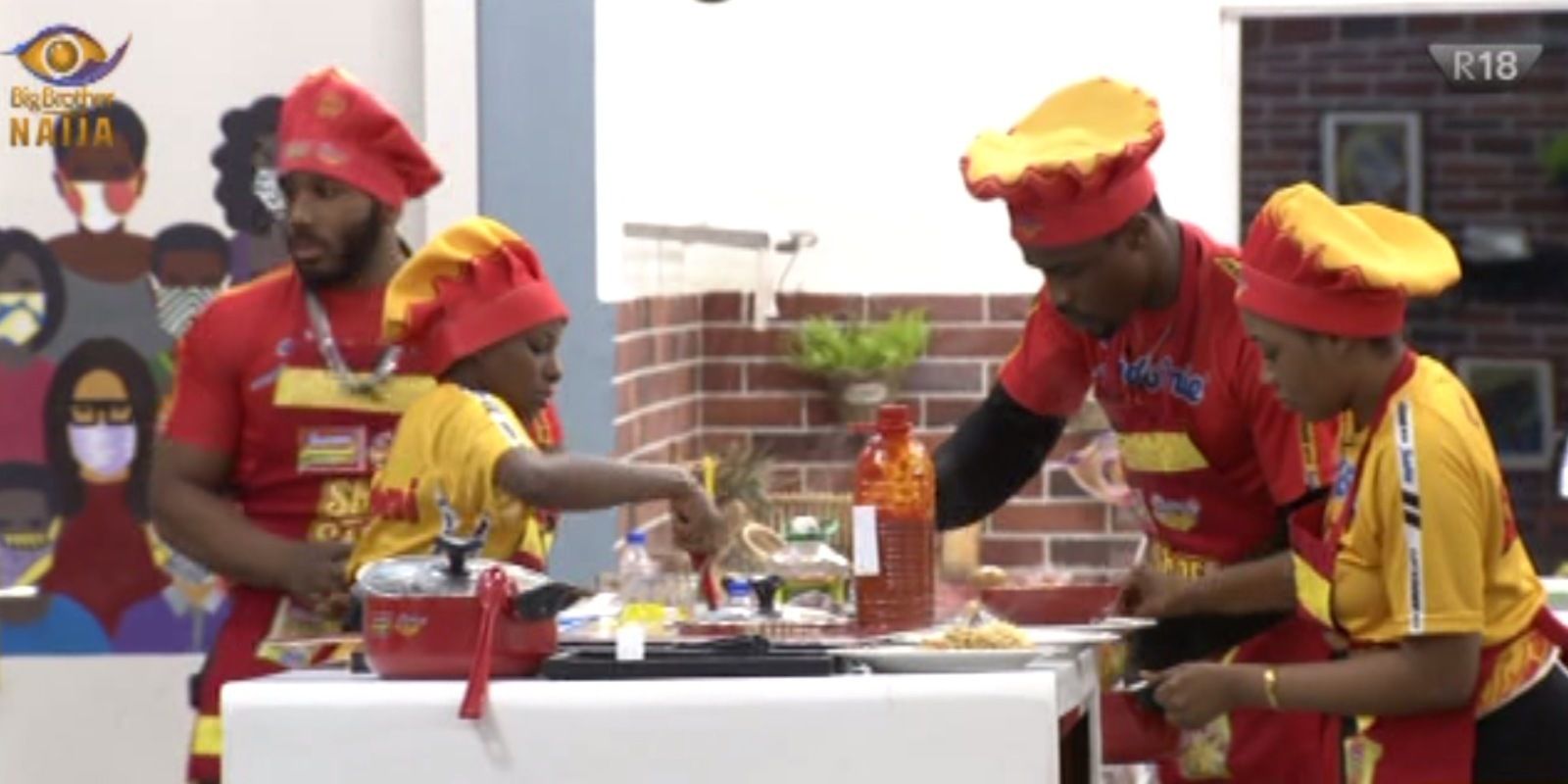 Dressed in their native attires, the Housemates made their way to the Arena batch by batch to present the dishes they made. First, they had to taste each other’s meals then share their culture and the recipe for the meal. They had 5 minutes to showcase their culture then score each other on how well they thought the meals represented their culture. Batch one consisting of Kiddwaya, Wathoni, Neo and Erica went first. With pride written boldly on their faces, the Housemates talked about their respective culture during their presentation. Batch two consisted of Lucy, Ozo, Tolanibaj and Trikytee.  Prince, Nengi, Dorathy and Laycon made up batch three while Vee and Brighto made up the last batch. On and on they all presented showcasing their meals with cultural flair.

Here’s how they scored each other.

Impressed by their exceptional performance, Biggie awarded them all the cash prize of 4 million Naira courtesy of Indomie. Each team got a total of 570,000 Naira, but the twist was the sharing formulae. The scores given to each partner was reversed so each housemate now had the score they gave their partners while their partners had the score they gave them. The prize money was then shared based on their respective scores.

Talk about a good day doing what you love and getting paid for it too. The Housemates keep adding to their stash of winning in the House and it doesn't seem like it's stopping anytime soon.

Video
Last round with EmmaRose – BBNaija
Tega confronts Pere about his lack of support for her. Cross apologises to Saskay and EmmaRose explain their relationship one last time.
Video
Tega and Boma come clean – BBNaija
While Tega explains her marital status and the perceived scandal between her and Boma, things between Beatrice and Maria become almost physical.
Video
Day 37: Whipping up a meal for the Indomie Task
First, the Housemates had to find ingredients before they made their way back to the kitchen to whip up a meal for the Indomie 'Share your Style' cooking Task.
News
Day 69: Cooking With Indomie And Don Jazzy
In the Indomie Cooking Challenge, every Housemate is a winner.