News
24 August 2020
The Big Brother Housemates all gave their best during today's gym session, and for some that meant doing nothing at all.
SUBSCRIBE TO WATCH

It's a rare occasion to see all the majority of the Housemates in Big Brother working out on the same day, let alone the same time, but today was one of those special days. It could be that yesterday’s Eviction put a fire under the Housemates and reignited their passion for success in all its forms.

Praise used to be the leader of the workouts and since his eviction yesterday, Neo has nominated himself as the instructor. He led a large group that included Vee, Ozo, Nengi, Erica, Dorathy, and Tolanibaj through a gruelling core routine that included crunches, planks and scissor kicks. Vee and Tolanibaj could be seen struggling to keep up with the pace and often took naps in the time sets were supposed to be done. They fared better than Dorathy who towards the end of the routine rolled up her mat and left. Could Dorathy’s exhaustion have anything to do with the restless sleep she had after attempting to cruise with Brighto? 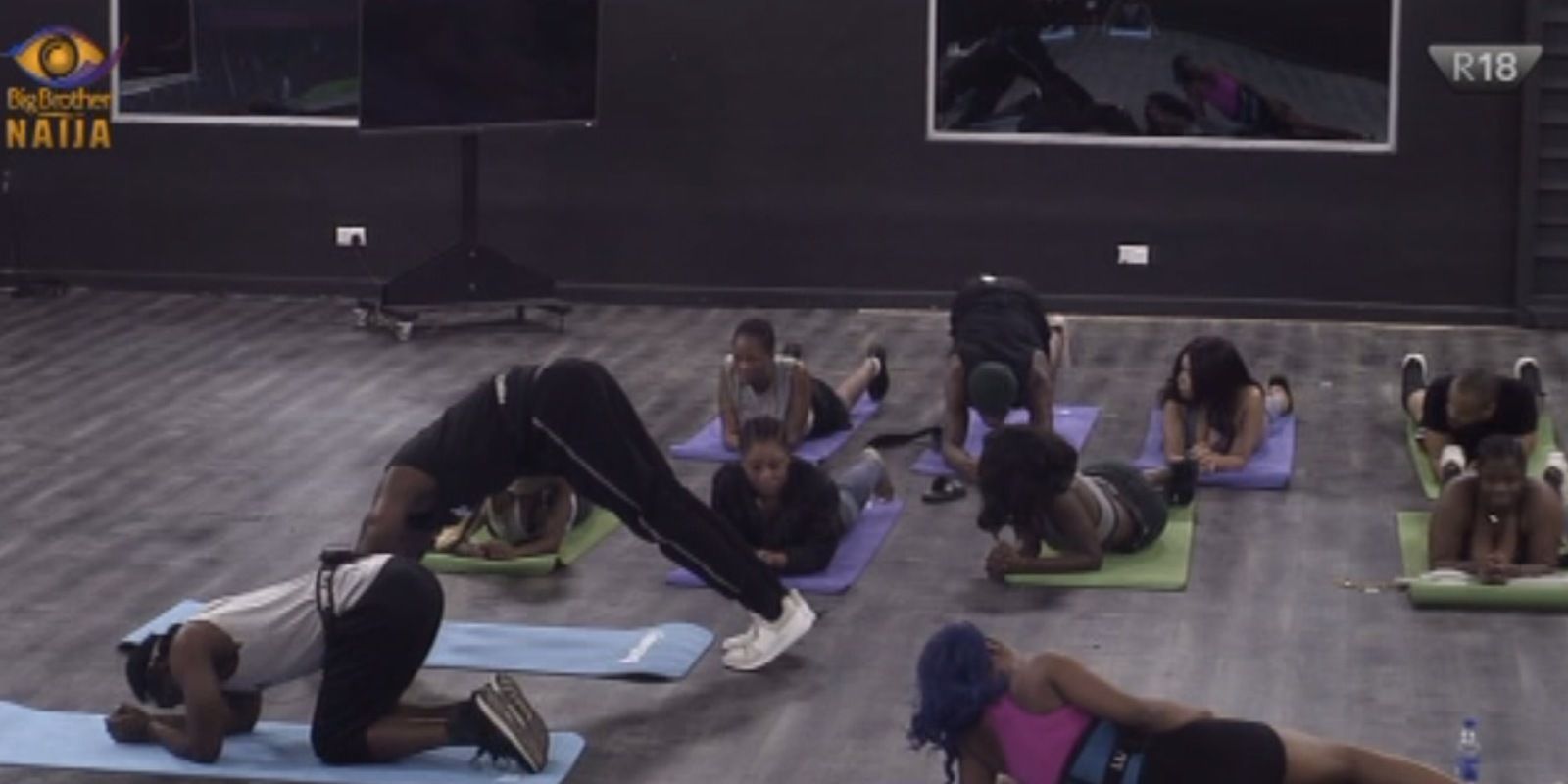 Kiddwaya and Brighto have grown fond of each other over the last few days and their comradery even spans into workout time. The pair spent the majority of their time doing sets of pushups and talking loudly so as not to get another strike for whispering. Also turning sweat time into buddy time was Prince and Trikytee. The gentlemen spent the majority of the session next to each other also doing pushups but without the lively conversation that Brighto and Kiddwaya enjoyed. 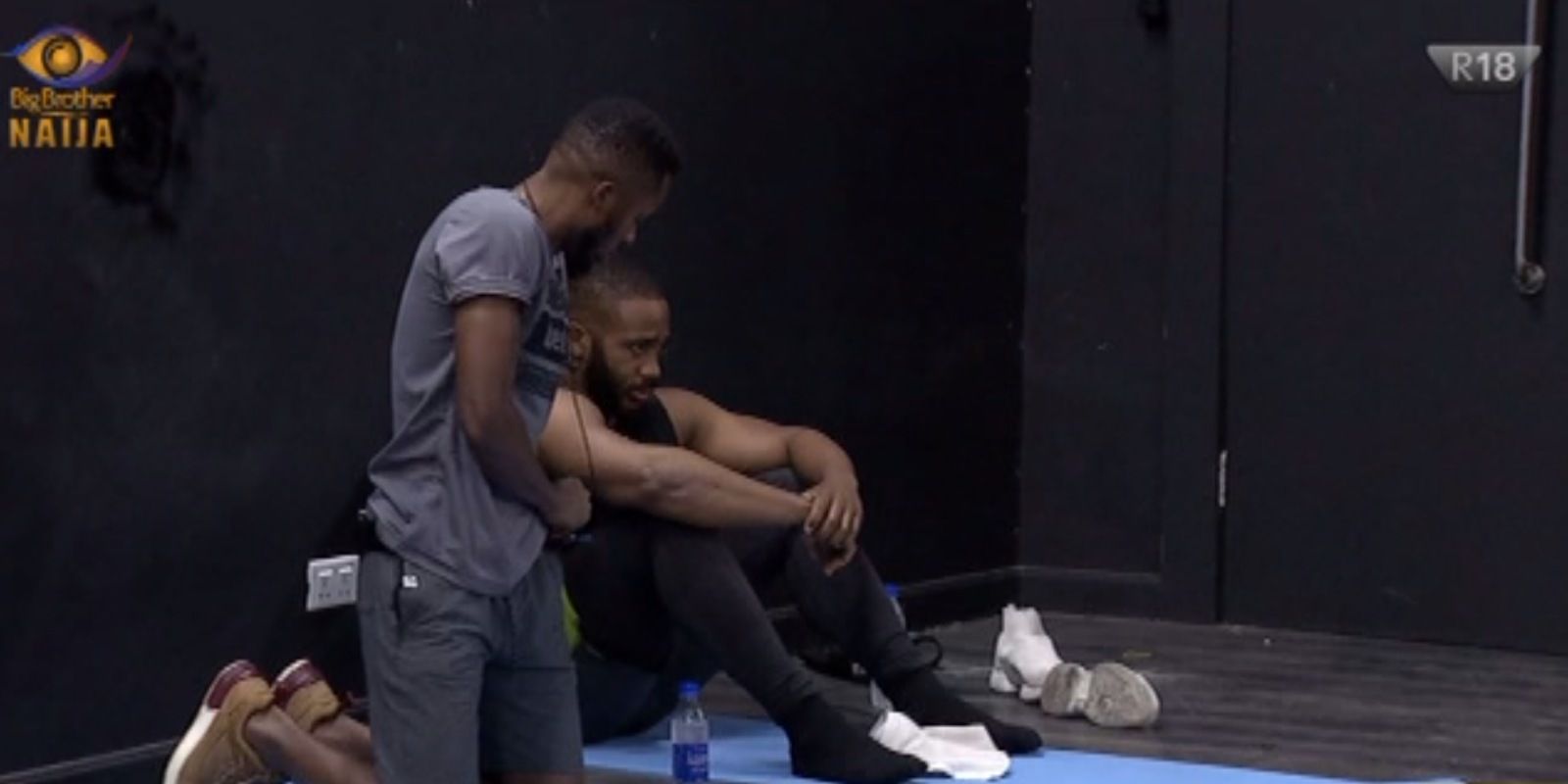 Of the people who did not join a group, or partner up, Lucy had the most tiring time as she willed herself through a spirited leg day workout. Towards the end of her session, she was joined by Dorathy who had just retreated from Neo. The pair finished off with some squats and on the spot sprints to end their exertions. 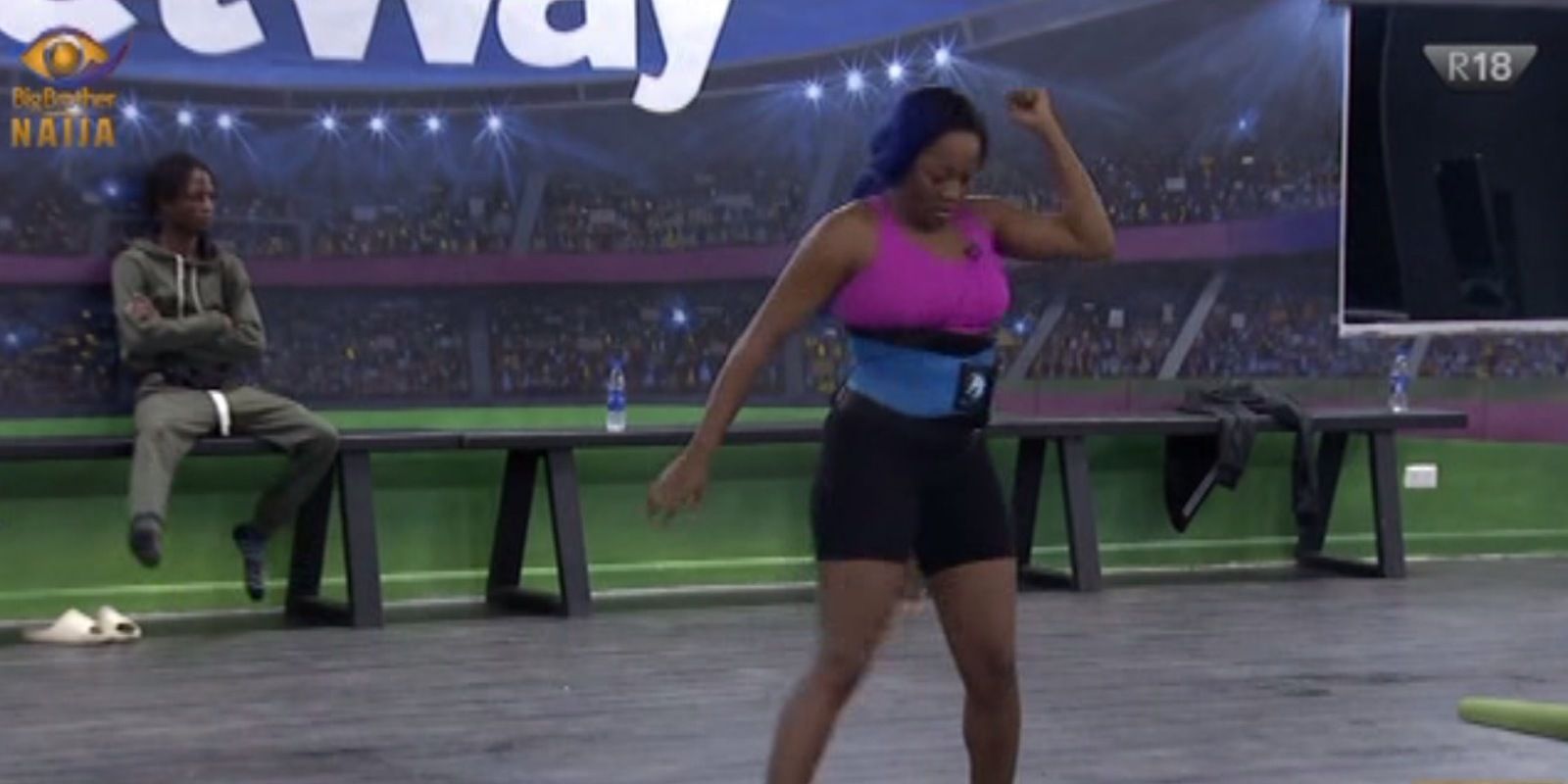 Also taking the solo approach to workout time was Wathoni who did her usual routine of brisk laps around the arena. There appeared to be more pep in her step and gaiety in her movements as she clocked up the kilometres, perhaps because she might have found a cruise mate in Brighto. Lastly, Laycon worked as always on his preferred muscle group, his glutes. The rapper once again spent his time on the bench watching others suffer and sweat.

It seems the loss of the resident gym instructor has made the Housemates all realise the same thing, that if they want to get anything done, they had better get working on it now.

Video
Live Show 11 - 26 Sep: Saga's Big Brother journey ends
On Saga's last day, we take a look at his stay in Biggie's House. While he had no intentions to fall in love, we think he’s one of the few that can say he’s found love in this season. His lively workout routine has kept the House fit though and we can't deny that he is the reason why the geng will maintain their summer bodies.
Video
Day 55: A Yoga session – BBNaija
Unlike their usual intense workout session, the Housemates got to breathe a little as they practised Yoga this morning.
News
Day 34: In the absence of workouts
What’s the Lockdown routine when there’s no compulsory morning workout?
News
Day 17: A Fine workout
A 'Fine' workout is what you get for being lazy in Biggie's House!