News
21 August 2020
Lucy disagrees with Vee, Tolanibaj, Laycon and Wathoni shows that she is more than just a trouble causer in the Big Brother Naija House.
SUBSCRIBE TO WATCH

Lucy has come out of her shell in the Big Brother House and though we see her happy and cheerful a lot of the time we also get a taste of Lucy voicing her opinion on matters that she feels strongly about. Tonight, while preparing food in the kitchen she voiced her feelings with Laycon, Tolanibaj, Vee about the Arena Games, which she thinks were unfair.

According to Lucy, some Housemates mixed up the box of balls after their rounds while others didn’t. The Housemates who didn’t have the balls mixed before their round had an unfair advantage as they wouldn’t have to struggle to find the correct balls to place atop the cones.

Lucy loudly voiced this issue to Laycon, Tolanibaj, Vee in the kitchen after the Arena Games were over. Vee tried to assure Lucy that nobody knew it was her turn, and therefore mixing the balls was not a malicious and calculated attack on her. Lucy retorted by asking: “Why didn’t they continue to mix up the balls?” 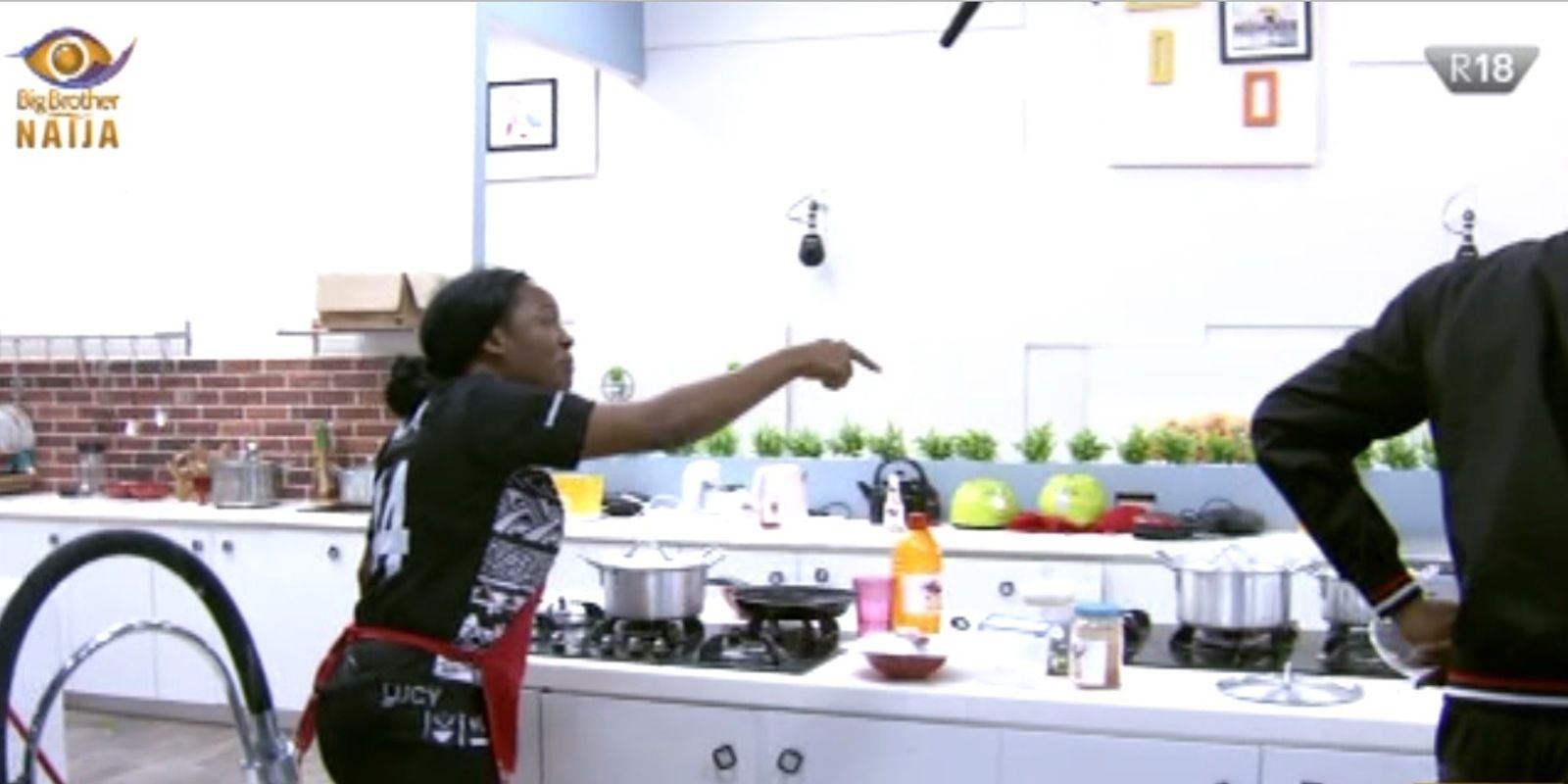 Wathoni and Tolanibaj agreed with Lucy that not mixing the balls gave the next player an unfair advantage, and this emboldened Lucy to continue with her argument. Lucy then stated that she didn’t care about winning as she wouldn’t want to be pampered by the Housemates and didn’t consider pampering to be as worthwhile a prize as a movie, for instance. Vee then said “I don’t think they did it on purpose”, but this only enraged Lucy more.

Lucy concluded the argument by telling the Housemates that they should treat her with the same disregard on the outside that they do inside the Big Brother House because she doesn’t forget!

This fight may have been proof that Lucy isn’t looking for random fights, and may only argue when she experiences unfairness. Lucy isn’t scared to stand up for herself whenever necessary and that is a pleasure to watch, even if it might not be a joy to deal with for the other Big Brother Housemates.

News
Day 57: Housemates lose their goldfishes – BBNaija
The Housemates have their fish taken from them and they seem unbothered.
Video
Day 47: Bracing up to lose faves – BBNaija
Angel and Saskay are pondering the emptiness and boredom they will have to contend with should their favourite Housemates leave the House before them.
News
Day 33: All Praise to the winner
The Betway Arena Games gave the Big Brother Housemates another chance to turn a little luck and skill into a huge win.
News
Day 46: Lucy versus the Geng
An altercation sparked off as Lucy refused to join Kiddwaya's team.