News
18 August 2020
Today, the Lockdown Housemates unleashed their Fuji, Appala, Reggae and R&B skills as they took us on a musical ride in the Task, courtesy of Airtel Nigeria. Let’s see who sang their way to victory.
SUBSCRIBE TO WATCH

As a way of promoting the *444# code, Airtel has also created a unique and lively song for the product. On this note, their Task for today, was to further entrench the song in the minds of the populace by simply creating their own rendition of the song.

The teams according to the order in which they presented

They opened the floor in tonight’s presentation and entertained us from the second they began. First, Neo and Wathoni put on their acting caps as they explained that any other network asides Airtel, is a counterfeit. Next, Ozo and Dorathy joined the team as Dorathy gave us some fuji rap; who would have thought that she could give 9ice a run for his money? 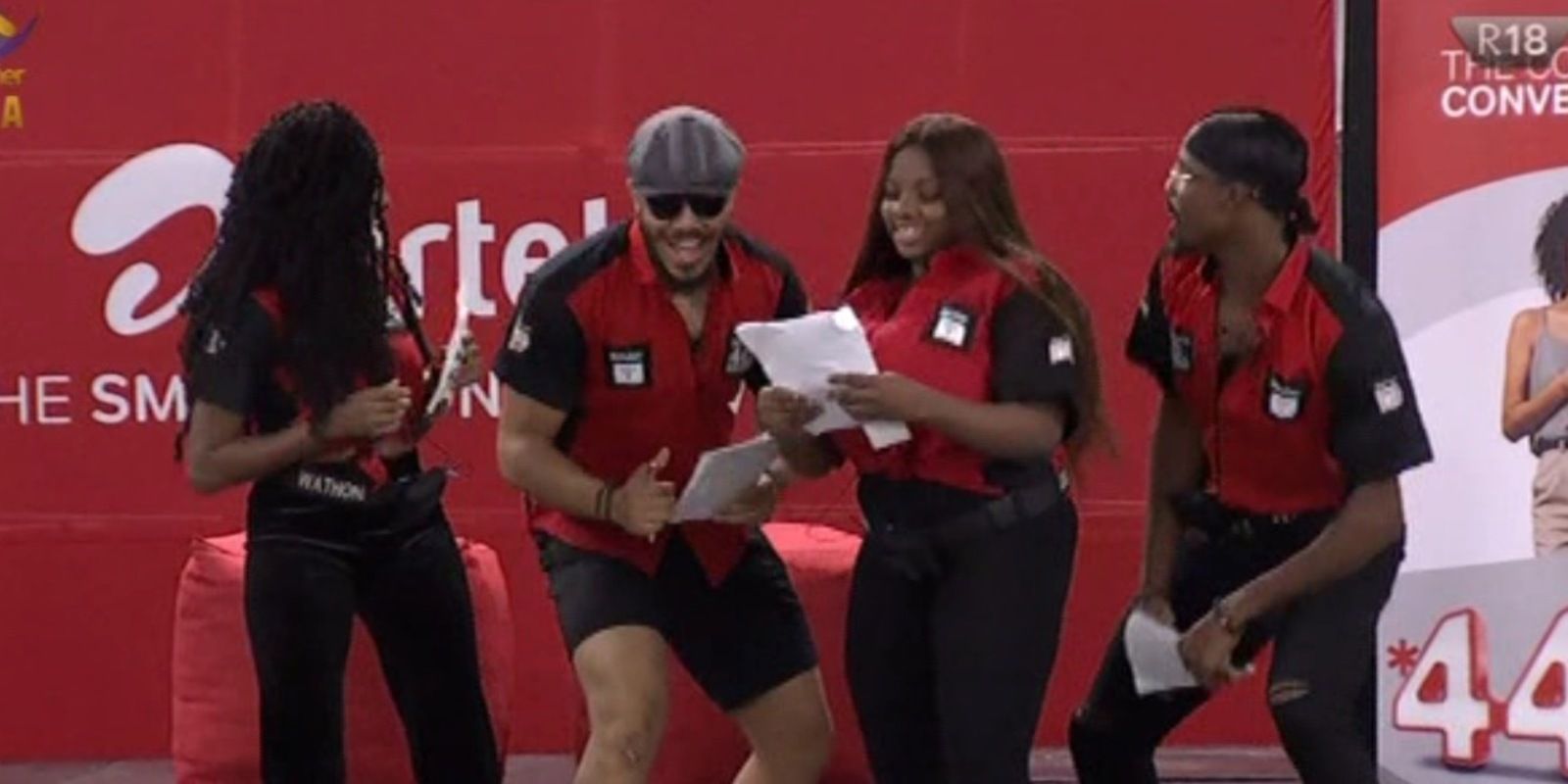 What happens when you put two amazing artistes in a team? Pure entertainment! With this team, it was no surprise seeing other Housemates join the performance as they sang and dance along to the rhythm. Starting with Vee’s song rendition, team two gave us an amazing song and then when Laycon jumped on the beat with a drum and fuji vibes, it was tempting not to dance. Nengi and Tolanibaj also gave us some ‘ajasa’ and twerks.  One question, how were they able to combine all genres of music into their presentation? We need lessons abeg! 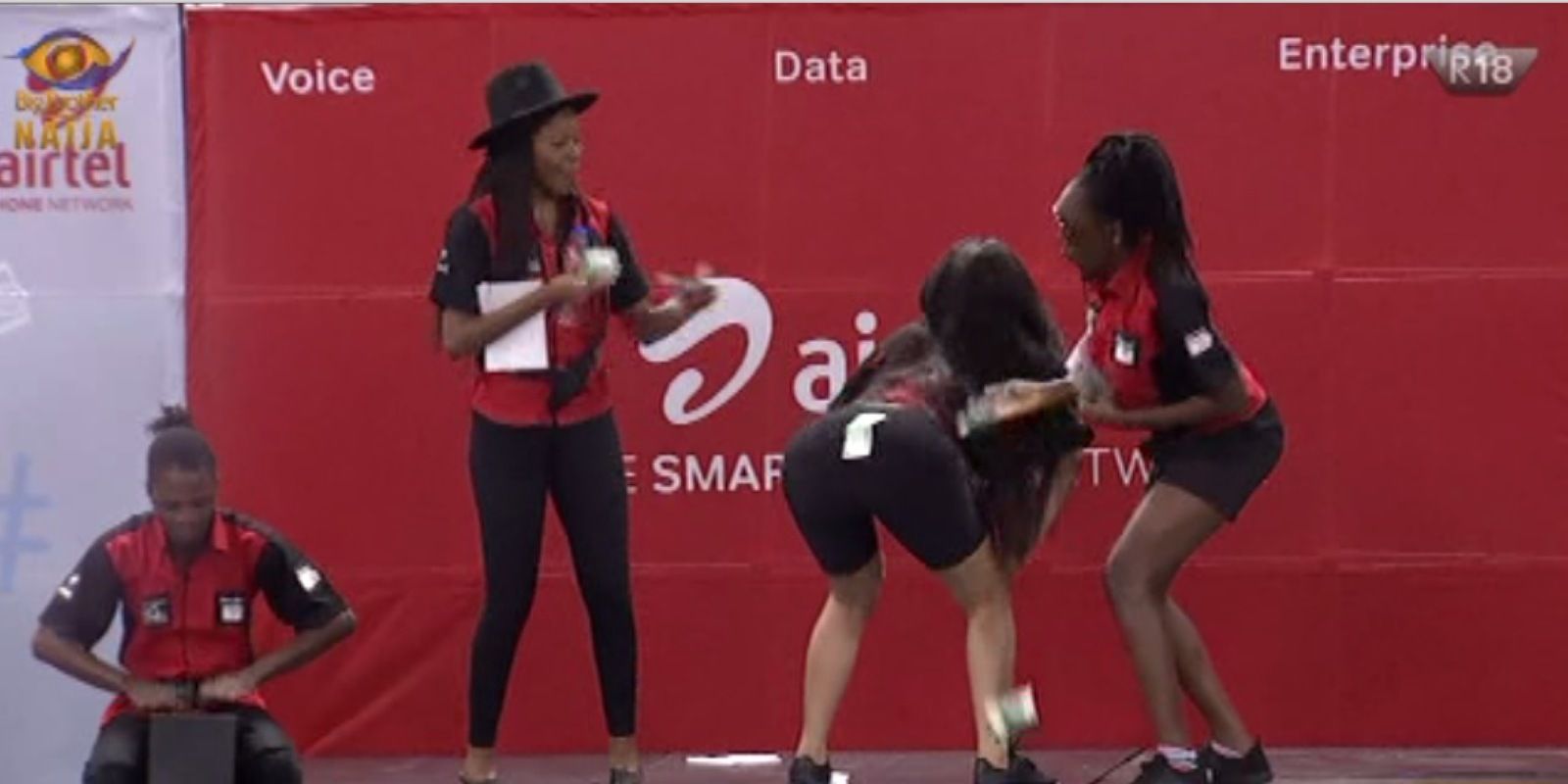 Lucy started off the team’s presentation with some singing as the others joined her in the performance. They did not only come to show off their singing skills, the members of team three put their backs into the presentation as Praise, Brighto and Prince danced to Lucy’s rhythm. 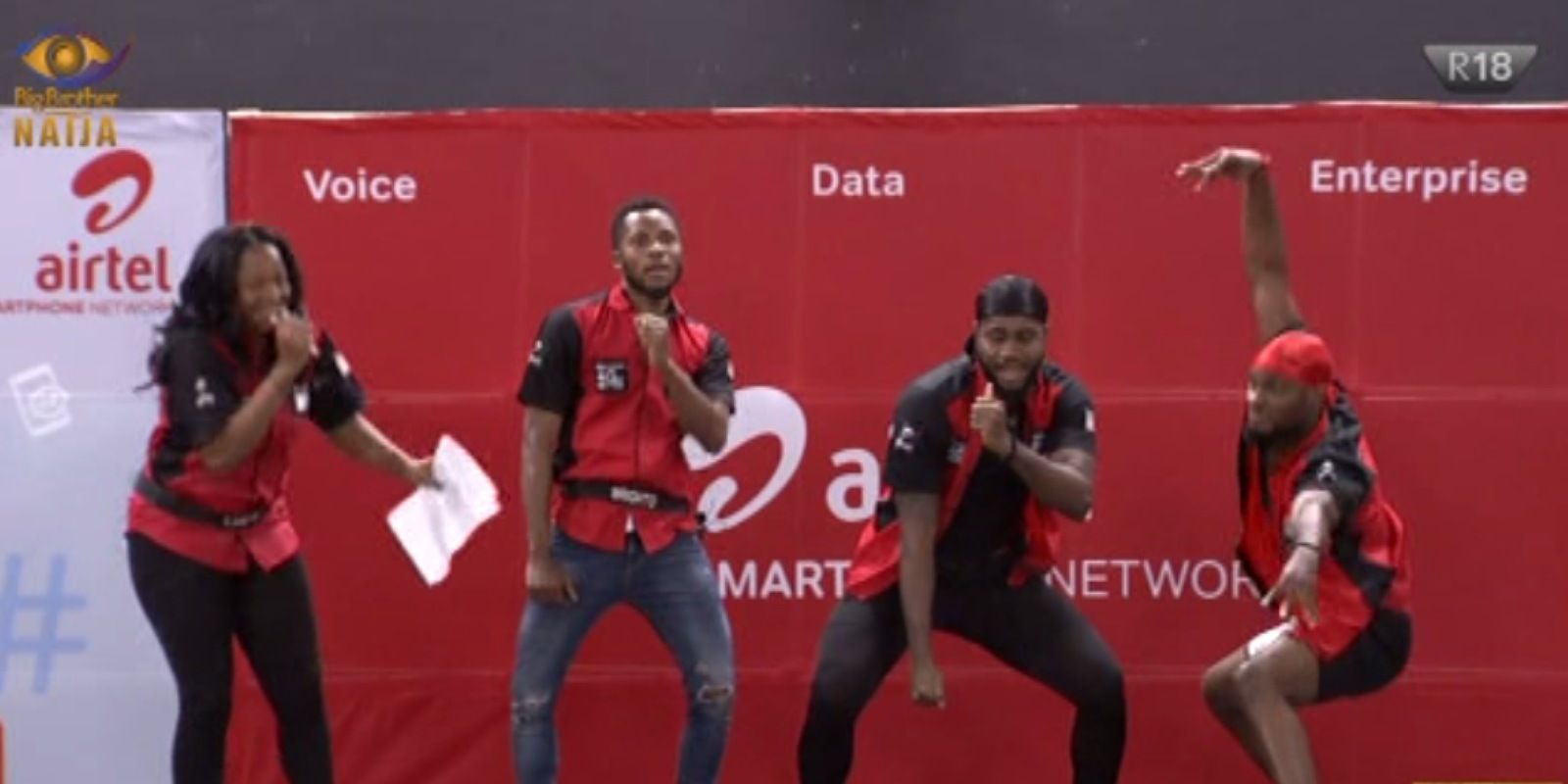 Kiddwaya climbed on stage with so much confidence as he took us through a brief summary of their presentation… until things went south and lines were forgotten. Nonetheless, we didn’t fail to recognize Erica’s singing abilities and also how Trikytee tried within his power to salvage the situation. Let’s just say their performance was truly an entertaining one as they gave us comical relief. Or could everything just be a part of their drama? At least they gave us some mad shaku shaku 🔥 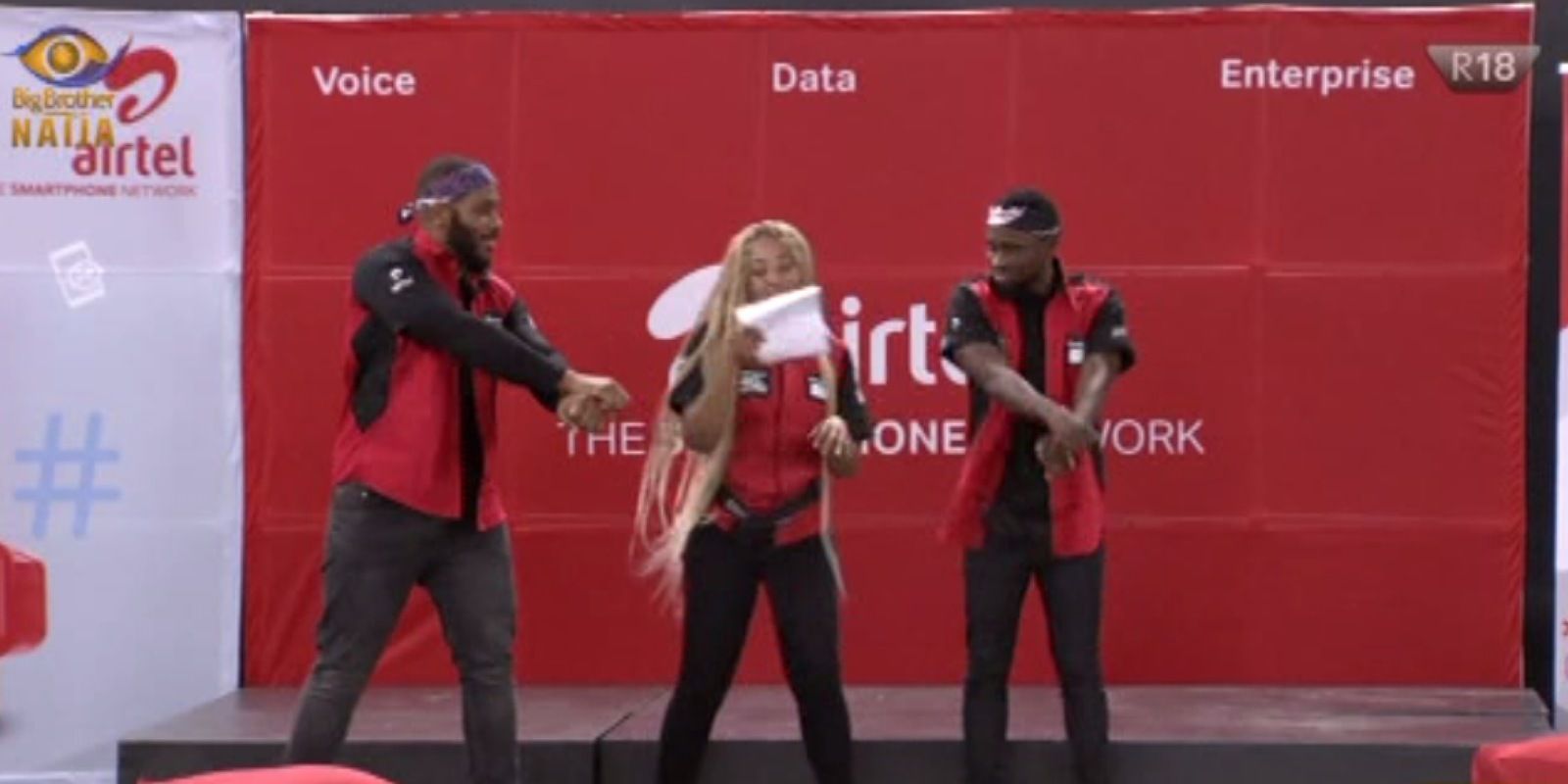 A charity win for team 4 meta

Biggie gave the winner's brief to Kiddwaya and the winning team was announced in the Lounge. Congratulations to team 4 meta on winning two million Naira, which will provide materials worth the amount to any charity cause of their choice.

While we wait for Airtel Nigeria to release this jingle on all music platforms, let’s keep dancing to “444 is a metaphor”.

Video
Day 67: Sharelympics Charade – BBNaija
Part of the Airtel Task was the Charade game and the geng had an interesting time mimicking fellow Housemates to score points.
Video
Day 60: A beta drama Presentation – BBNaija
The geng put their best food forward while making a drama presentation for their Travelbeta Task.
News
Day 30: The Airtel Nigeria song Task
It's time for another Task and the BBNaija Housemates have to sing their way to a victory.
News
Day 72: Team White’s Airtel Conquest
Courtesy of Airtel Nigeria, team white campaigned their way into a “Touching Lives” win.