News
18 August 2020
It looks like the Housemates will always fight about food in the Big Brother House.
SUBSCRIBE TO WATCH

You thought it was over right? It seems food wars will be a constant in the House as is to be expected with so many different individuals in one place.

Yesterday after Kiddwaya's magnificent HoH win he chose Tolanibaj to be his deputy, which she gladly accepted. This is not all, Kiddwaya is also the custodian of a big secret in the House which the Housemates do not know, and if he can keep it a secret, he is in for a reward from Biggie.

As his first order of the day, Kiddwaya decided that everyone should eat communally. This didn't go down well with all of the Housemates. Here's what happened when he made that announcement.

Why would they eat together?

Kiddwaya explained to the Housemates that when they ate together at the table in their first week in the House, they seemed happier. He told Tolanibaj that everyone should eat as a family, asking her to speak to the girls and he would speak to the guys. Many of the Housemates mentioned in the Diary Session earlier that they missed Ka3na because she cooked for everyone and now more and more people had to fend for themselves. Kiddwaya wanted to bring the camaraderie back into the House, which resulted in many people waiting beyond their normal eating time for food. 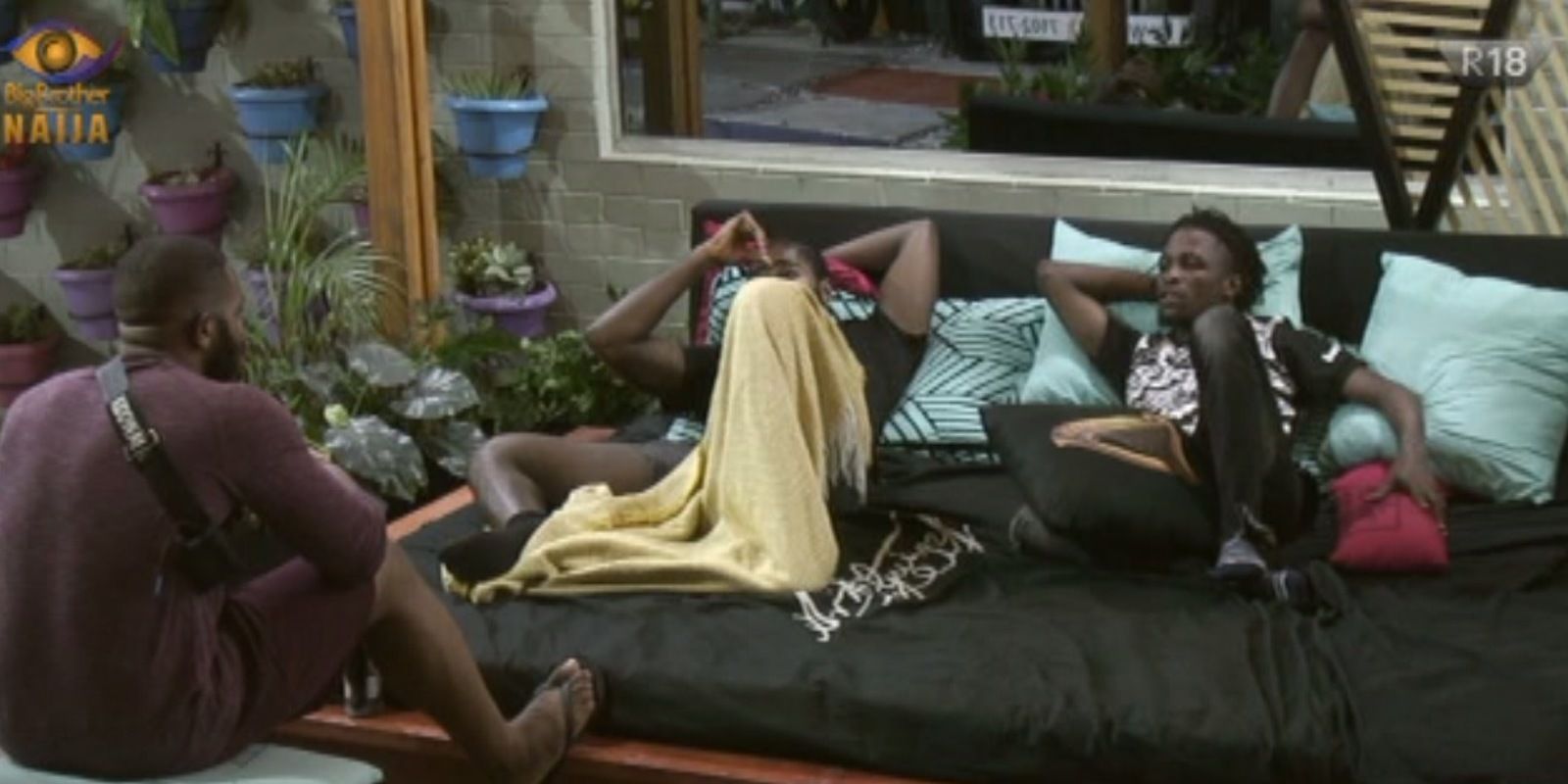 The guys were hangry

Kiddwaya went to talk to Praise and Laycon about the issue, telling them why he wanted to start this initiative. The guys were not welcoming of the idea at all as both of them were hungry. Laycon was very vocal, telling Kiddwaya that he could not wait for that one meal. The two told Kiddwaya that they wanted the process to be fair. It was not fair as it stood because there would be people who would cook for their friends. Kiddwaya tried to explain that during his regime, there would be communal food so that the Housemates could create some kind of solidarity. The fight got heated and in the end, Kiddwaya walked away from Praise who refused to calm down. 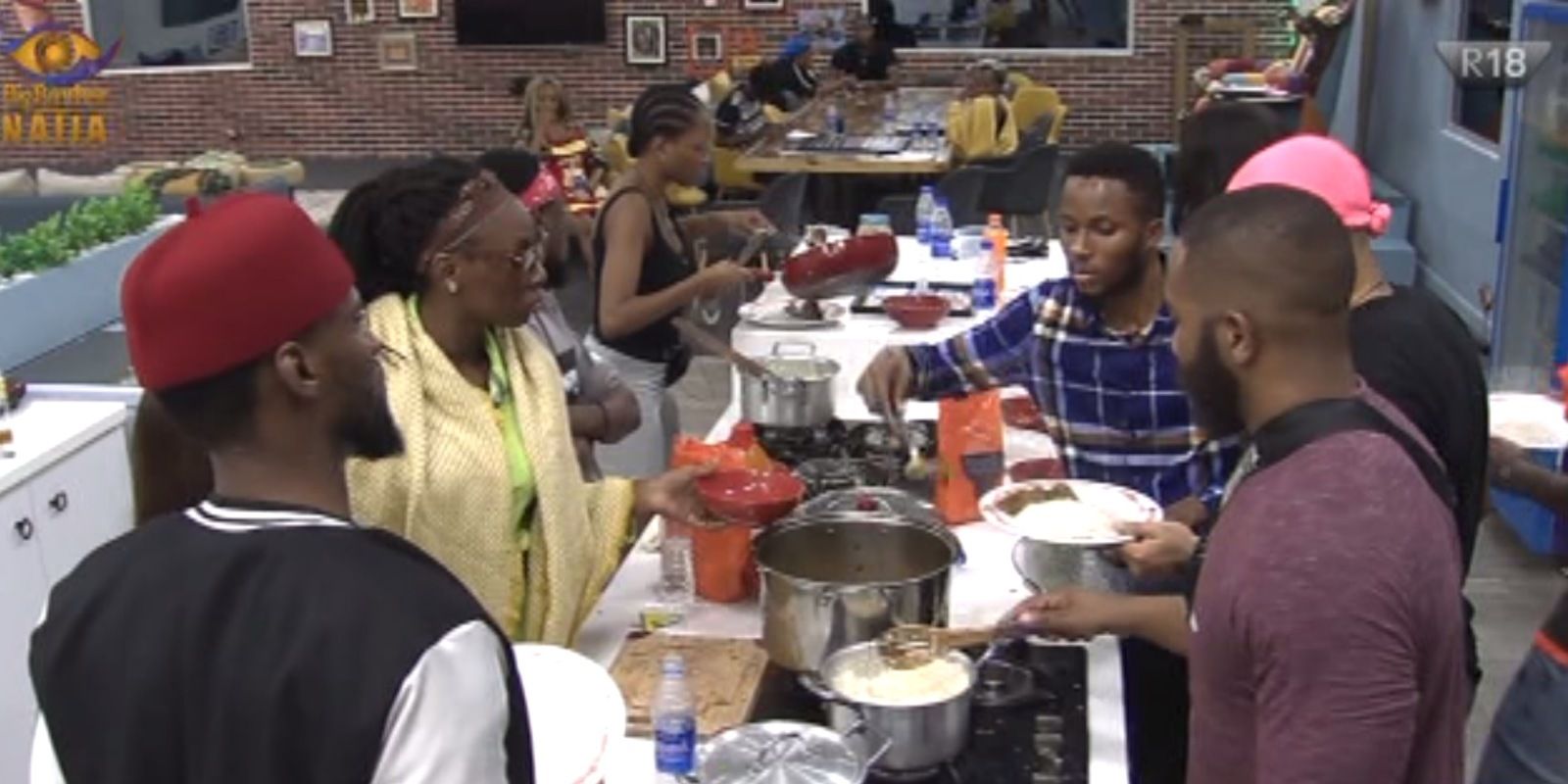 Confusion at the dinner table

When the time to dish came, the Housemates entered a state of confusion not knowing who was eating now or who was going to save food for later or tomorrow. During this confusion, it became clear that not everyone would sit at the table and eat together. Some ate at the table, others ate outside, others did not eat at all. It also turned out there was not enough food of each variety for everyone to get some and some had to make do with what was left. 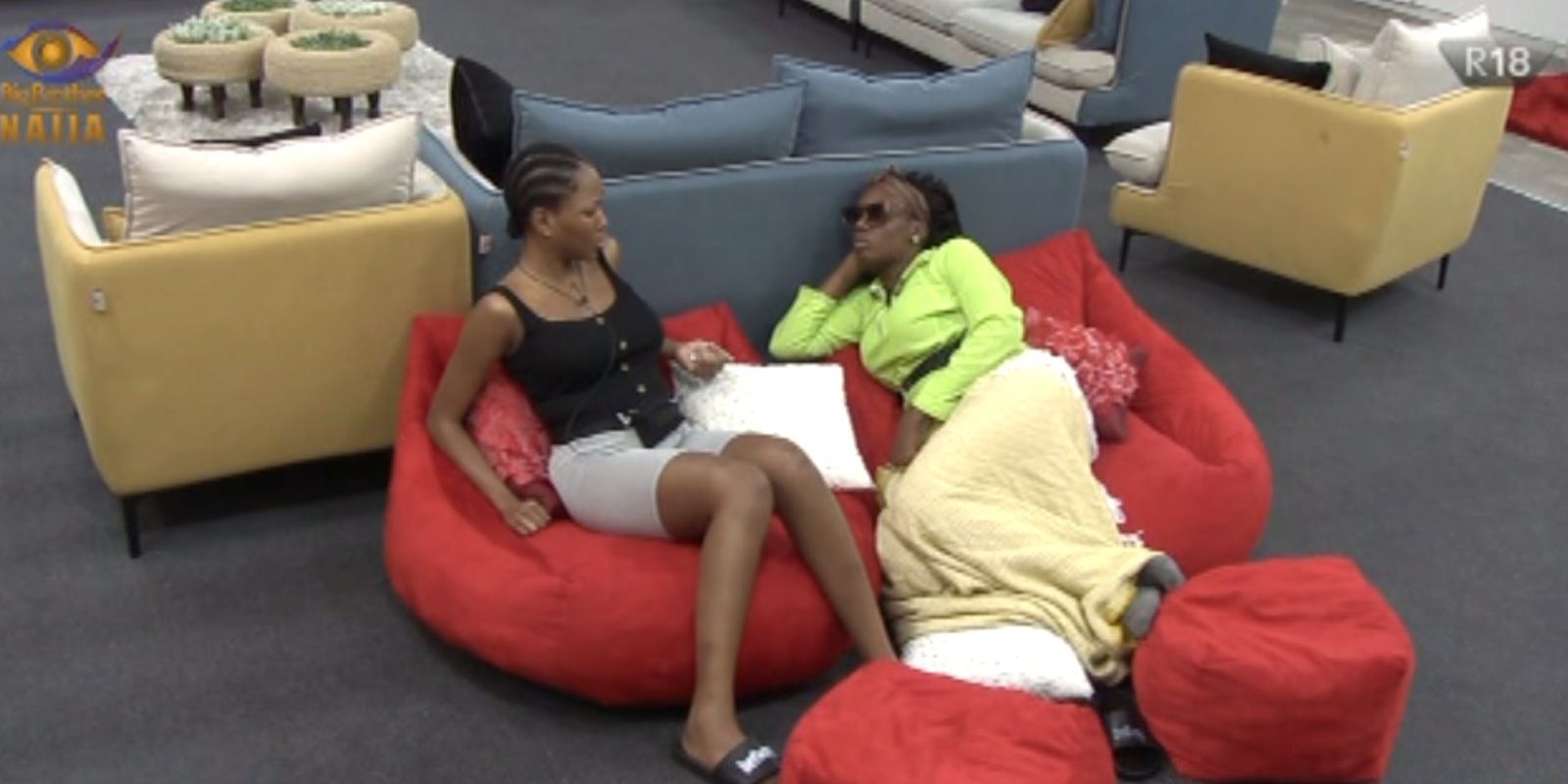 Whose food is whose?

Later in the evening while Praise and Laycon were still outside, Vee asked Erica where she had taken two stew packs. Apparently, while the Housemates were all trying to dish out food, Vee saw Erica take the stew packs to the HoH Lounge. The conversation looked like it was about to turn into a fight until Erica calmed the situation quickly by telling Vee that she only took portions to the HOH Lounge. Vee looked satisfied until she went to Tolanibaj and told her that she was very upset by the situation in general. Tolanibaj quelled the situation by telling Vee that she would talk to Kiddwaya about it in the evening.

Video
Day 8: A lowdown of the first Saturday Night Party – BBNaija
It is one thing for one Level to party by itself, but it's a whole different ball game when they all meet together for a party. Energies were high last night when both Levels met at the Saturday Night Party. They brought looks and vibes with them, and it made for an exciting party. Some Housemates crossed the floor to mingle with those in the other House. Doyin enjoyed Cyph's company, and Phyna gravitated towards Eloswag. Romance brewed, fights erupted, but the party was just that; a party.
Video
Day 14: Beauty and Groovy fight again– BBNaija
While other Level Up Housemates were having fun at the Saturday Night Party, Beauty and Groovy got into a heated argument in the Garden.
News
Day 24: Lucy and Erica fight and make up
Lucy and Erica get into an argument but make up later.
News
Day 29: More of the comeback Diary
Read more about the Housemates as they tell Big Brother who they would bring back to the season five House.