Tonight's HoH Challenge will be one to remember for Kiddwaya as he took the prize that saw him in the HoH lounge for the second week in a row. The challenge, as usual, was no easy feat- as you will soon find out. Erica sat this one out as she was the HoH last week and was therefore exempt from this week's Game. 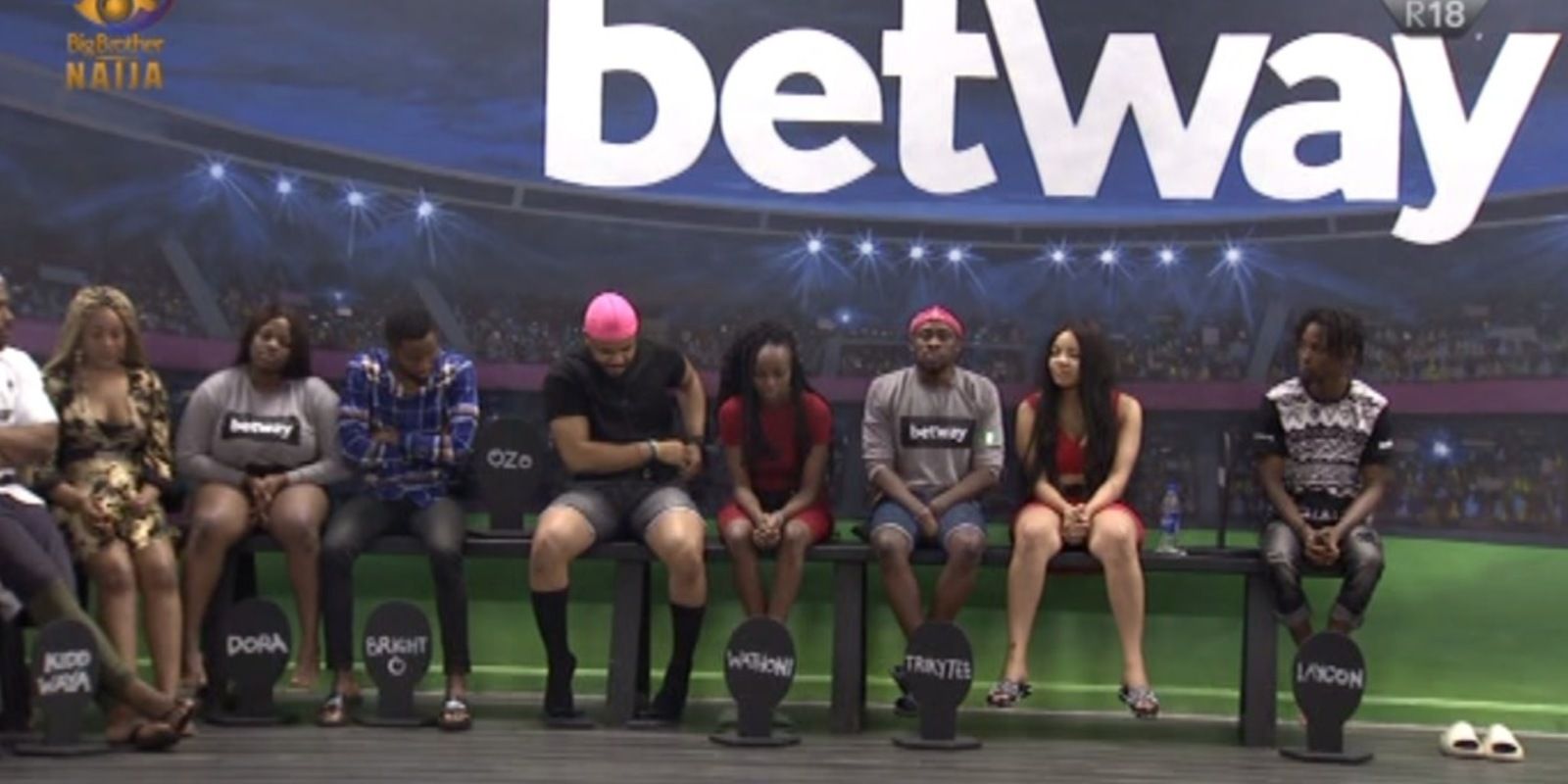 Biggie made an announcement before the Game began and told the Housemates that the new HoH pair would have the privilege of inviting one other Housemate each into the HoH Lounge. These Housemates would be allowed to hang out in the Lounge, but not to sleep there.

In one minute and 15 seconds, the Housemates would have to make it around the board with the following obstacles:

A. Pick and drop, where the Housemates suck a pompom through a straw and blow it out into a bowl.

2. The Popper, where they would pop the balloon before going back to the board. Step 3

3. The Putt where they would put a gold ball the golf ball on block 13

5. There was also a restart card and a game over card. 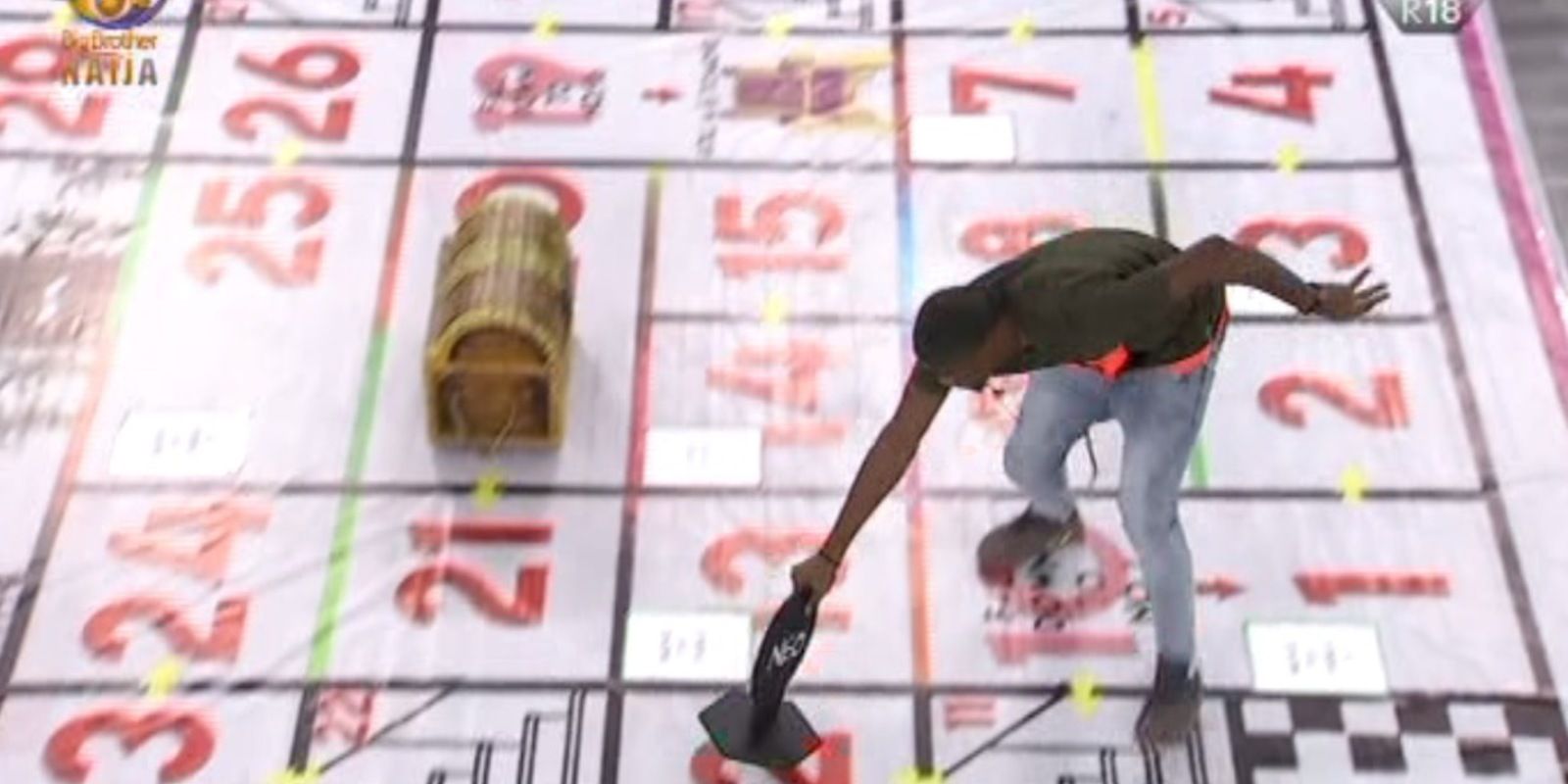 A mysterious chest sat on the board tonight where Biggie told the Housemates that to claim the gold in the chest they would have to land on step number eight. The chest would take them eight steps forward on the mat. This means: as long as they landed on step 8 before getting to the gold chest you must immediately move to step number 28.

The obstacles slowed us down

Housemates such as Wathoni, Dorathy and Brighto all fell victim to the very first obstacle in the game having to start on a back foot in comparison to the rest of the Housemates. They each picked their one pom pom and continued. The popper claimed Neo, Nengi, Ozo and Kiddwaya. Obstacle 23 claimed Nengi as she had to run and put the goofball into the hole, where he buzzer rang as she tried to get the ball in. Only Kiddwaya made his way to block 25 which contained the last obstacle. 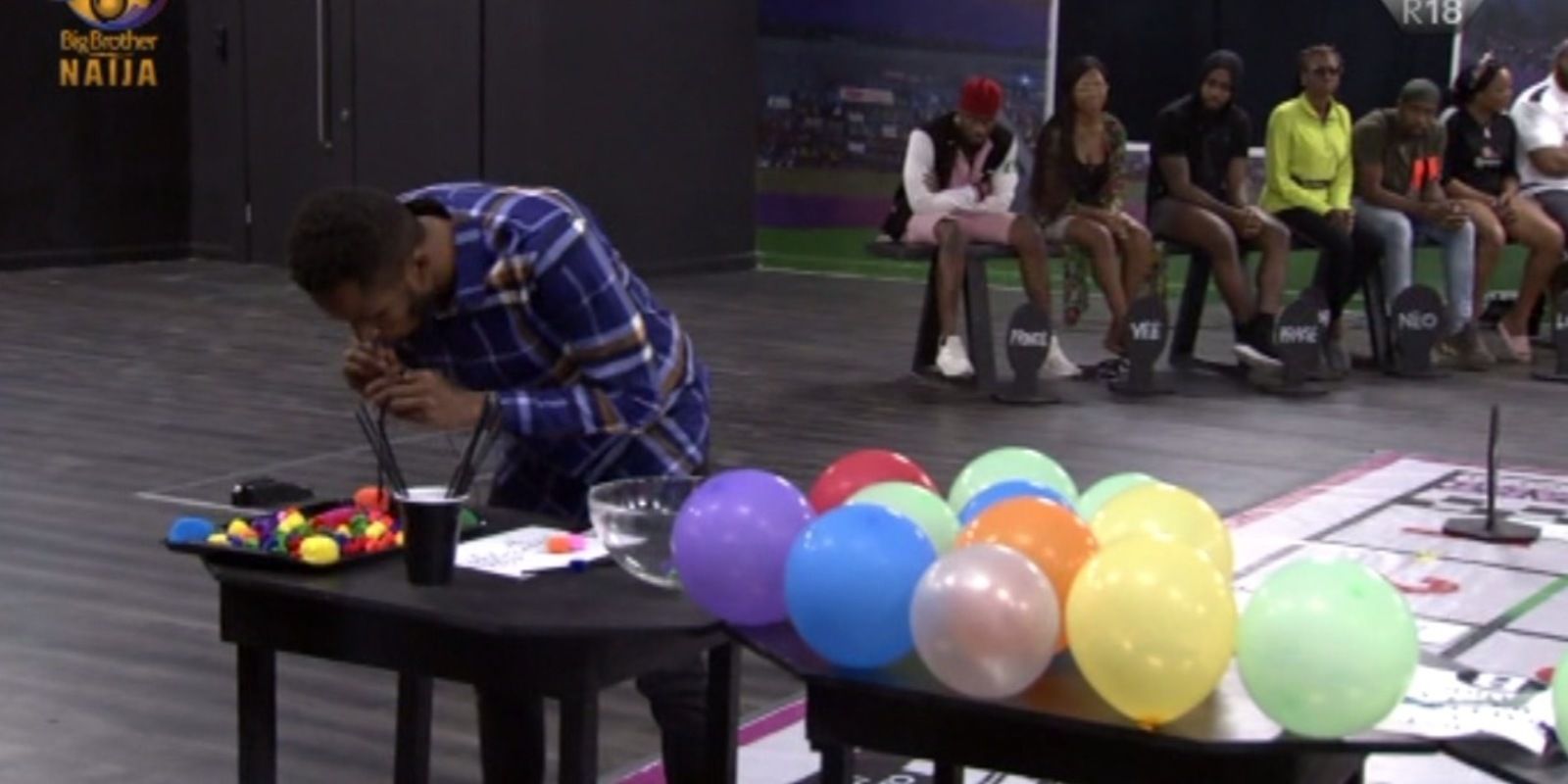 How far did they get?

Video
Day 23: Eloswag wins the HoH Games– BBNaija
Level 1 Housemate Eloswag keeps the title in his House once more as he wins in assembling a jigsaw puzzle and counting sticks.
News
Day 23: Eloswag wins HoH once again – BBNaija
The Level 2 Housemates are on the Nomination block again as Level 1 retains the HoH title
Video
Day 29: Kiddwaya Wins HOH Challenge
After very tight competition, Kiddwaya rises above to become HOH for the fifth week of Big Brother.
News
Day 69: ‘I liked Kiddwaya' – Dorathy
Dorathy confessed that she liked Prince, Brighto, and Kiddwaya this season. Could you have guessed?