News
11 August 2020
How do the Housemates fare under pressure to Win the Task for their teams?
SUBSCRIBE TO WATCH

Today the Housemates performed two Tasks as part of their Guinness Smooth Task.

As you may have read earlier, the Blue Team was Team Barley and it consisted of members: Lucy, Erica, Kiddwaya, Brighto, Trikytee, Vee, Laycon and Kaisha.

While the Black Team was Team Hops and consisted of members: Praise, Dorathy, Ozo, Neo, Wathoni, Tolanibaj, Prince and Nengi.

The second Guinness Task was the Guinness Smooth Hunt which consisted of five Tasks that the Housemates had to complete for a total of 100 points. 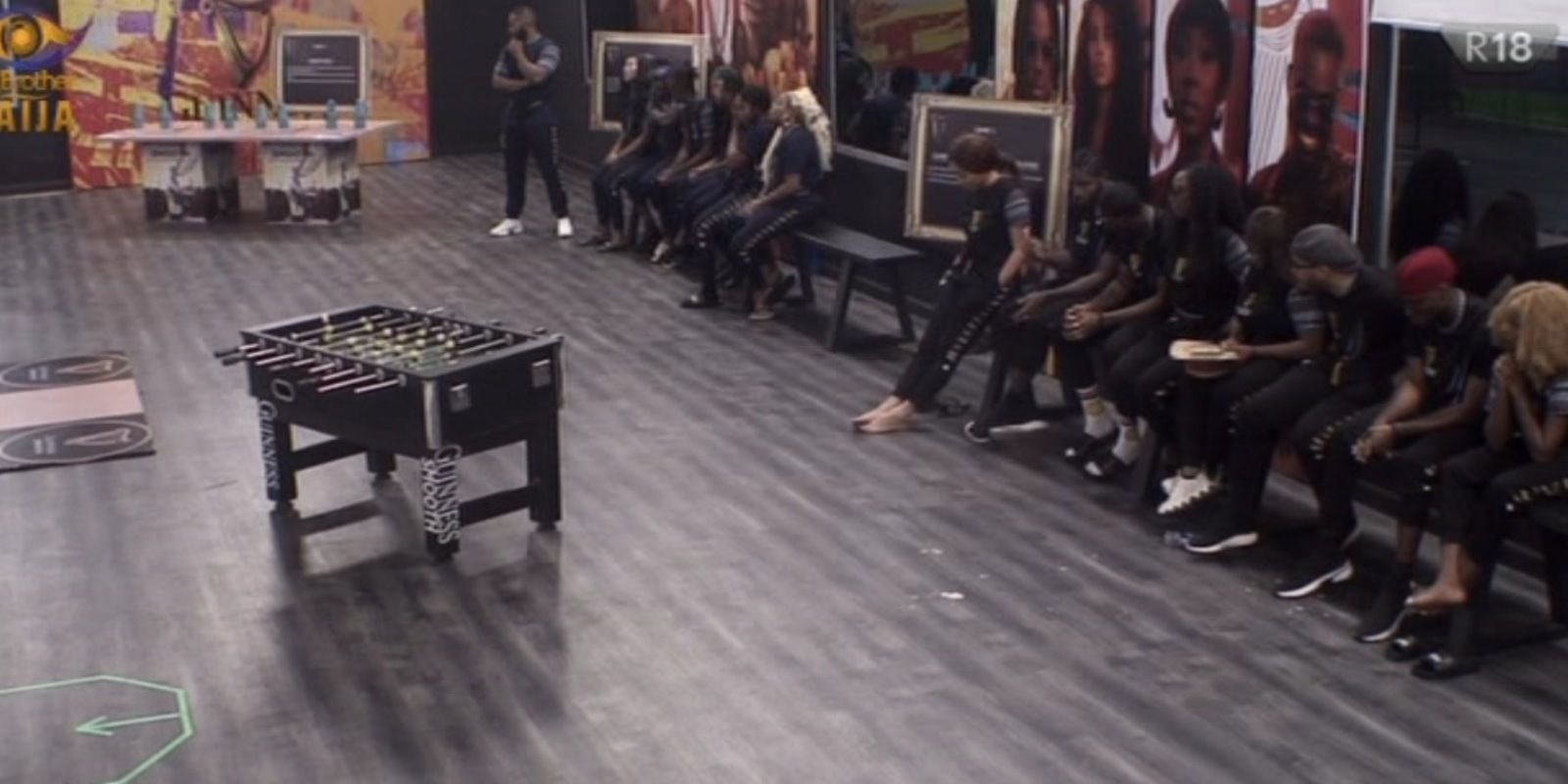 After taking a few minutes fo familiarise themselves with their surroundings, the teams were introduced to the five games they would be participating in during the Task. Each game was worth 20 points equally and only certain Team members would be participating at any given time. The instructions for each game were written on the boards next to the games in order for the Housemates to follow as they were selected to participate. 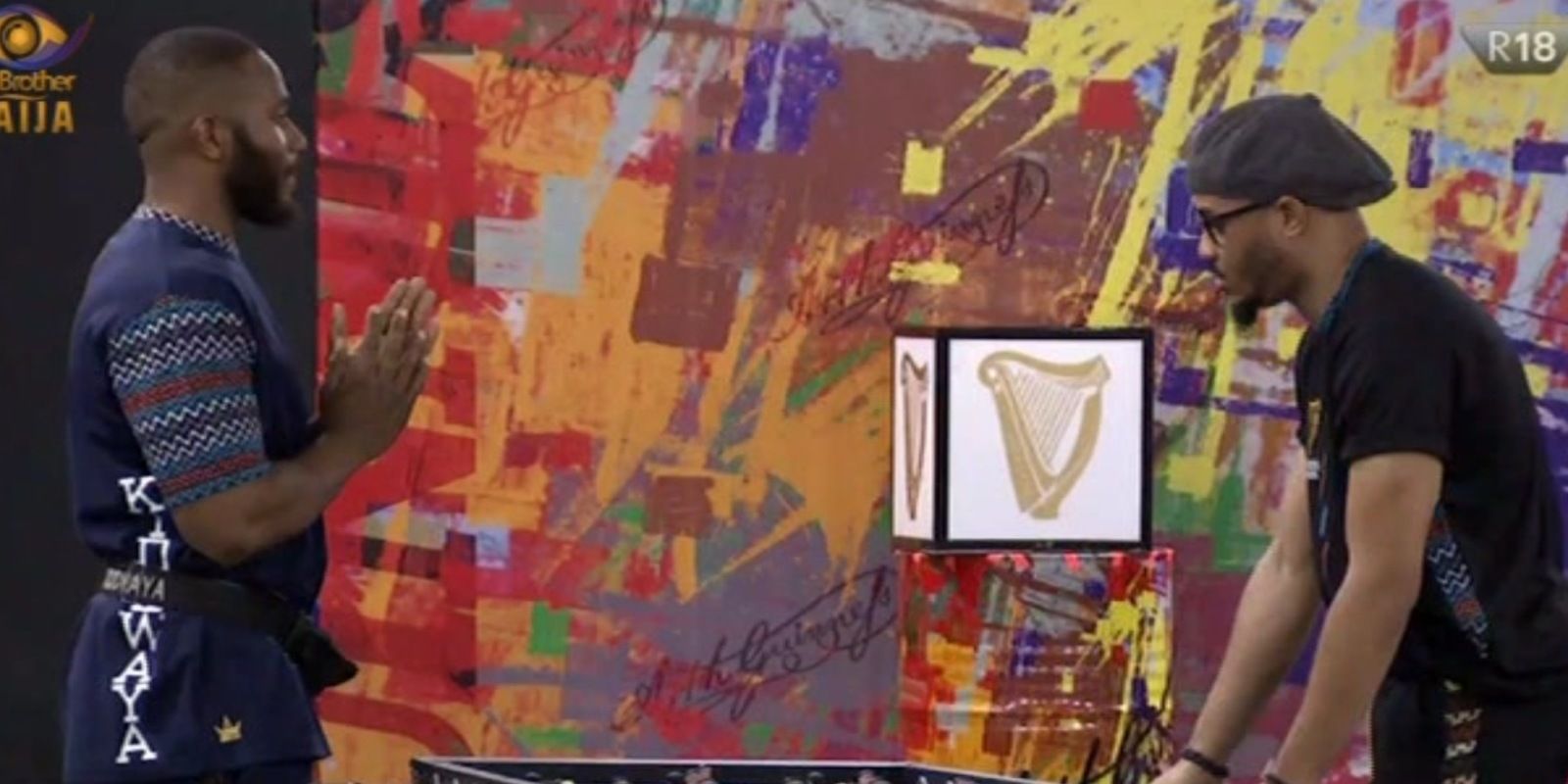 Ozo and Kiddwya represented their teams to face-off in the Foosball Challenge. The game was short and intense and was over almost instantly. Though the two Housemates seemed equally matched, there is always one Winner in a one-on-one game. Kiddwaya took one up on Ozo in a 2 -1 score, declaring a 20 point Win for Team Barley in the very first Challenge. 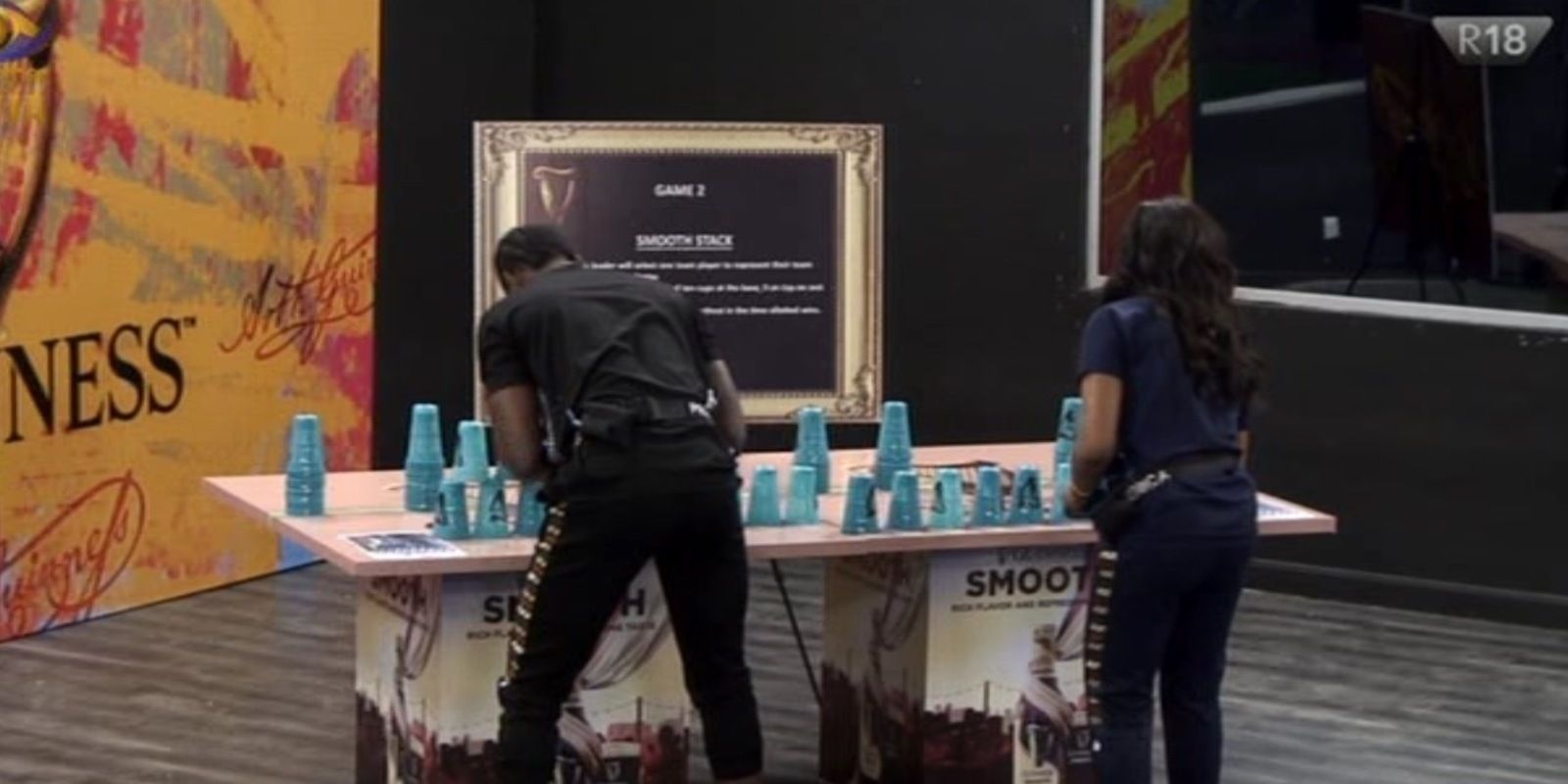 Moving onto the next challenge, Head of House, Erica took Praise on in a challenge to stack as many cups as possible on top of one another and secure a win for their Team. Though Erica was a worthy opponent, Praise stacked more cups and took the 20 points for Team Hops. 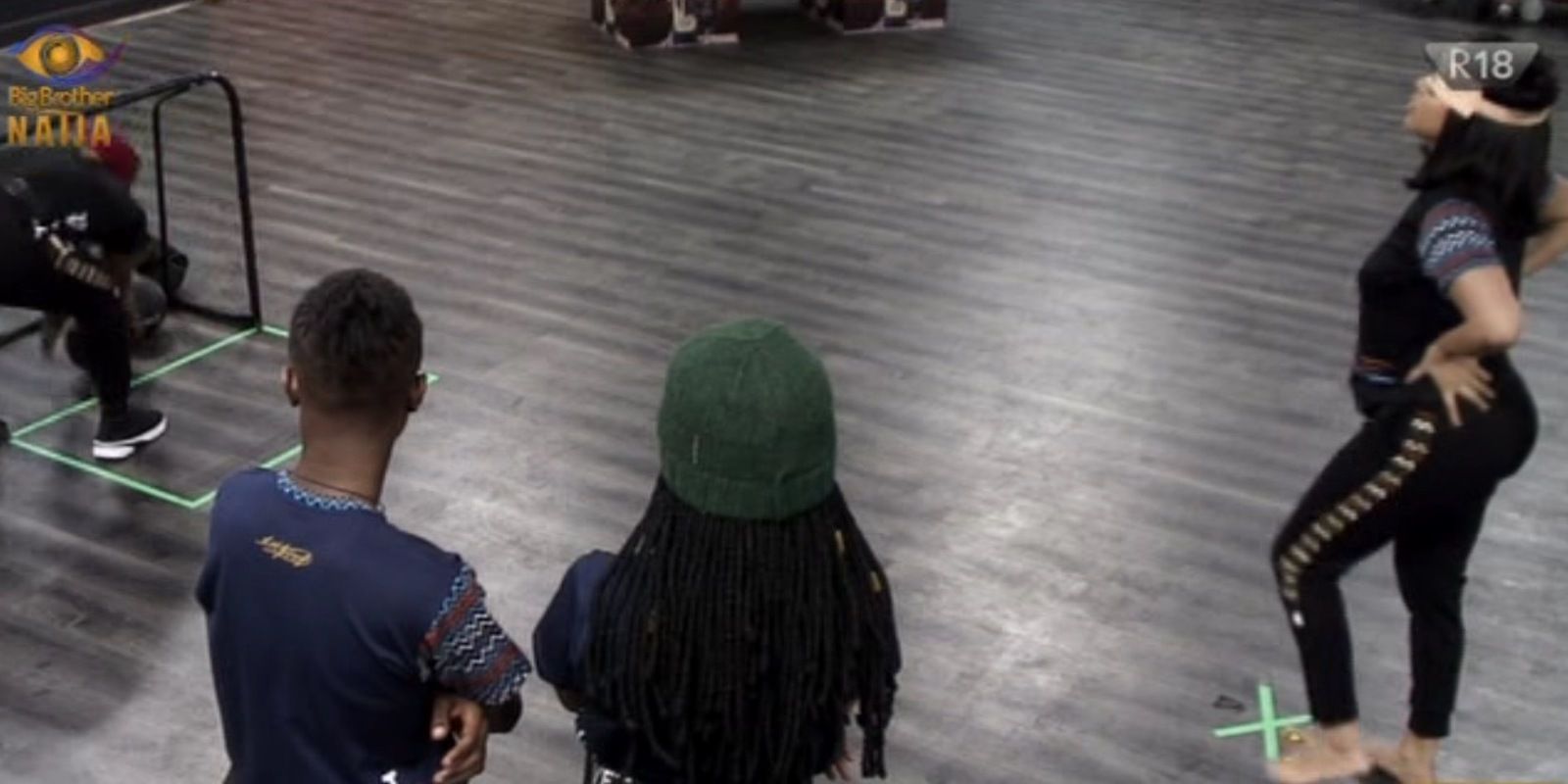 Nengi and Vee represented their respective Teams in this task where they had to score goals in the net- blindfolded. This was no easy feat. Both Housemates did an amazing job. Nengi began, and guided by Eric she managed to get through her Task with no issues. Vee took over and with the aid of Laycon telling her that she could do this, she managed to hold her own. Unfortunately, she lost her temper in the end after she heard a Housemate laughing in the background. Vee was upset because the laughter was distracting and disrespectful, she felt. Either way, she represented her Team and made them proud by winning the 20 points. 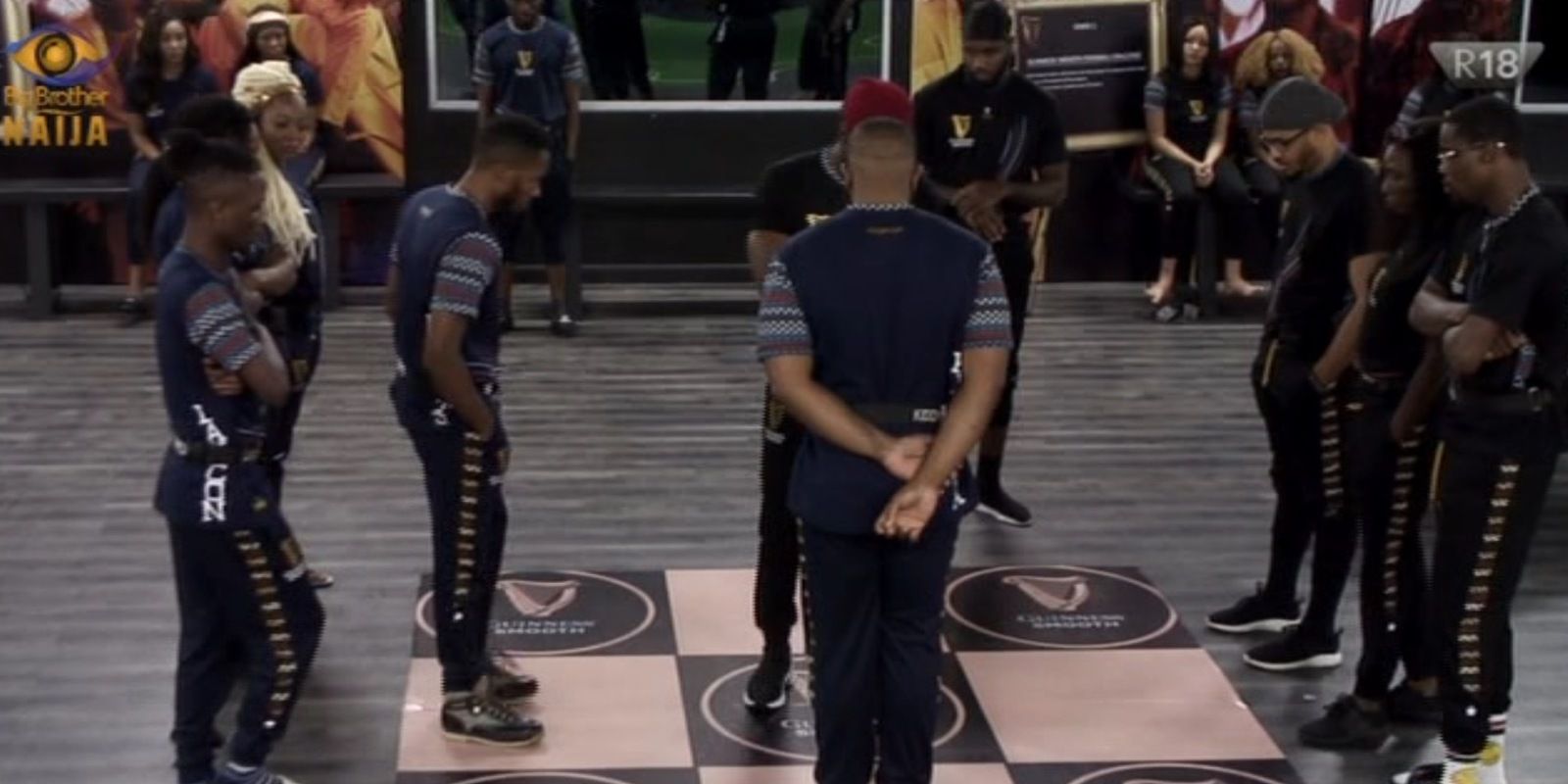 The Game of Tic Tac Smooth started off well but in no time, turned to confusion. Biggie stepped in, and in one swoop, reminded the Housemates that they were not to talk to one another during the Tasks, handed them out a final warning and pointed out that Praise had broken a rule. Praise had stepped in the same square as Kaisha earning the Housemates a freeze while Biggie assessed the situation. In the end, it was Team Barley who won the Task and Won the points. 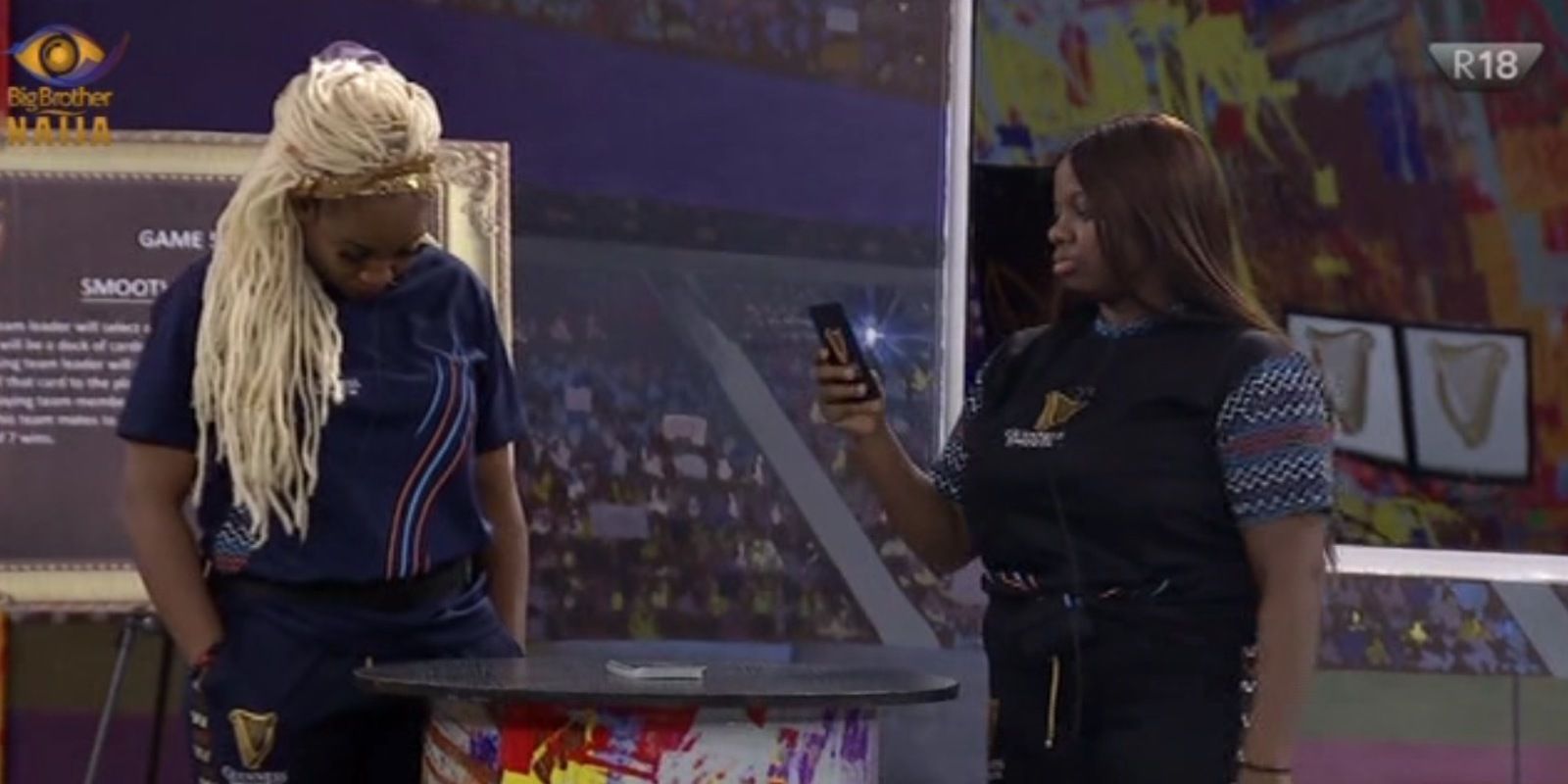 The Game of Charades caused Dorathy and Lucy a little stress in the beginning as they tried to figure out the rules of the Game. Once they did, they took to their task with vigour to try and get their Teammates to understand what they were describing, without using words. though the game was very intense, the ladies handled it with decorum, and eventually, it was Team Barley represented by Lucy who Won the points. 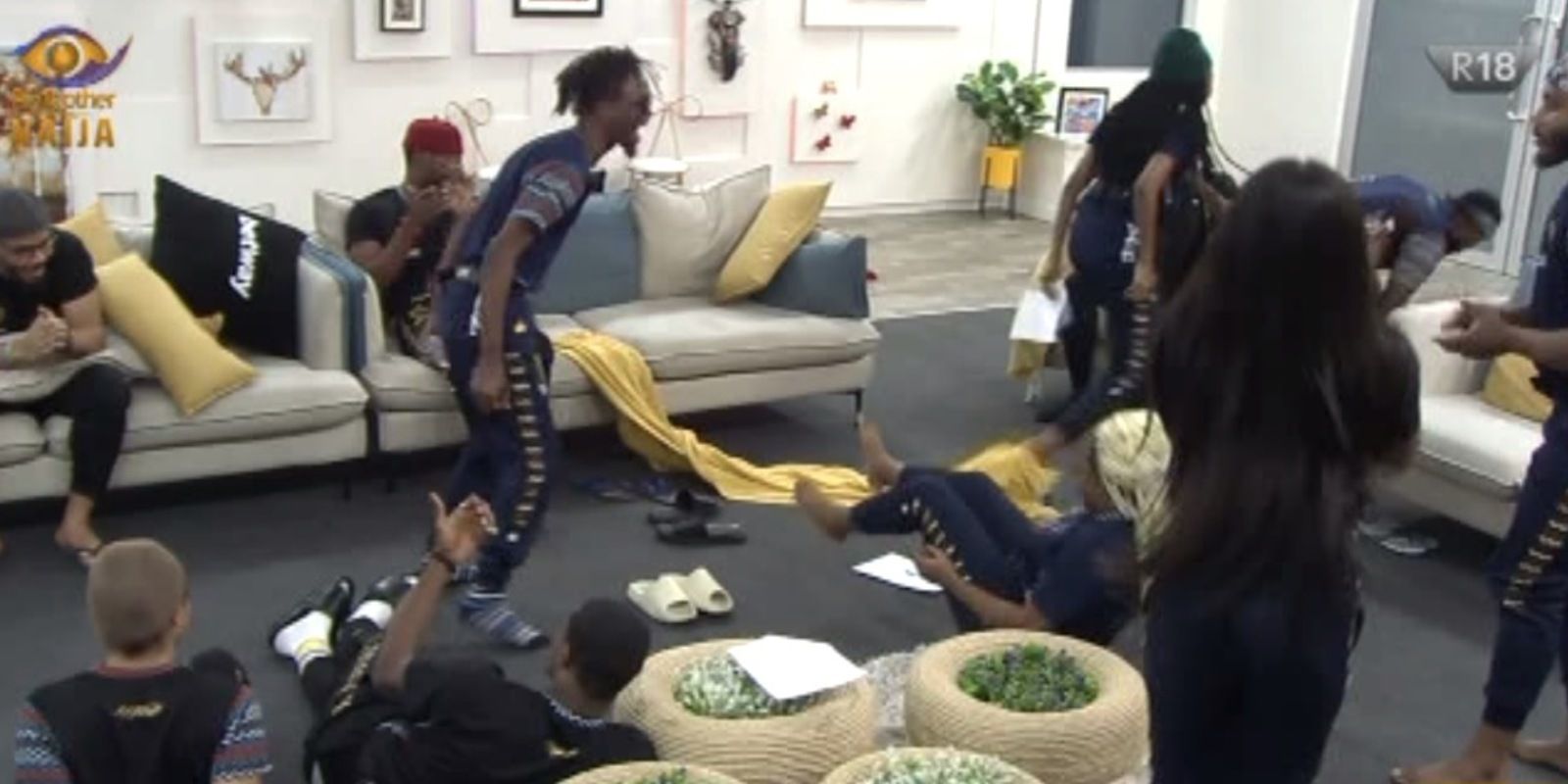 During the evening's games, Biggie asked the Head of House to stand up as he asked her whether she thought that the Housemates had performed their best. A Very confident Erica answered that she indeed thought he Housemates put their all into the tasks and did their best.

In the end, both Teams Won- here's how:

Congratulations to both Teams for their fine performance!

Video
Day 5: Sheggz the smooth operator – BBNaija
Sheggz is not letting his feelings for Bella go unchecked and is determined to win Bella over.
Video
Live Show 4 - 7 Aug: Christy O’s Big Brother Naija journey ends – BBNaija
The self-proclaimed shy girl, Christy O, slowly came out of her shell as her journey progressed in the Big Brother Naija House. She made an impression on Pharmsavi the pharmacist from Day 1, and the two continued to get closer daily. She engaged in a couple of altercations but has maintained her demeanour throughout.
News
Day 23: The Vee and Dorathy misunderstanding
We thought it was fun and Games until Dorathy laughed at Vee.
Video
Day 23: The Guinness Smooth Task
The Housemates take each other on in a series of Tasks to Win cash prizes of N1,000,000 and N2,000,000.