News
31 July 2020
When Neo and Vee started, nobody predicted it would get so intense.
SUBSCRIBE TO WATCH

From the moment Neo noticed Vee enter Biggie's House, there was no doubt that he was interested in being more than just her friend. When Vee reciprocated the attraction and their 'ship launched, it was nothing but blissful smooth sailing. Now as they manage the rough waters of misunderstanding and shifting expectations, we all wonder if this 'ship will continue sailing or be the first one to sink in Big Brother Naija Lockdown.

If we are being honest, this 'ship only sailed because of Vee's go-getter attitude. She initiated the connection by making herself available to Neo and constantly making her intentions of 'shipping with him clear. She was the captain of this 'ship from day one. Neo was the one who dragged his feet and had it not been for Vee's forthright and forward nature, Neo would still be sleeping alone. 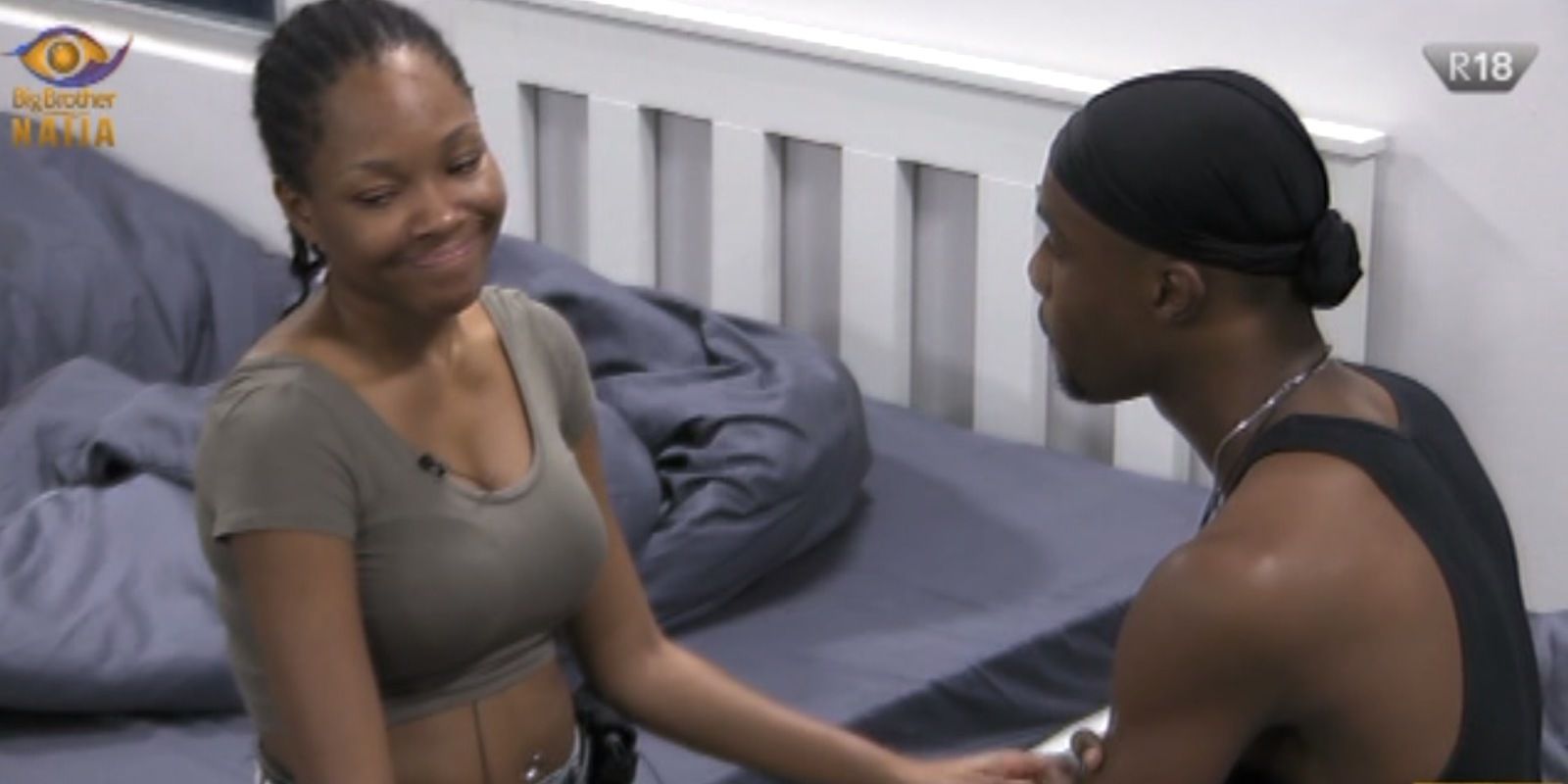 In terms of sharing and showing affection, Neo started by being reserved and unwilling, while Vee used each passing moment to grow the bond and mark her territory.  Over the last three days, there has been a change in the captaincy as Neo began to be more possessive of Vee. During every interaction with another man, Neo could be seen hovering and visibly disgruntled. Our boy was officially hooked and no longer afraid to show it. 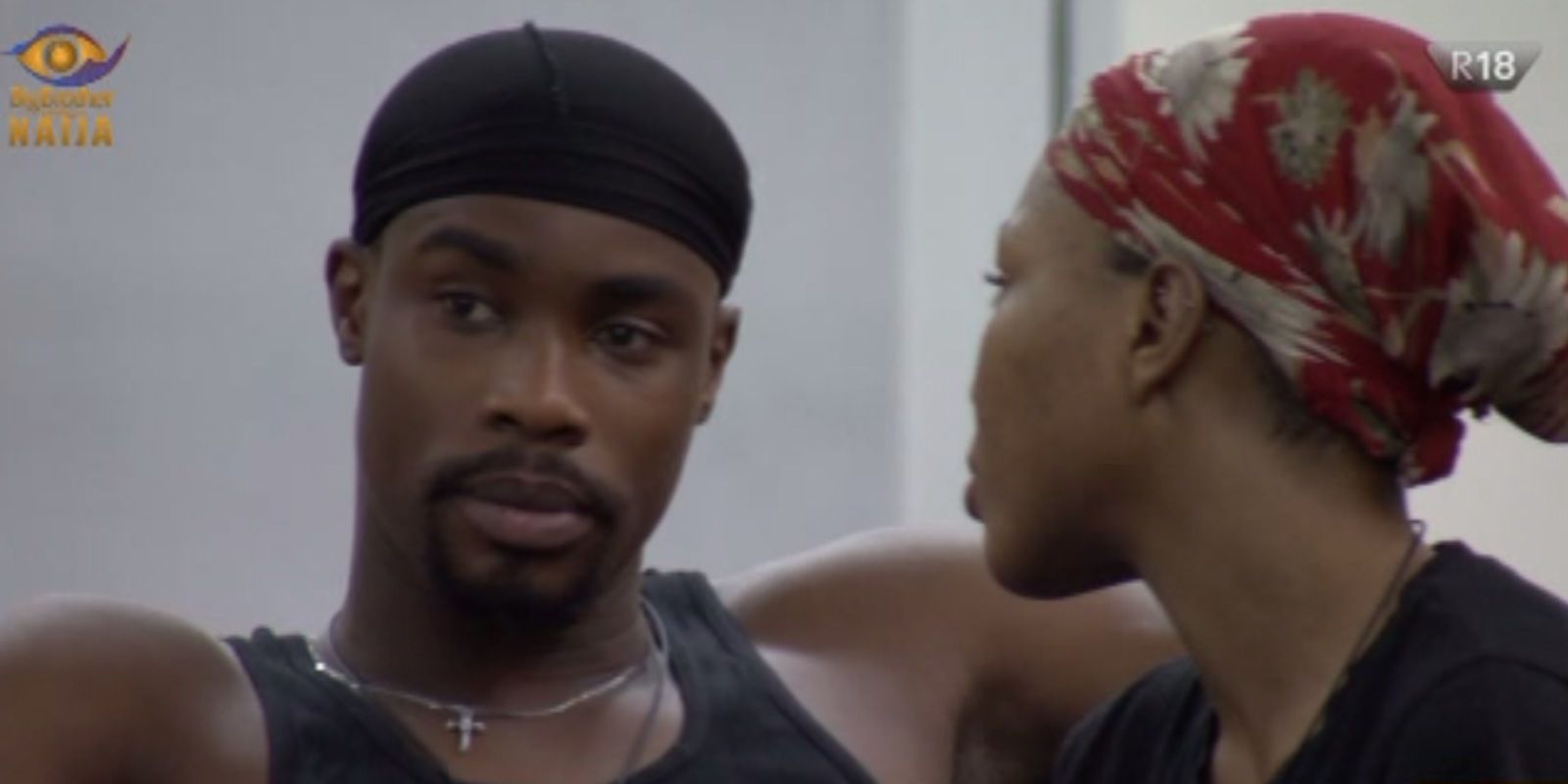 Is the ship sinking?

After breakfast had been served, Neo and Vee sat down in the living room and began a heart-to-heart conversation that threatened to end their 'ship. During the chat, Vee made it clear that Neo is her be-all and end-all, but his constant jealousy isn't warranted. Vee shared that she doesn't have eyes for anyone else but Neo, but his constant clingy behaviour is making it hard for her. At first, Neo resisted her request for a little more freedom. He was so aggrieved by her wishes that he had to take a break from the conversation to sit with Eric and discuss the matter.

During his chat with Eric, there was a noticeable shift in Neo's tone and understanding of what Vee was asking of him. After taking Eric's advice about working out the dilemma, Neo went back to the living room to rehash and resolve the tryst with Vee. This time around, his tone was a lot more authoritative and less confrontational. Neo told Vee that she is lucky to have a man as dedicated and caring as he is. He conceded to give her the space she wants but the force he did it with might have been too much for our lovely lady from London to handle.

Can someone tell Neo and Vee that this is not ultimate love but bigbrother.

They ended off the altercation by sharing an embrace and there is no telling if it marked the end of the issue or if it signalled that this was the last wave that caused their 'ship to sink. The only way we will know is by doing what we have always done, and staying tuned to every moment of Big Brother Naija Lockdown.

News
Day 24: "It's sad Biggie," Nominated Housemates talk to Big Brother – BBNaija
First-time Nominees expressed how surprised they were, while repeat Nominees gave Biggie possible reasons for their return to the list of Nominees.
Video
Live Show 14 Aug: Khalid’s Big Brother Naija journey ends – BBNaija
Making moves silently in his corner, Khalid stole Danilla’s heart and they have been tied to each other’s hips ever since. Always keeping his cool, Khalid made it a point to stay away from conflict, especially with the ladies. Should he be Evicted, he notes that he’ll miss Daniella the most.
News
Day 41: Trouble in paradise
There are a few 'ships in the Big Brother Household that are headed towards towards an iceberg, and the question is will they be able to see it in enough time to avoid it?
News
Day 28: Five times Big Brother made us say kai this week
As another Eviction looms we look back at the action packed week the Big Brother Housemates had.