News
30 July 2020
The guys of Big Brother Naija made Day 10 one to remember.
SUBSCRIBE TO WATCH

When Biggie started calling Housemates to bare their souls, after the chaotic events of yesterday, there was no doubt that this Diary Room session would drop more unfiltered truths than an angry child.

Even though we are approaching two weeks in The Big Brother Naija House, it seems some Housemates have a different idea of what must take place during a solo chat with Big Brother. An excellent example is Brighto who is still to find a niche in the game for himself. His use of his time in the House has had viewers wondering about his plan to avoid Eviction.

In the Diary Room..

BigBrother: Brighto..you've been in BigBrother's House for 2 weeks,
How do you plan on avoiding Evict-

Another topic attracting a lot of attention during the Diary Rooms session was the undeniable attraction between Kiddwaya and Erica. It seems that the pair has the entire twitter-verse wondering if they will turn their obvious attraction into more than just idle chatter and stolen glances.

Can't Biggie call the rest of the housemates to the diary room and lock them up so Kiddrica gist can be heard in peace. These people distracting us with the excessive noise. #BigBrotherNaijaLockdown pic.twitter.com/WYTdtDIe1y

Of all the Housemates who dared to share their truth during the Diary Room session, Biggie's chat with Tolanibaj attracted the most attention, for the wrong reasons. It seems Biggie's insistence on the correct attire when summoned is surprising to members of the Big Brother Nation.

When the need to relax and release yourself from stress arises, the Housemates of Big Brother Naija know how to turn anytime into a good time. After the dramatic Diary Session, the guys found the perfect way to turn tension into a time to never be forgotten. They were supposed to be practising for the Circus Task, but when the situation swivelled into an impromptu wig wearing and shake your goodies session, the vibe changed from work to unforgettable play.

Even the usually safe from ridicule Brighto got his fair share of comments for participating in the hilarious activity.

The wigs were a definite hit and it looks like Biggie might have to consider making this a staple feature in every season of Big Brother Naija.

One thing that has been ridiculously true this season is that this group of Housemates completely applies themselves to every activity they are involved in. It doesn't matter if its a Task, a fight, or just messing around and having fun, the Lockdown team is surely the best bunch of Housemates ever! 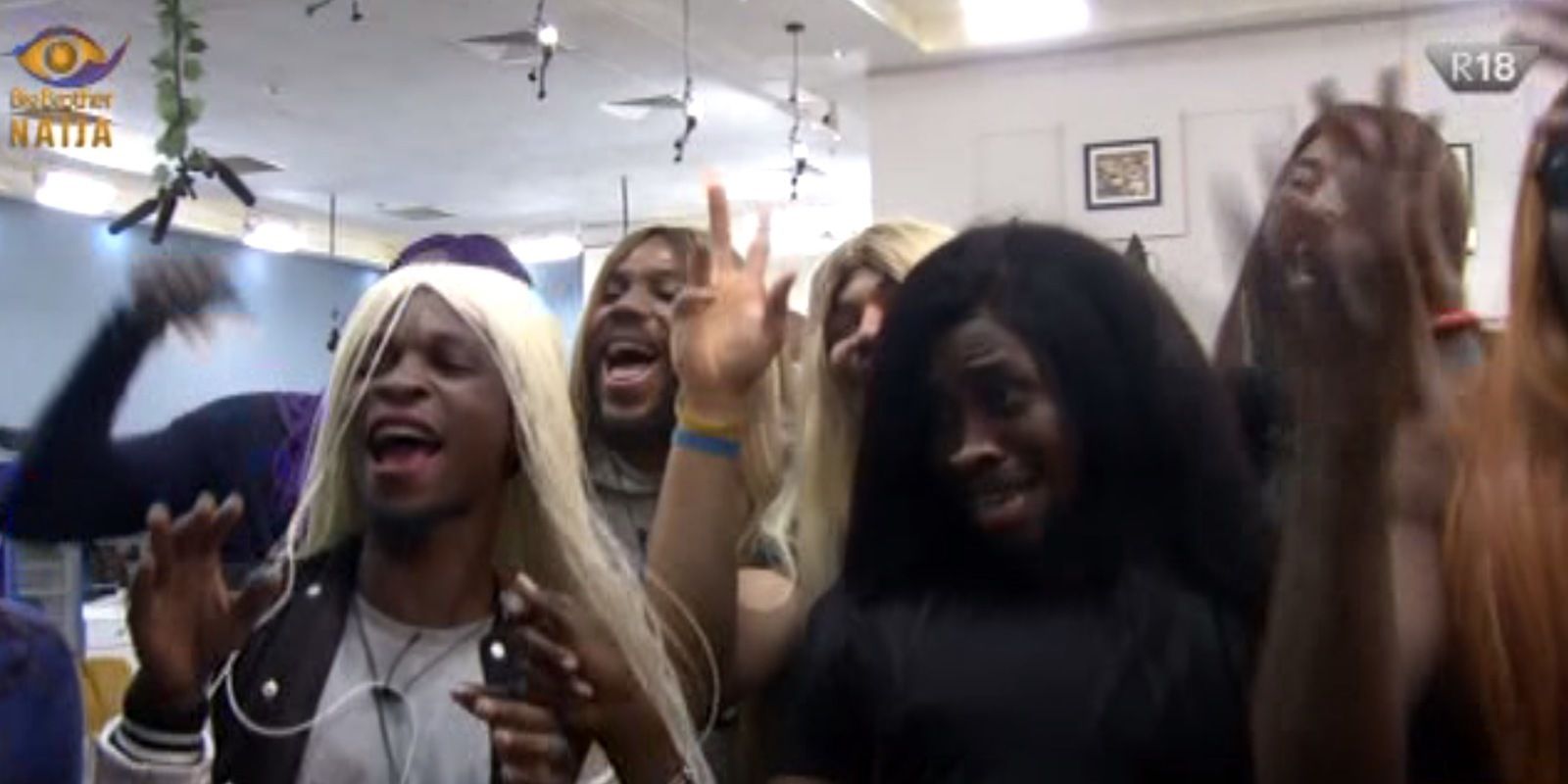 Video
Day 15: Week two in the Level Up House – BBNaija
Ships grew, strikes were issued, and the gist was shared. Week two in Biggie's House has not been without any entertainment as Housemates do all they can to stay in the House till the final day.
Video
Day 12: Who has shared a kiss so far?– BBNaija
Romance has been brewing in Biggie's House, some Housemates being dared to kiss, while others are too shy to leap, or possibly playing hard-to-get?
News
Day 43: Week 6 in Biggie’s House – BBNaija
This week came with surprises, huge wins and a healthy dose of gbas gbos.
News
Day 27: Entanglement palava in Biggie's House
From friendships being redefined to an alleged boy drama, the Lockdown Housemates gave us all shades of gbas-gbos last night in Biggie's House.