News
29 July 2020
The ships in the House have been hit by the stormy winds and their ships face an uncertain future.
SUBSCRIBE TO WATCH

Love is a beautiful thing, but beneath that beauty lies complications. The Lockdown Housemates are finding out how complicated this thing called love is.

With Prince’s interest in Nengi, Ozo's position in her life seems threatened. In a bid to not find out the unsettling truth that he may now be the crowd to their company, he decided the best move was to hit the exit. While discussing the situation with Dorathy, she found it amusing that Ozo wanted to untangle himself from the entanglement he was in with Nengi and Prince. Especially because not too long ago she was also in one with him and Nengi. “This is the same thing that happened between the three of us and now it is happening between you, Nengi and Prince and now you are trying to eject yourself,” she said. Disclosing further, Ozo said, “she (Nengi) feels I am avoiding her. “Are you not,” Dorathy responded. “You are a bloody coward… it was almost as if you were putting too much effort to avoid her and that’s so childish,” Dorathy said, disapprovingly about Ozo’s attitude towards the issue. This entanglement may have upset Ozo way more than he’s letting on, but he insisted that he never lets emotions get to him. 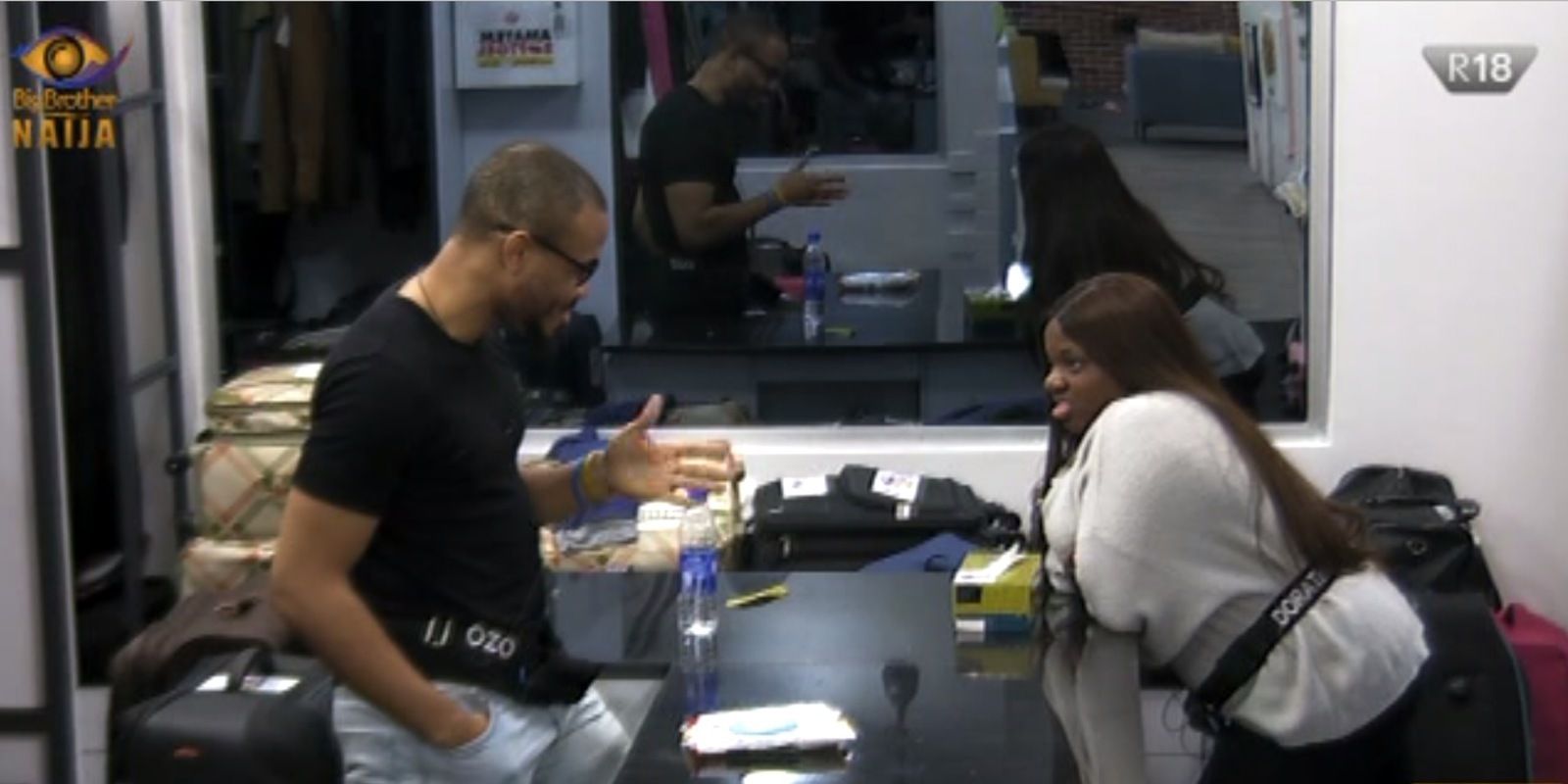 Earlier Lilo complained to Biggie about Eric being a distraction and contemplated avoiding him, but that didn’t last long as the two were back in bed and this time, it was to define the terms of their relationship. “What are we doing? We are just having fun in the House, yeah?” Eric asked. He expressed that he felt they could be real but he really wants to know where he stands so he doesn’t do the most in the House while uncertain of what lies outside. Lilo responded that when it came to Eric she felt certain things and liked being around him, but “I won't tell you I’m not in a relationship when I really am,” she said as the conversation broached the relationship she was in outside the House. She also expressed uncertainty about Eric wanting to be with her outside the House. She suggested they take it slow and see how it turns out. 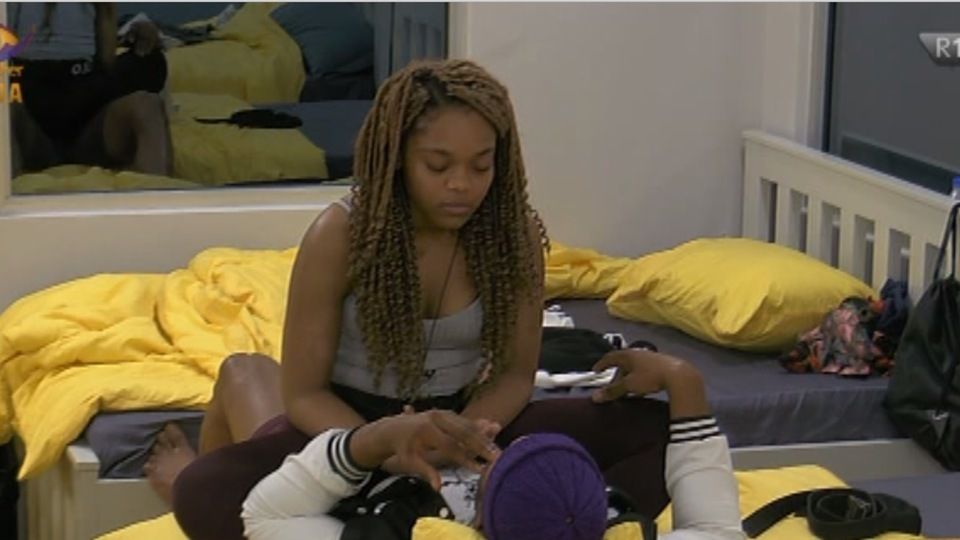 This uncertainty didn’t stop you from rooting for them

I like both Lilo and Eric..... they both have feelings for eachother, it’s overwhelming. They don’t need to call it quits, all they need is socialize with other HMs and they will be fine.

You also saw that nothing good might come of it

Eric to Lilo: what are we doing ?

Me: You’re doing yourselves. #BBNaija

He is not my boyfriend

All isn’t well between Vee and Neo. She complained to Lilo about the silent treatment she was getting from Neo. “We haven’t been talking for a while, I will continue carrying on like I usually do until he is ready to come around.” Lilo who just had the talk with Eric encouraged Vee to also have the same with Neo. “You guys should have the talk and if he doesn’t say anything, you can let it go,” she said. Vee expressed her frustration with his mood swings and that even though she liked him, she wasn’t going to stress for anybody. “If he has the guts to sleep in this bed and not tell me what’s wrong, I’d gladly sleep off,” she said. 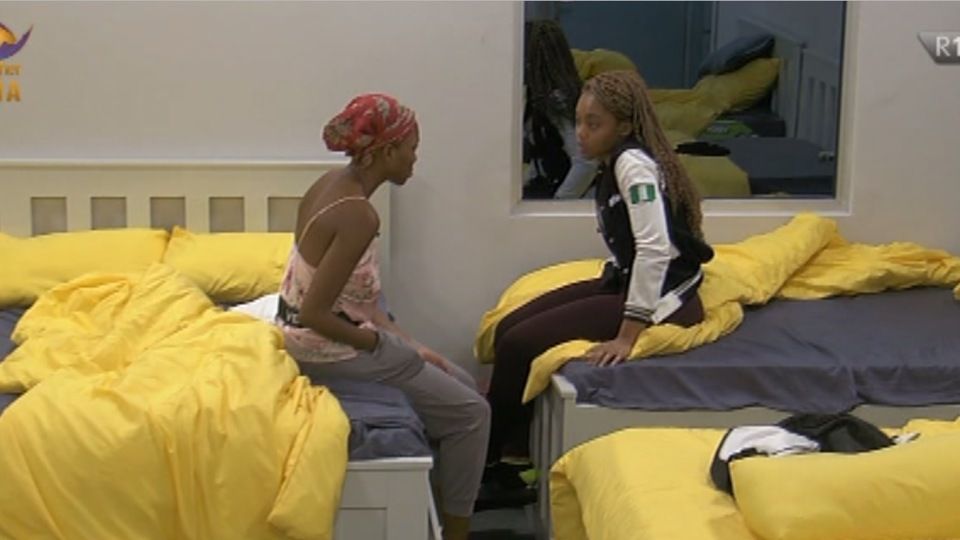 Their ships are crashing... first Lilo and Eric... now Vee and Neo

Video
Day 22: Phyna and Groovy get cozy – BBNaija
Phyna and Groovy get into a little private time under the duvet just a day after he confessed to having feelings for Chomzy.
Video
Day 21: A sweet surprise– BBNaija
After a long day of preparing and taking part in the weekly Wager Task, The #BBNaija Level Up Housemates get a sweet surprise from Johnnie Walker.
News
Ebuka set to dazzle on BB Naija Season 6
Back like he never left; our Host like no other, Ebuka!
News
Analysing the Ships in the House – BBNaija
The triangles, entanglements, flirts, cruisers and the love sprung